First seen shortly before its launch in Asia, the Nike Dunk High “Dark Russet” continues its rollout across Europe on February 6th.

Although arguably more appropriate for a fall release, the forthcoming pair delivers shades of brown that’ll complement any brighter, spring-ready ensemble. A dark velvet base is overlaid with lighter earth tones, while profile swooshes add a bronze-reminiscent tone into the mix. Labels on the tongue also indulge in the “Dark Russet” medley, but present a “White” backdrop to the North American company’s iconic logo. Midsoles also opt for a “colorless” makeup, but the Air Jordan 1-like outsole deviate ever-so-slightly with their off-white arrangement.

A stateside Nike SNKRS launch is likely in the works, but that’ll occur after the Dunk High‘s run in Europe, which begins on February 6th.

Elsewhere under the NIKE, Inc. empire, the Air Force 1 is celebrating its 39th anniversary in style. 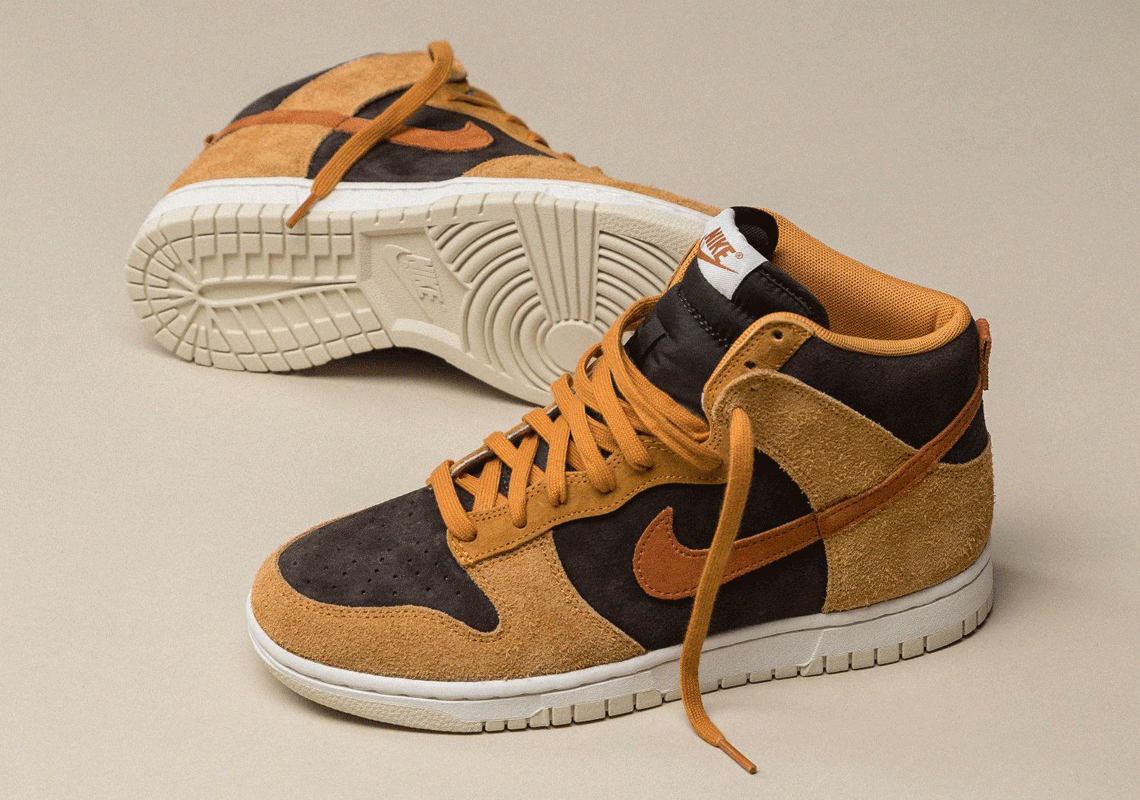 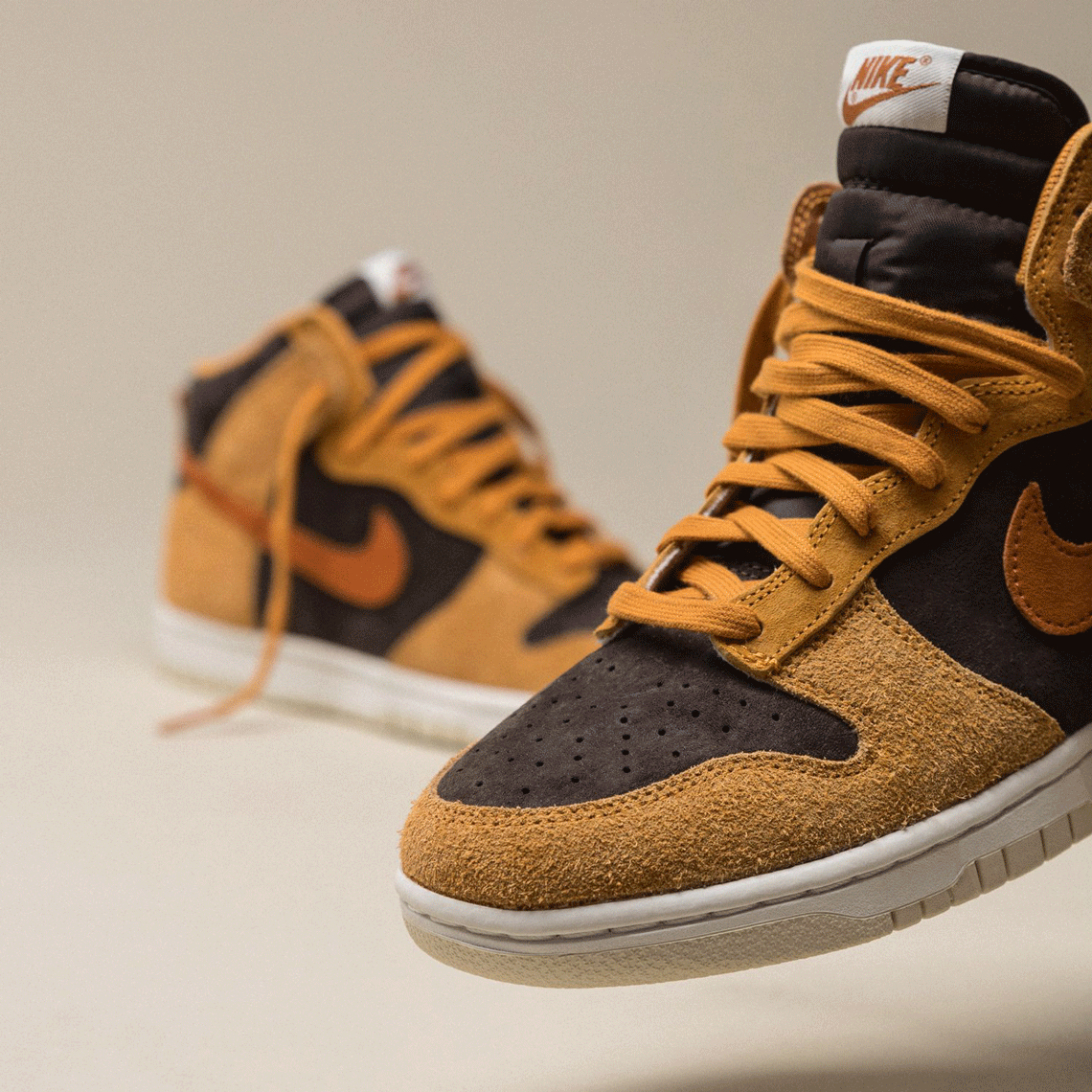 The post Where To Buy The Nike Dunk High “Dark Russet” In Europe
appeared first on Sneaker News.

The post Where To Buy The Nike Dunk High “Dark Russet” In Europe appeared first on Sneaker News.