Mere moments before COVID really set in, New York Fashion Week went on with little delay. Alongside some Reebok-sponsored showings, Nike had their very own event that season, one that starred collaborators like Virgil Abloh, Matthew M. Williams, UNDERCOVER, and, of course, Yoon’s AMBUSH. It was then that we first caught glimpse of the latter’s Dunk High, a wild transformation of the silhouette that drew influence from Japanese bike, car, and truck culture.

Today, we’re awaiting the release of said collaboration’s second offering: the “Cosmic Fuchsia.” Compared to its neutral, White/Black counterpart, the colorway is bold, treated entirely in the aforementioned shade. There is some very slight variation in pigment, however, as the leather overlays are done up just a bit bolder than the construction underneath. And while the pair is primarily grounded in this muted floral, many of the more pronounced features — such as the bike pipe inspired Swoosh or the raised, protective collar — are finished in the louder variation.

In other news, sacai’s VaporWaffle Dark Iris was revealed in better detail yesterday. 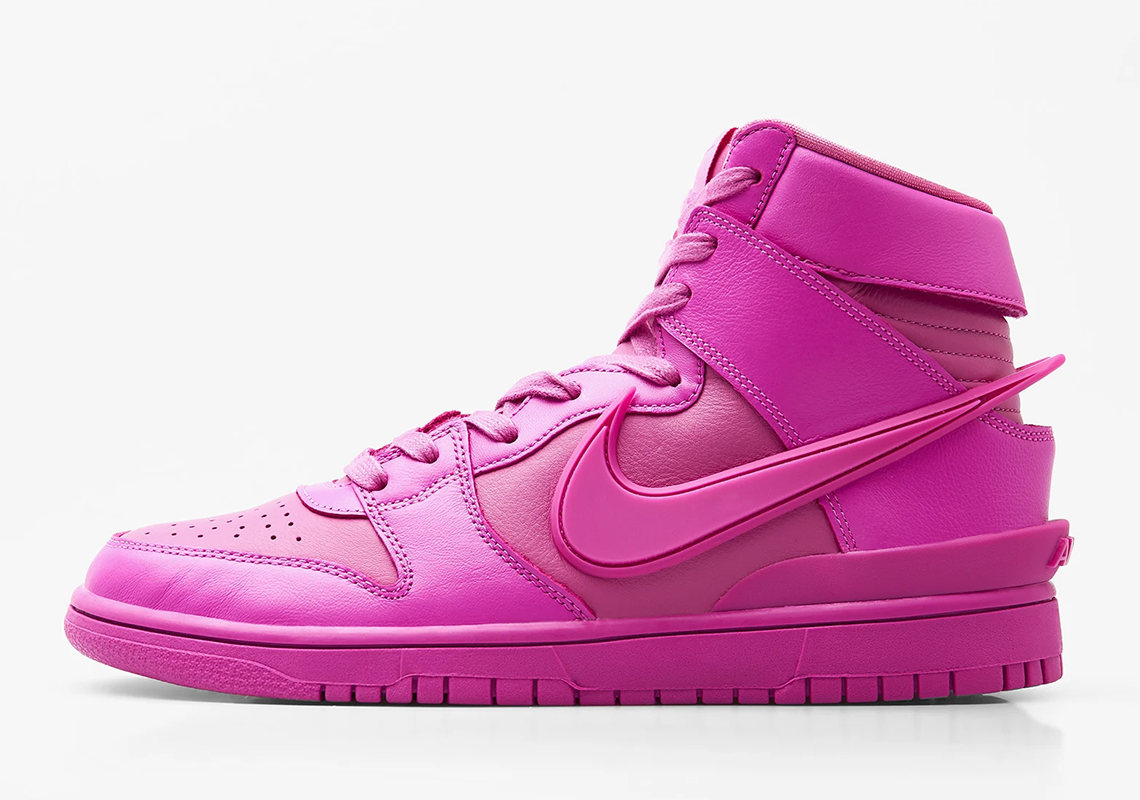 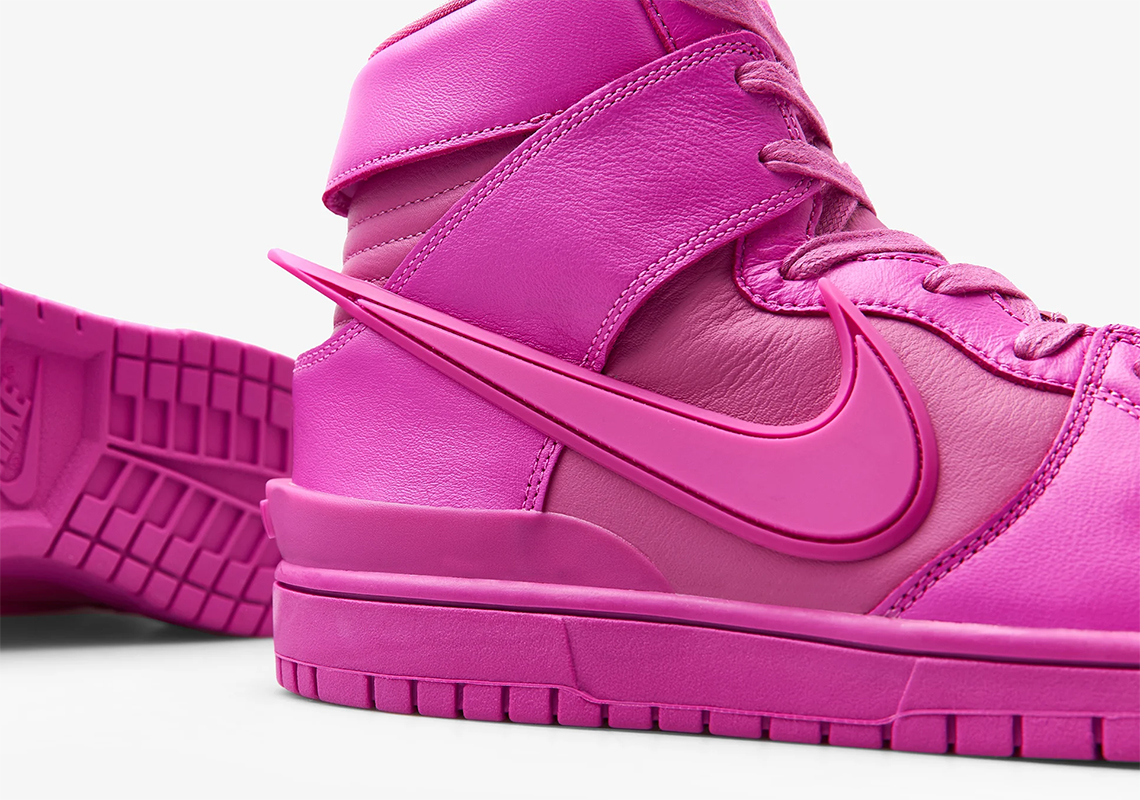 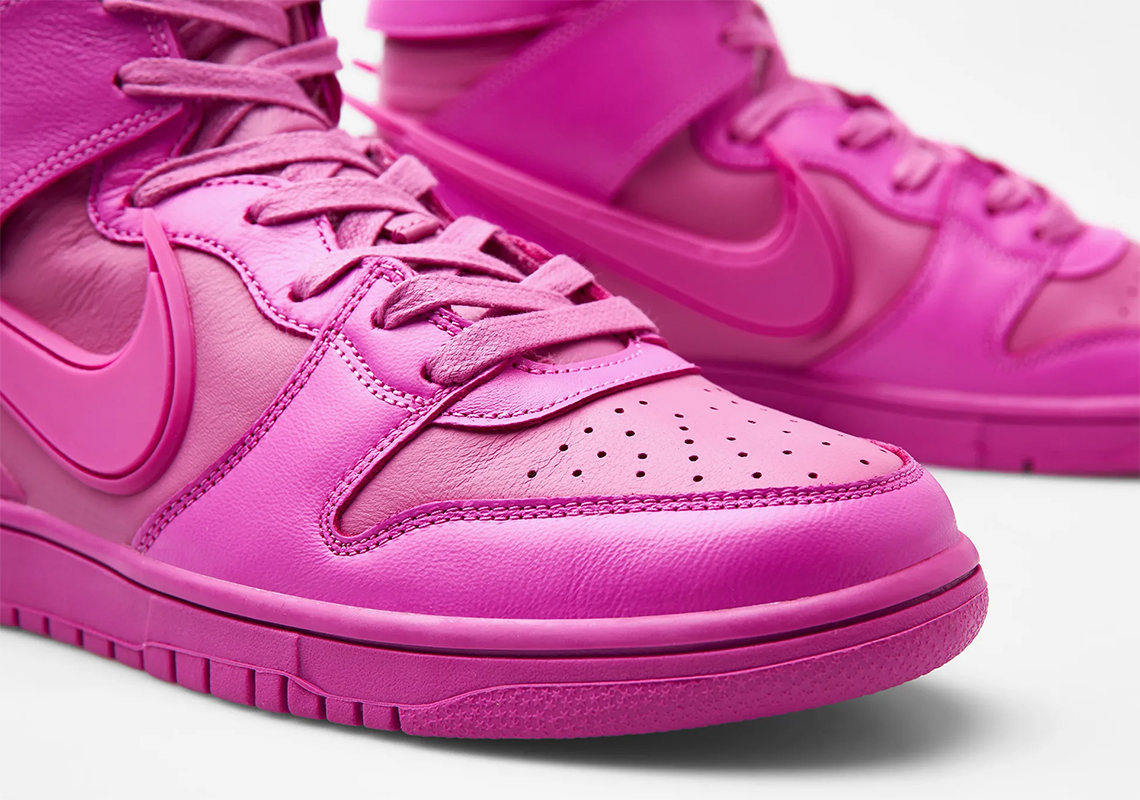 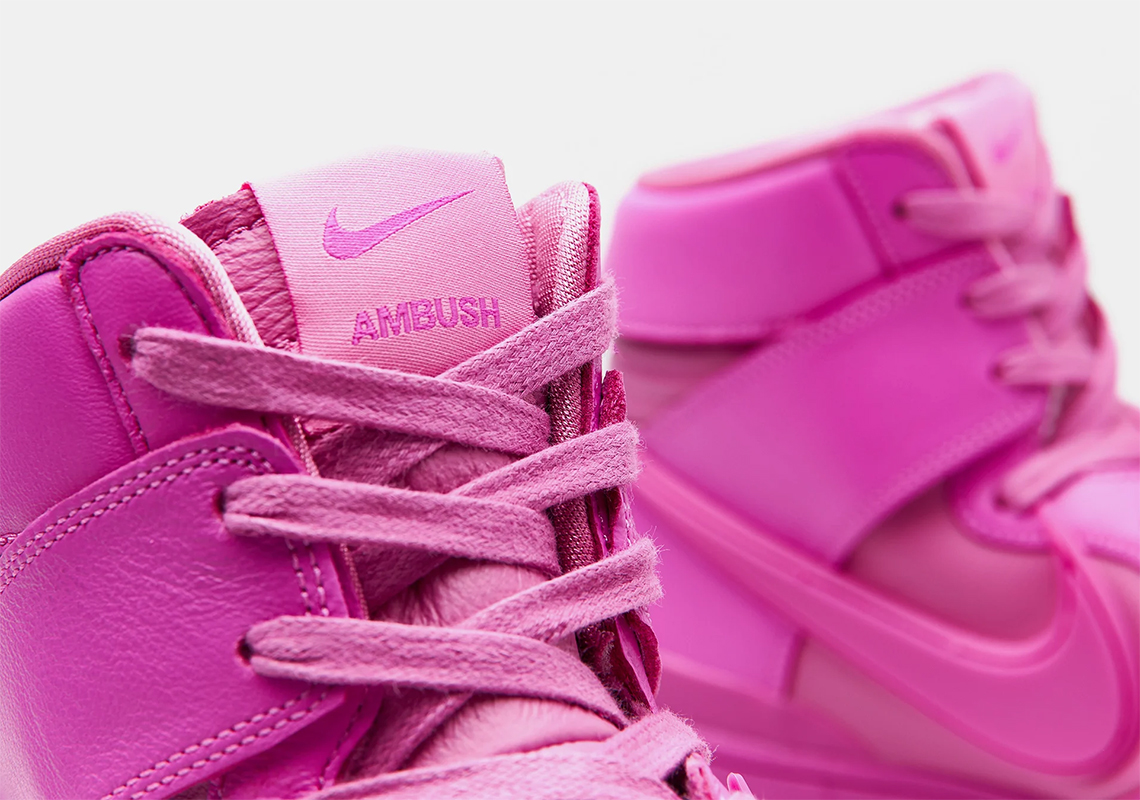 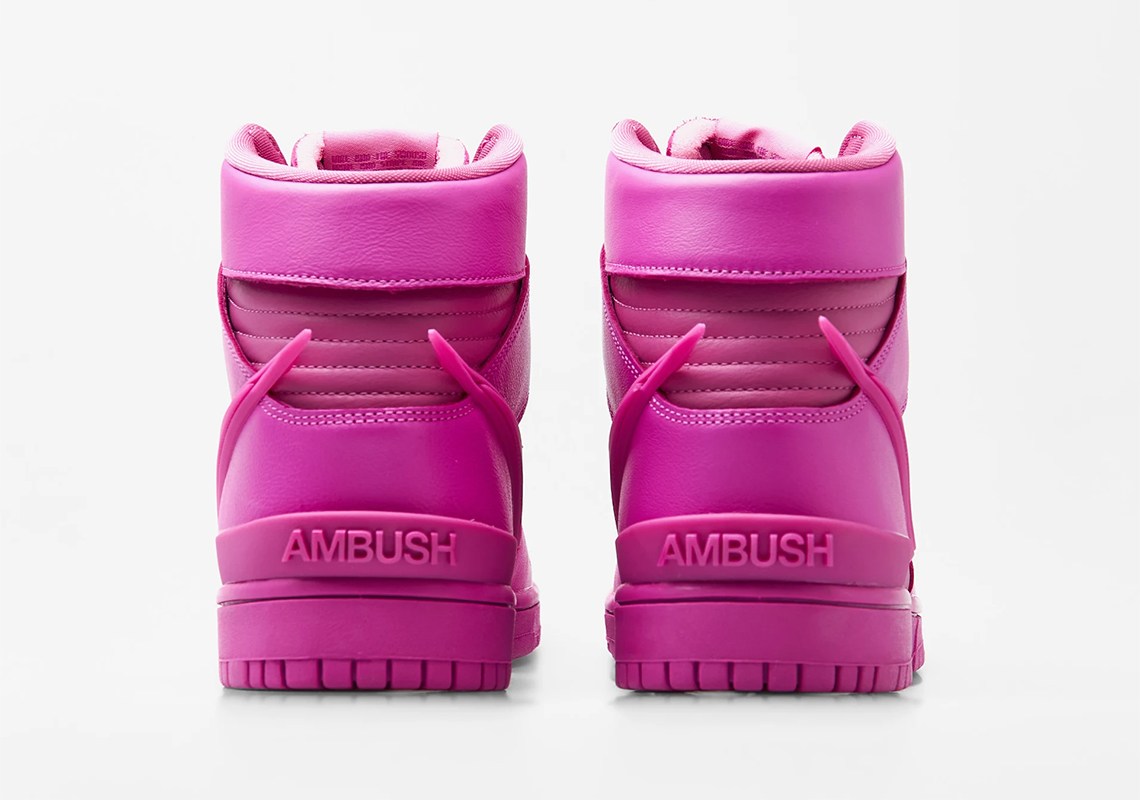