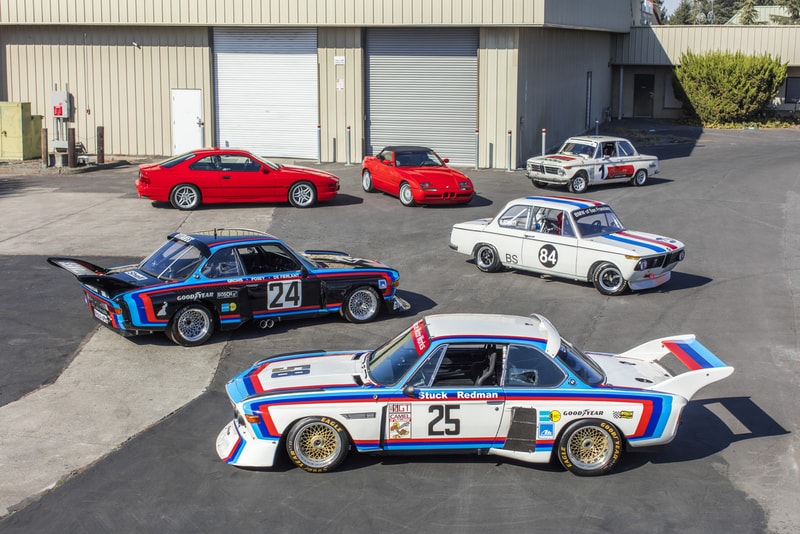 One of the world’s most prestigious collection of vintage BMW racecars is about to be presented this month in Stratus Auctions‘ latest sale, bringing rarities such as a Sebring-winning 1974 BMW 3.5 CSL IMSA “Batmobile.”

All seven models are presented within the Henry Schmitt collection — the owner of BMW San Franciso — and each is renowned in its own right. The “Batmobile” is easily the gem of the lot, as it’s number 987 which means it is the Sebring-winning car and, as a result, has racing credentials in the U.S. and the rest of the world. Iconic for its wild styling, sweeping wide body, and frankly colossal rear wing, the car is finished in its original white, blue, and red racing livery and presents itself as a peerless racer.

It’s fitted with a 3.5-liter M49 engine which is supported by a five-speed “dog leg” transmission, and is offered in race-ready condition. Joining this is the 1975 BMW 3.5 CSL Continuation, which was built to FIA specifications using an original chassis in white from BMW Motorsport. Despite its ALPINA Motorsport livery and it features all of the necessary bells and whistles, this car has never been raced and is in immaculate condition.

Other race cars include the M6 GT3, which was raced at the 2018 24 Hours of Spa-Francorchamps where it came second. It’s a fully-equipped modern racer and is fitted with a twin-turbo V8 engine that’s mated to a full-competition six-speed sequential Ricardo gearbox and rear transaxle.

Joining these are the two 2002 models, one which is presented in a rally-spec and the other in a traditional BMW race finish. The 850 and ALPINA Z1 are both finished in red and are impeccably presented versions of road-going cars.

Take a look at Stratus Auctions’ collection above, and head over to the auction house’s website to find out more about when the cars will be up for grabs in the new year.

In other automotive news, Mazda has added the RX-7 to its Heritage Parts program.