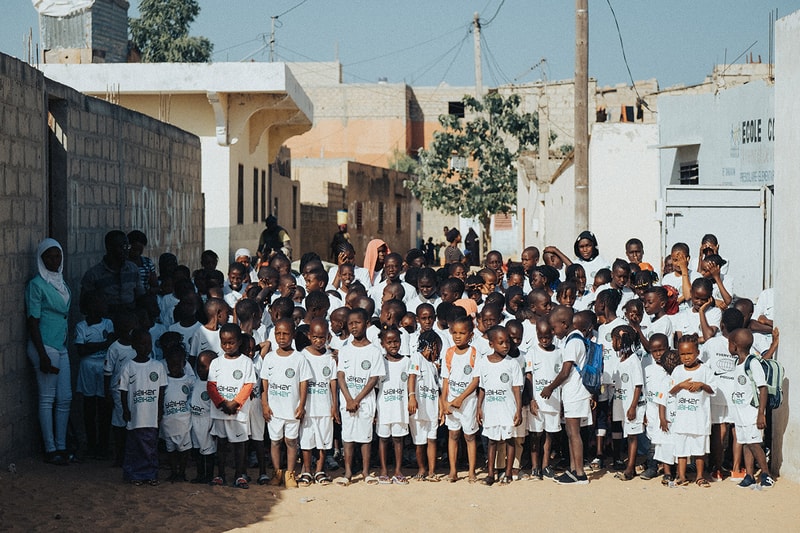 Online retailer Pro:Direct Soccer and Nike Football has linked up to help launch the Yakar Project, a sports-inspired initiative aimed at improving the lives of underprivileged Senegalese children.

“Yakar” — which translates to “Hope” in Wolof, the national language of Senegal — is printed twice on the front of a sleek white football jersey, beneath a double Nike Swoosh and a one-off crest designed for the ADE School in Thiaroye, an underprivileged suburb on the outskirts of the country’s capital.

Inspired by the impact football had on the day-to-day lives of the children living in these areas, Jonathan Szwarc co-founder of the Yakar Project, started the foundation in a bid to help children build on their football skills, in what has become a vital daily activity for them.

Following the project’s launch, the team returned to ADE School to gift five hundred football shirts to the children late last year. Now the pair has released 150 limited-edition shirts via the Pro:Direct Soccer webstore from today, with all profits from the sale going towards the build of a football pitch at ADE school.

You can find out more about the Yakar Project and its other work here.

In other news, Nike’s OverBreak SP in “Fossil” has finally been given a release date.