There may exist an infinite number of Blazer iterations since the basketball sneaker first came onto the scene in the late 1970s. For 2020, Nike made that quite literal with the introduction of the Blazer Mid Infinite under their experimental D/MS/X umbrella, adding hardened piping around the Swoosh, heel, forefoot foxing, and heel to exaggerate the dimensions of the hoops-turned-lifestyle sneaker. Dropping already in several colorways for women, the Blazer Mid Infinite appears once more in a white, electric green, and sunset pulse mix that adds a fruity watermelon fix to a white leather base. Unlike the other members of the D/MS/X family, the Blazer Mid Infinite actually sticks close to the original construction as it features that ’77 flair with leather uppers, vulc soles, and exposed sponge on the tongue.

This lifestyle shoe for women will be hitting retailers shortly with an MSRP of $110, with more colorways likely to come as the new year turns.

In other Nike updates, check out what’s been changed with the newly unveiled Kobe 6 Protro. 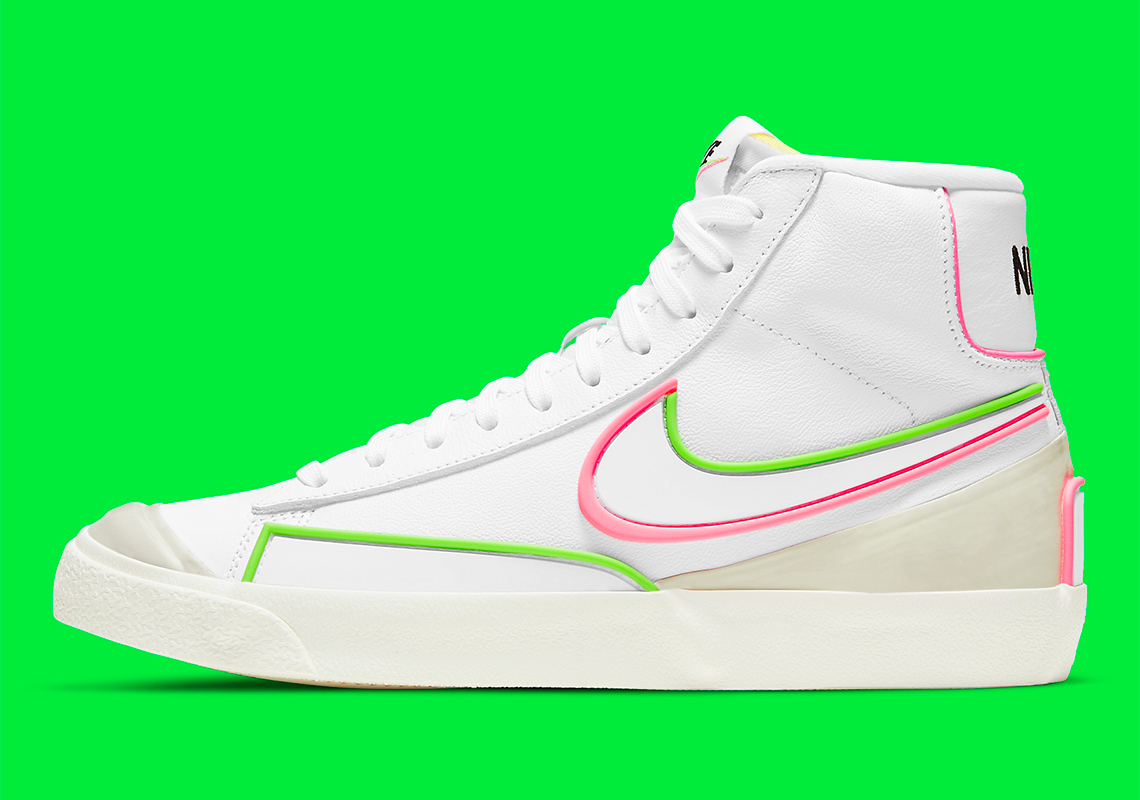 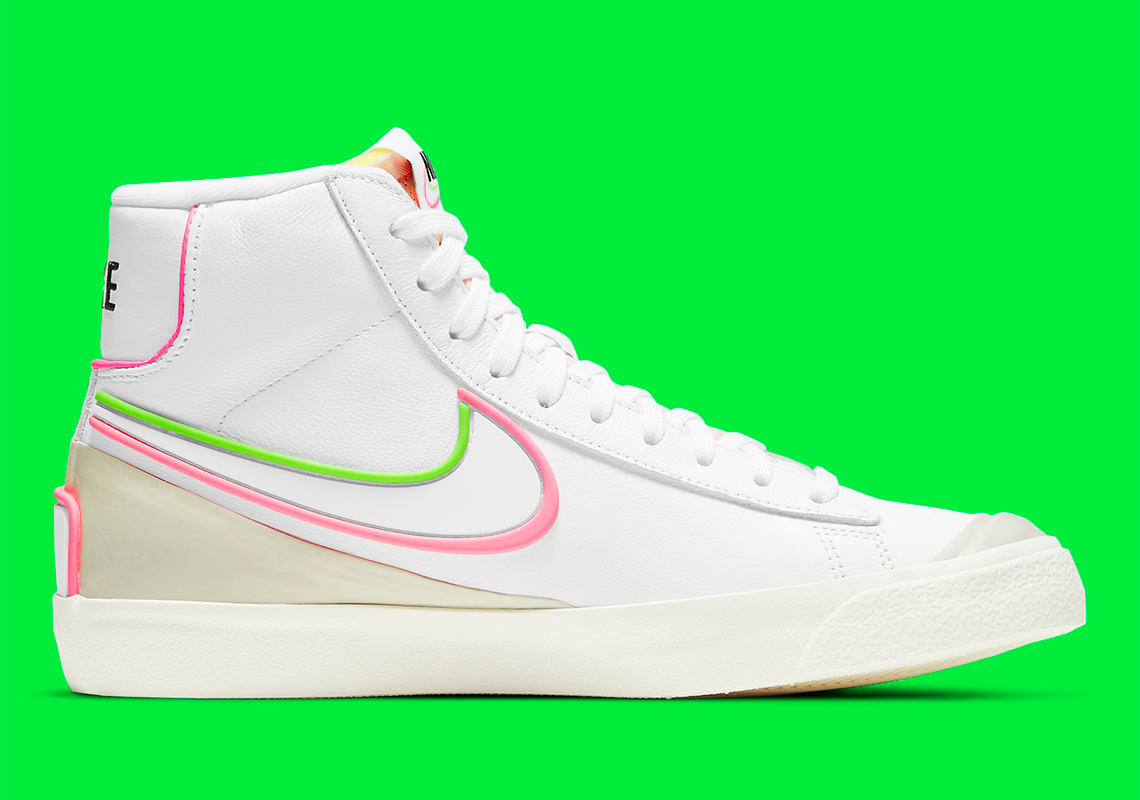 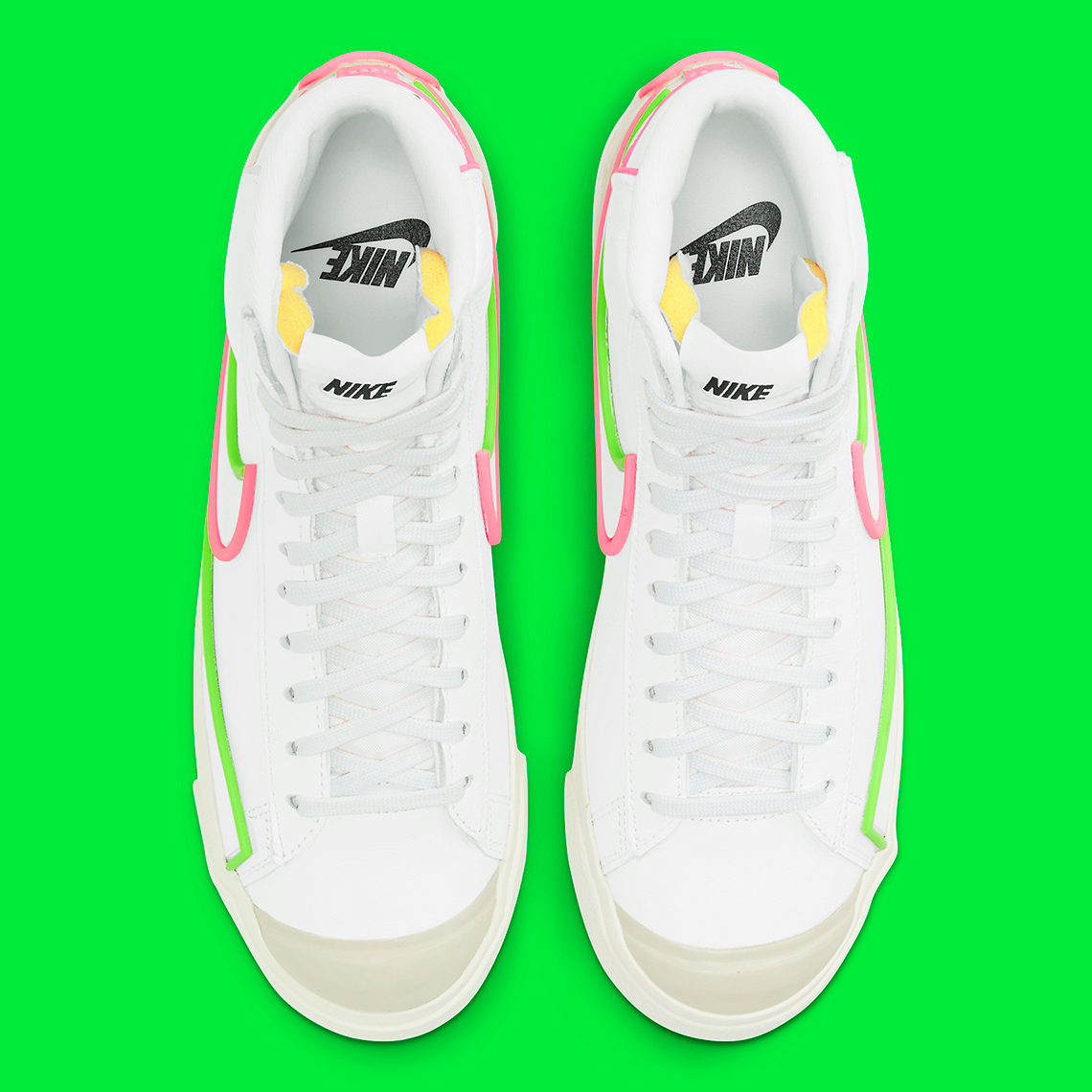 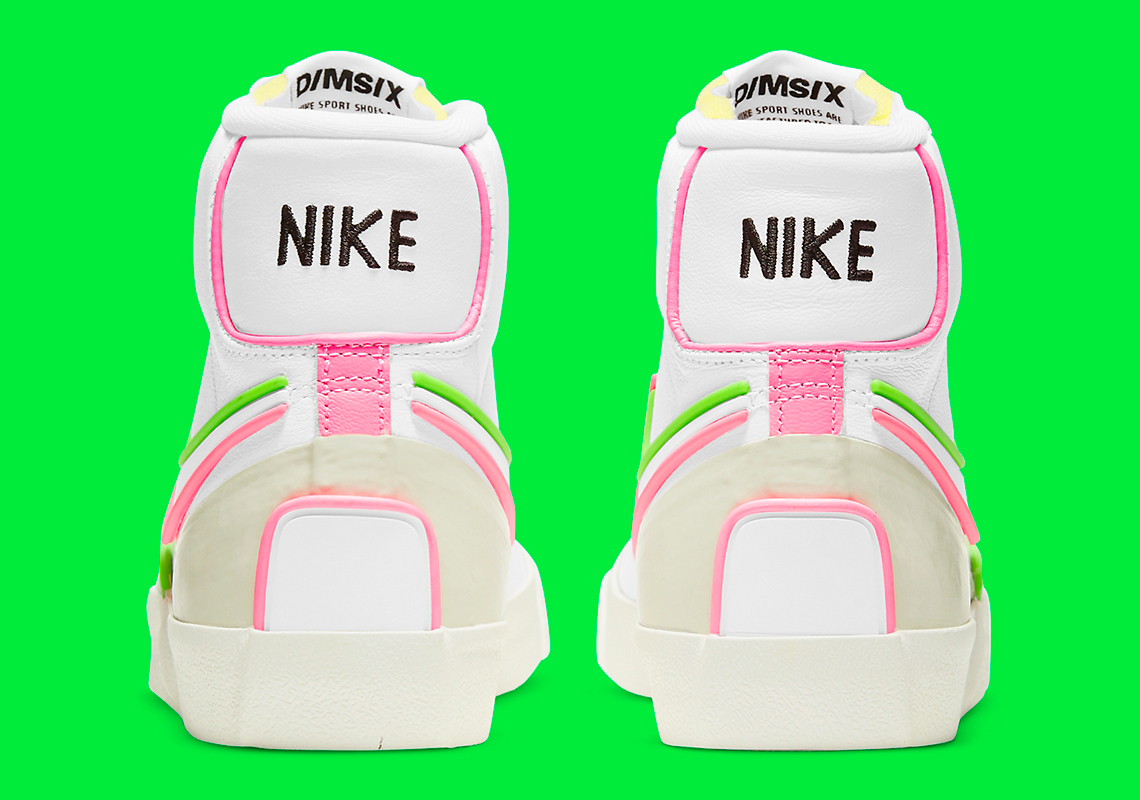 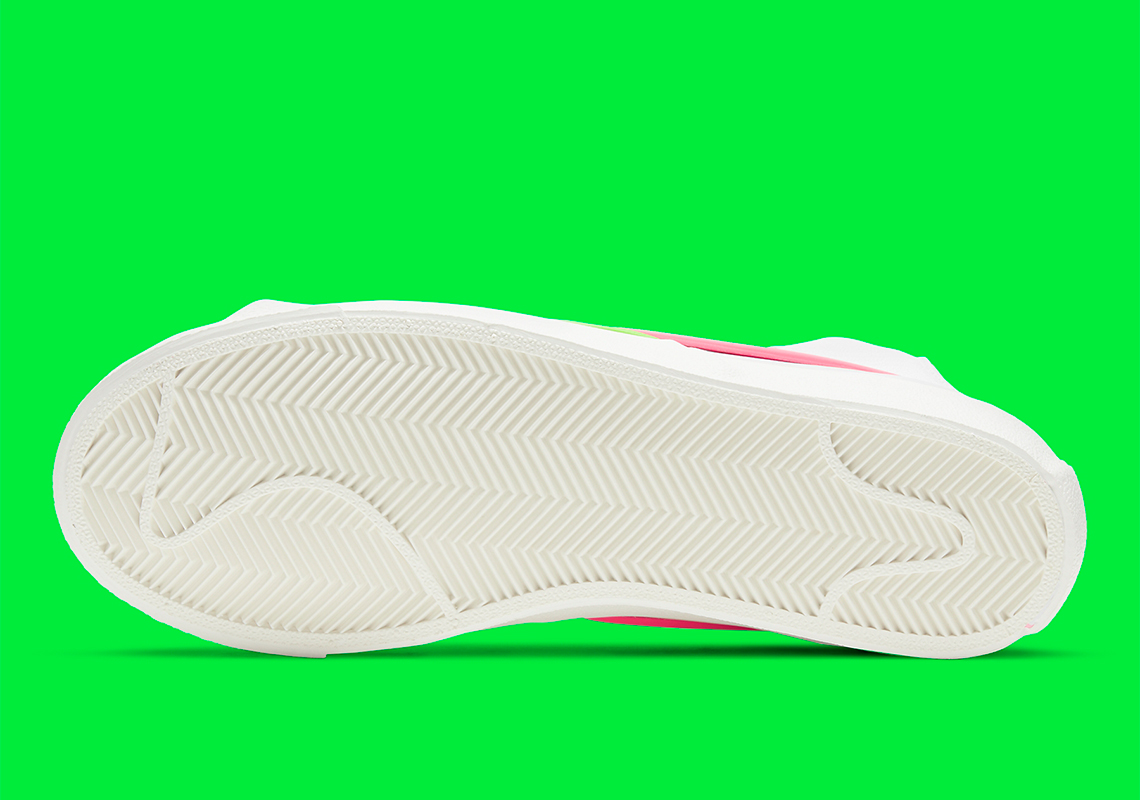 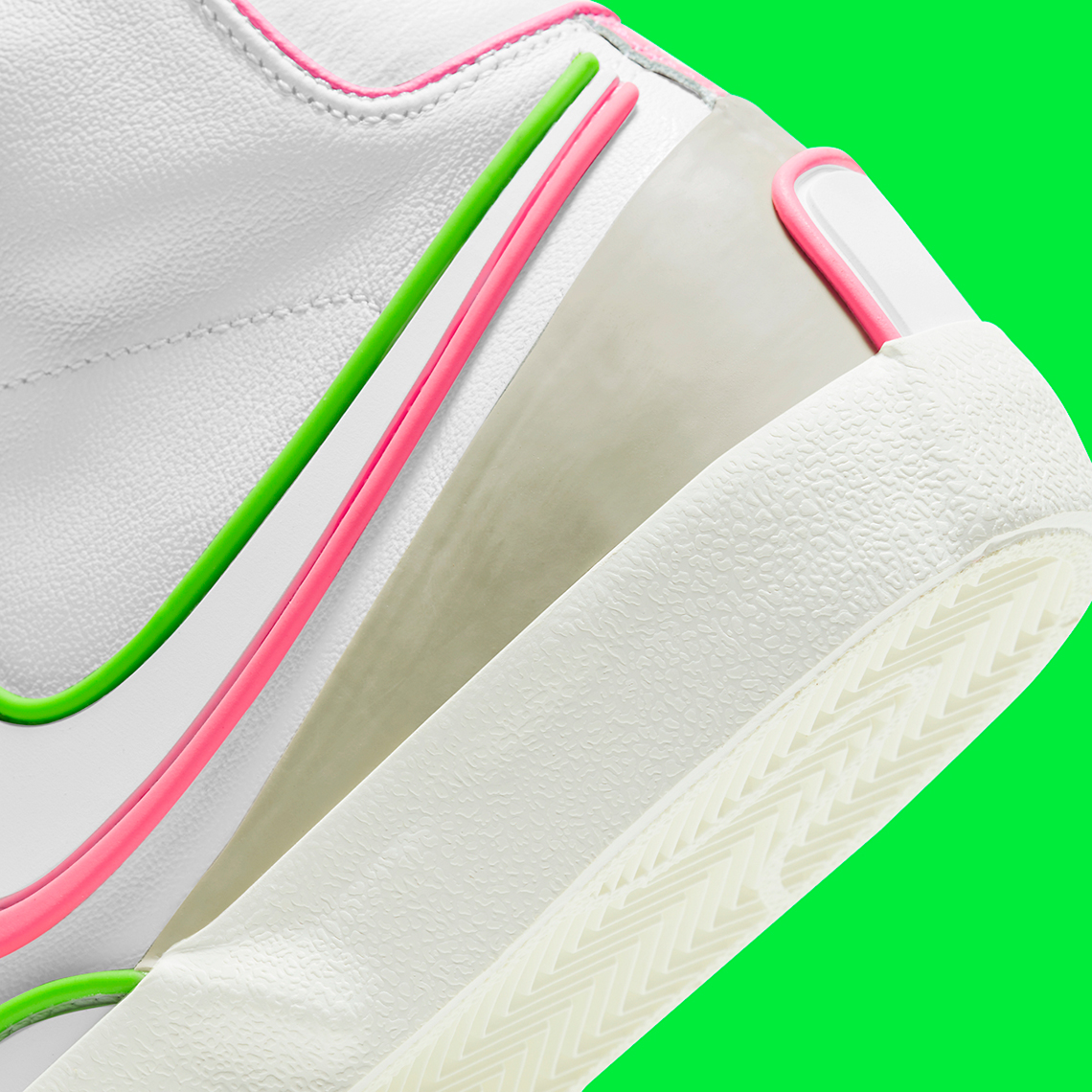 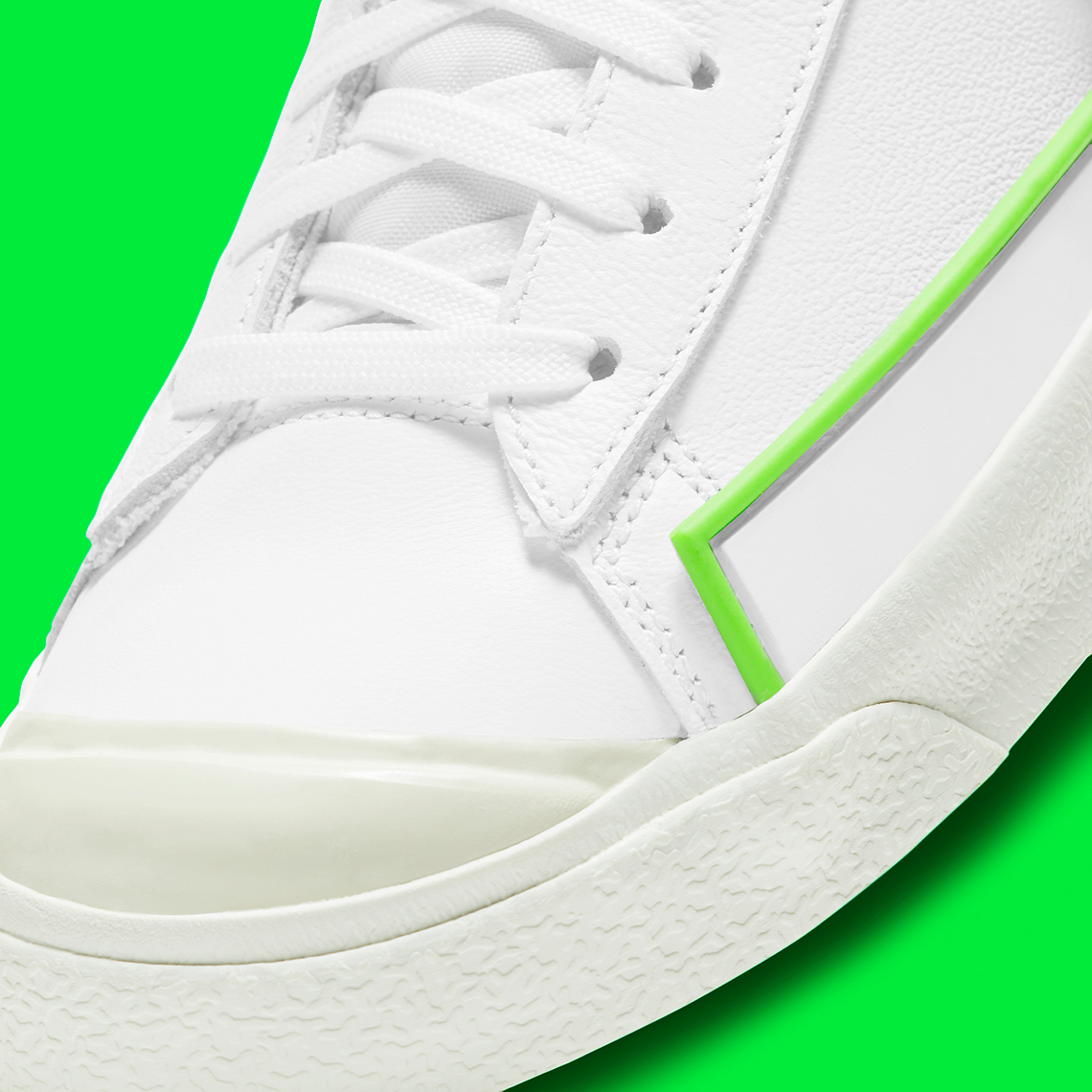