Teased months prior during fashion week, the sacai x Nike VaporWaffle was an assured hit well before its official debut. Desired partly for its design and partly for its designer, the silhouette has since introduced two neutral colorways to positive reception. And now, to close out the Fall/Winter ’20 season with a bang, the Japanese label is offering another two: first, the Brazil-esque “Tour Yellow.”

In terms of its construction, the pair is somewhat more straightforward when compared to the LDWaffle. Rather than double up near every one of its details, the model’s upper is visually streamlined, with Swooshes only seeing lowered, printed afterimages. Only the tongue and its laces seem to come in pairs, alternating between “Gorge Green” and the titular yellow in fashion similar to the suedes, mesh, and leathers just below. Further down, the tooling then coats itself in a bleached white, poorly masking its Frankenstein’d architecture.

Grab one more detailed look at these right here and expect a release to hit retailers and Nike SNKRS tomorrow, 12/17. To make sure you secure your W, check out the sacai VaporWaffle Tour Yellow Store List.

In other news, the Air Max 95 Neon will also be releasing tomorrow. 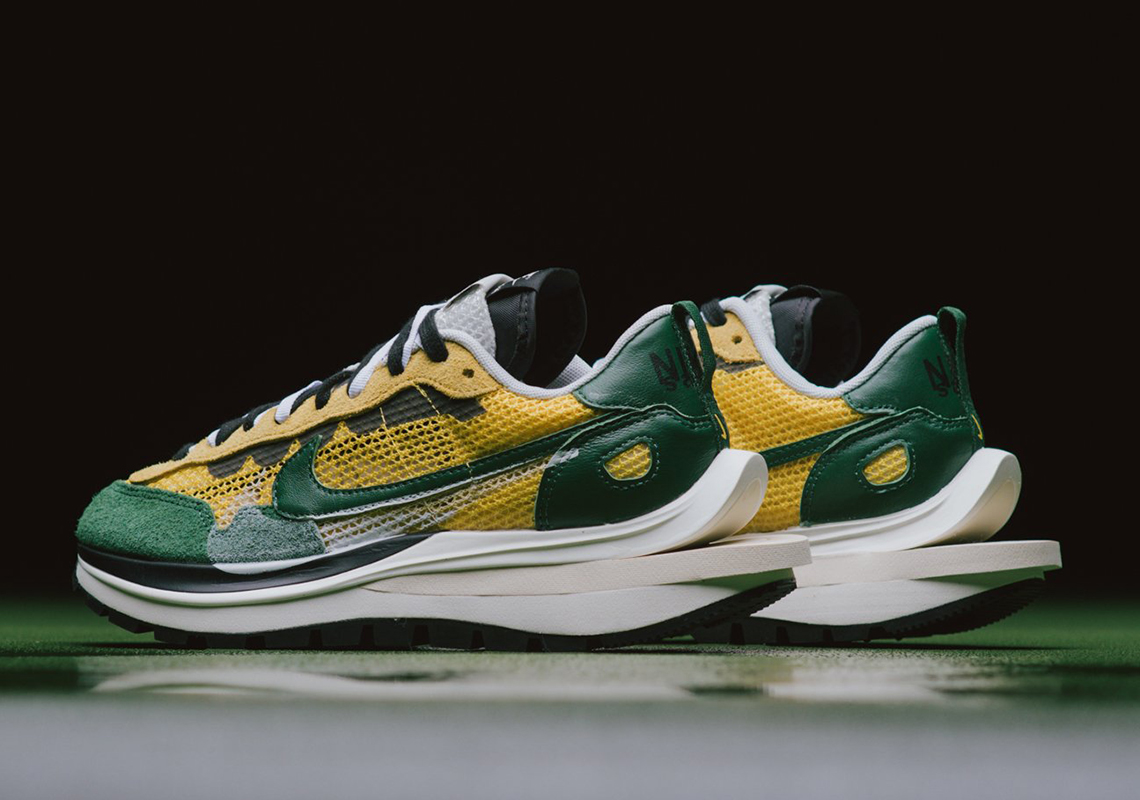 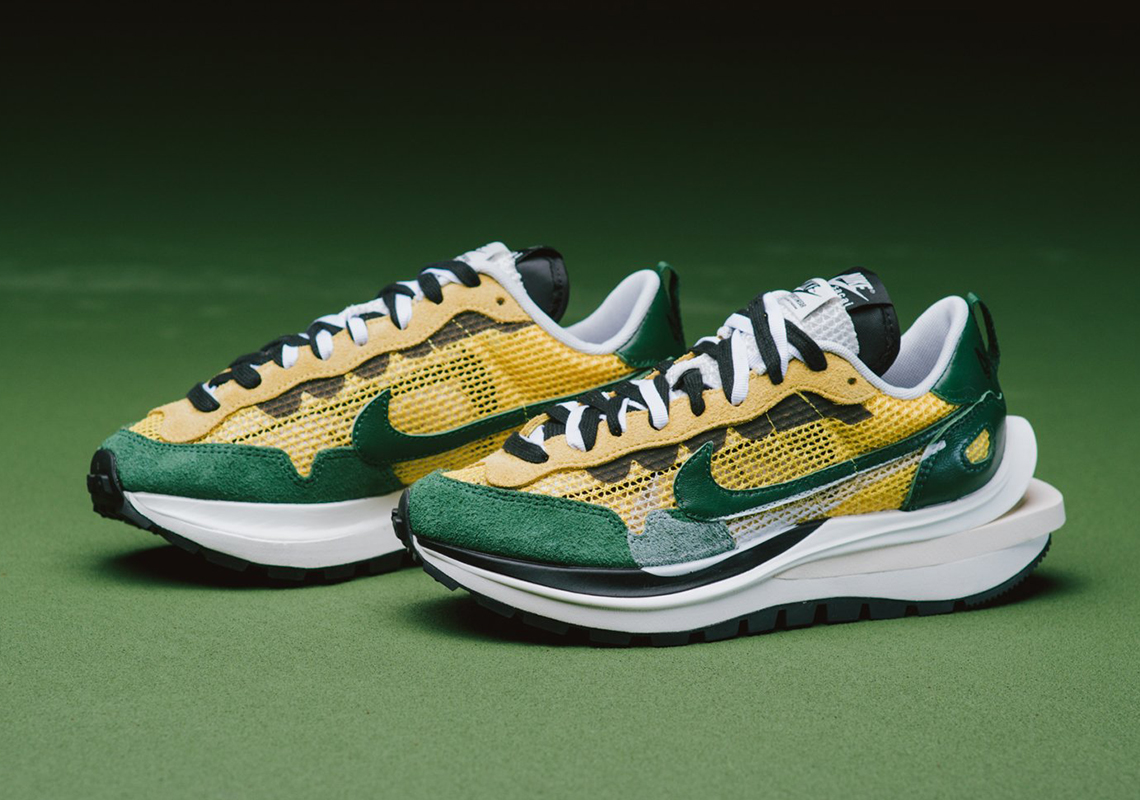 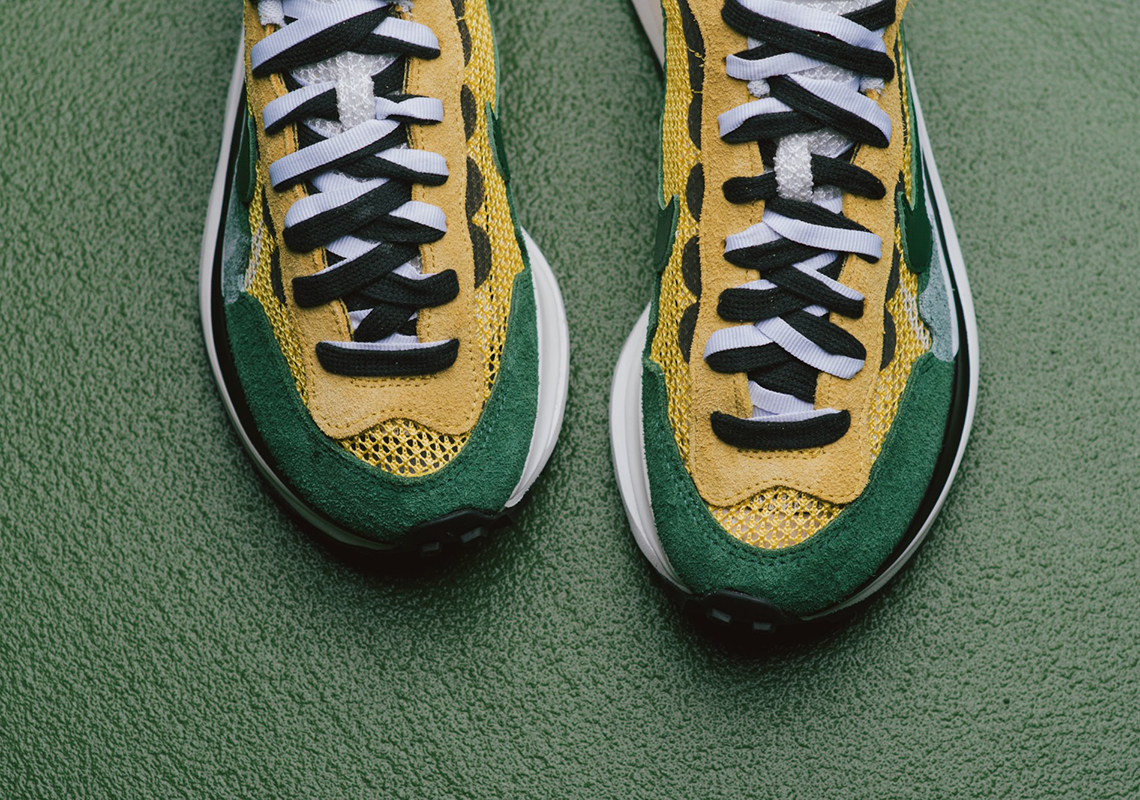 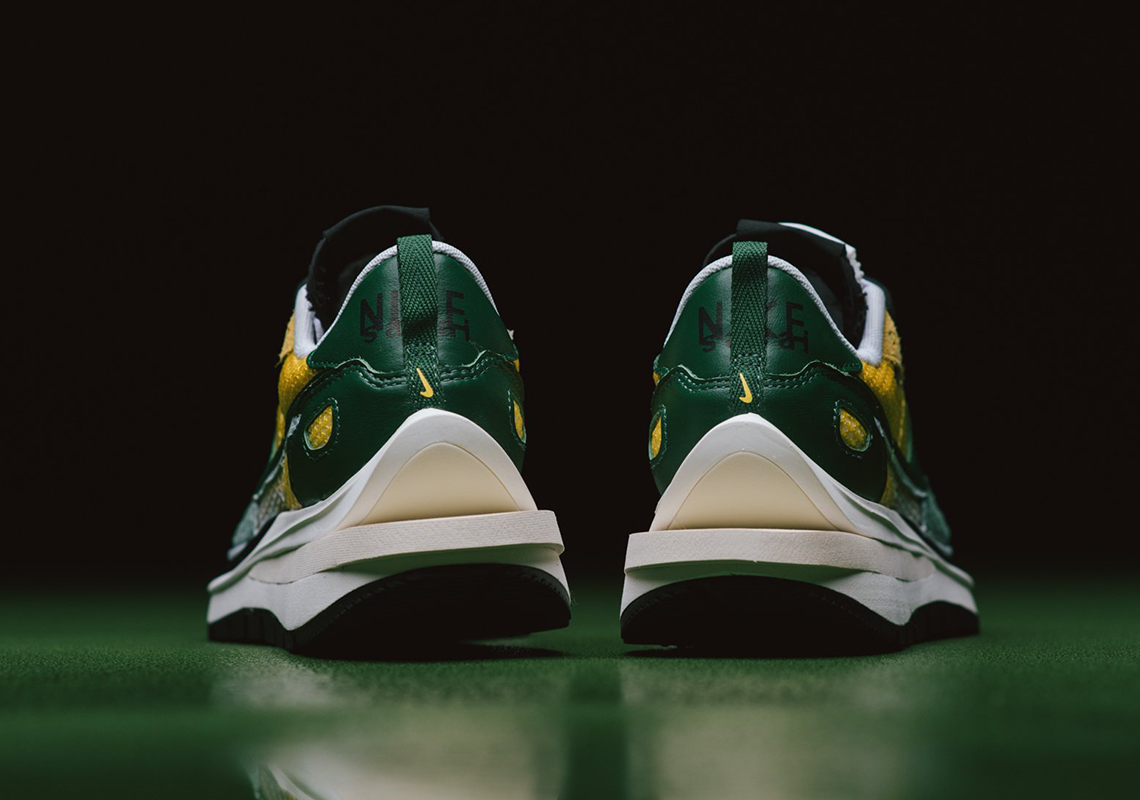