There are only a handful of identifiable moments in NBA history that directly influenced the success of a sneaker release. With Dee Brown’s unforgettable NBA Dunk Contest in 1991, lightning struck twice. The Celtics rookie was hardly a favorite to win the damn thing, largely due to Shawn Kemp being the overwhelming sure bet due to his pedigree, but Dee stole the show from the get-go and never looked back – and it wasn’t even an actual dunk that wowed the crowd. Prior to his first dunk, Dee prepared for take-off by pausing after his warm-up, bending over to his feet, and pumping up his shoes – the Pump Omni Zone II. The stunt immediately amused the audience, while the actual dunk – a self-lobbed alley-oop reverse jam – was just the icing on the cake. Dee would continue let his athletics speak through the remainder of the event, following up that first dunk with a series of impressive slams. He sealed his victory with the infamous self-blindfolded “No See Dee”, firmly cementing himself among the most memorable moments in All-Star Weekend history.

In recognition of the Pump Omni Zone II’s 30th anniversary, Reebok will be bringing back the shoes in its original form on March 5th for $140. Seen here is a first look at the 2021 re-issue, but we took it a step further and chatted with Dee Brown himself on this amazing moment in sports and sneaker history. Check out this exclusive first look at the shoes as well as this interview with Dee below to find out exactly who at Reebok knew about his plan, his favorite “small” dunkers in history, and more.

Sneaker News: Was “the pump” planned? What was the positive fallout from Reebok? Any special treatment?
Dee Brown: Yeah, it was planned but only ONE person from Reebok knew I was going to pump up my shoes before my dunks. Joanne Borzakian, who was the Reebok Global Marketing Director, was with me up until the contest started. The shoes were so cool and nobody had ever seen anything like the Pumps. Not only would it be a great prop for my dunks, but I knew fans would be excited to see me Pumping up my shoes. They went crazy, so I continued to do it throughout the contest. From that night, after Pump was put on the map, Reebok and I were able to work on many more basketball marketing campaigns. 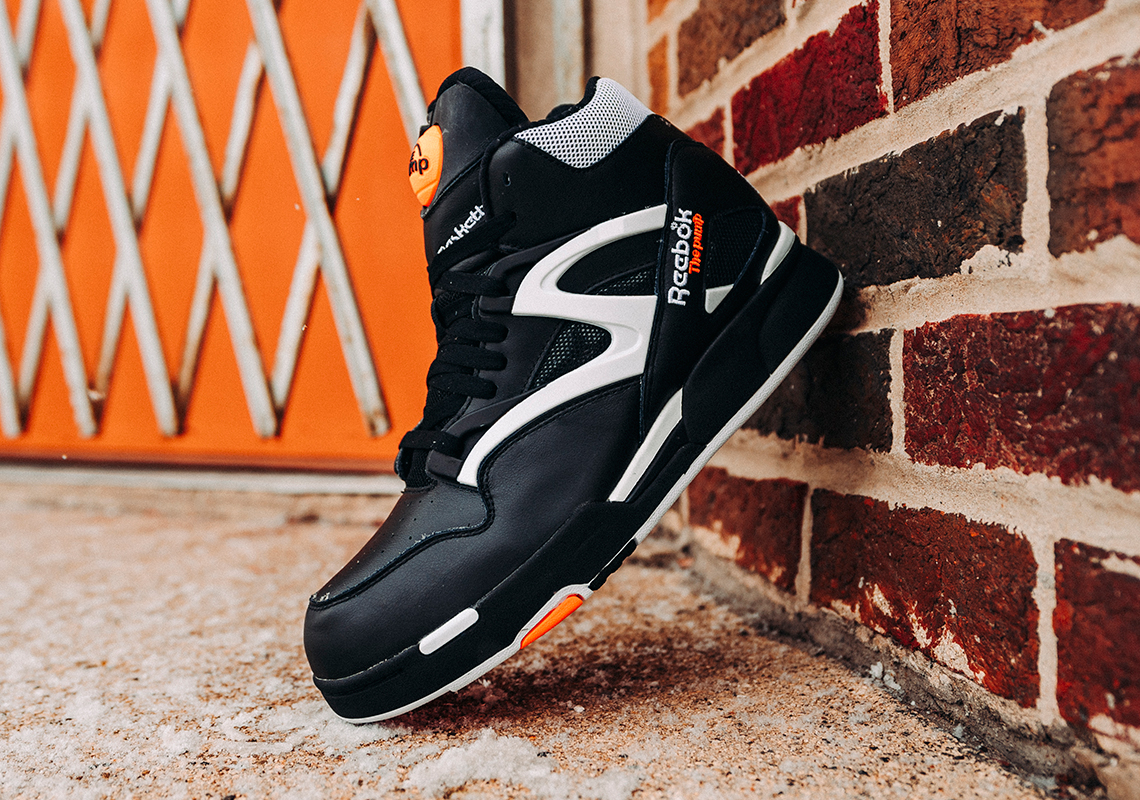 SN: That dunk contest moment is still among the most game-changing moments in sports marketing history and it influenced the future of dunk contest showmanship – even to this day. Why do you think it’s had the influence that it has?
DB: The dunk contest has always been the event that puts the most bold and creative players and sneakers in the spotlight. At the time, the industry was at a tipping point and all the top brands were fighting to be the first or the best with the next great player or technology. The Pump was primed, as they say. Reebok had great momentum and fans were ready for the next big thing. That moment showed fans how technology could translate to sneakers in a very simple yet impactful way and anytime that player wins the contest it proves something about the sneakers that no advertisement or commercial can. That night in itself was so important and its referred to so often – with today being a prime example – that it will always hold its place in the arch of sneaker history. And I’ll always be known as “The Godfather” of dunk contest creativity and marketing. 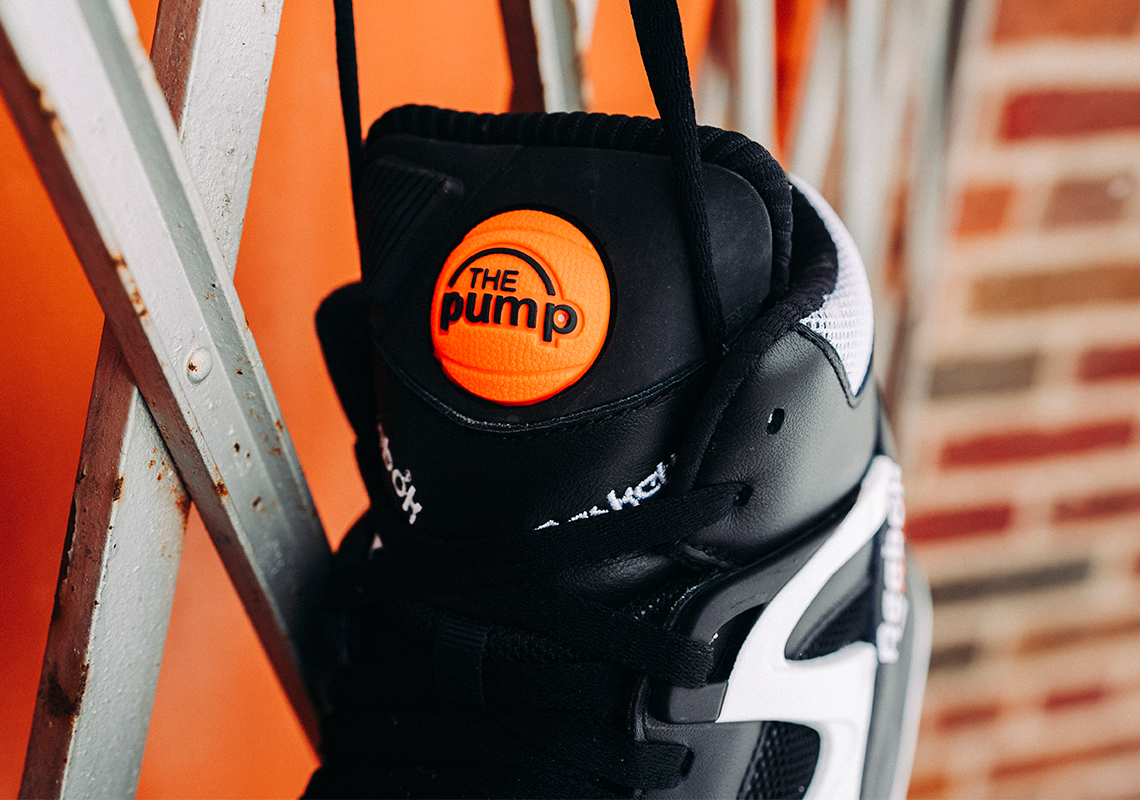 SN: With your help, the Omni Zone II became one of the most popular shoes on the market. What did that mean to you?
DB: It was just great knowing that it would forever be my shoe. Whenever anyone thinks of Pump they think of Dee Brown and I’m really proud of that. It opened a lot of doors. Later, the “D-Time” with Pump arrived with my logo built into the outsole, which was unique and a first for any basketball shoe. It was surreal.

SN: Who are some of your favorite “smaller” dunkers in the NBA, past or present?
DB: Spud Webb won the contest the year before I did. Nate Robinson was always fun to watch, and even my guy A.I. could get up there and just land on somebody’s shoulders, hanging from the rim. I always enjoyed all the “smaller” dunkers especially when they would catch the big guys sleeping like Nick Van Exel, Kevin Johson and Robert Pack. 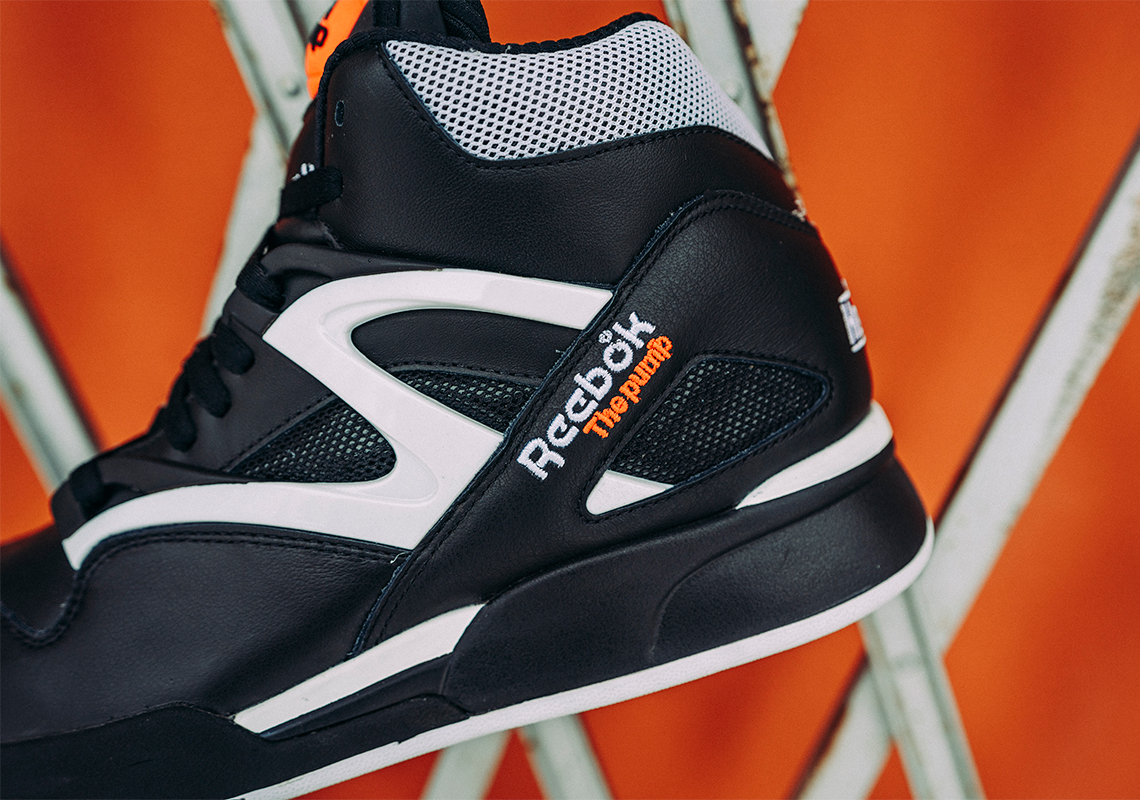 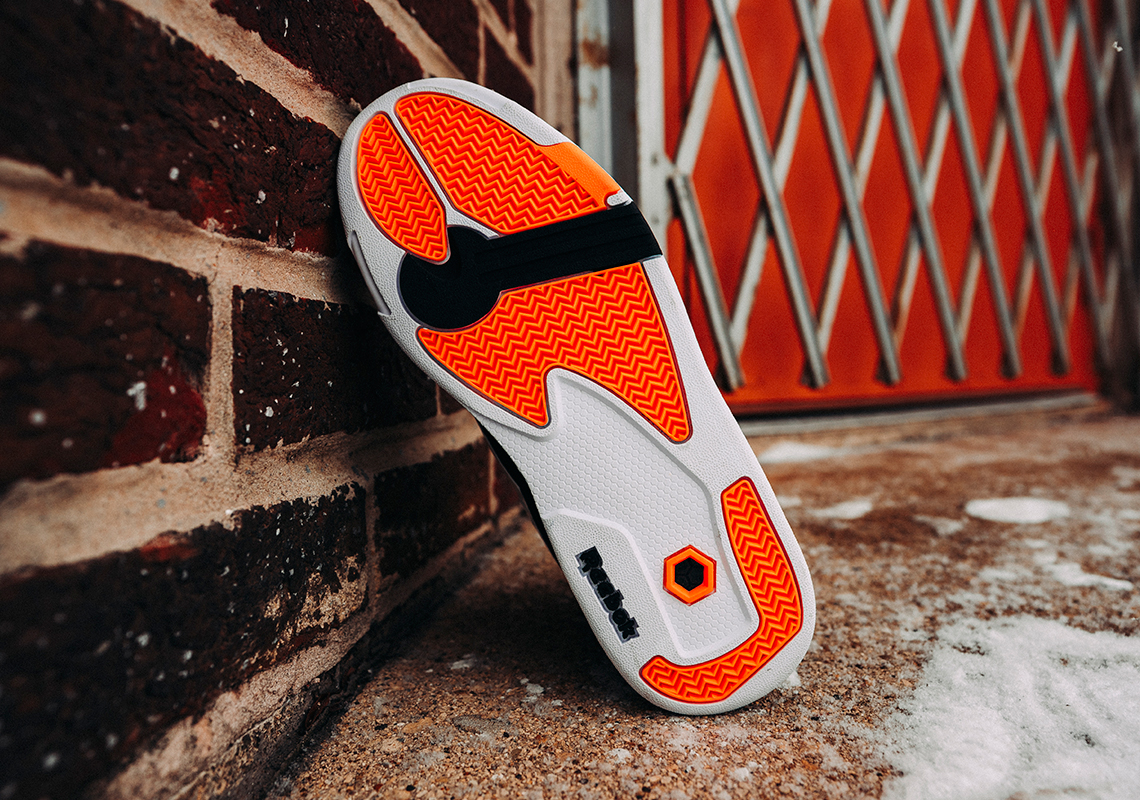 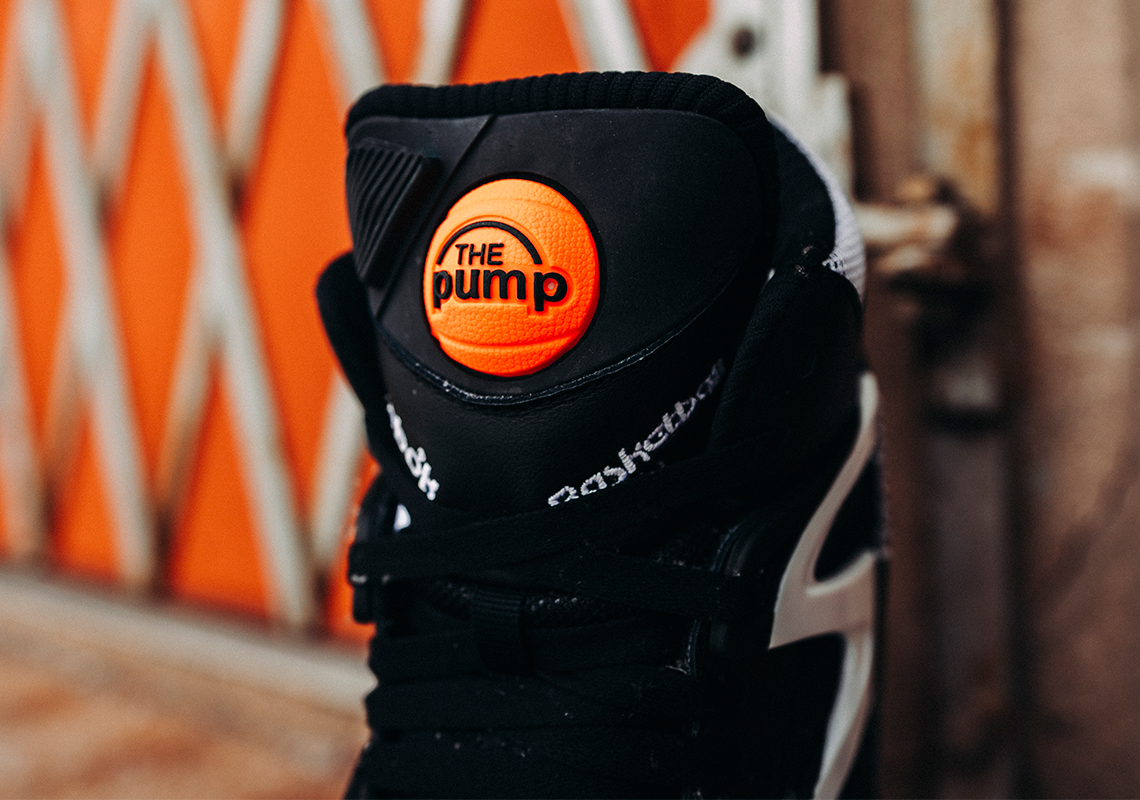 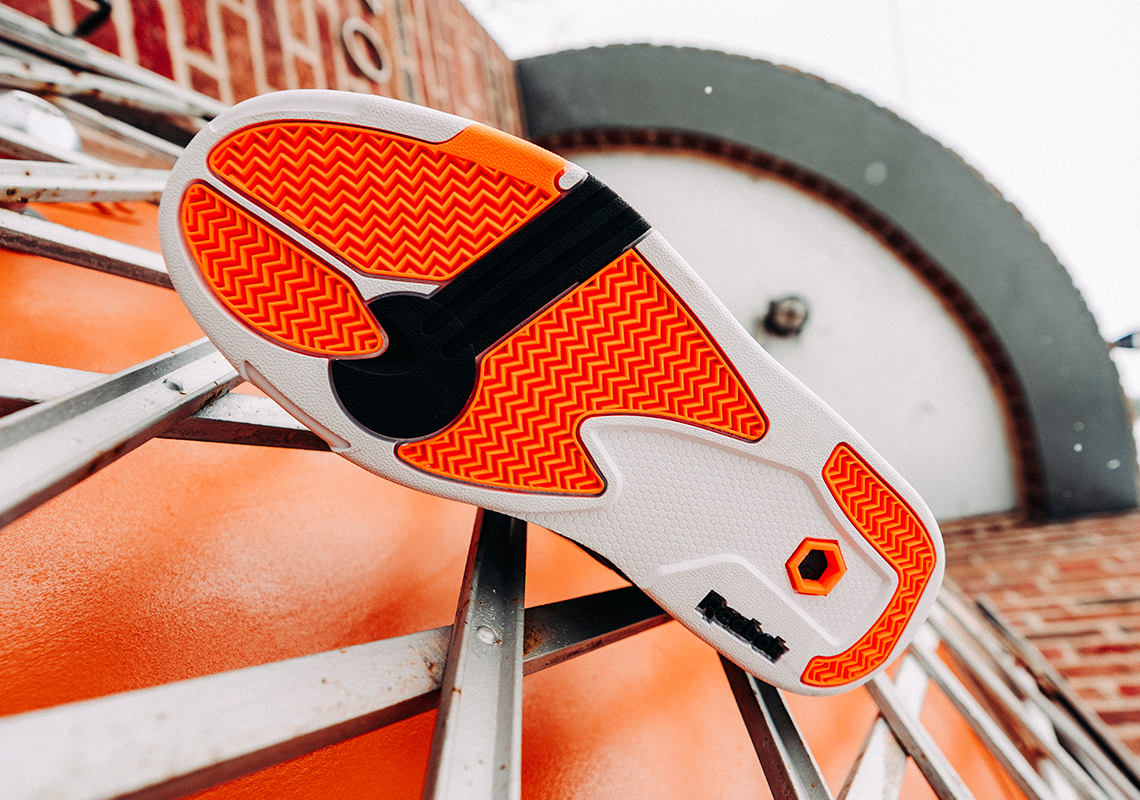 The post The Reebok Pump Omni Zone II, The Co-Star Of Dee Brown’s Game-Changing Dunk Contest, Is Back
appeared first on Sneaker News.

The post The Reebok Pump Omni Zone II, The Co-Star Of Dee Brown’s Game-Changing Dunk Contest, Is Back appeared first on Sneaker News.