With goals of society returning to normal later this year, you might need to brush up on your self-introductory skills. This upcoming Air Force 1 Low “Name Tag” could help with that cause as it takes inspiration from those drab sticker labels people wear on their chests in community gatherings and the like. While the previous Air Force 1 “Name Tag” featured the standard red and white colorway, this black/white one goes a much more lifestyle friendly route, hitting  the upper in full black leather, a double-layered  Swoosh, and nylon tongues. The name-tag appears on the tongue, while “HELLO” is embroidered on both medial and lateral heels.

The Air Force 1 business for Nike has expanded greatly, with several new modifications like the women’s Air Force 1 Shadow and Pixel, but its the classic shape that keeps the energy and legacy of the shoe alive. This name-tag Air Force 1 would be a nice addition to AF1 fans everywhere, so stay tuned for release updates as these will likely hit stores soon.

In other themed AF1s, check out the Valentine’s Day Air Force 1 and the Love Letter Air Force 1, both dropping on February 6th. 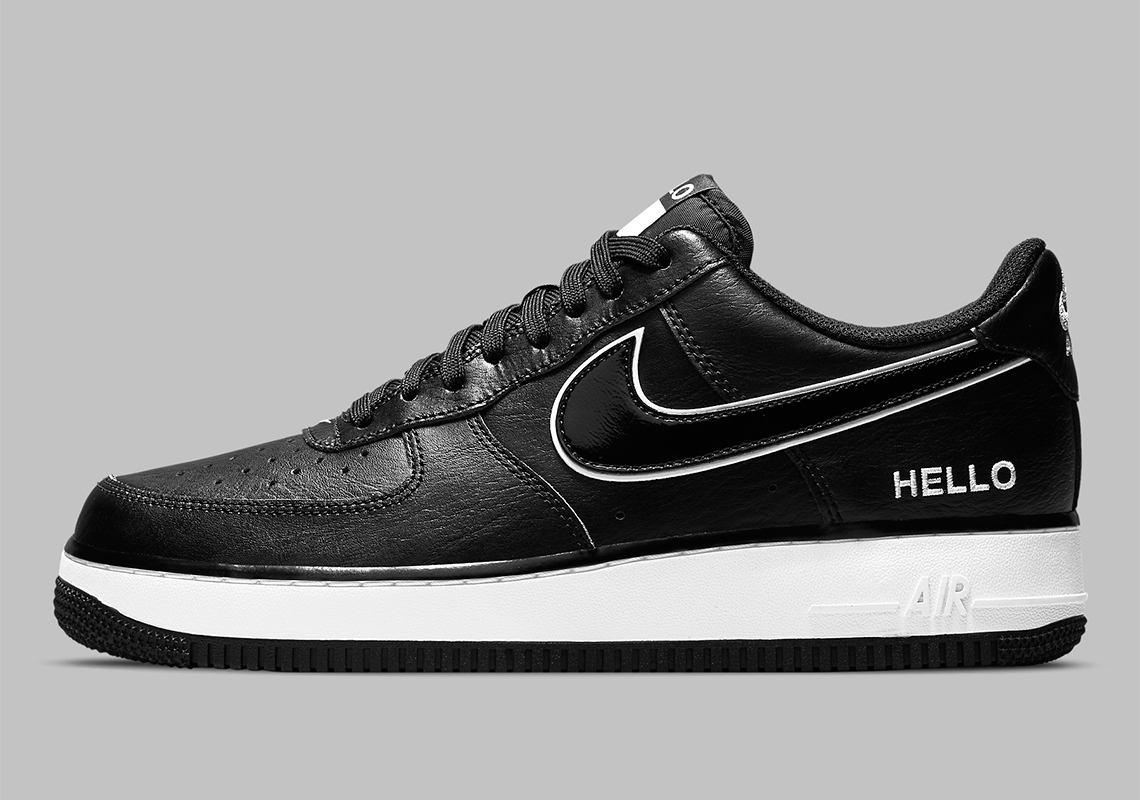 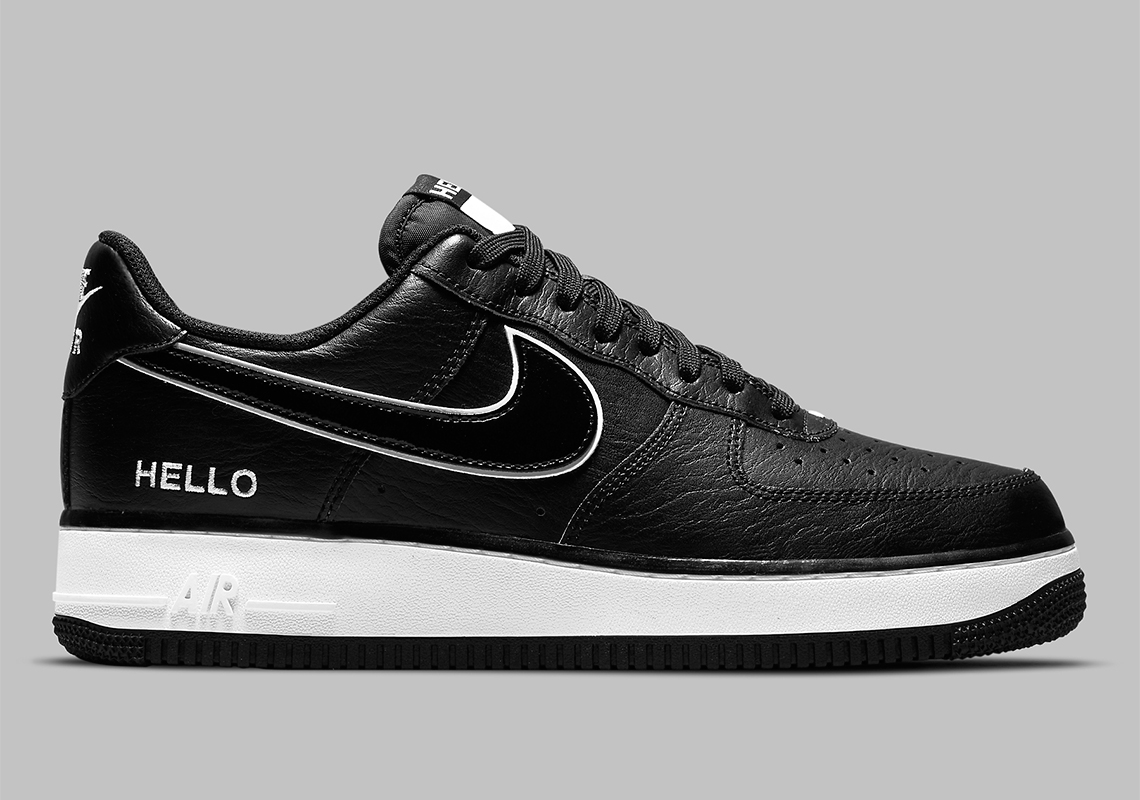 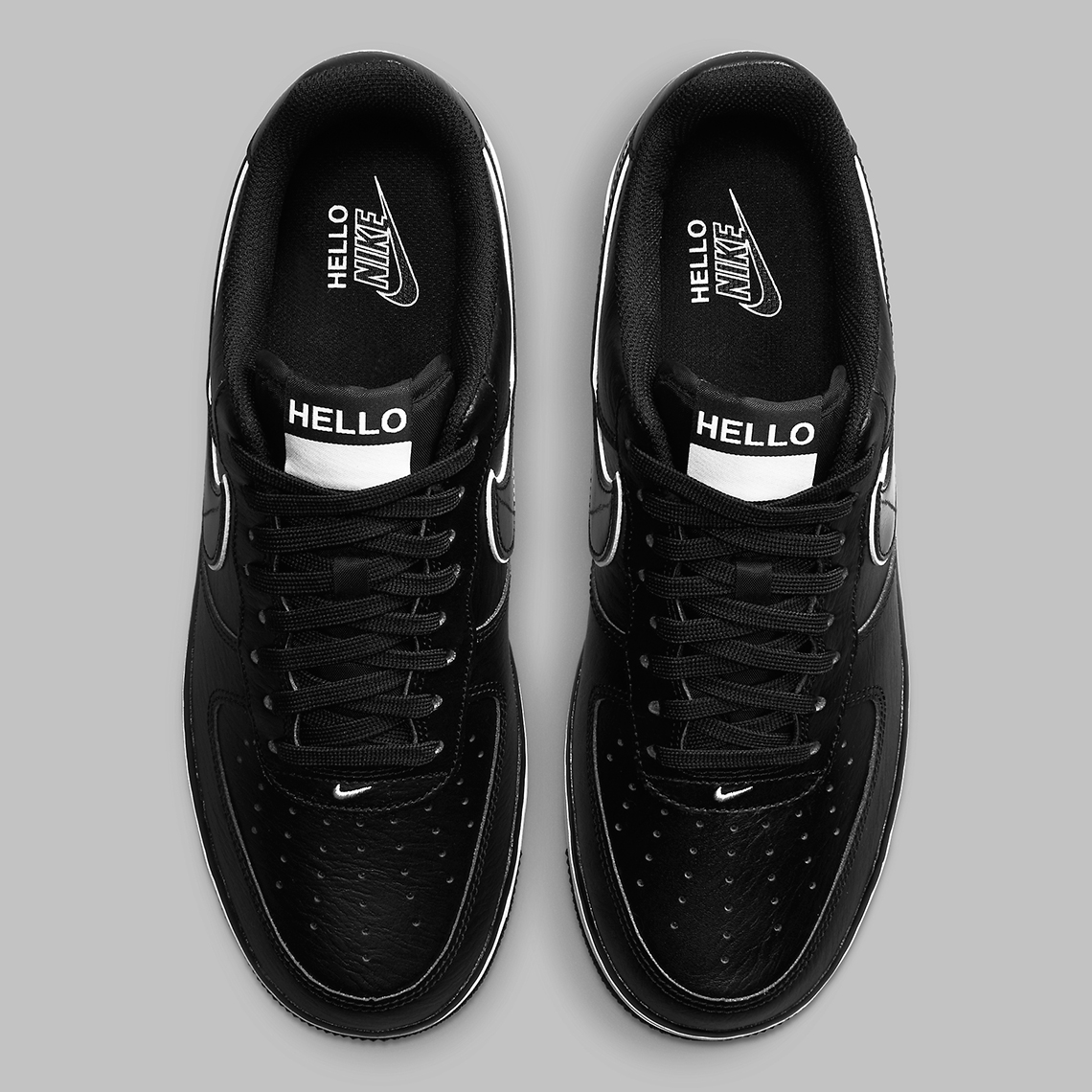 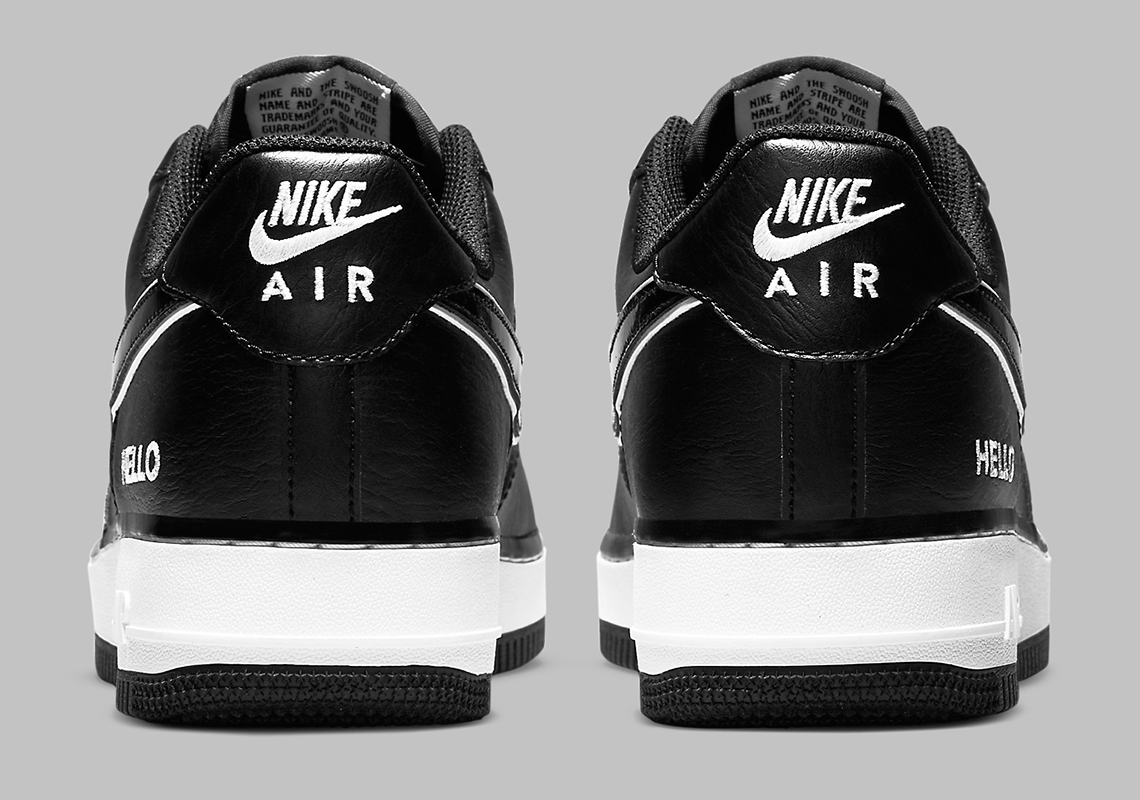 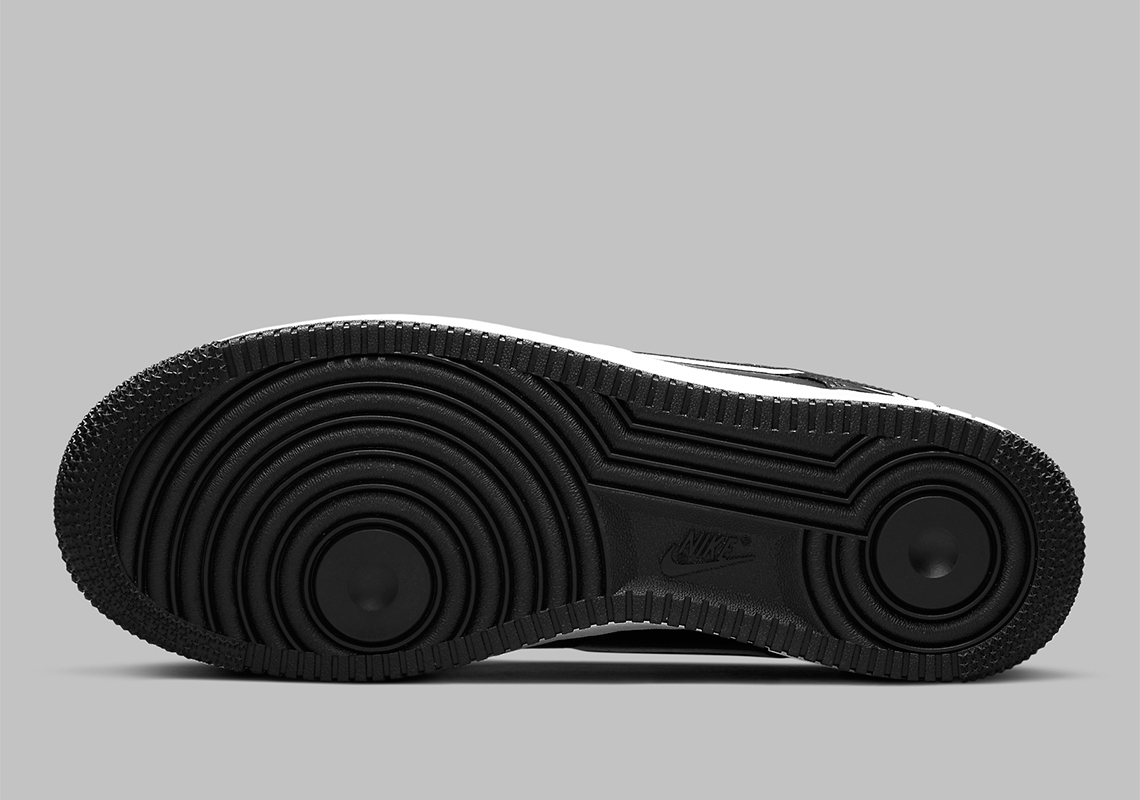 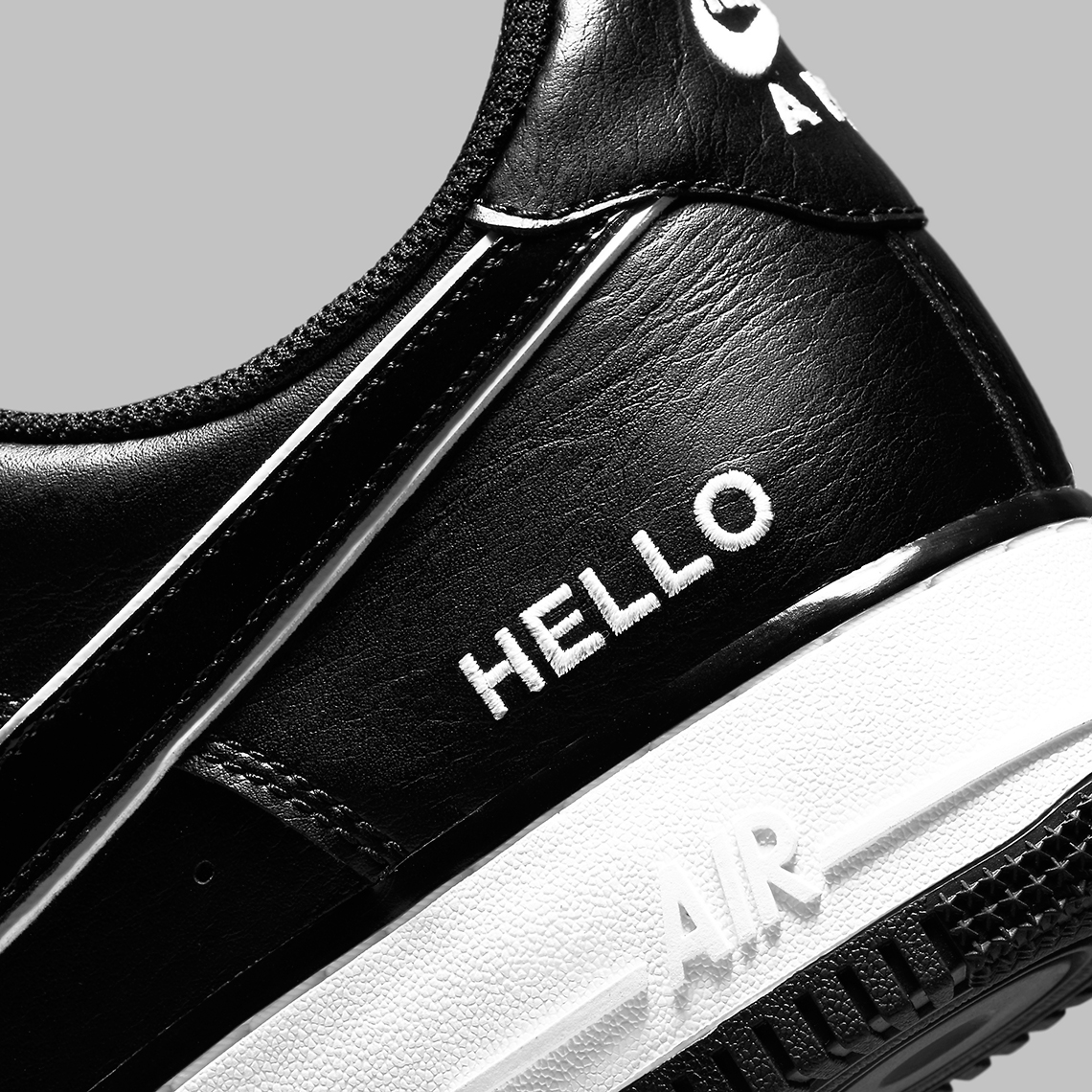 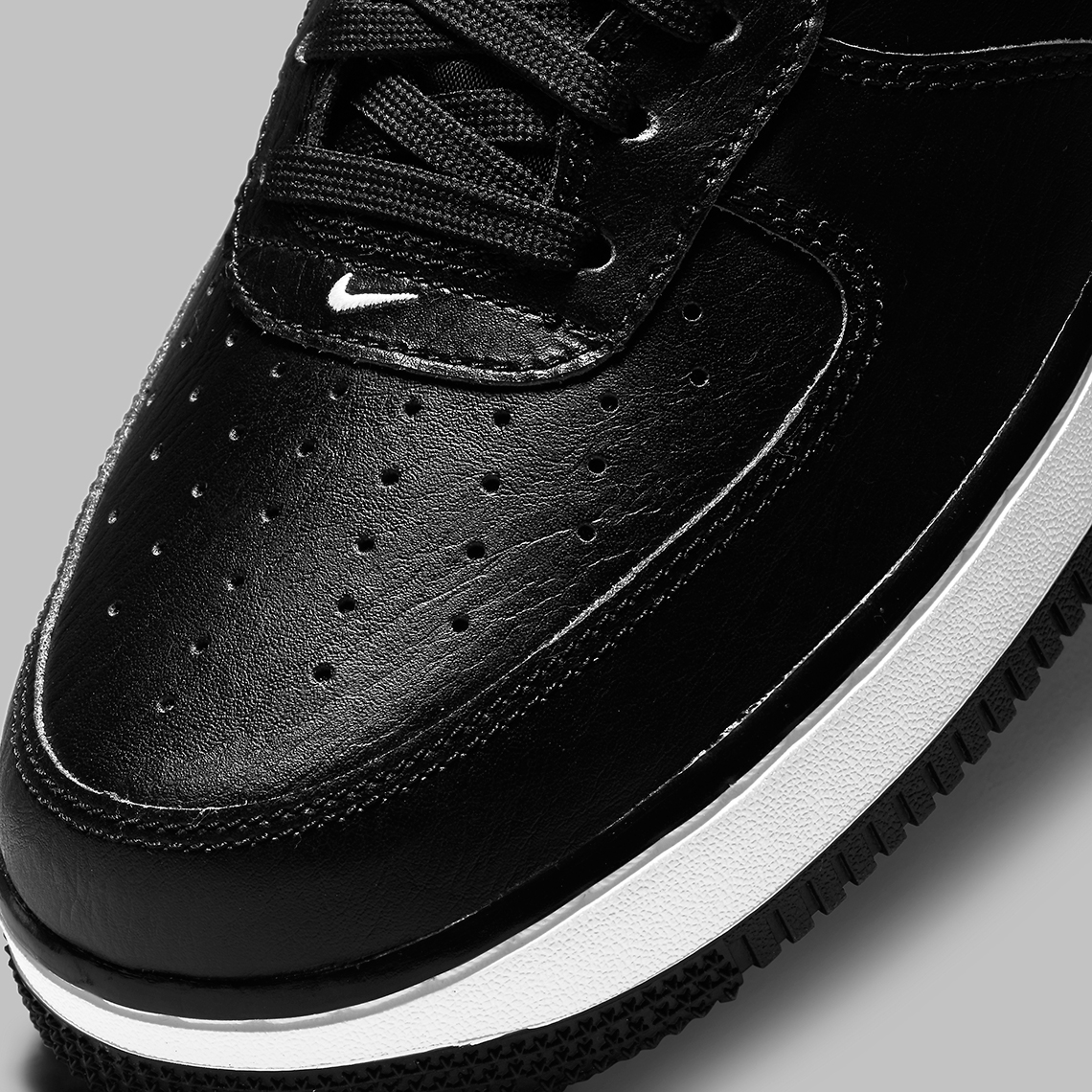