Before its fifth anniversary ends, the adidas Ultra Boost has emerged in a clean “Cloud White/Signal Green/Dash Grey” colorway complete with glow-in-the-dark details.

As with several previously-seen 5.0 versions of the revolutionary silhouette, the newly-launched pair indulges in an unassuming Primeknit upper. Profile cages and structural molds on the heel boast a similarly-colored arrangement, but contrast their surroundings with a semi-translucent finish that enables glow-in-the-dark capabilities under the proper conditions. Three-Stripes branding on the sides, just as the inner lining, deviates from the simple palette in favor of an eye-catching “Signal Green” tone. Underfoot, however, BOOST cushioning and its accompanying Continental rubber outsole rounds out the pair in a tried-and-proven “Cloud White”/black combination.

Enjoy official images of this Ultra Boost here below, and secure your size at adidas.com right now for $180 USD.

For more from adidas, check out the Yeezy 350 “Sand Taupe” arriving on Saturday, December 19th. 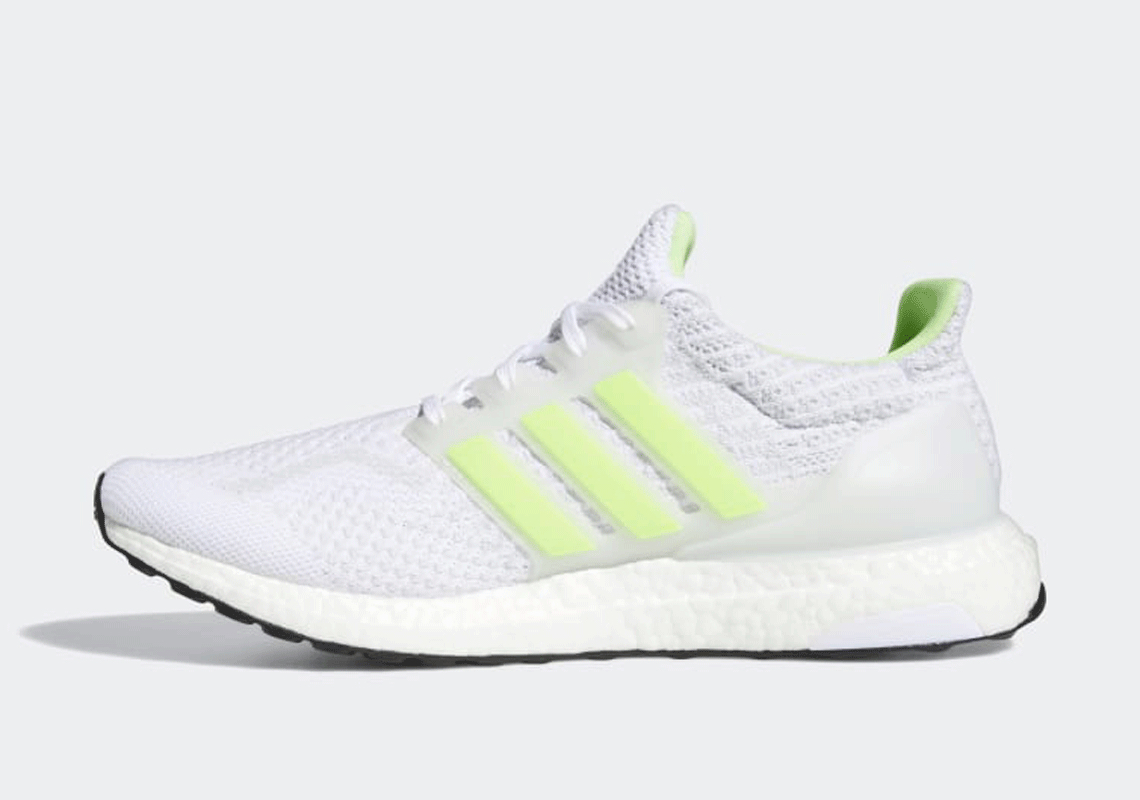 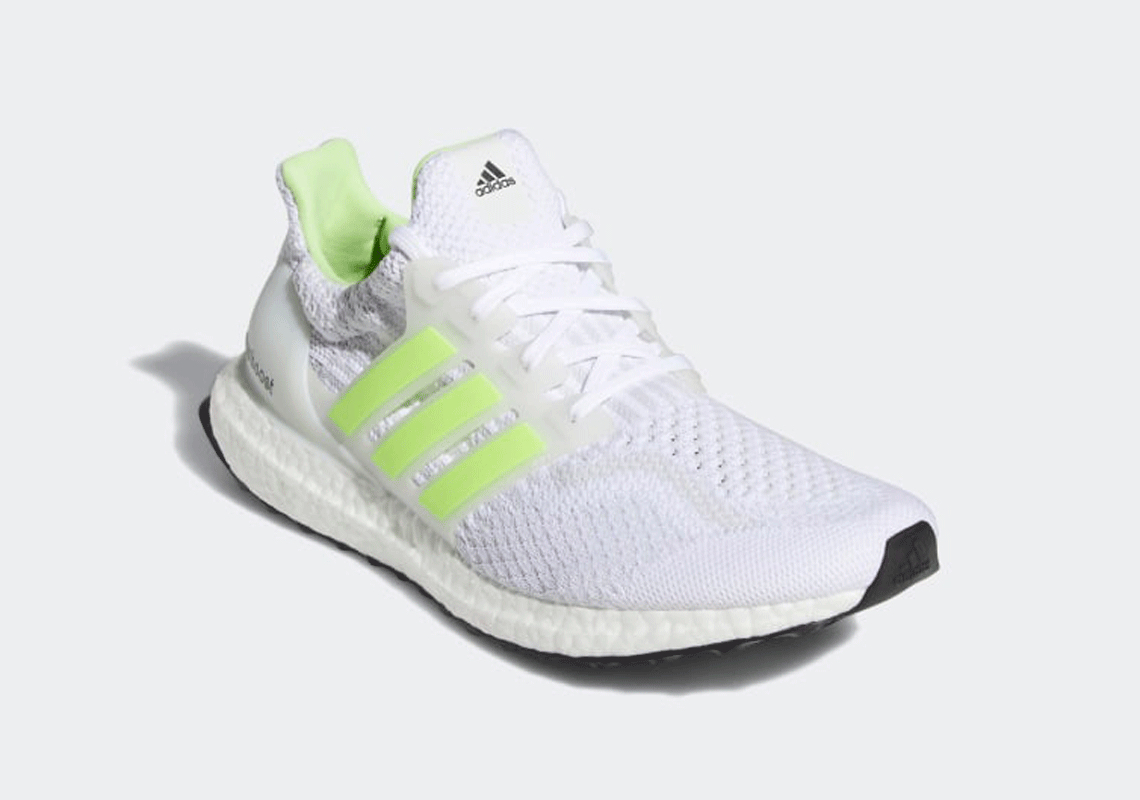 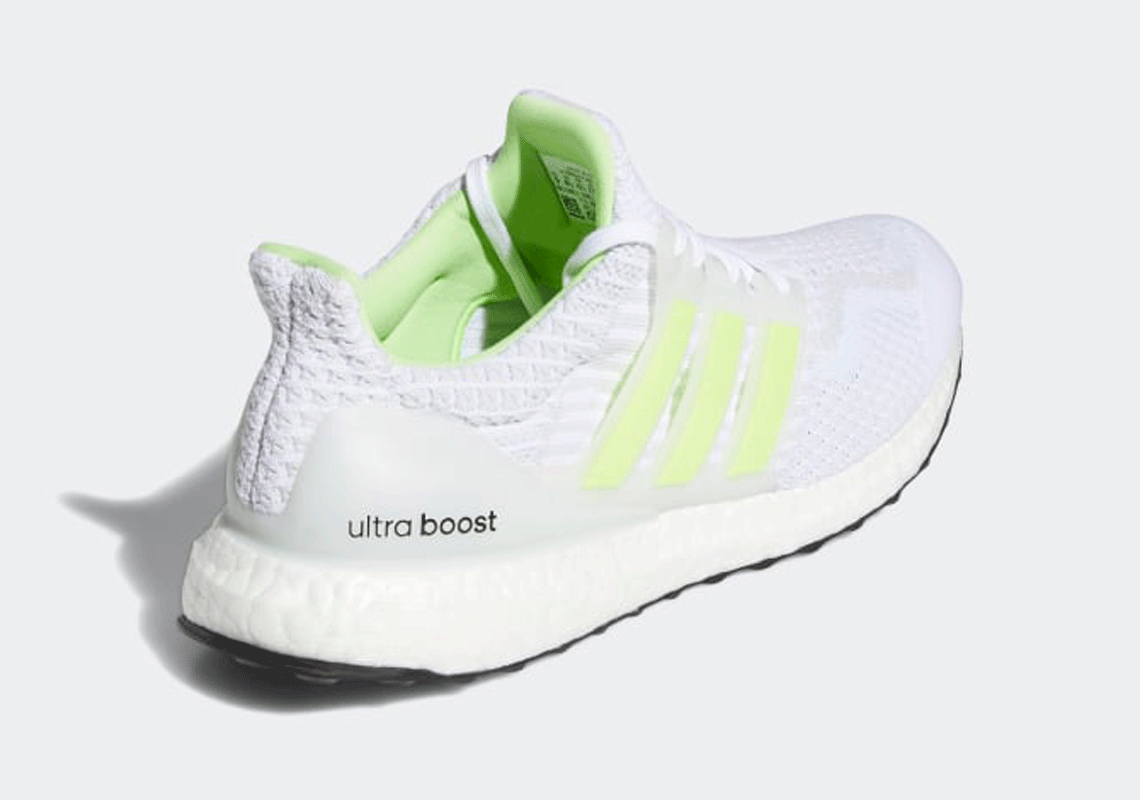 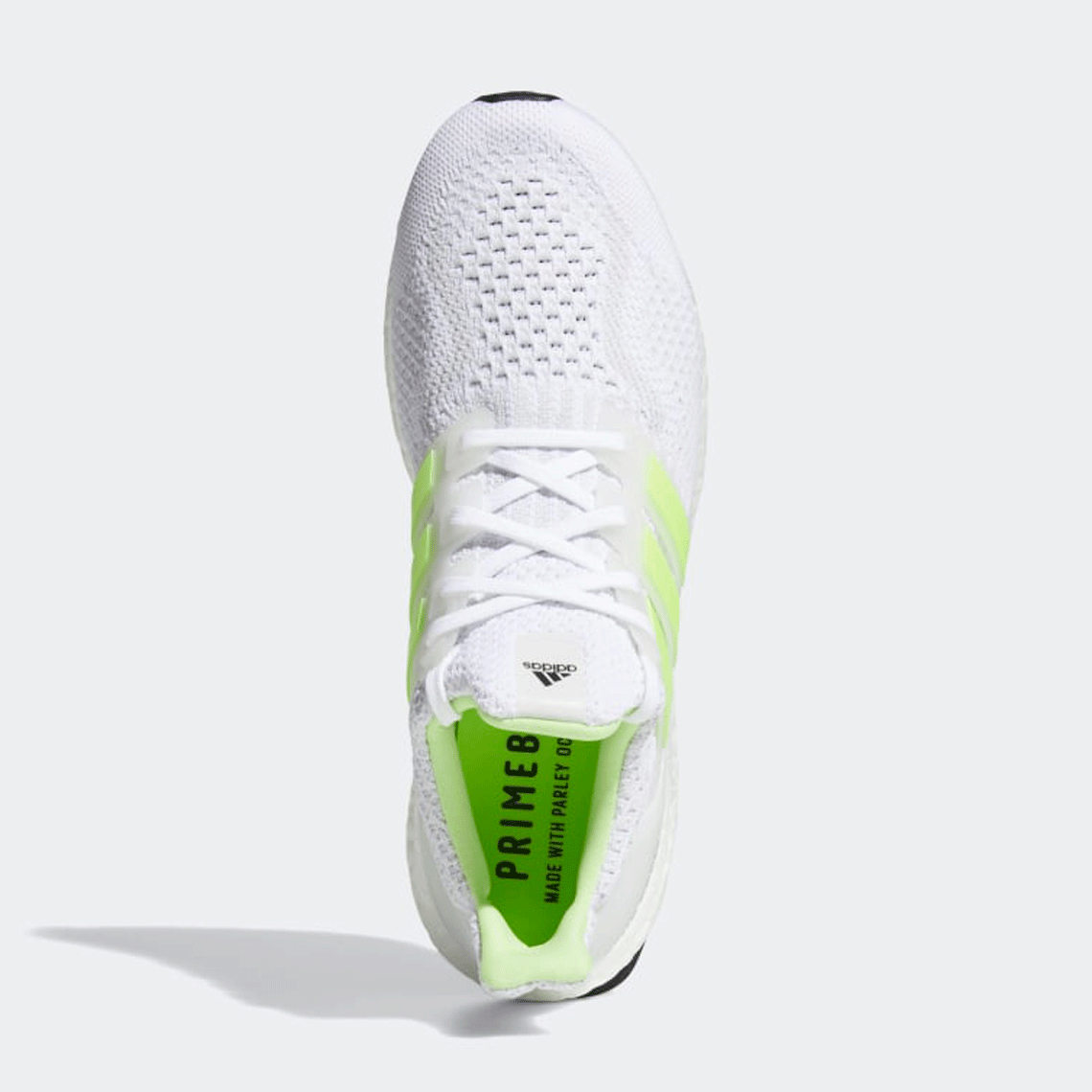 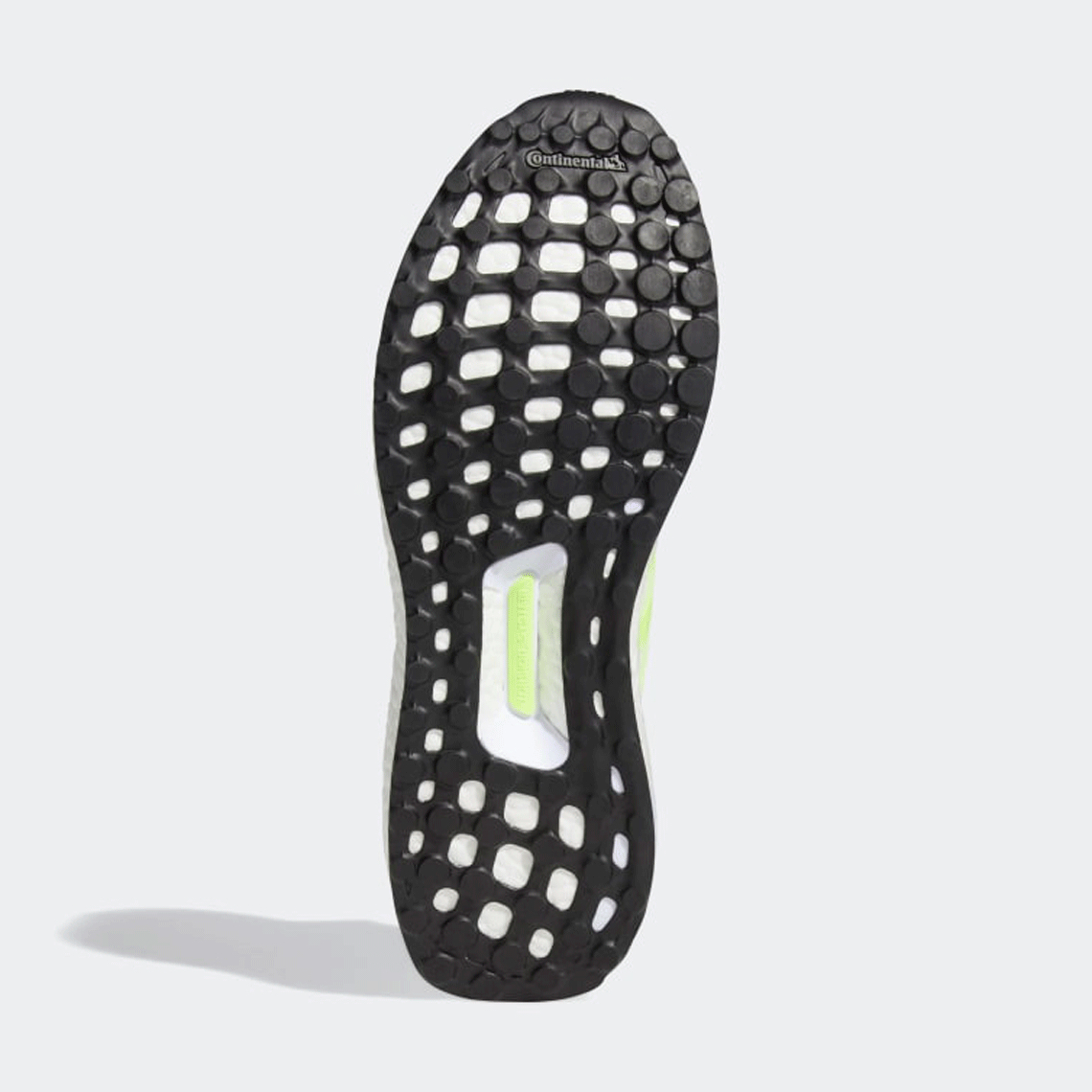 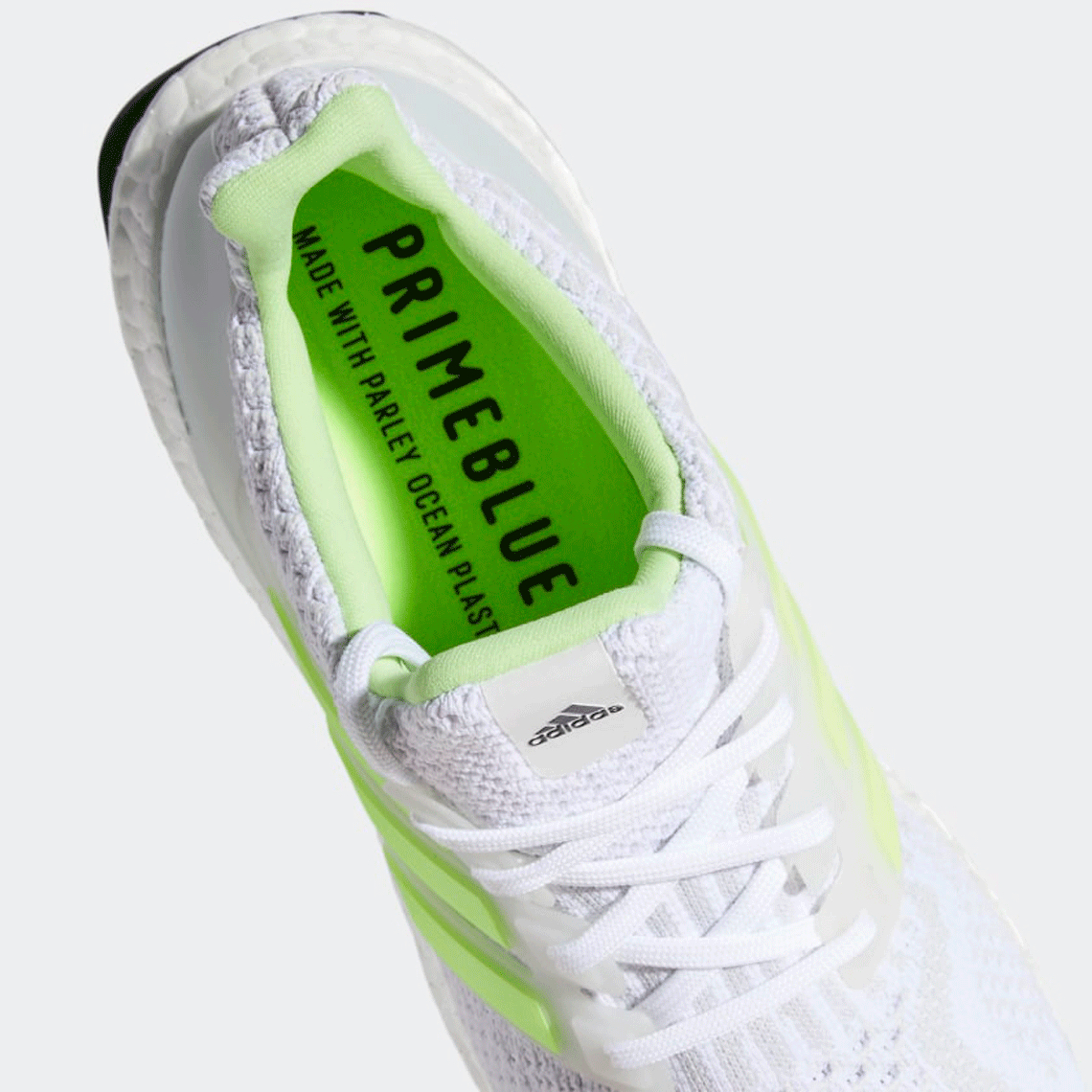 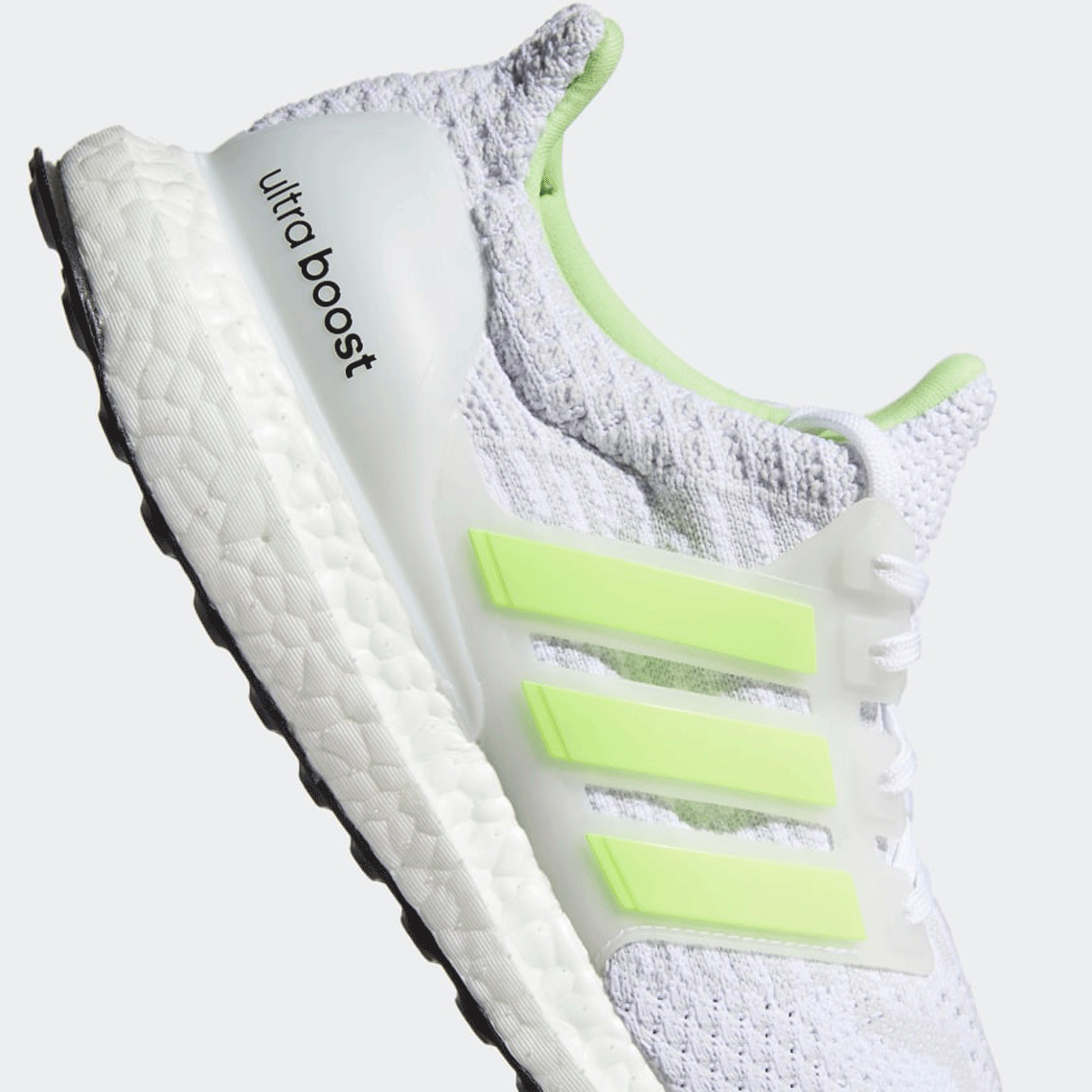 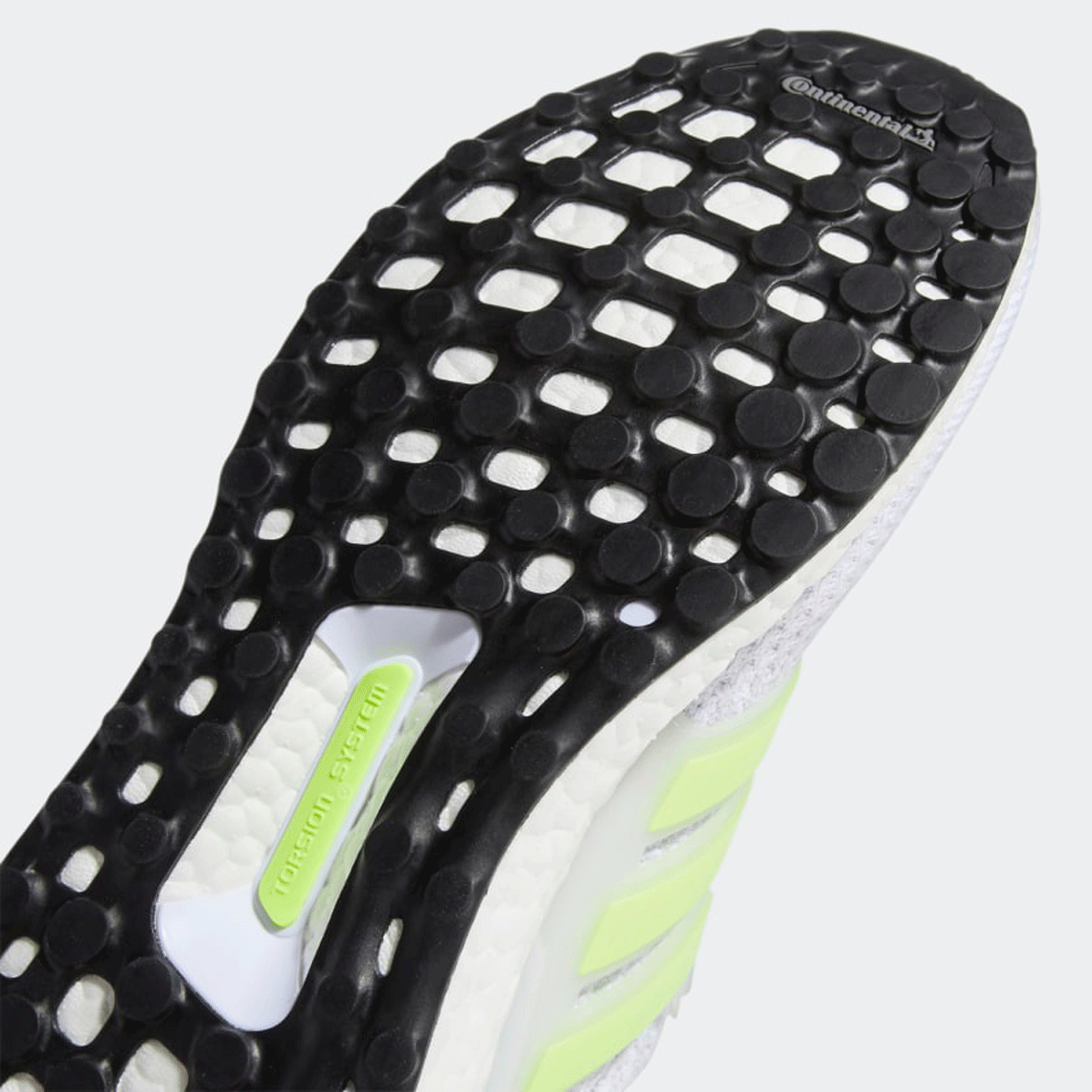 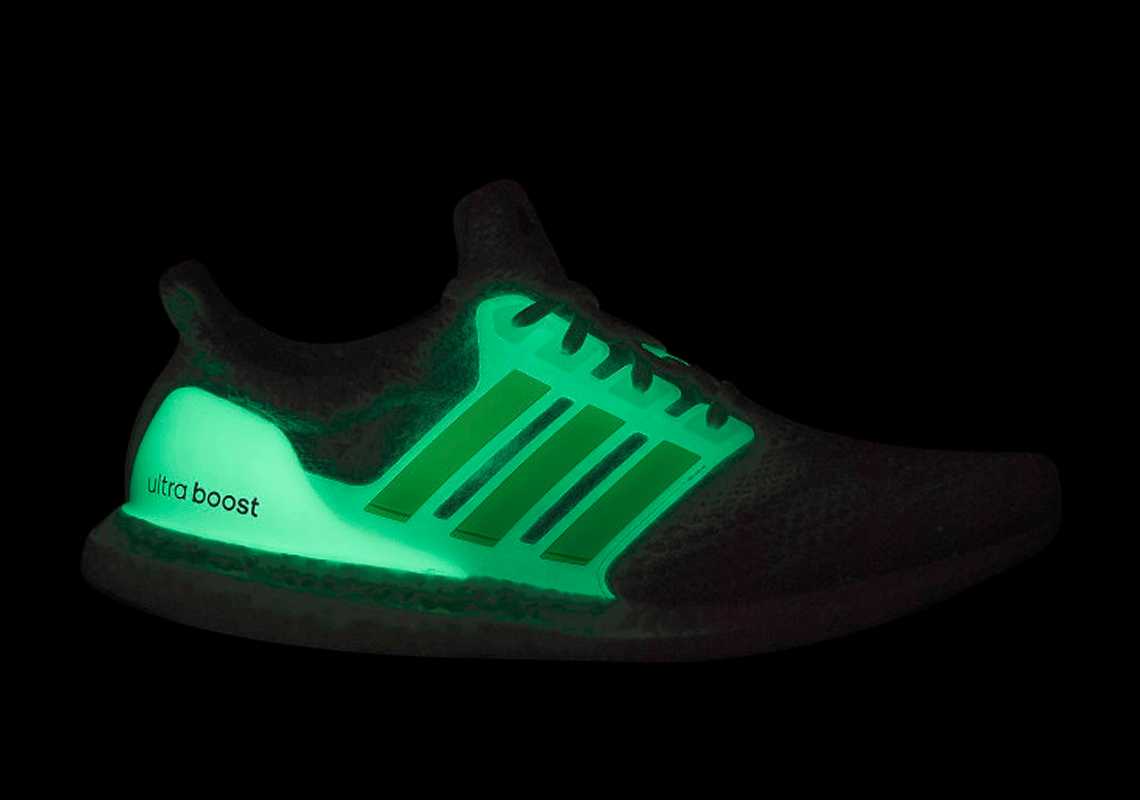 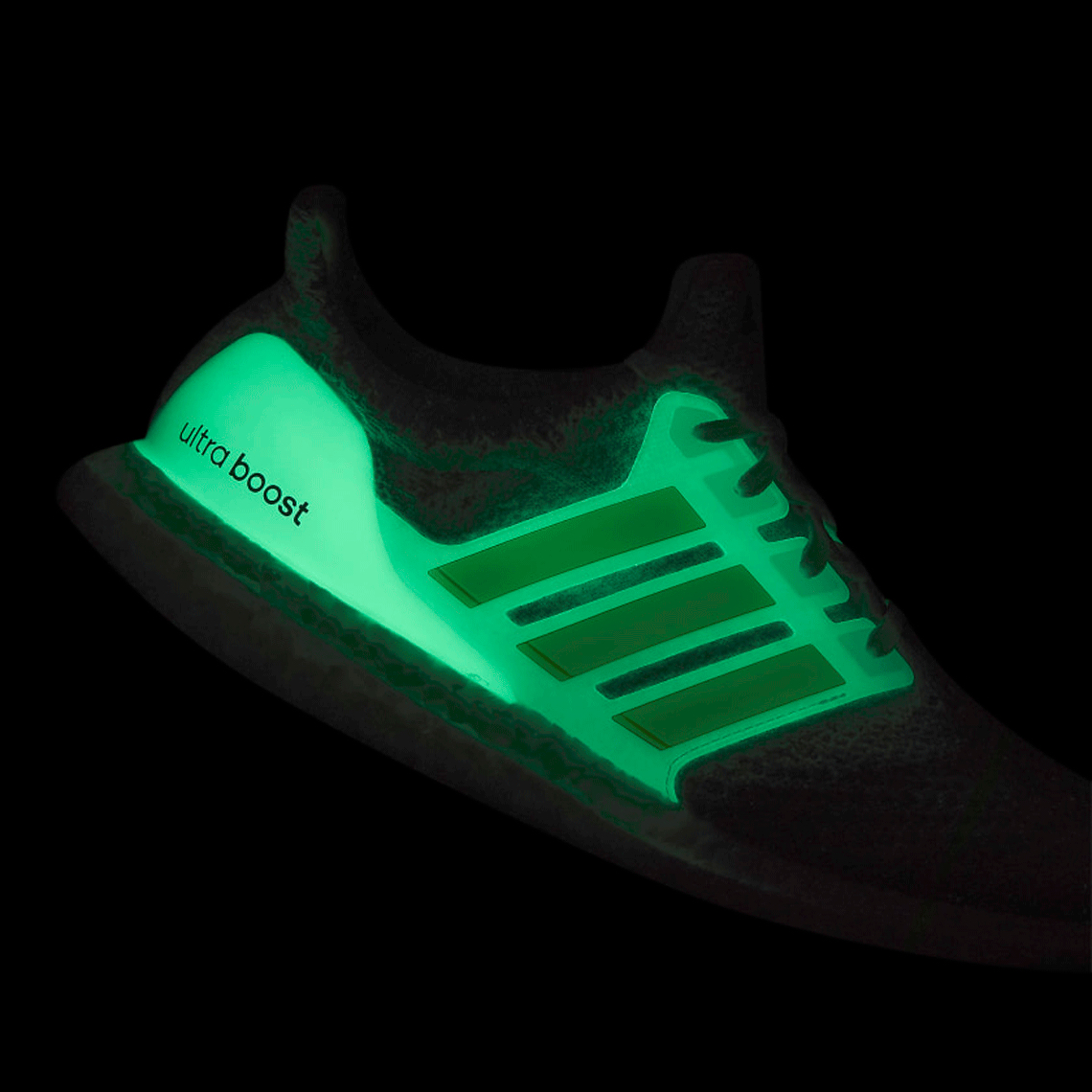