Back in 2019, AMBUSH had a record breaking year, teaming up with Converse, Nike, and even Dior on some of their best offerings to date. And though 2020 was, by comparison, rather slow, the brand is making amends not only with their Chuck 70s but also the “Cosmic Fuchsia” Dunk High.

Originally teased on the runway for AW20, the Dunk High faced quite a few dramatic delays up until the new year. But now, the bright pink colorway is finally slated to arrive tomorrow, hitting both retailers and Nike SNKRS alike. In design, the upper is identical to the Black/White colorway released prior, bearing all of the same motorcycle, car, and truck culture influences. The only main distinction, of course, is the choice in color, as the titular shade is applied to all of the upper’s fixtures in shades both dark and light.

If you’re looking to pick these up, they’re releasing at Nike SNKRS and select retailers on February 4th. To better prepare, head over to the AMBUSH Dunk High Cosmic Fuchsia Store list. 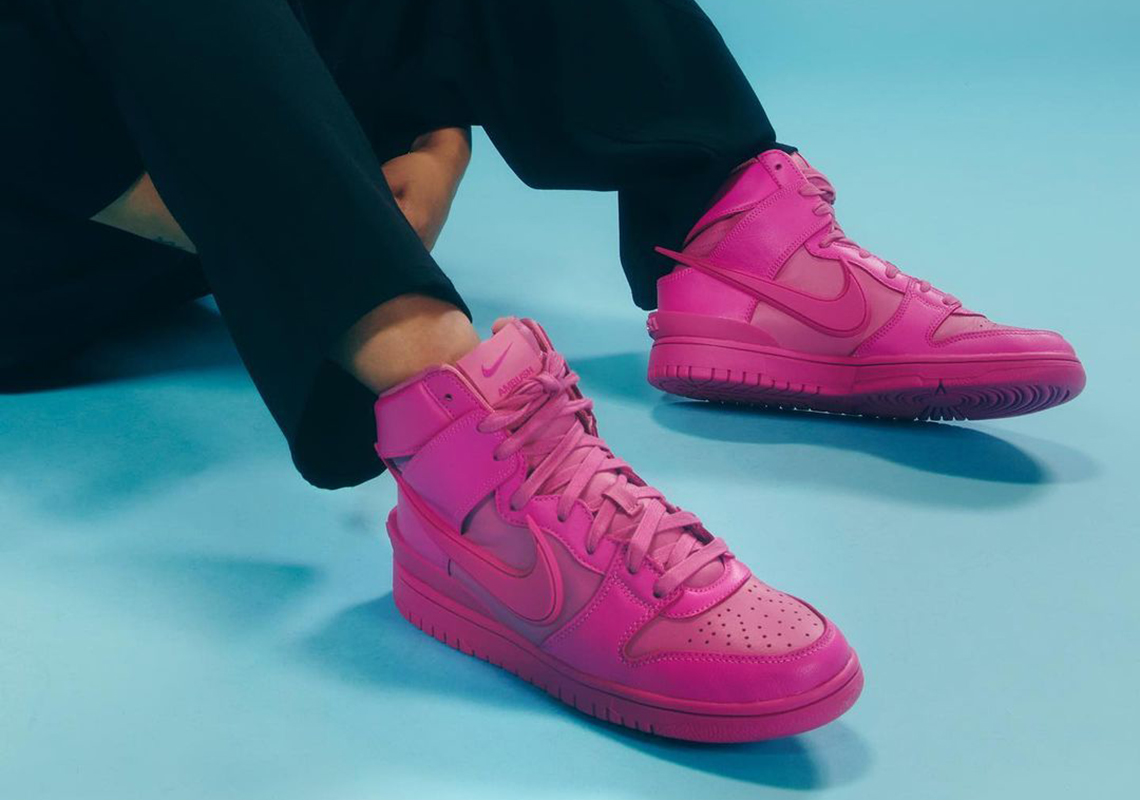