The energy behind the modern sneaker market is championed by collaborations, with creative partners ranging from gritty street shops to Europe’s highest-end luxury fashion house. But among the leading needle-movers for Nike is Stussy, whose seemingly endless catalog of drops extends season after season with highly coveted and impressively obscure projects. They not only have the impact, but they also have the longevity; Stussy is a true pioneer of the shoe collaboration, with projects dating back to the year 2000.  And this month, it appears that the Swoosh and the NYC-founded label will be re-issuing that original release – the Air Huarache LE.

Originally releasing exclusively at their London flagship, the Stussy x Air Huarache was originally created by Stussy UK’s Michael Koppelman Nike’s Fraser Cooke. The formula was simple – apply a new and fresh colorway on an existing silhouette, and that they did. In fact, this moment in shoe history doesn’t get the recognition for ushering in these neutral tones to a running shoe, particularly for the Air Huarache that was best remembered for neon-colored neoprenes and white leather.

The landscape of Nike collaborations as a lot different than what it is today. Nike has large teams dedicated to creative partnerships and design, but back then, these lifestyle-focused special projects were a bit of a renegade affair. The drops were small and limited mostly because these units weren’t viewed as mass-market items, but local specialties, and the nature of these scarce releases would, of course, be a key driver to the sneaker hunt – one that is largely non-existent today.

The “Desert Oak” is currently marked for a February 12th release. Stussy teased the shoes in their SS21 lookbook back in November, although it was largely overlooked, but it all but confirms that the Dark Olive pair will be returning as well. 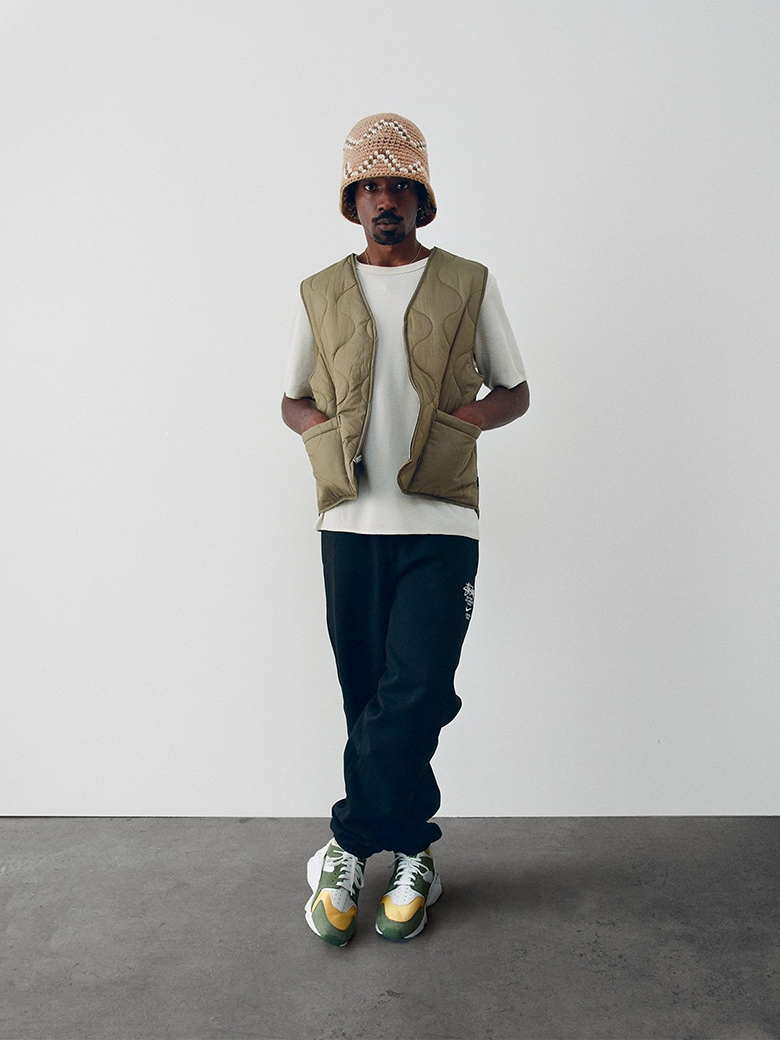 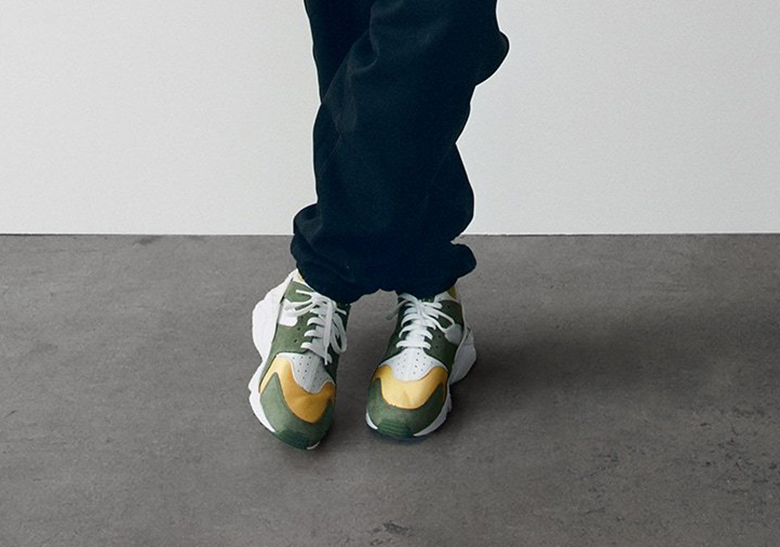 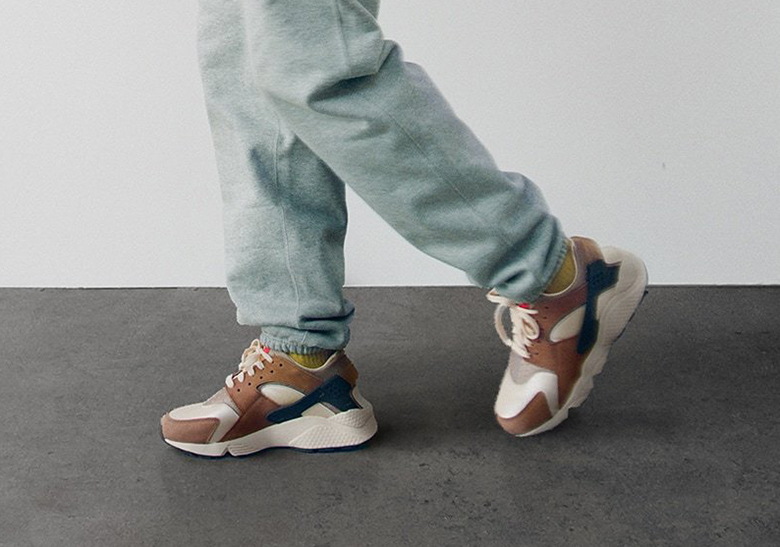 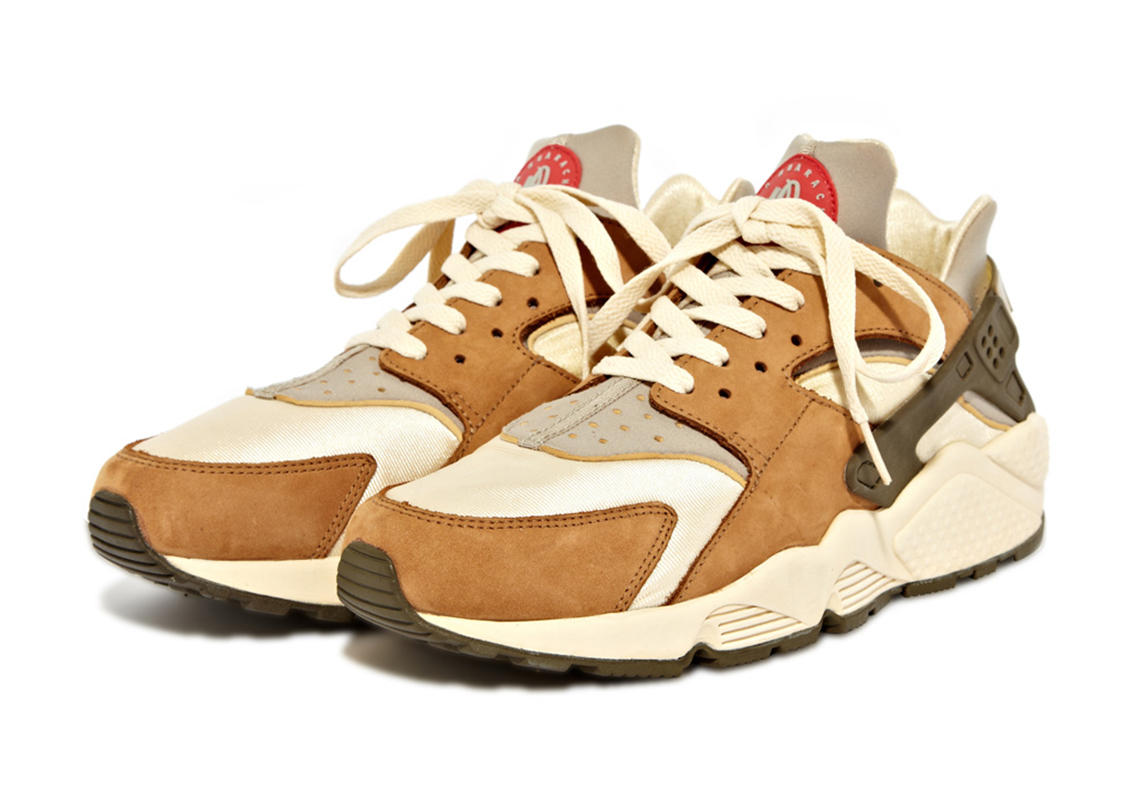 The post Stussy And Nike Are Bringing Back The Air Huarache, Their First Ever Sneaker Collaboration
appeared first on Sneaker News.

The post Stussy And Nike Are Bringing Back The Air Huarache, Their First Ever Sneaker Collaboration appeared first on Sneaker News.