Space travel has to be one of the most commonly referenced themes in all of sneaker culture. And throughout the Astronautical industry, one name stands tall above the rest: NASA. As such, brands the world over have borrowed from the institution, using their signature patch logo to adorn shoes en masse. Converse Japan is the latest to join the fray, dressing their Chucks and One Stars in their very own space suits.

The two Chuck Taylors — named All Star 100s overseas — take the proverbial helm in very similar colorways. Both, which are constructed of a Tyvek-like material, are hued white primarily; their soles, then, add slight distinction, with one dyed a light, moon-reminiscent blue and the other a more understated cream. Logos of both Converse and NASA variety are then laid over top adjacent to imaginary meters and dials. The One Star, or Star & Birds as it’s referred to here, follows an execution similar to the aforementioned in both scheme as well as branding.

Grab a close-up peek at the pack right here and expect a release to land over in Asia this March.

In other news, the ASICS Monozukuri collection is coming very soon. 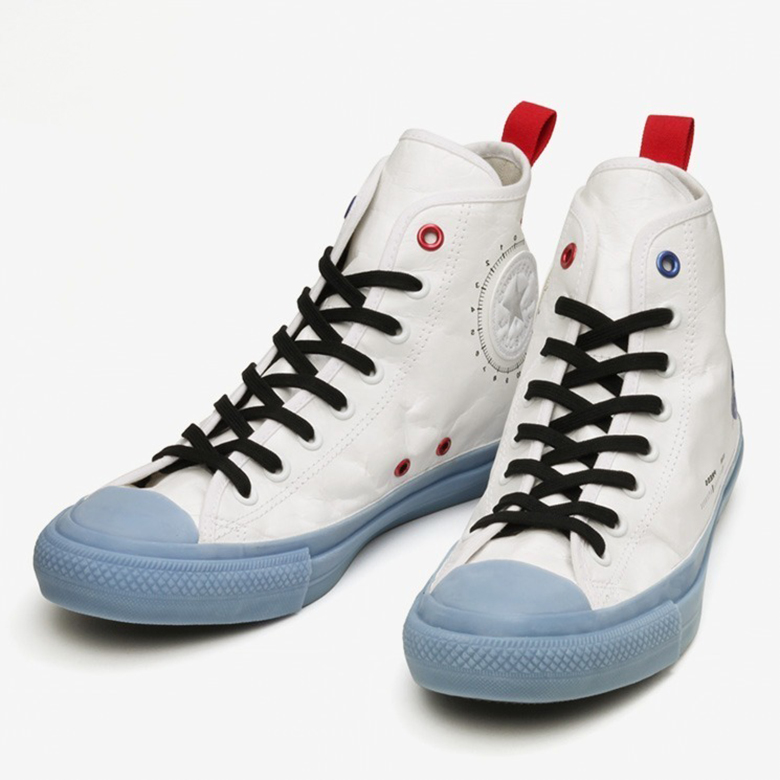 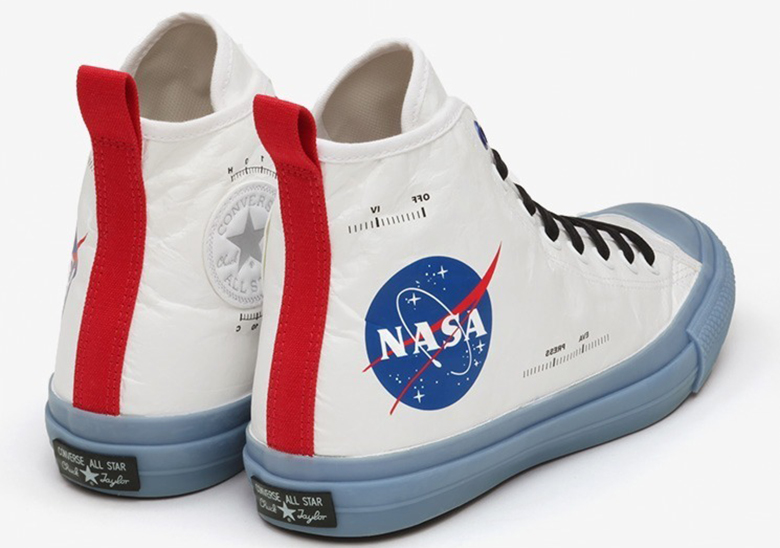 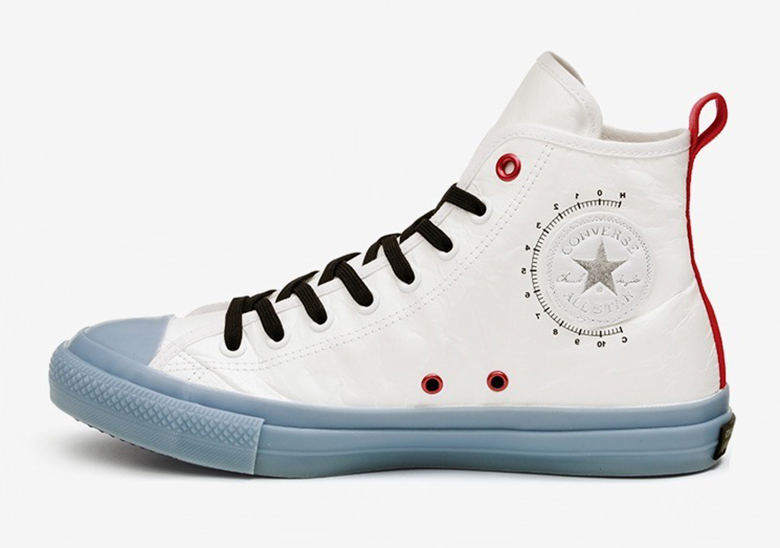 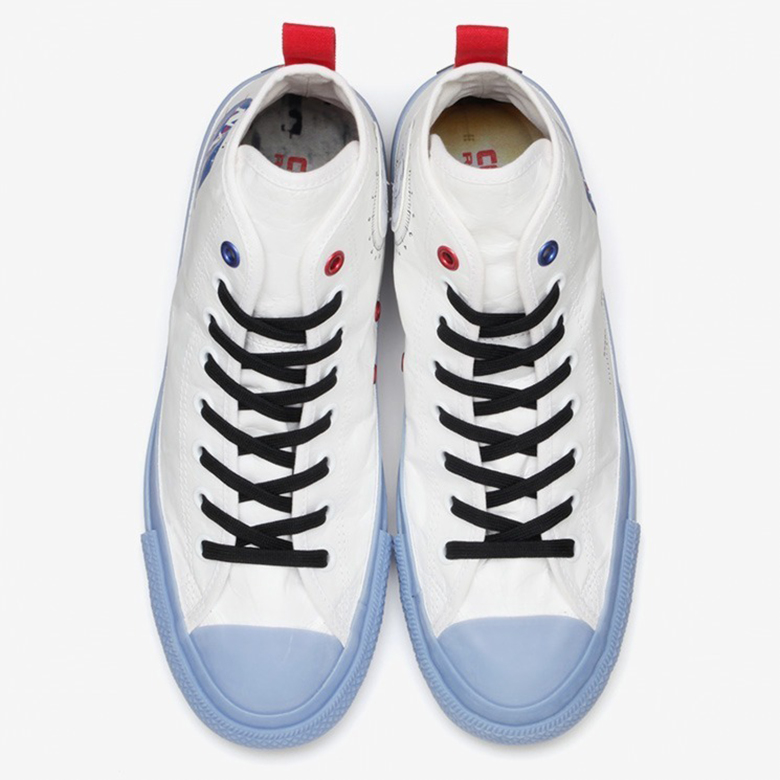 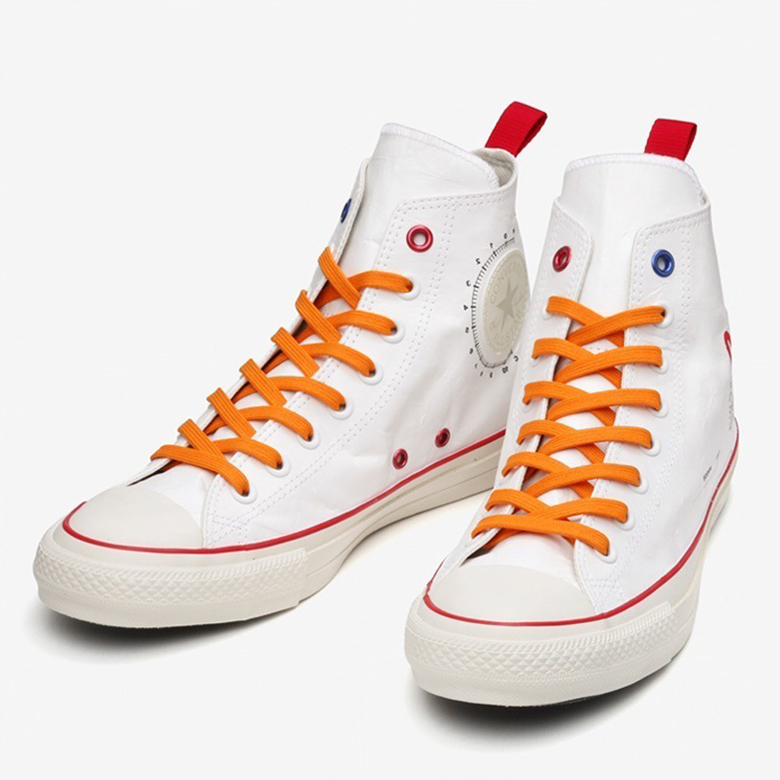 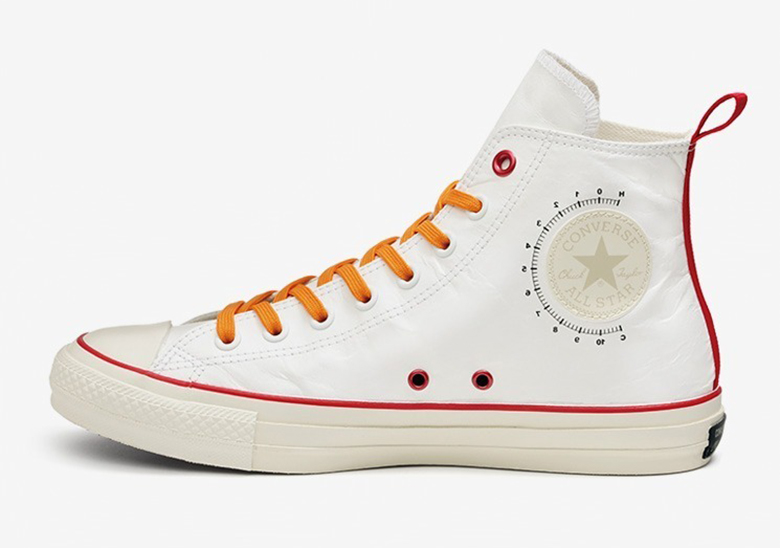 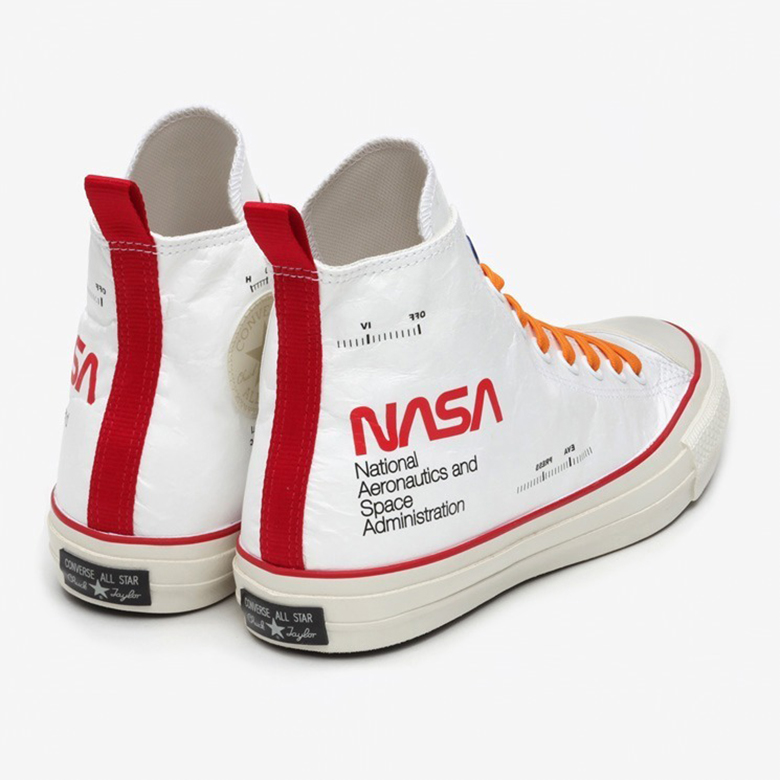 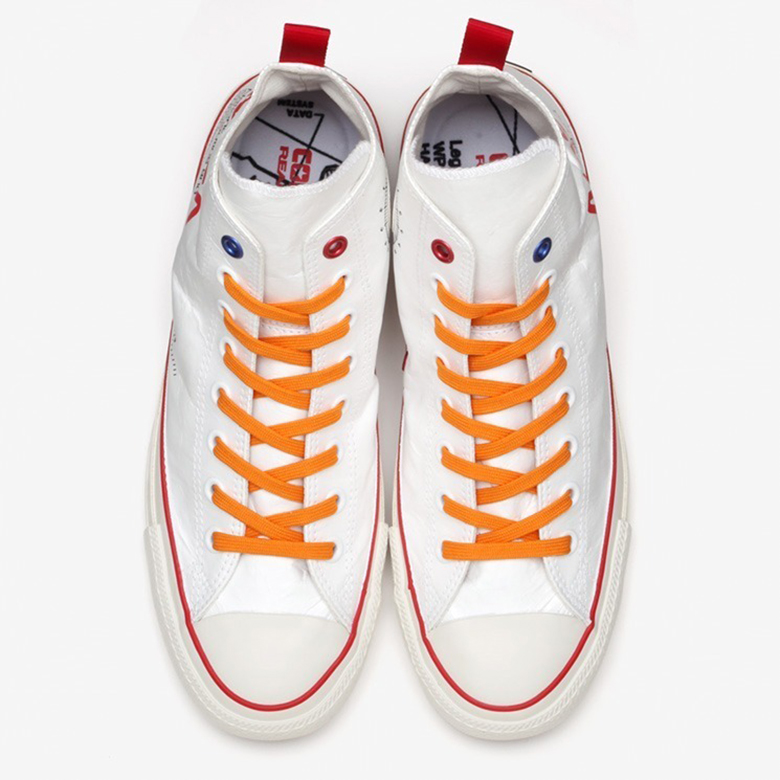 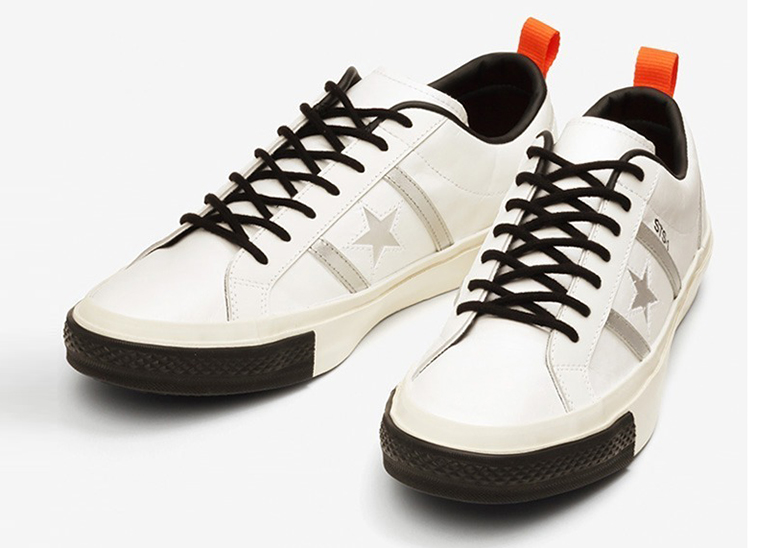 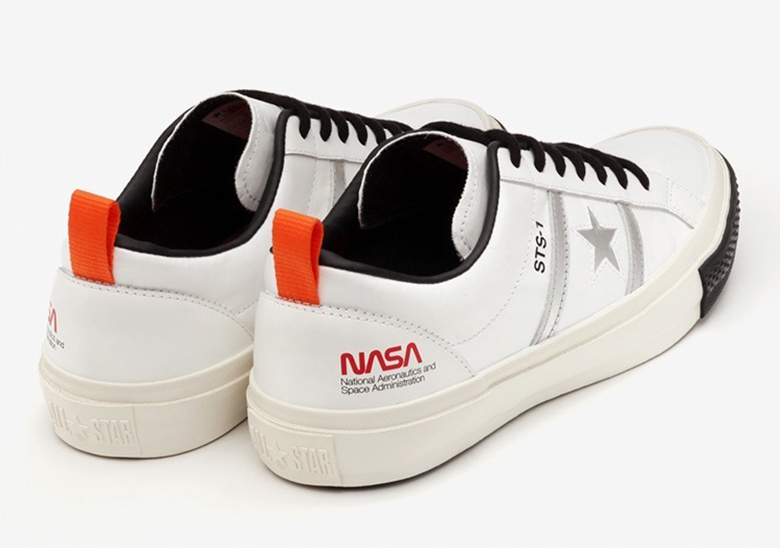 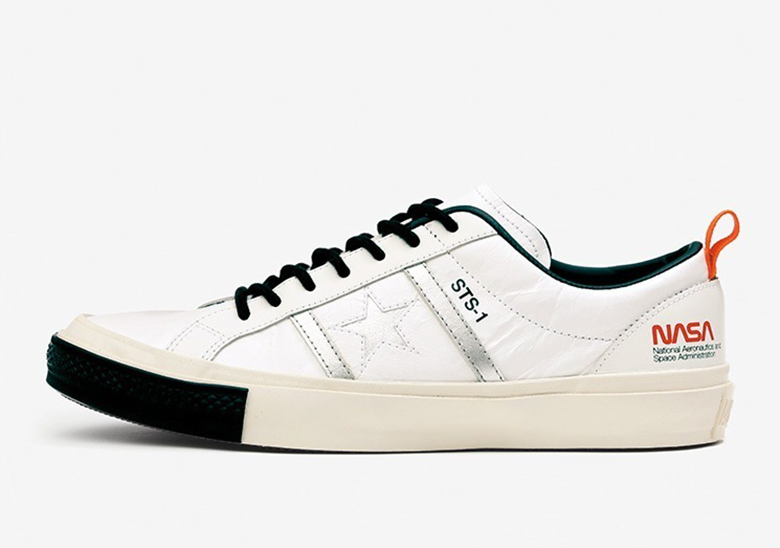 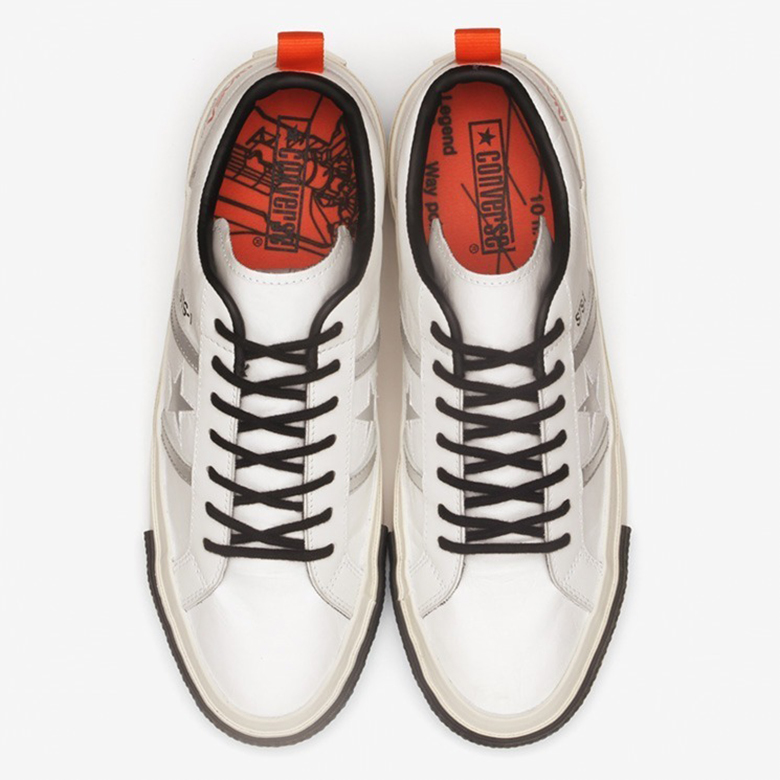