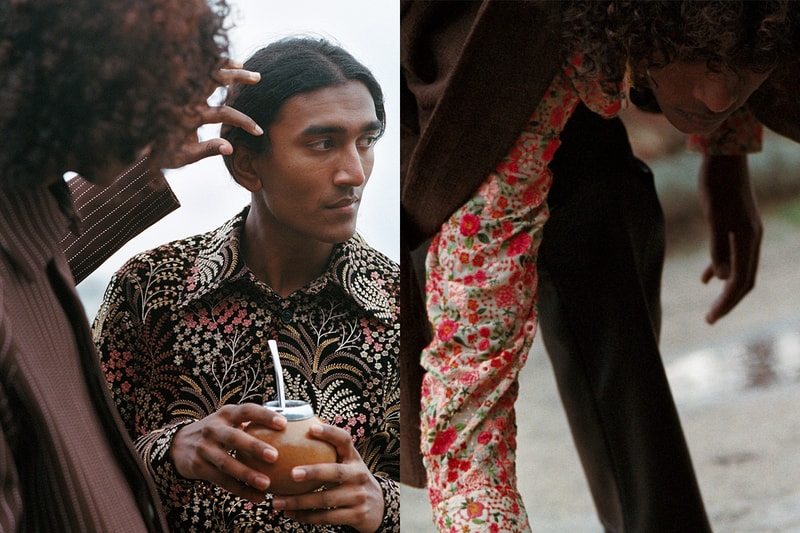 Never one to disappoint, Swedish label Séfr has returned for Fall/Winter 2021 to present its latest collection titled “Rambaldi.” As per, the collection is filled with impeccably-cut outerwear and tailoring, while signature styles of jeans, shirts, sweaters and more are now joined by Séfr’s inaugural footwear launch.

“Rambaldi” tells the tale of early Italian immigrants that moved to Gothenburg, however, once they got to Sweden, they realized that finding food from their home country proved difficult. Rambaldi was a store opened up by an Italian man who sold pasta in Gothenburg, and decades later this very store was taken over by the brand’s creative directors’ father.

As a result, “Rambaldi” is about a boy growing up in that shop, which translates to a collection that’s both youthful and expressive, filled with color and vivid prints that dazzle alongside archetypal Séfr pieces served in muted, typically Swedish palettes.

Standouts from the FW21 collection include the Tricola coat — a “Coffee Brown” faux leather overshirt-styled piece that’s elongated and tailored to perfection — as well as Saed coat, which combines its brown base with “Lichen”-toned pinstripes for yet another formal look, and is joined by a complementing double-breasted blazer.

Color comes on classics such as the Rampoua shirt that’s served in “Lemon Juice” yellow, while a multitude of shades can be found decorating the patchwork Gote cardigan. For prints, Séfr presents its Ripley shirt in “Garden Embroidery,” seeing small flowers and other botanical details gracing the cream viscose base, as well as a 90 percent wool scarf that’s finished in a bright blue check.

Rounding out Séfr’s standouts is its first step into footwear, delivering the Lucky boot. This low-heeled pair is seen most clearly in its black colorway, and is detailed with crimped stitching on the top of the boot.

Check out Séfr’s FW21 “Rambaldi” collection in the Linus Morales-shot lookbook above, and expect items to release on Séfr’s website in the coming months.

For more on tailoring, here is why Drake’s think we’ll continue to wear suits.