While official images of the duo have yet to emerge, on-foot looks by the likes of Travis Scott have delivered a solid idea of what to expect in-hand. Clearly pairs of the Blazer Mid, both options rework the classic ’70s silhouette into propositions so unrefined that they warrant attention. Sole units indulge in a warped composition that slightly resembles foam cushioning from some of the Swoosh’s competitors; profile logos are reshaped and seemingly applied haphazardly. Elsewhere, the lacing system evokes the untraditional style seen on sacai‘s collaboration from 2019. Tongues and heel underlays introduce further flair to the forthcoming duo, boasting a greyscale camouflage pattern.

A complete store list for READYMADE’s two Blazer hasn’t surfaced yet, but that’s likely to change before February 27th.

For more from the NIKE, Inc. family, check out an updated look at the Air Jordan 10 “Dark Mocha”. 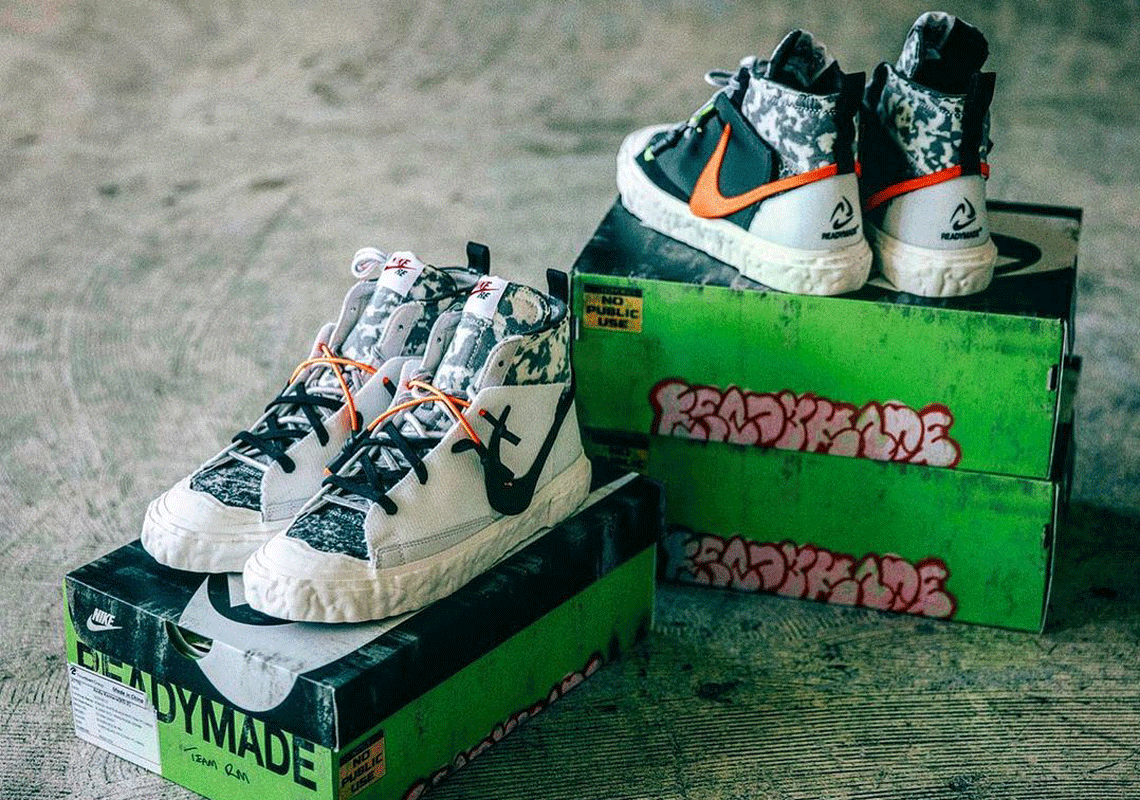