Trophy Room, the Florida-based sneaker boutique headed by Michael’s own son Marcus, has another Air Jordan collaboration in the works. Though relatively young in the landscape of footwear boutiques, Trophy Room has understandably received some preferential treatment on the collab front. This upcoming Air Jordan 1 Retro High OG, previewed in late Fall of last year, has caught the attention of many Jordan fans particularly for its “Chicago”-esque colorway blocking, but there are plenty of nuanced touches that make these Trophy Room’s best concept yet.

Presumed to be inspired by the 1985 NBA All-Star Game in Indiana, this Air Jordan 1 Retro High OG is rife with aged detailing such as the yellow-treated midsoles and the throwback-style logo patch stitched onto the insoles. Seen through the opaque rubber sole are four stars in alternating blue and red, a detail seen on the All-Star jerseys of that game. Finally, Michael Jordan’s insignia can be  founded embedded onto the heels of both shoes. Meanwhile, the “Chicago” style upper sees white contrast stitching with shimmering panels that speak to allure of the mid-season classic.

The 2021 NBA All-Star Game was originally scheduled to take place in Indiana, and its clear that this release was meant to tie back to 1985 – the origin year of the Air Jordan 1.  But with the All-Star Game effectively cancelled due to COVID-19, it’s not clear if the rumored February release of the Trophy Room Air Jordan 1s will still be happening – although the surfacing of these official images suggest that a drop is soon. Further rendering these more irresistible is the fact that these may be limited to just 12,000 pairs.  For now, enjoy a detailed look and stay tuned for updates.

In other AJ1 news, check out the latest on the University Blue Air Jordan 1s. 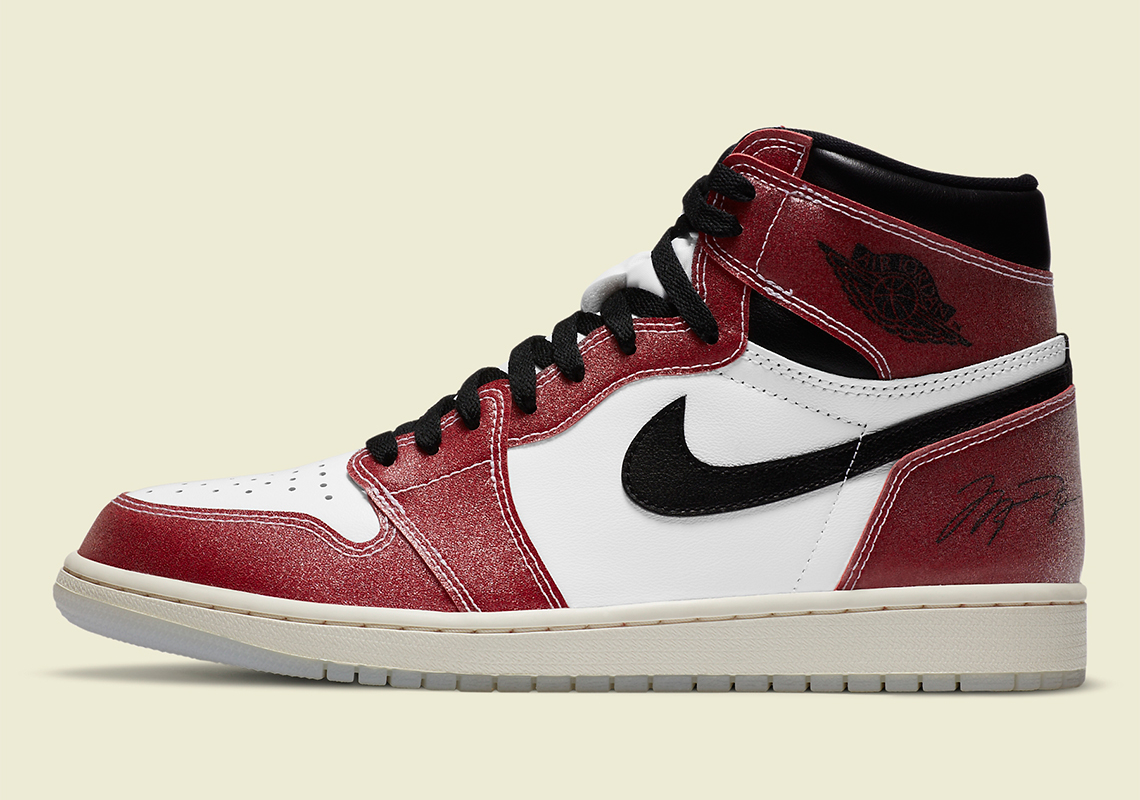 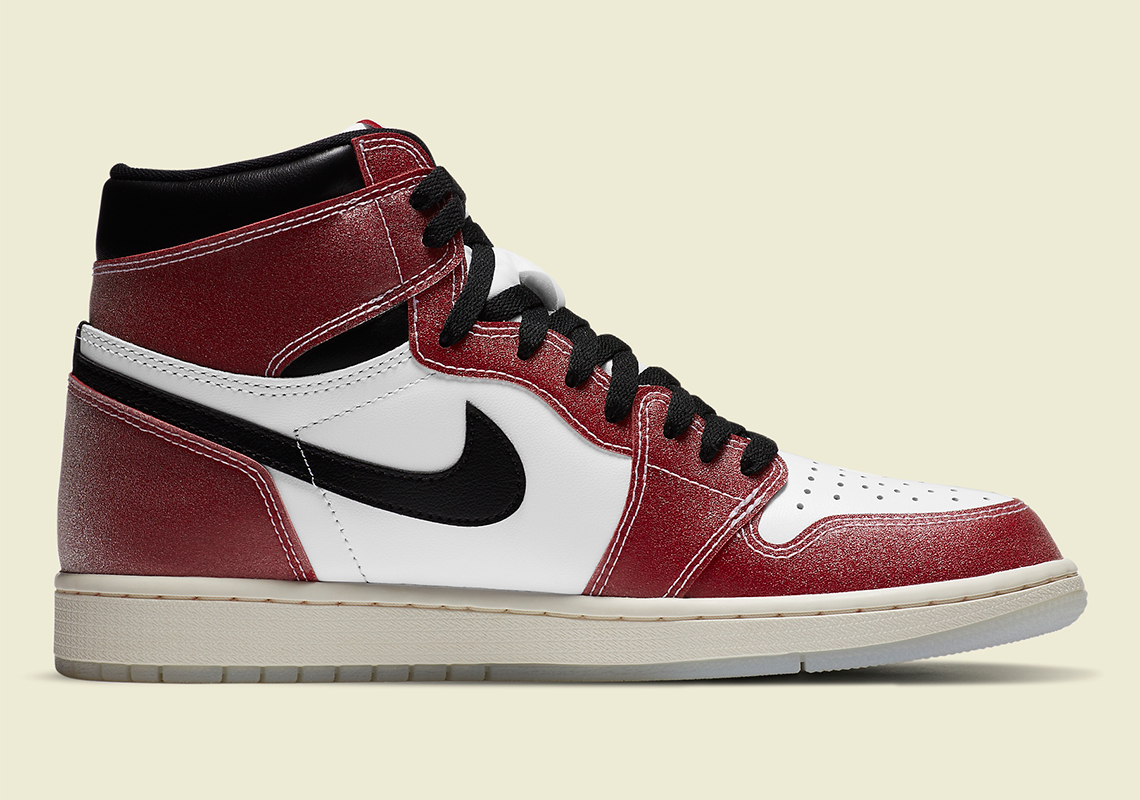 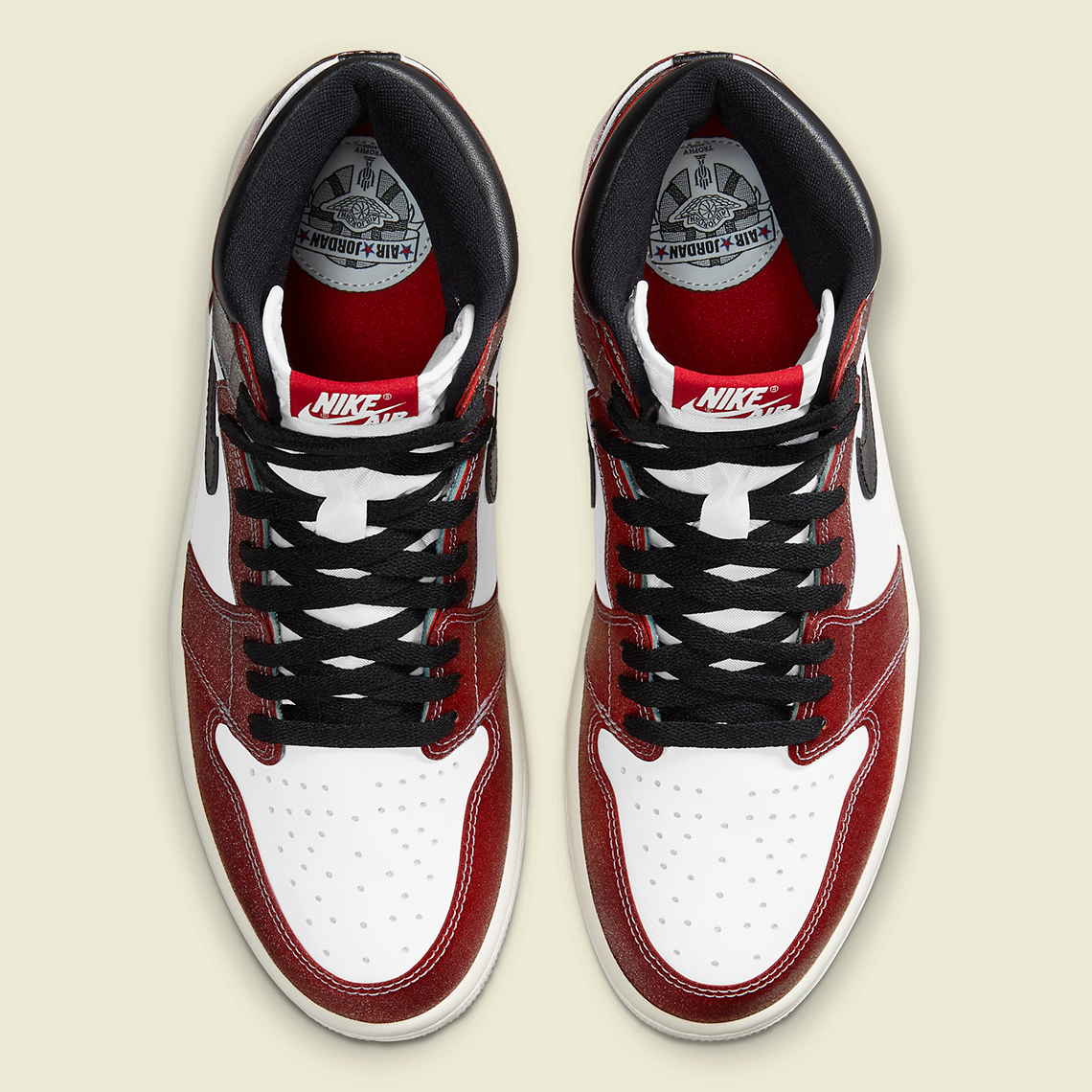 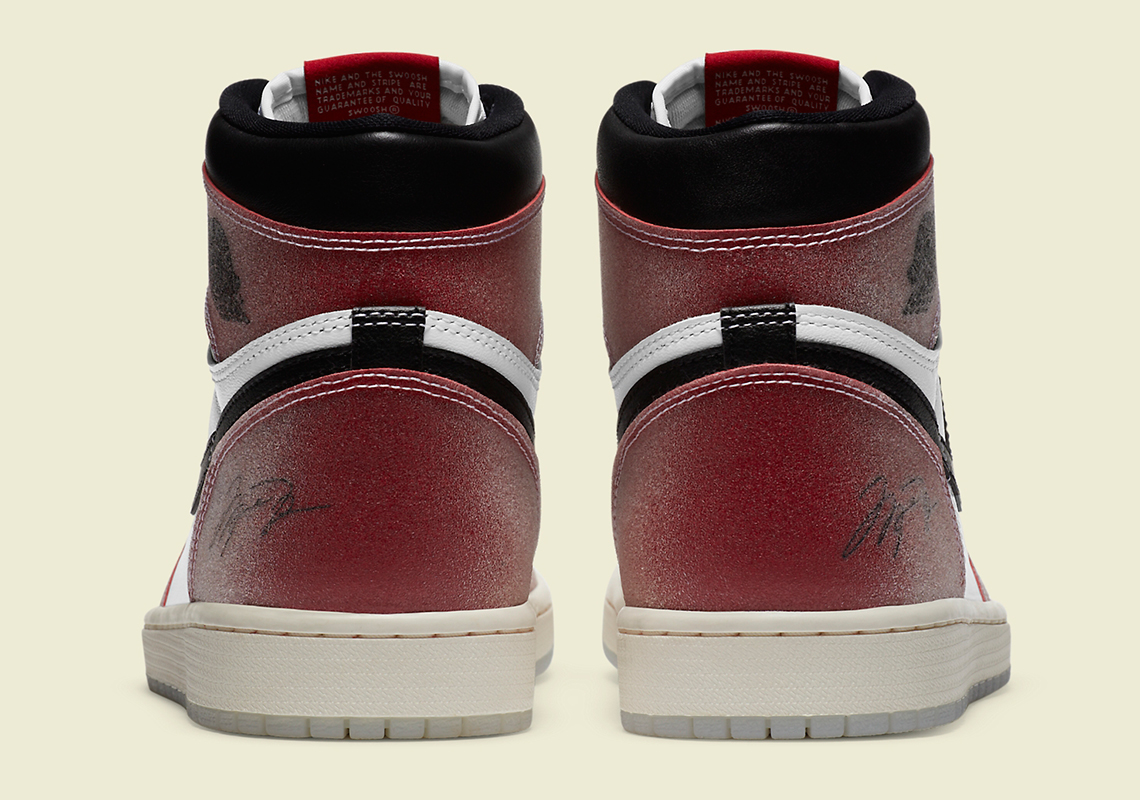 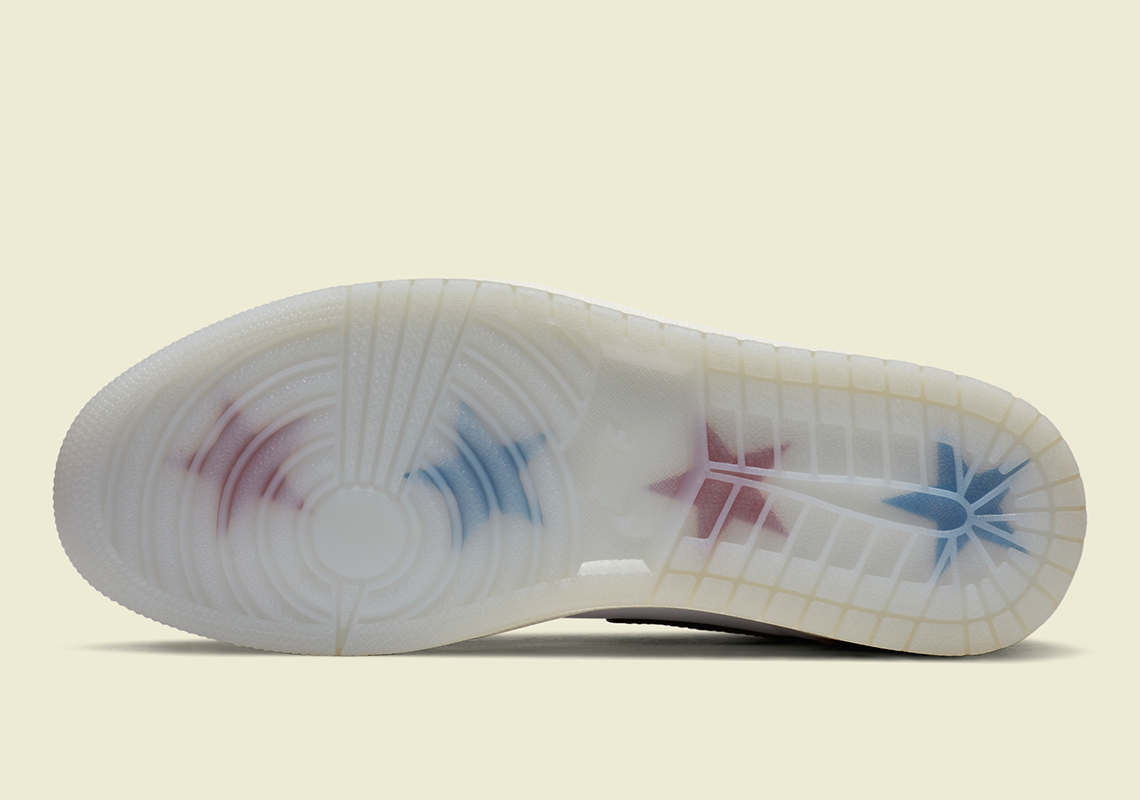 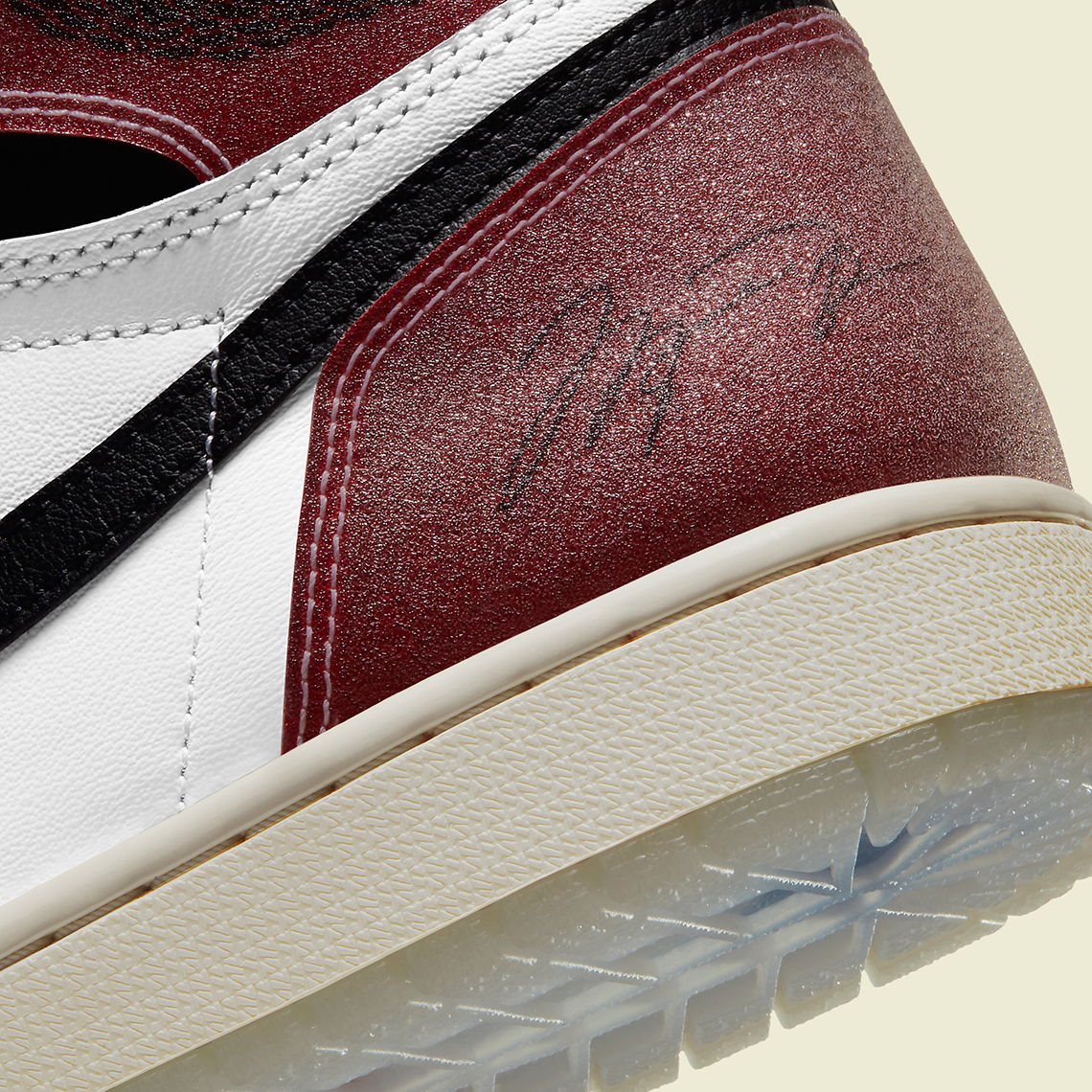 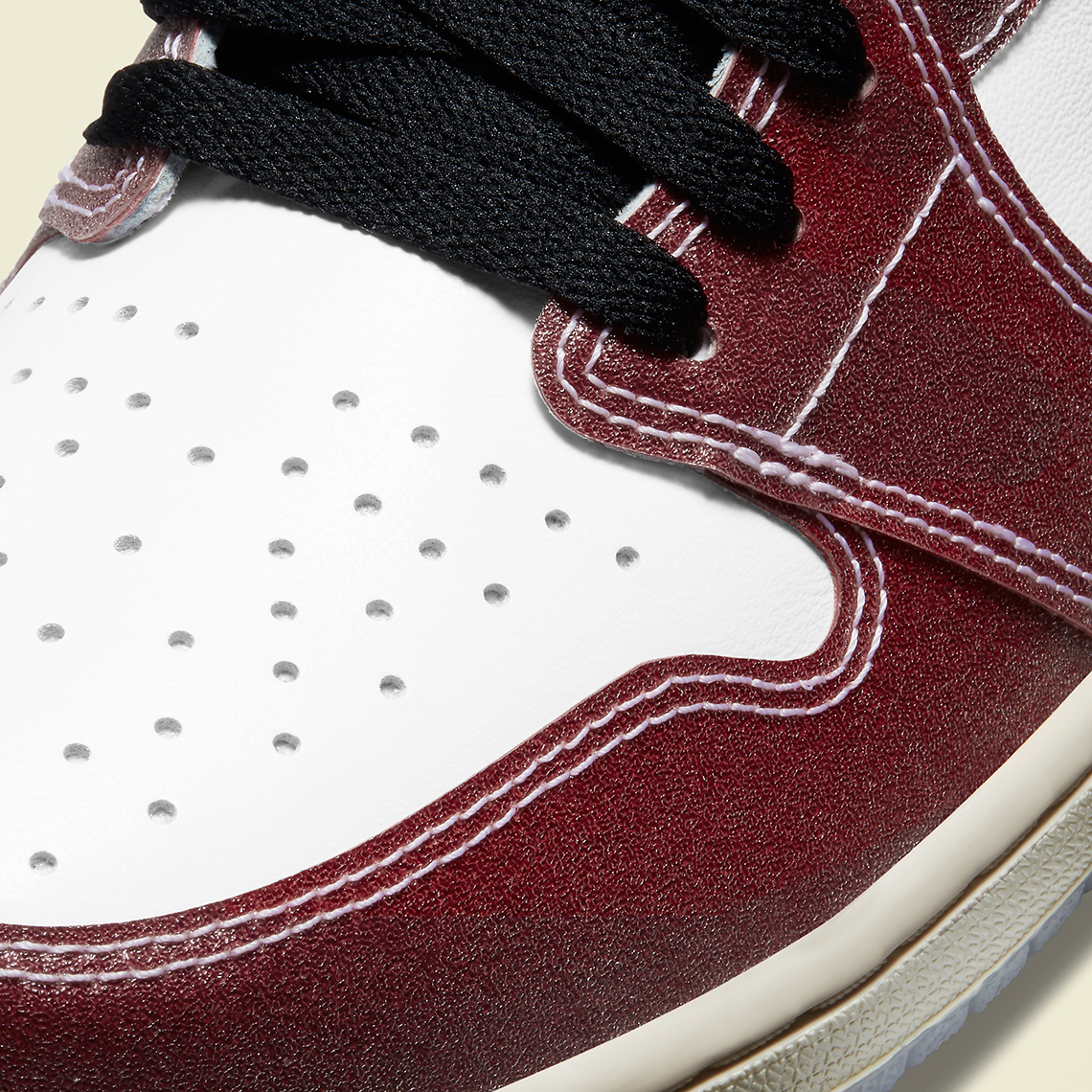