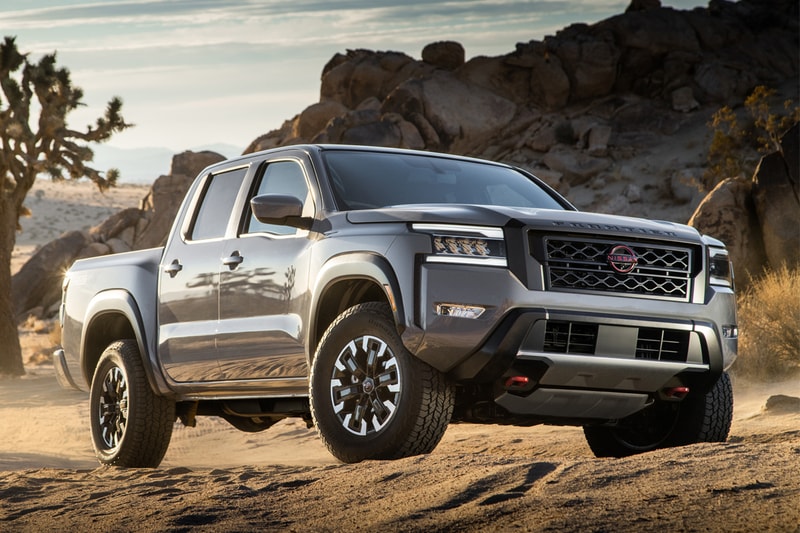 Nissan has just unveiled its Frontier for 2022, modernizing the longstanding pickup line with a new look and engine.

Powering the truck now is a brand new 3.8-liter V6 engine, pushing out a trusty 310 horsepower and 281 pound-feet of torque. With a nine-speed automatic transmission, the car maximizes its towing capacity at 6,720 pounds through either a standard rear-wheel drive or optional four-wheel drive configuration. While the frame itself was derived from its original creation back in 2005, Nissan says it has been upgrading the chassis gradually over the years so that performance will be up to current standards. The wheelbase comes standard now at 126 inches, although a model with a longer wheelbase will arrive later on, increasing the measurement by another 13.8 inches.

As for its interior, the Japanese automaker has also given it a much needed revamp. Equipped with the company’s newest software, there’s now an eight-inch infotainment system support Apple CarPlay and Android Auto, which you can upgrade to larger nine-inch options. This is paired with another seven-inch screen along with a WiFi hotspot, USB A and C ports, and even a wireless phone charger. Nissan’s Zero Gravity seats now also come standard.

Available in four trims — S, SV, PRO-X, and PRO-4X — Nissan will be launching its 2022 Frontier sometime this summer.

Elsewhere in the automotive world, Ford has announced a $29 billion USD investment in electric and autonomous vehicles.