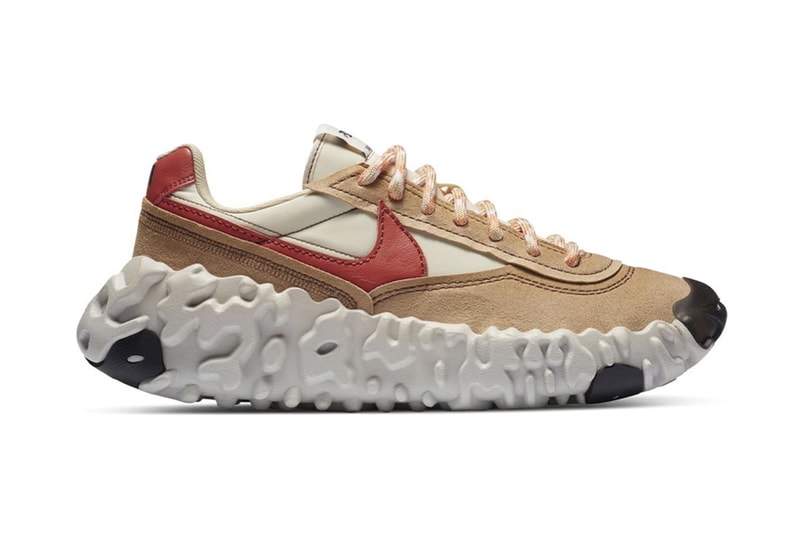 Despite reports to the contrary earlier this year, Nike is now preparing to release its OverBreak SP “Fossil.” The colorway had been rumored to be scrapped, with its resemblance to the classic Mars Yard color combinations cited for its disappearance. However, the “Club Gold/Mantra Orange/Fossil” design is poised to arrive this month.

As well as its Mars Yard-esque colorway, the stand-out feature of the sneaker is the OverBreak SP’s signature sole unit. In this design, the outsole is finished in a white and black colorway, which offsets the nature-inspired notes of “Club Gold,” “Mantra Orange” and “Fossil” that appear on the suede and mesh upper.

Take an up-close look at the Nike OverBreak SP in “Fossil” in the gallery above. The sneaker is due to release at select stockists including Goodhood on February 20.

For more from Nike, we looked at whether or not hands-free is the future of footwear.