Coincidentally around the time of the Superbowl, Nike revealed an Air Force 1 ’07 LV8 that uses the New England Patriots color palette. This time, the Swoosh is dressing the same model in a black and orange color scheme, months before Halloween. Unlike the previous pair, Nike also kicks things up a notch and adds reflective materials.

The pair sees black pebbled leather uppers with a white midsole for a stark contrast. Even the tongue, laces, and branded labels are in black to create a single-colored base. The side exhibits a cutout effect to create its side Swoosh. Interestingly, the black textile that backs this cutout is reflective. More reflective materials are found on the heel tab and any graphics printed on labels. For a touch of color, an orange embroidered mini Swoosh is applied to the forefoot, with an even smaller one near the laces. Besides serving as a hint of contrast, these details also reflective, further amping up the Halloween vibes of the design.

Get a closer look at the AF1 below as you wait for the pair to drop at Nike.com for $90.

In other news on the Force, this upcoming suede Air Force 1 is inspired by “the enduring spirit of Mexican women.” 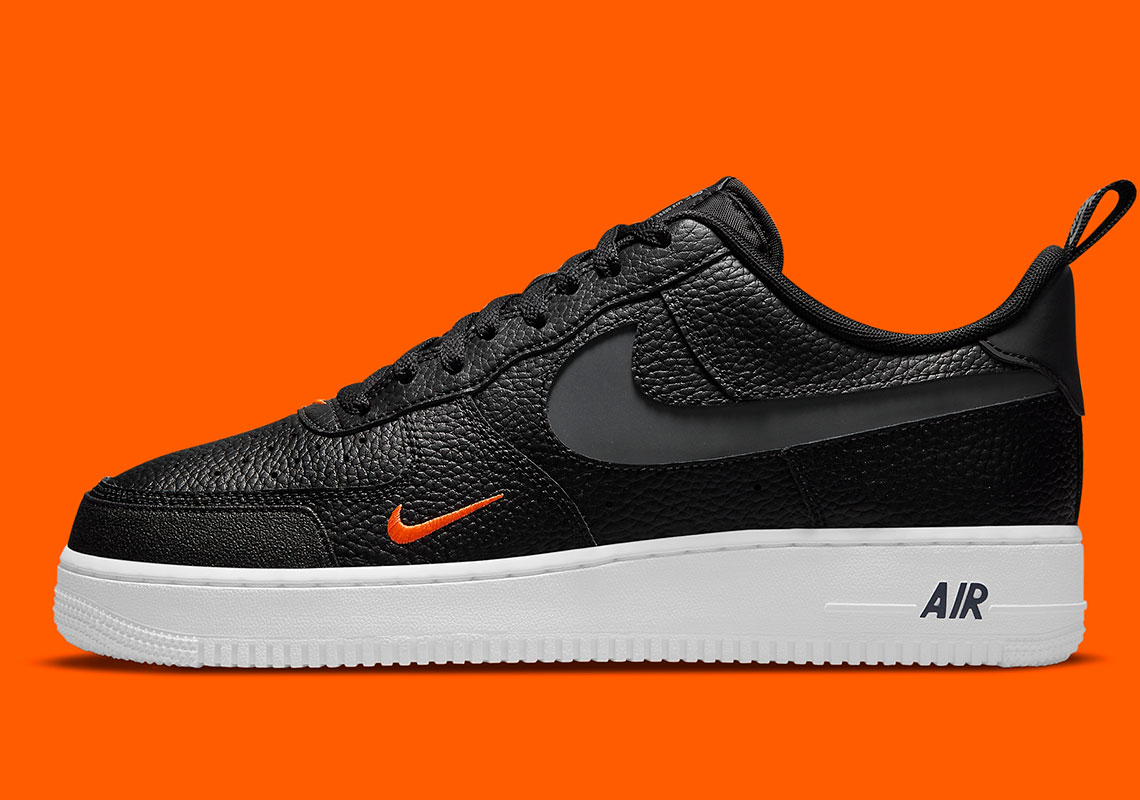 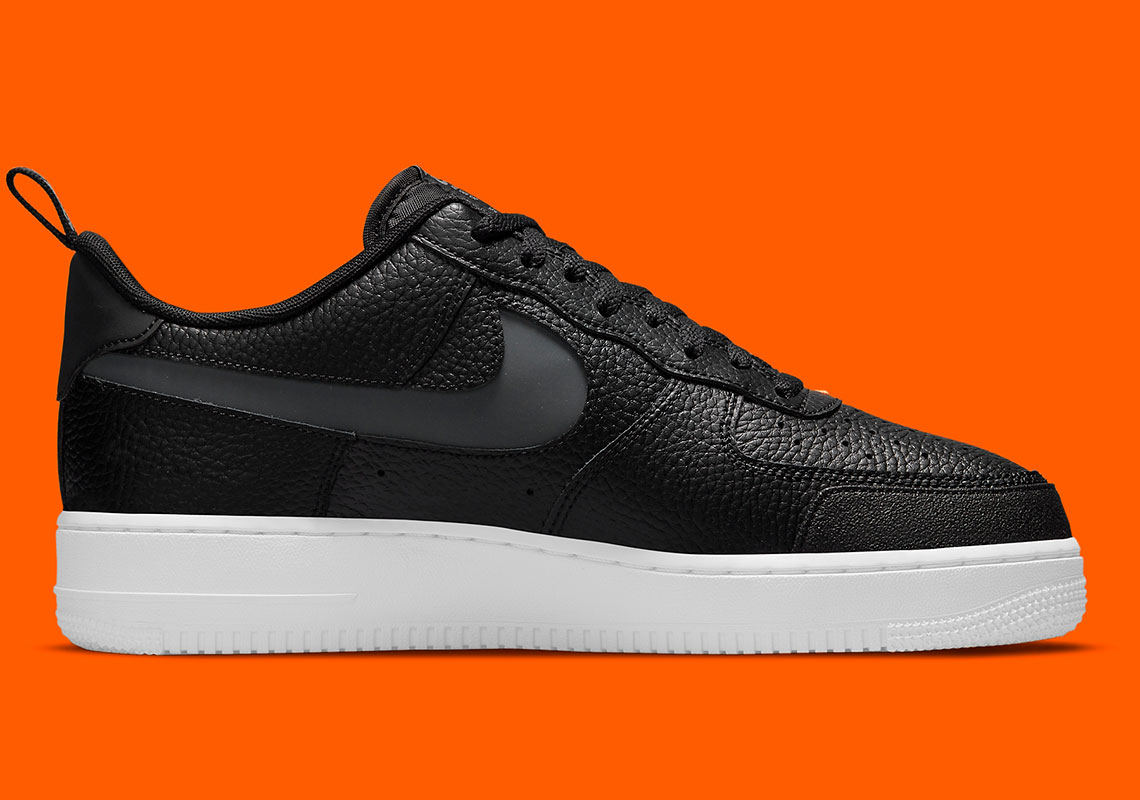 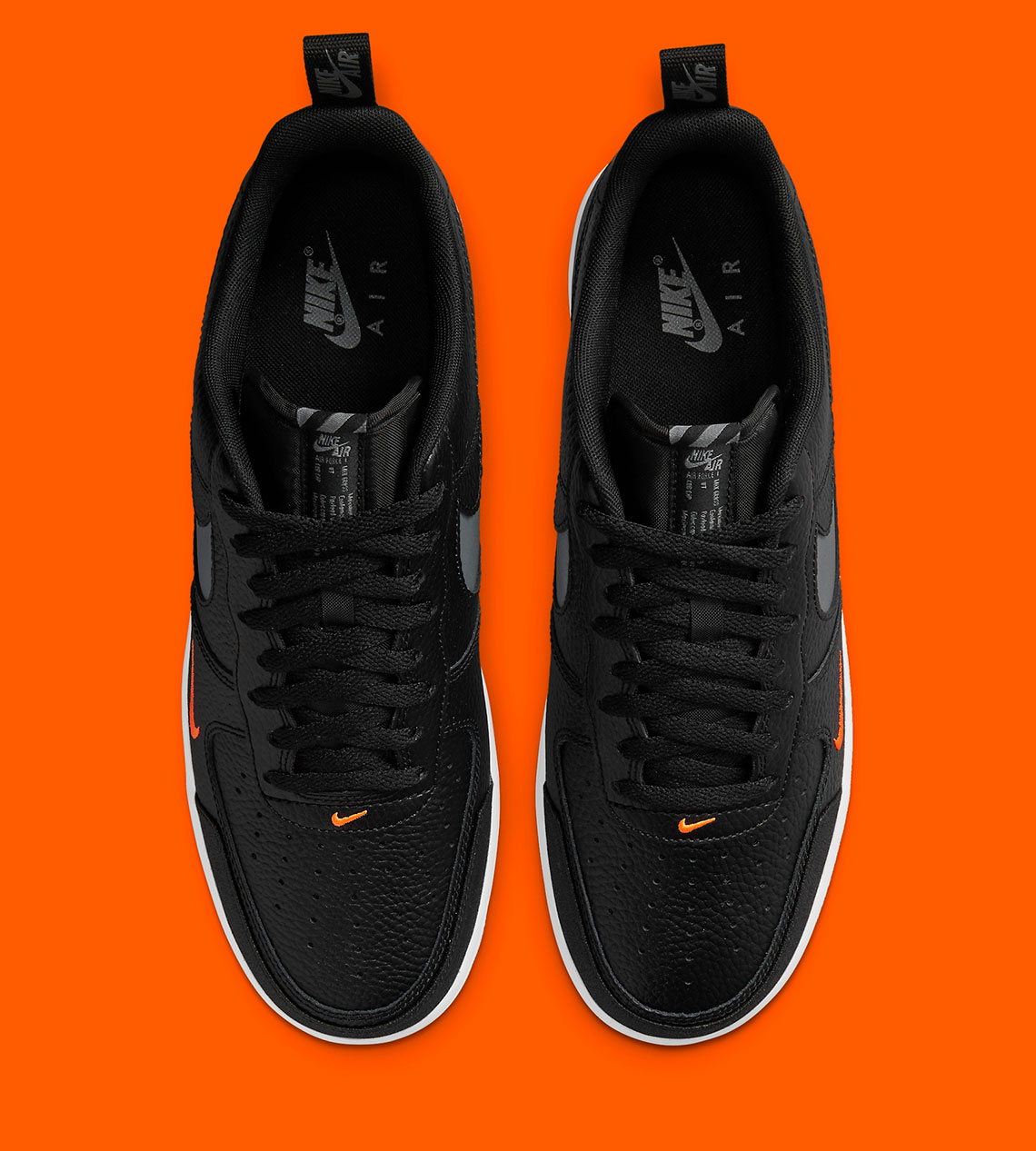 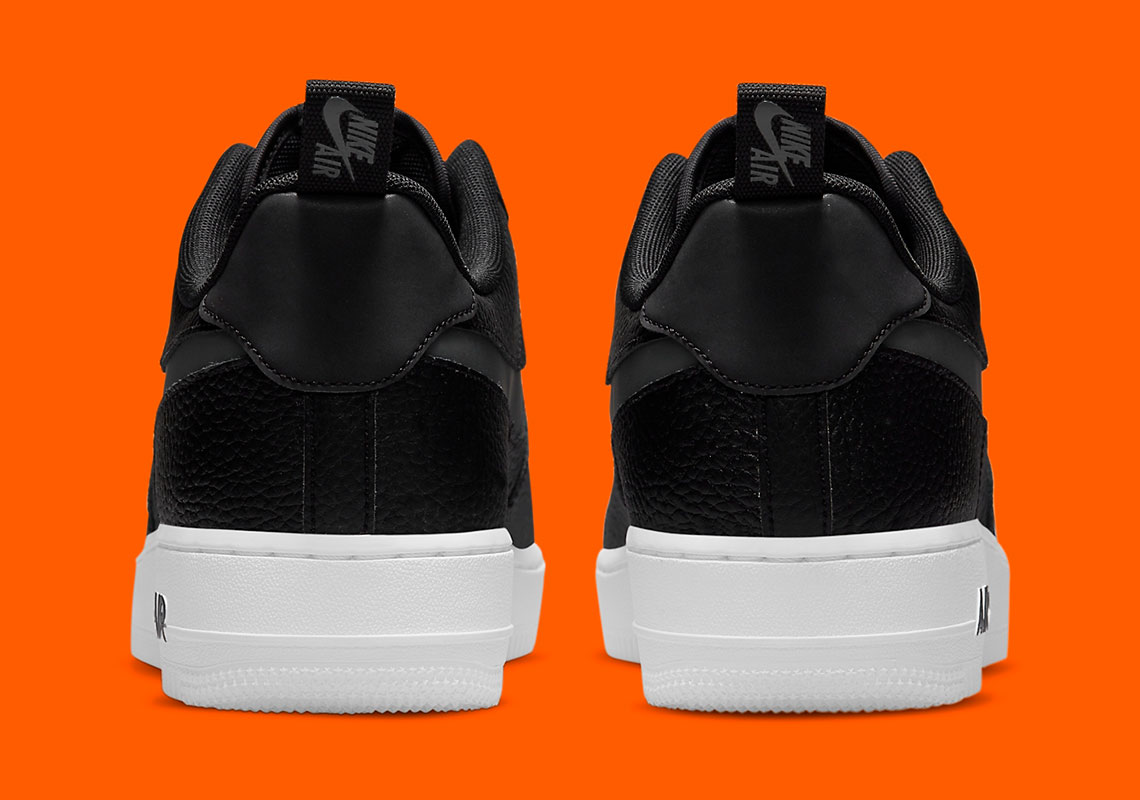 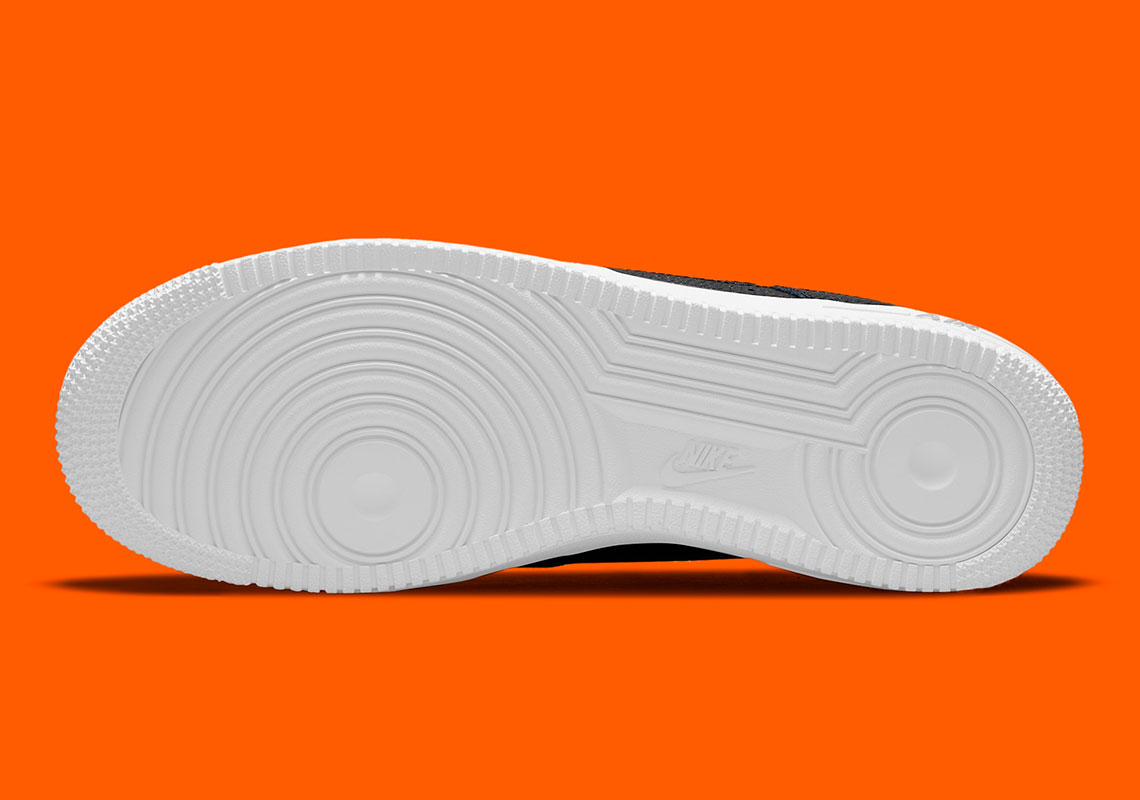 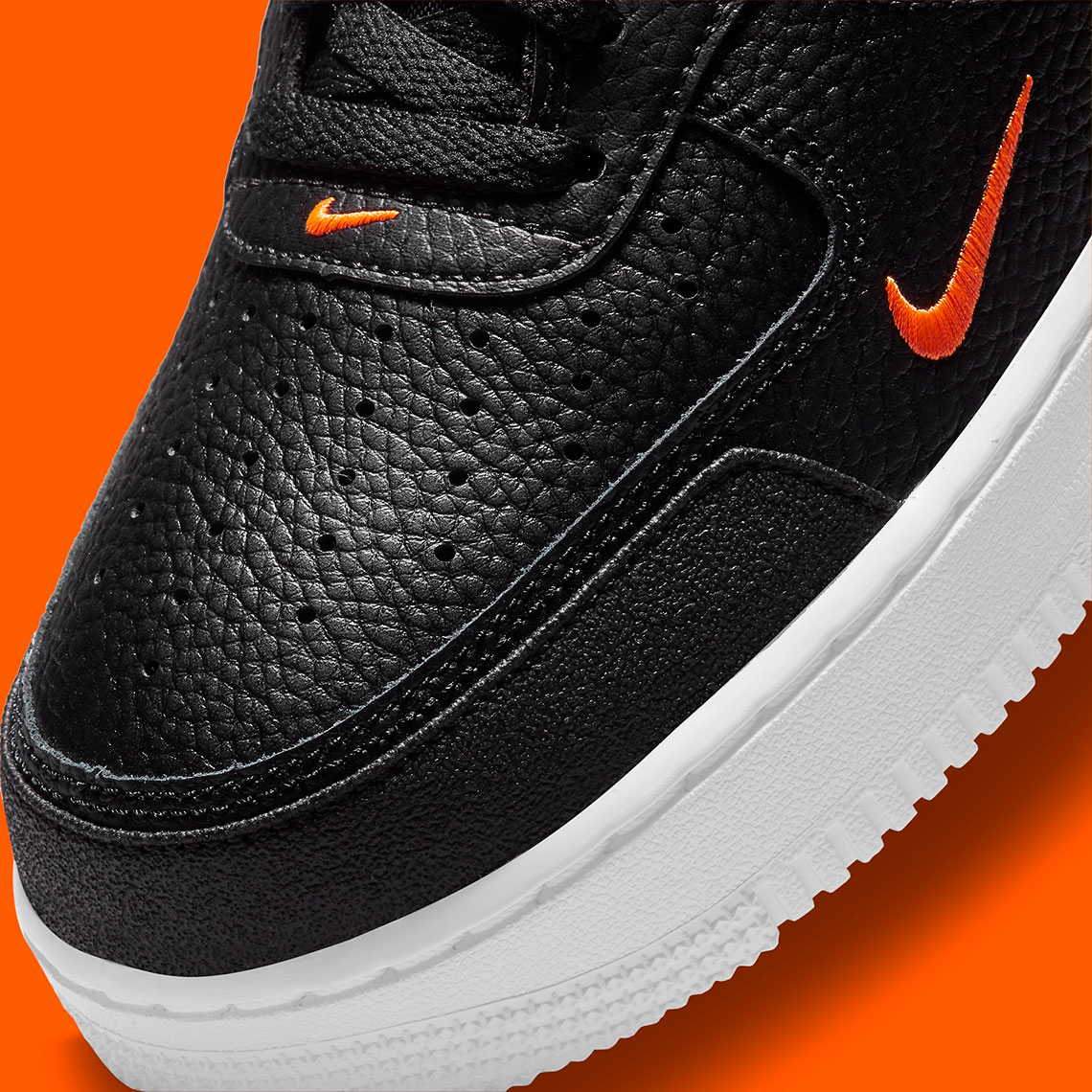 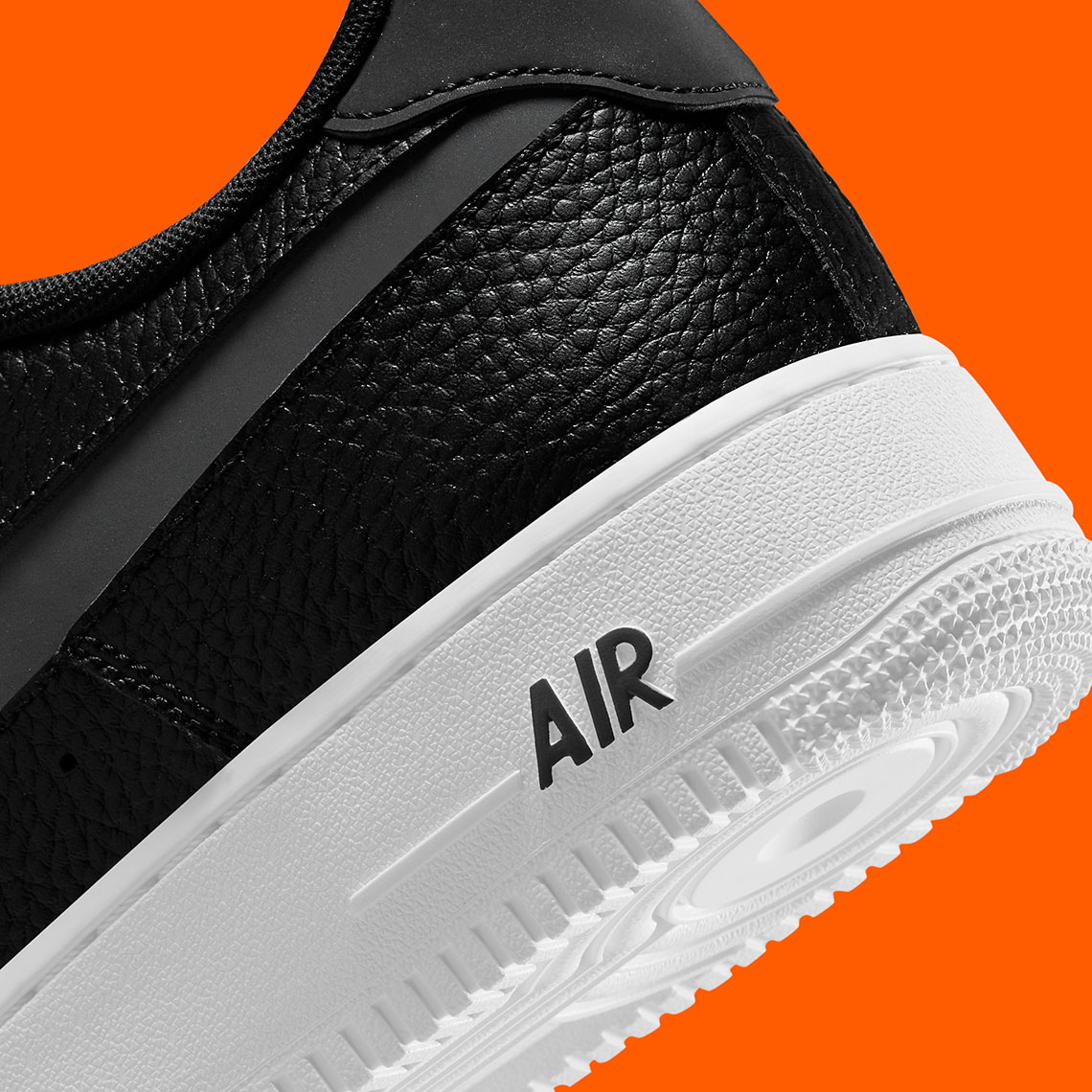 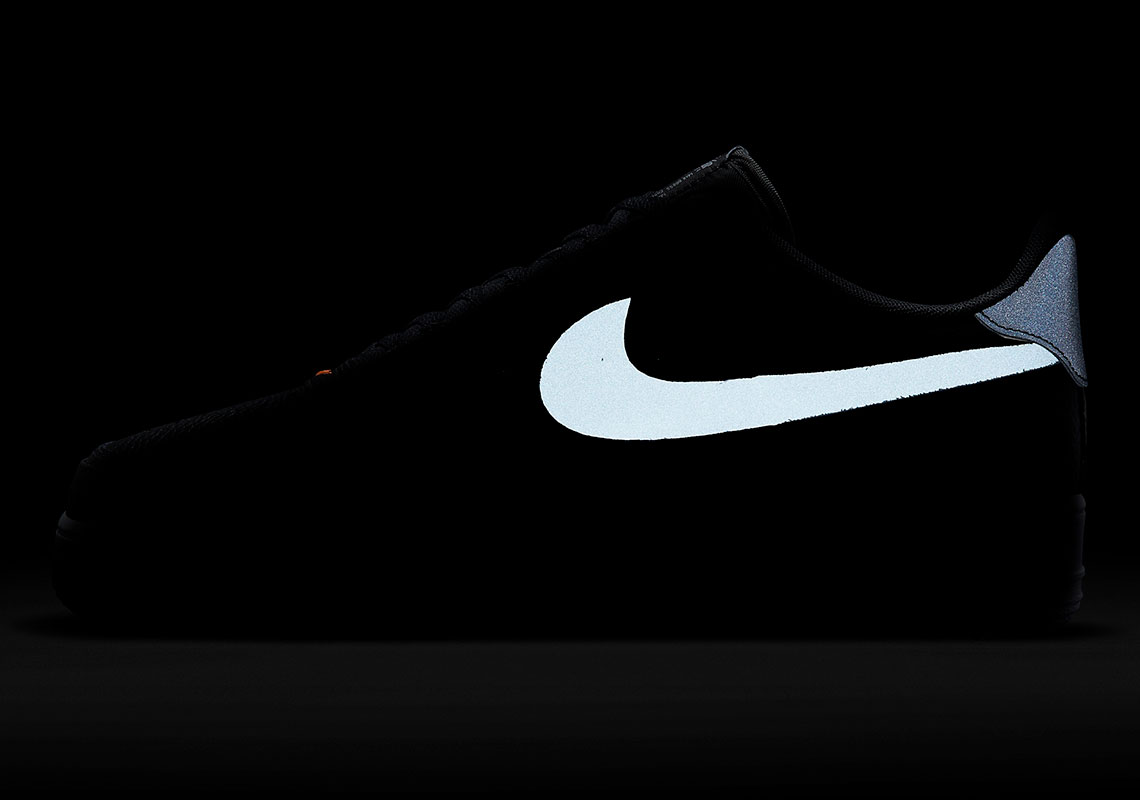 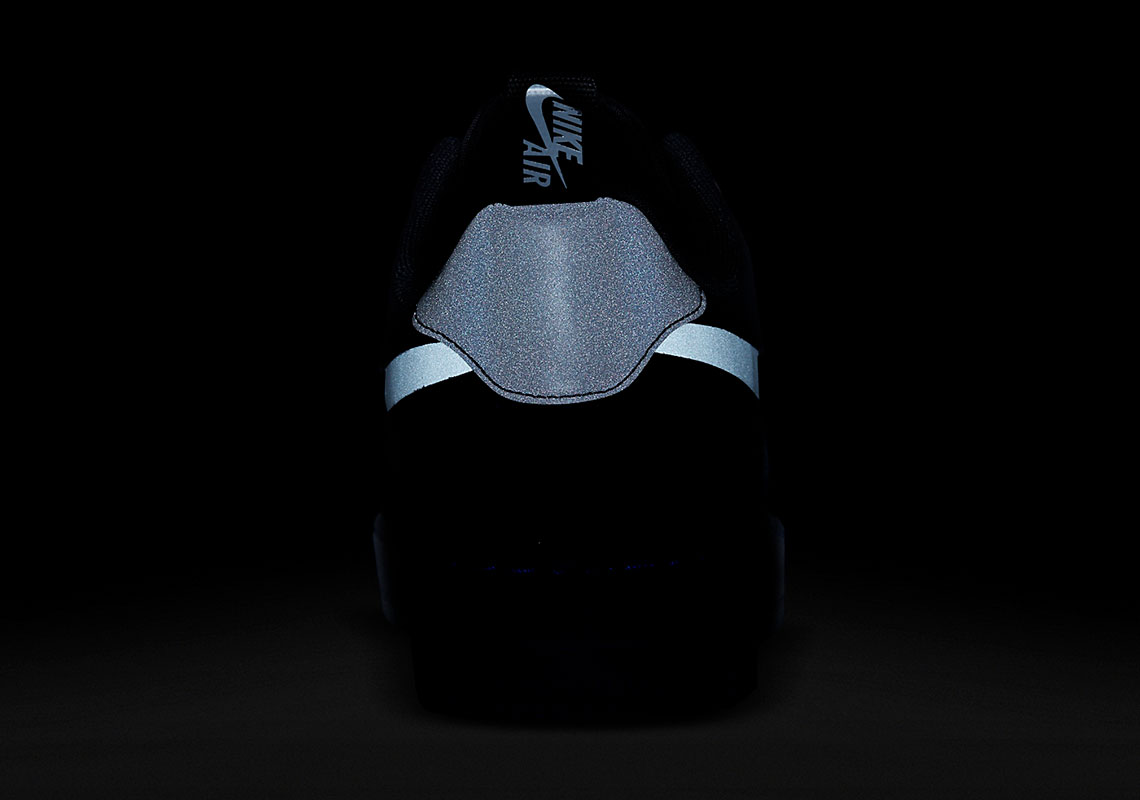