Not once since the start of 2021 has there been a week without a new Blazer. This year, Nike is putting quite a load on the classic silhouette, offering up paint-covered colorways and even some car-inspired releases with Grant Taylor. And though it may seem like it’s shying away from its roots, the Blazer Mid is soon to come out with a basketball-themed offering.

Apart from its sole, whose entire exterior is marked with a red/blue gradient, the pair’s design doesn’t stray too far from the original. White leathers still ground the entire construction, setting the base for greyed suede panels and some dark black Swooshes. Laces, then, swap out the usual strings for some patterned variants; these lead up to a set of NBA-inspired metallic logos, which provide clearer context for the literal basketball on the heel as well as the “No Regrets” and “Just Do It” slogans that are written adjacent.

Grab a close-up look at these here and expect a release to arrive at Nike.com soon.

In other news, the Air Jordan 6 Carmine is coming very, very soon. 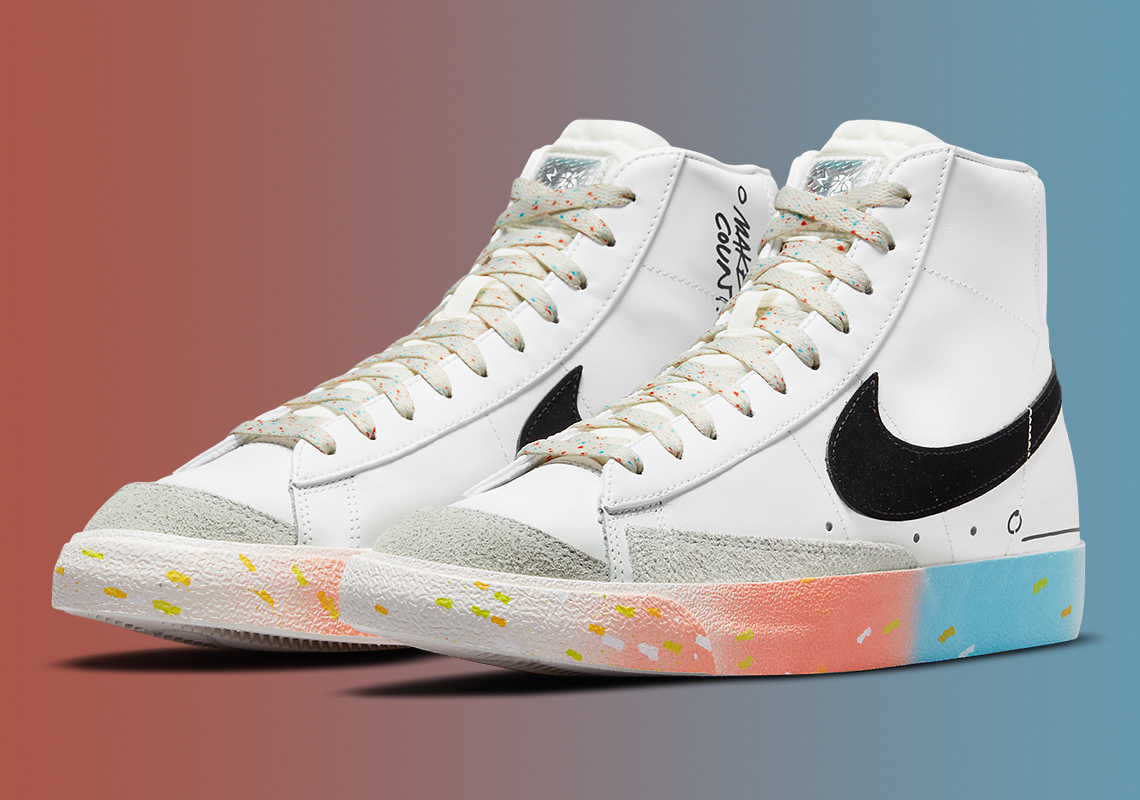 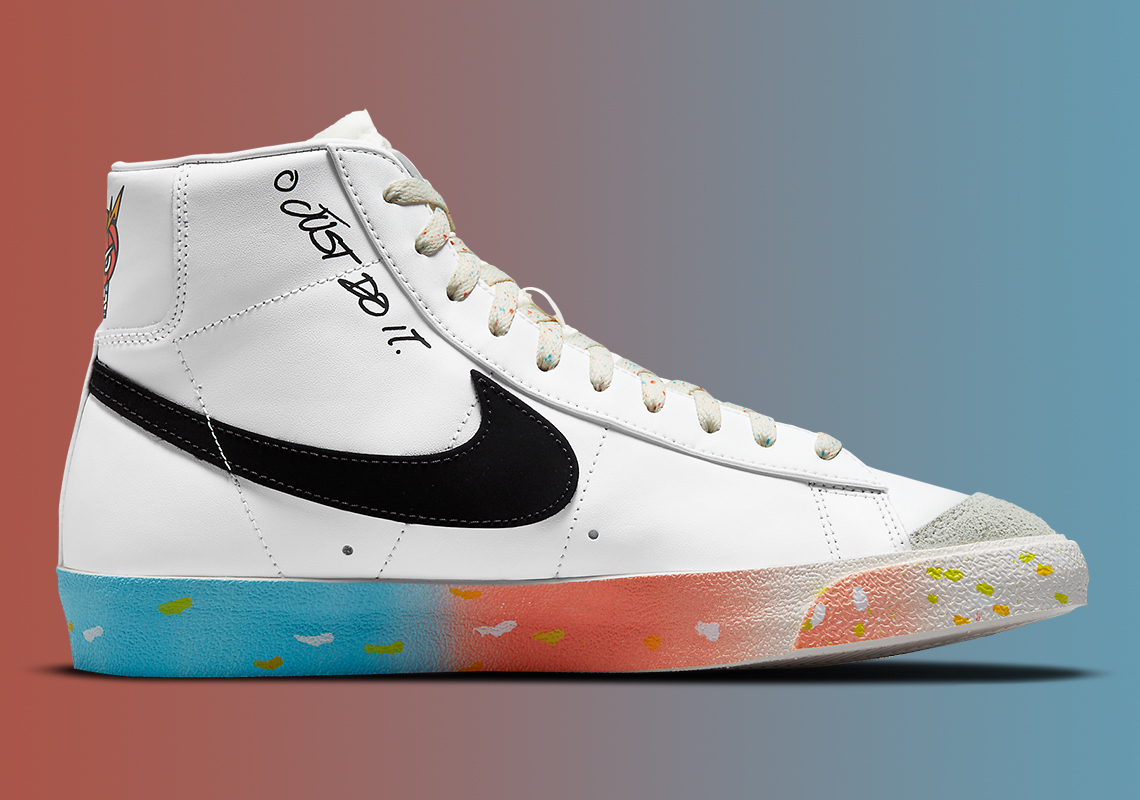 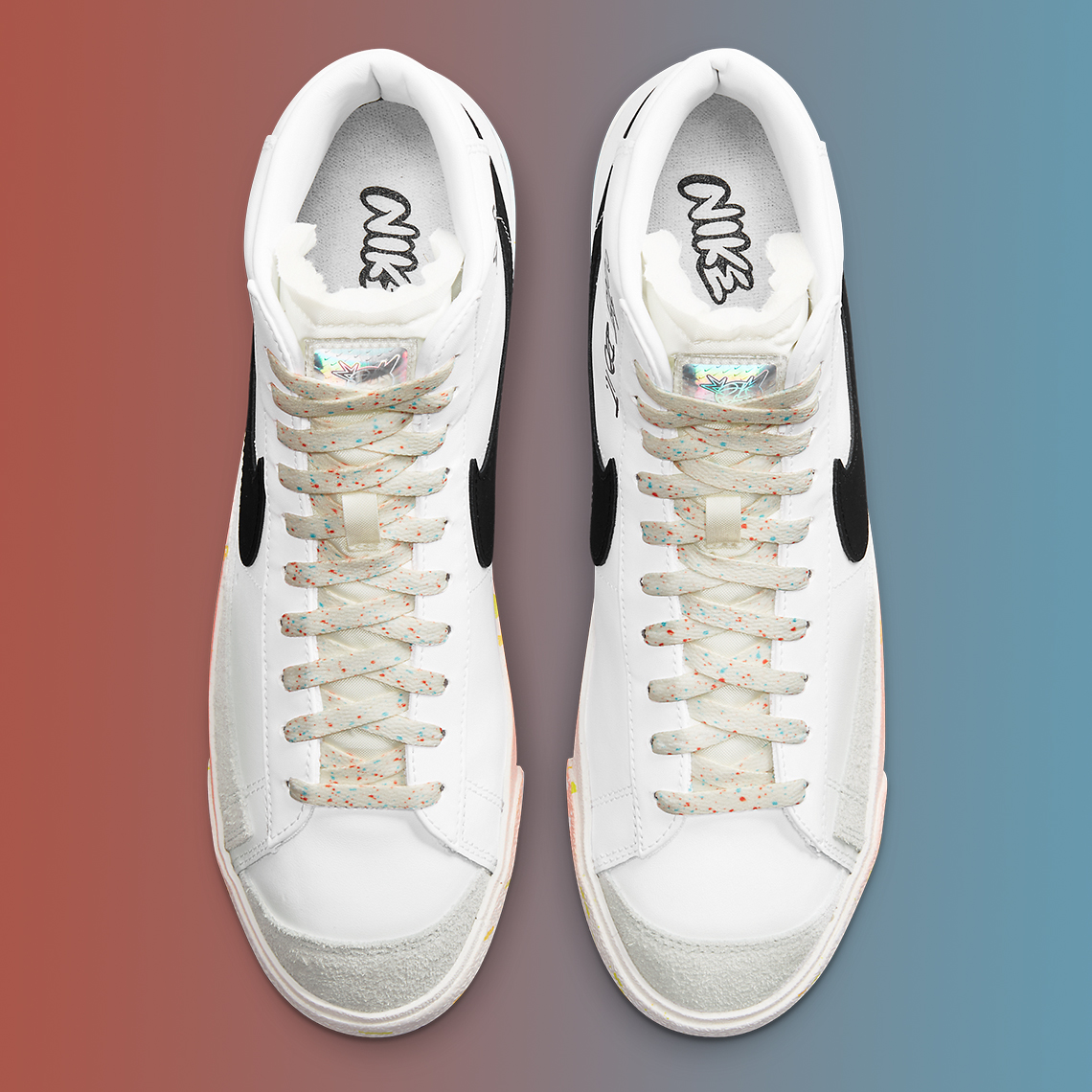 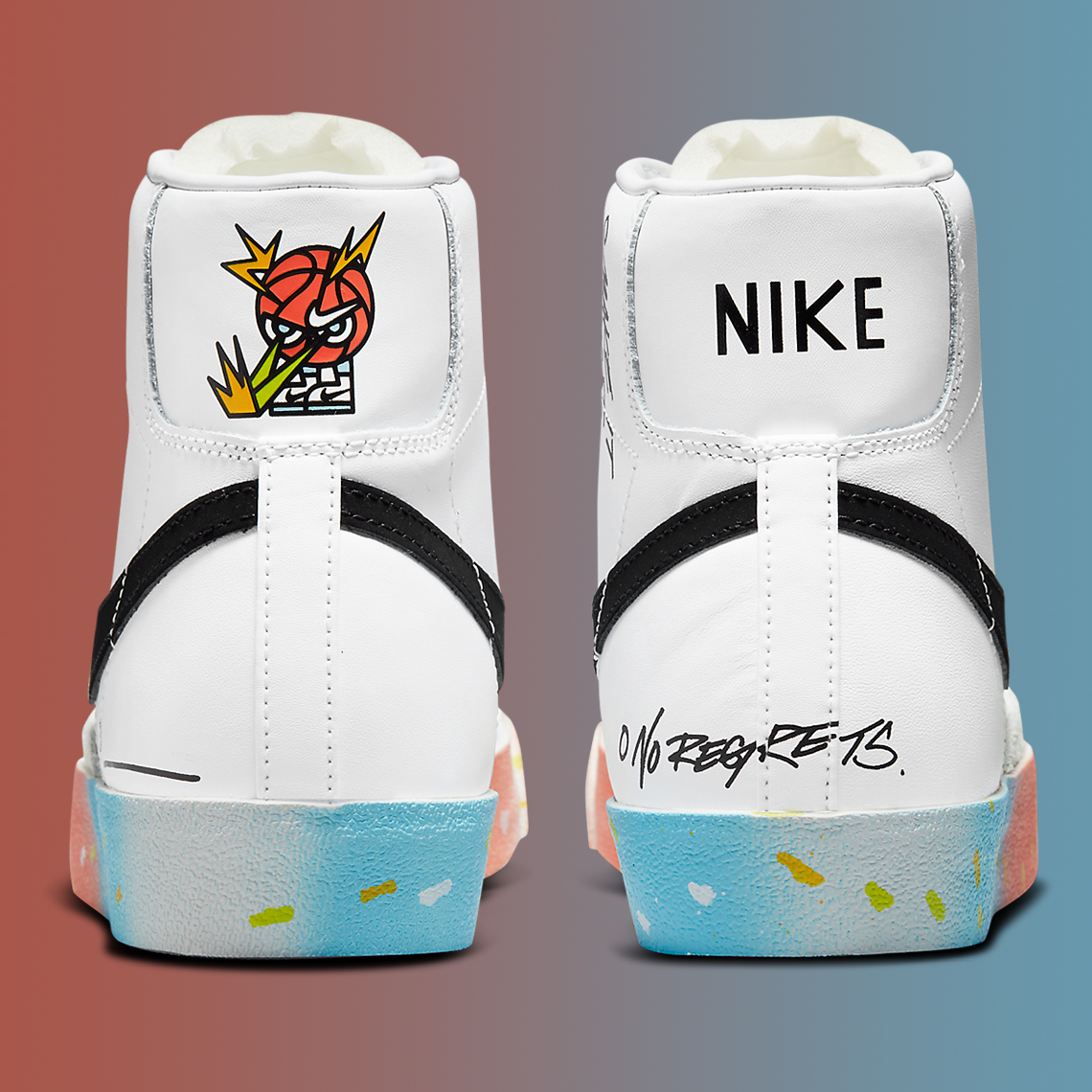 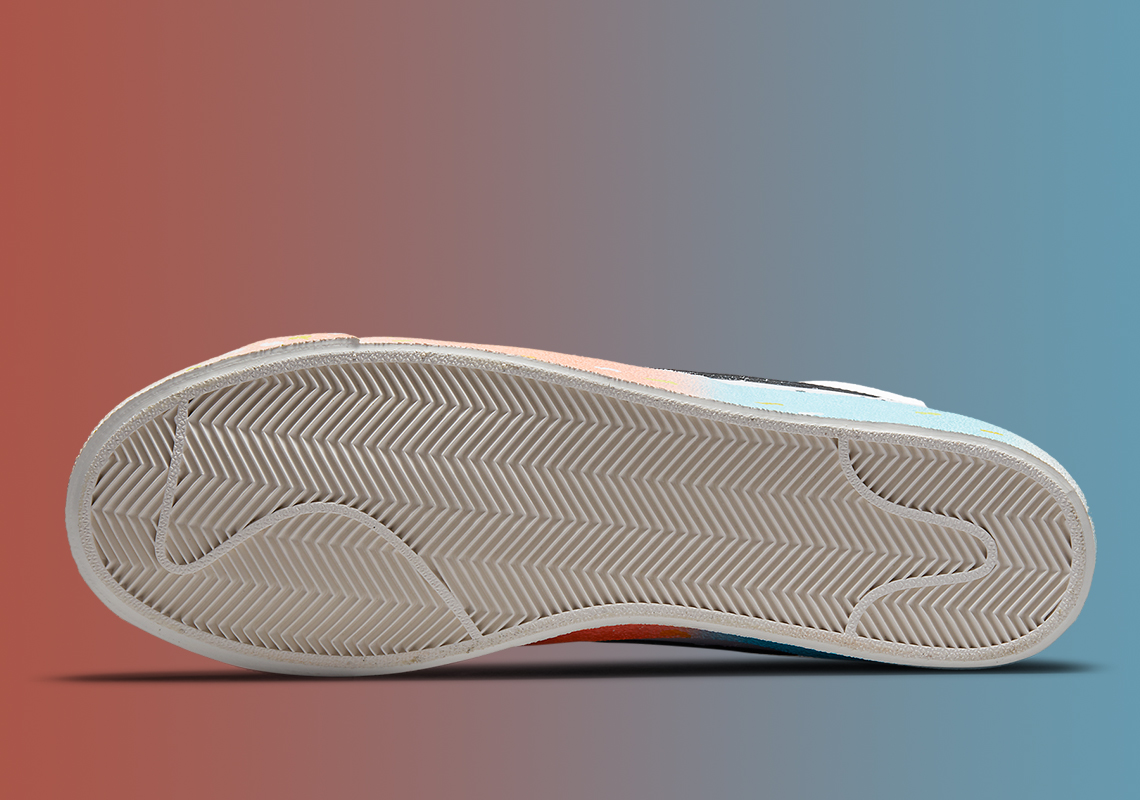 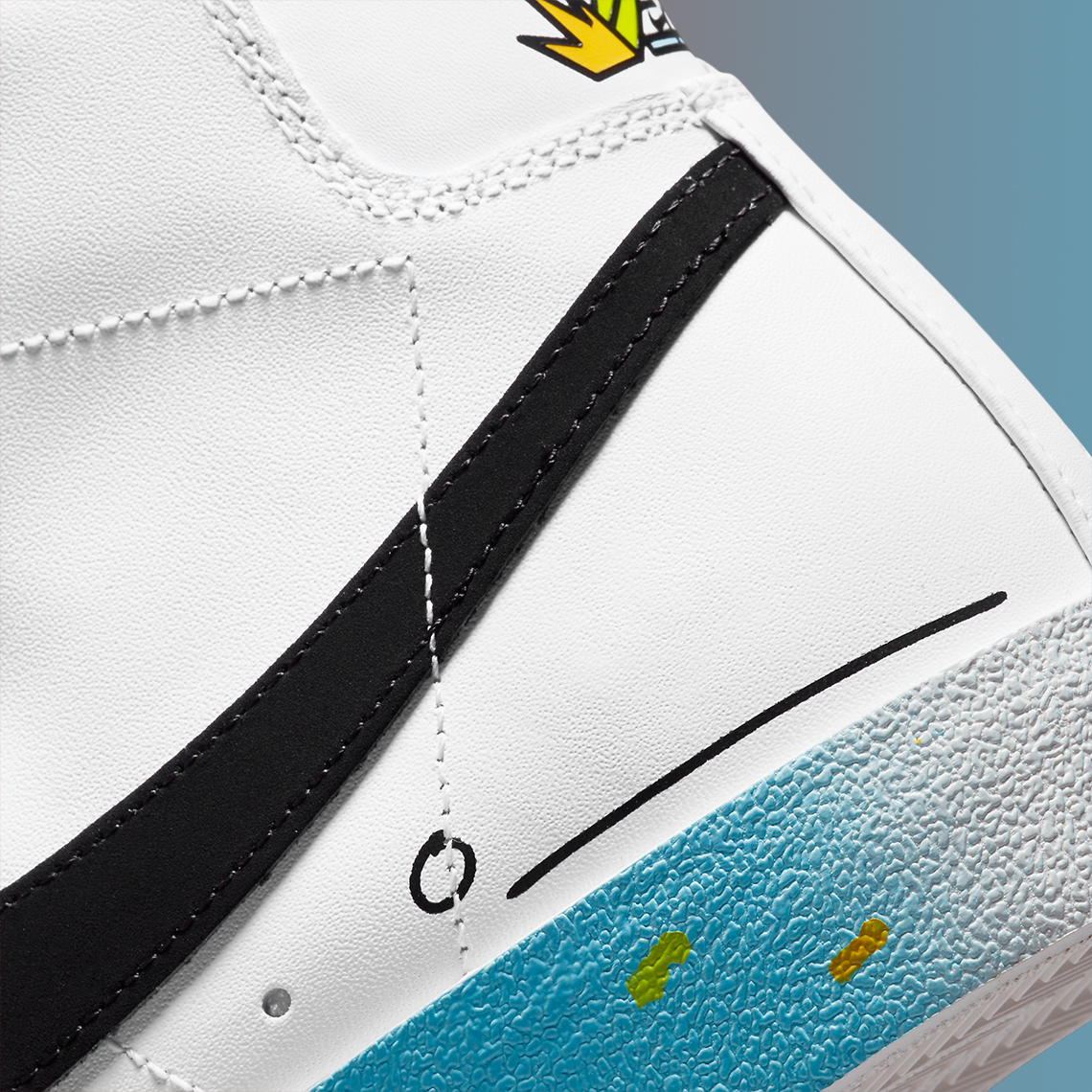 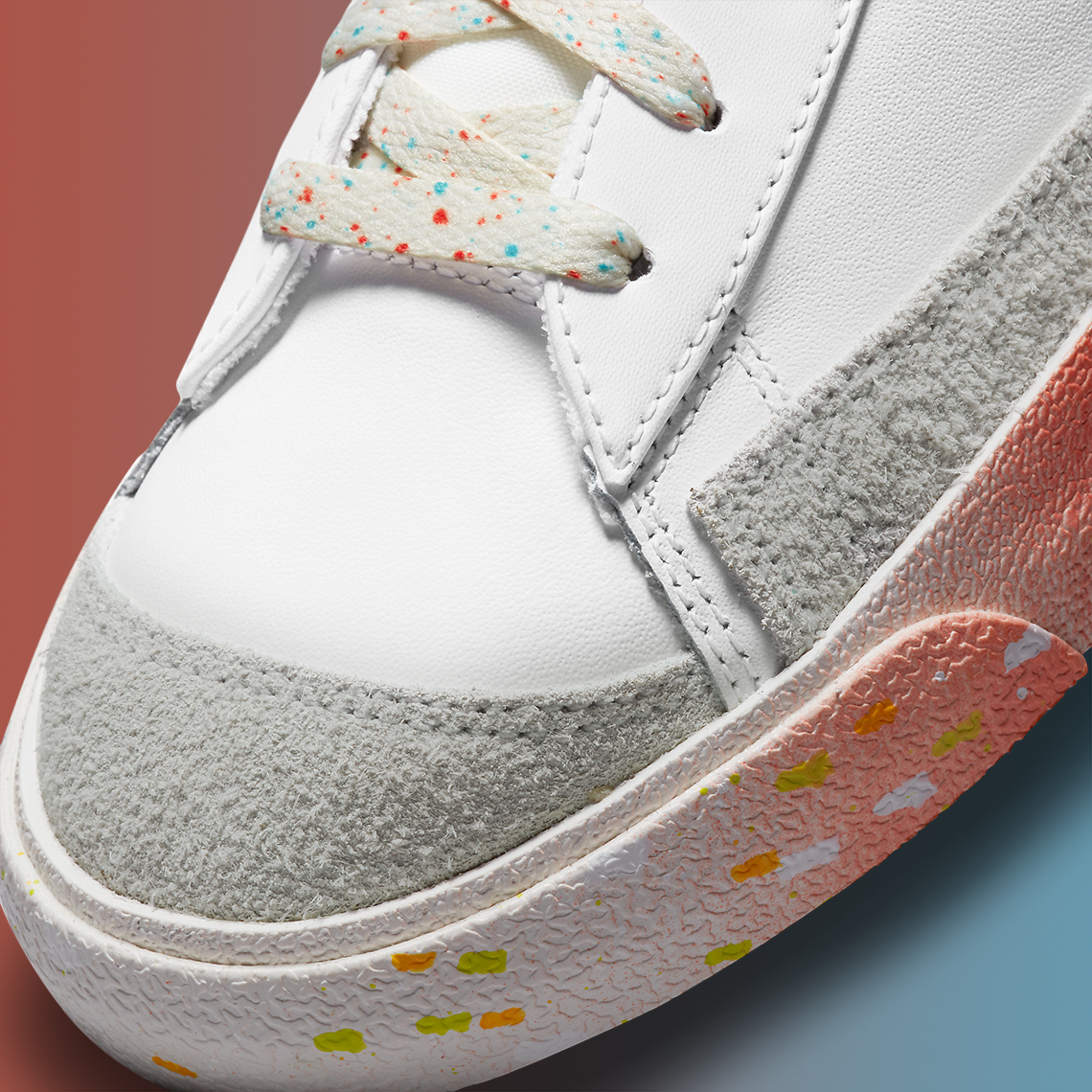