Nike Running’s innovation over the next decade is likely to further breakdown long-established obstacles within the performance space. Most recently, however, the imprint has delivered the VaporFly NEXT% 2, a minor tweak to the boundary-pushing original. For its colorway, the silhouette has reprised an “Ice Blue/University Red” palette previously seen on the ZoomFly in 2017.

At a glance, the new silhouette resembles its predecessor closely, but further inspection reveals notable updates. For starters, the upper is constructed from a re-worked mesh material that offers improved breathability. To combat any issues that may arise with such a lightweight sneaker, synthetic reinforcement has been applied to much of the shoe’s forefoot and part of its lateral mid-foot. While seemingly trivial, the pair’s ribbed laces (which have ostensibly been transported from the Zoom AlphaFly) also deliver newfound durability to the VaporFly NEXT% 2. Underfoot, ZoomX cushioning maintains its bulbous shape, while sporting a semi-yellowed style.

A Nike.com release date is currently unknown, but this runner is likely to launch ahead of summer. In the meantime, enjoy official images here below.

Elsewhere under the Swoosh umbrella, the Air Pegasus ’83 is set to return in its original grey and navy makeup. 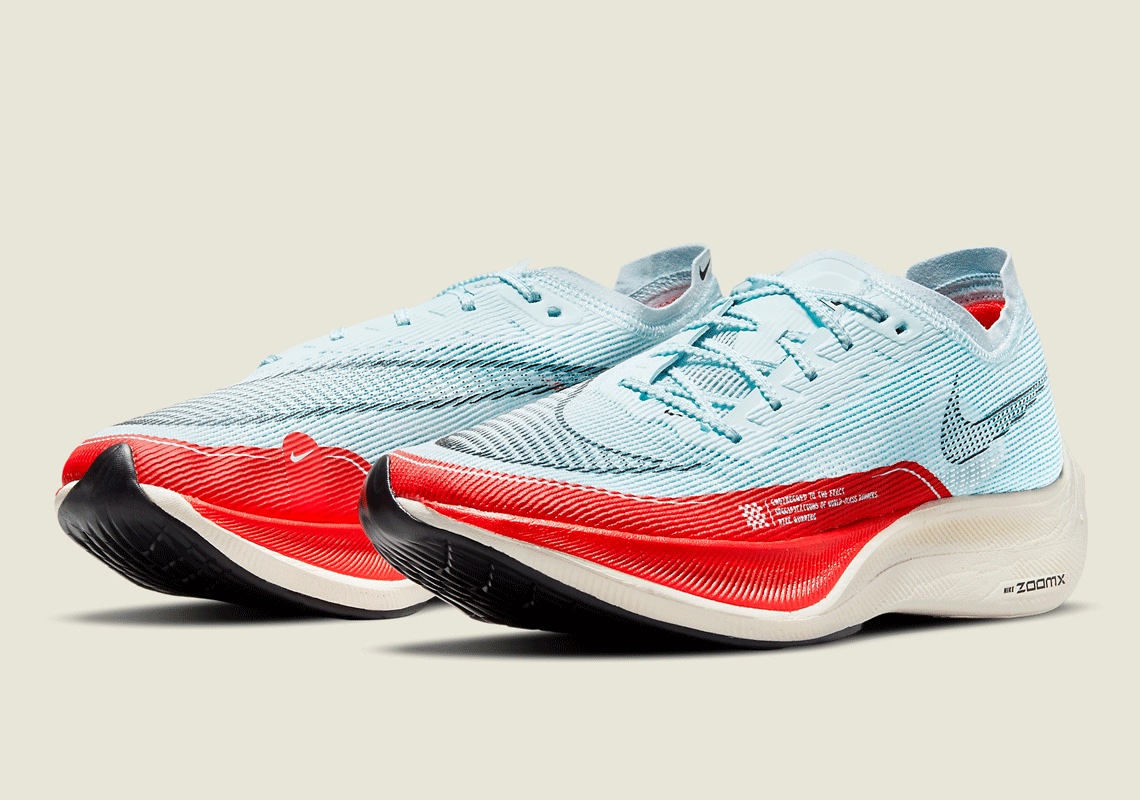 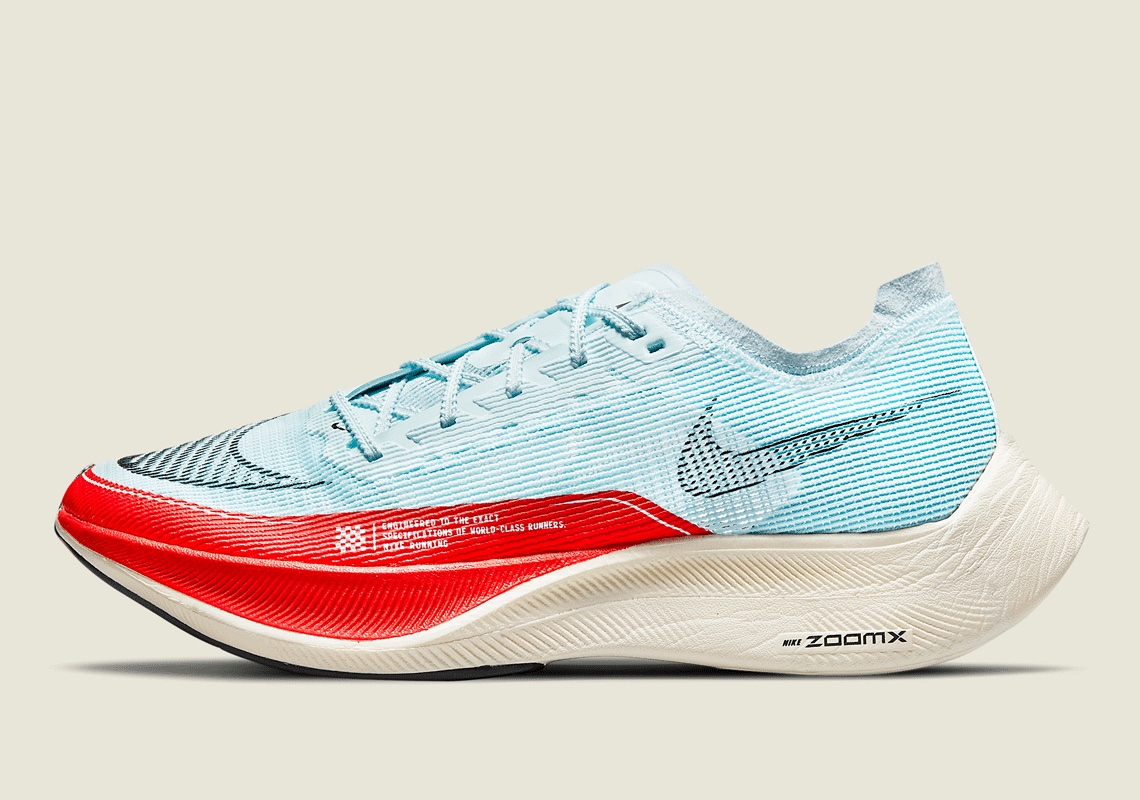 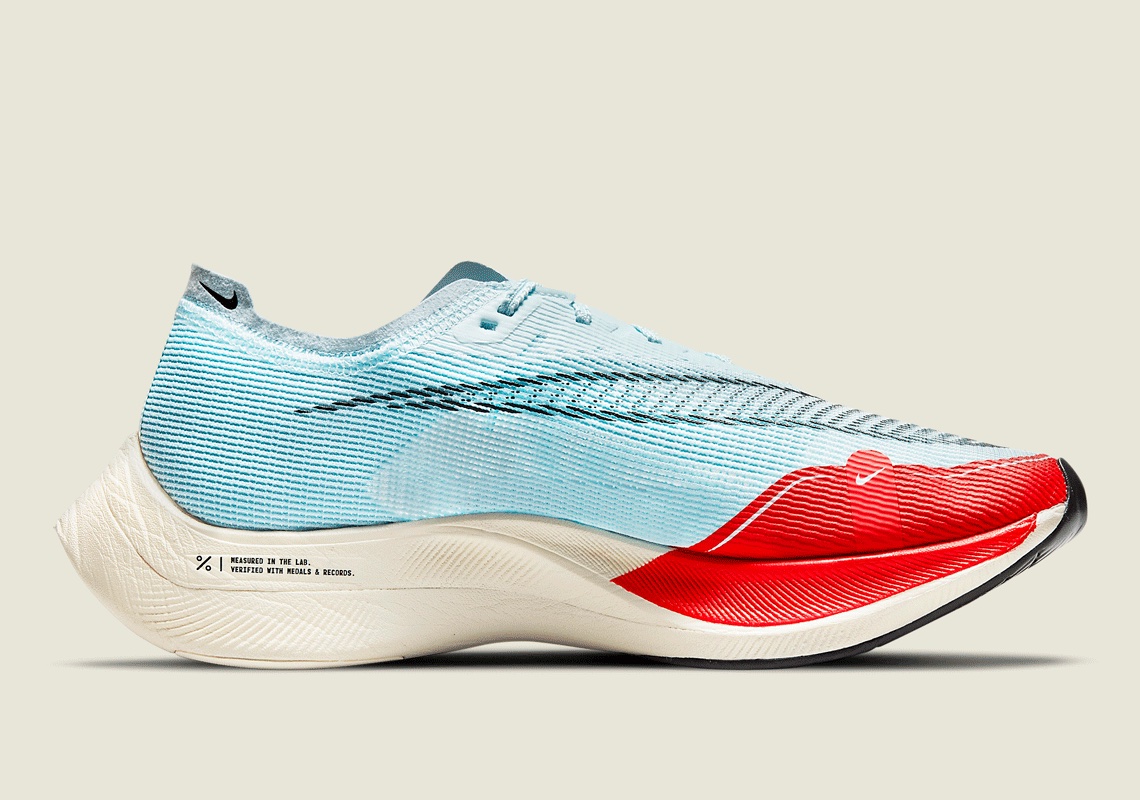 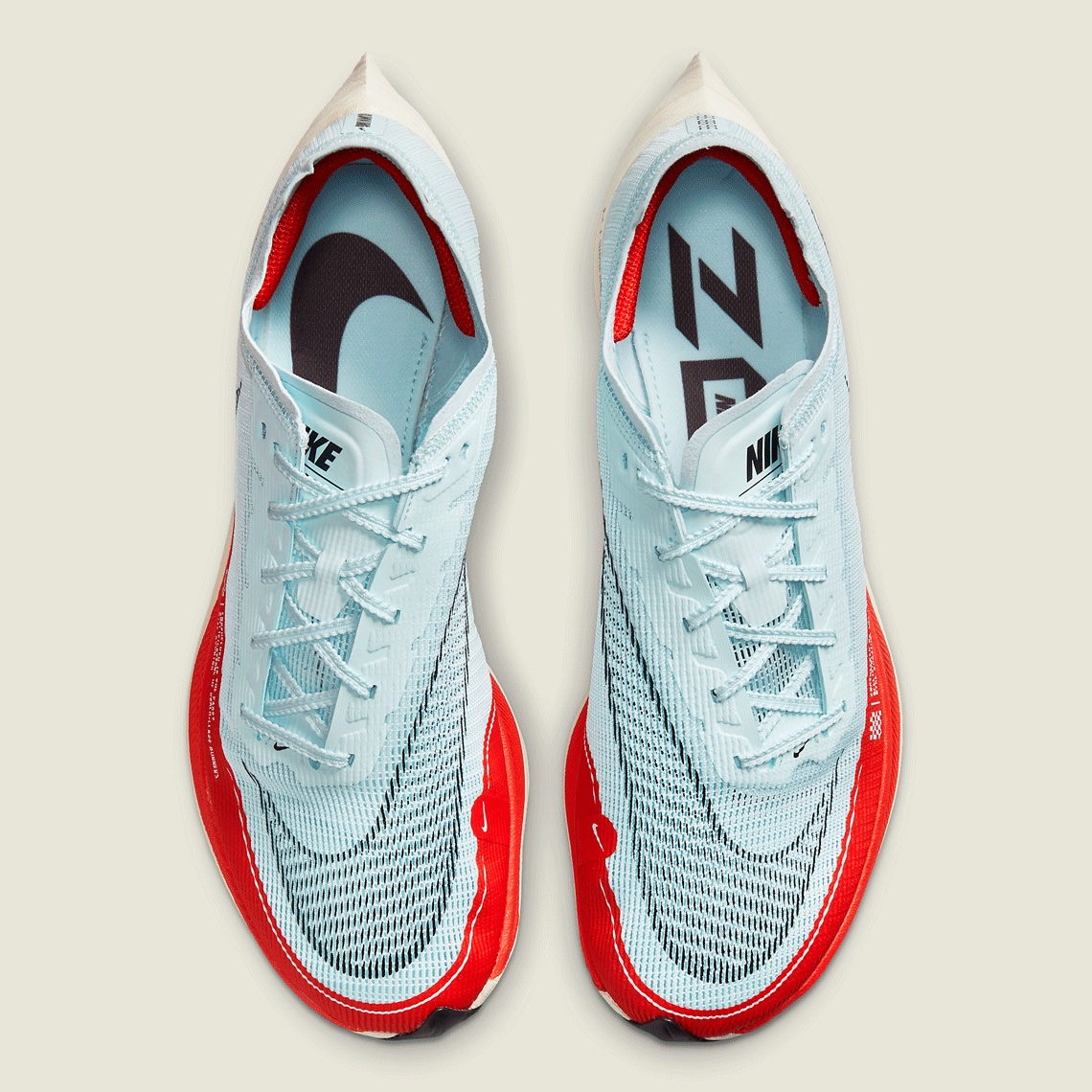 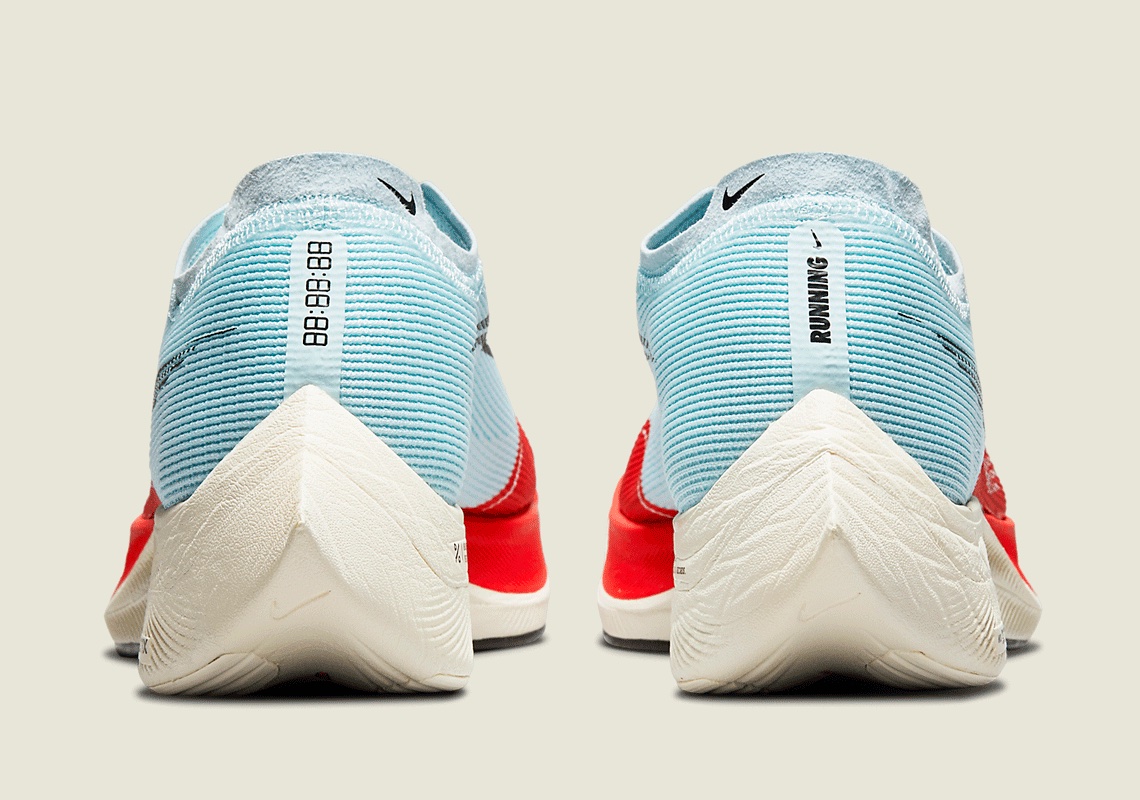 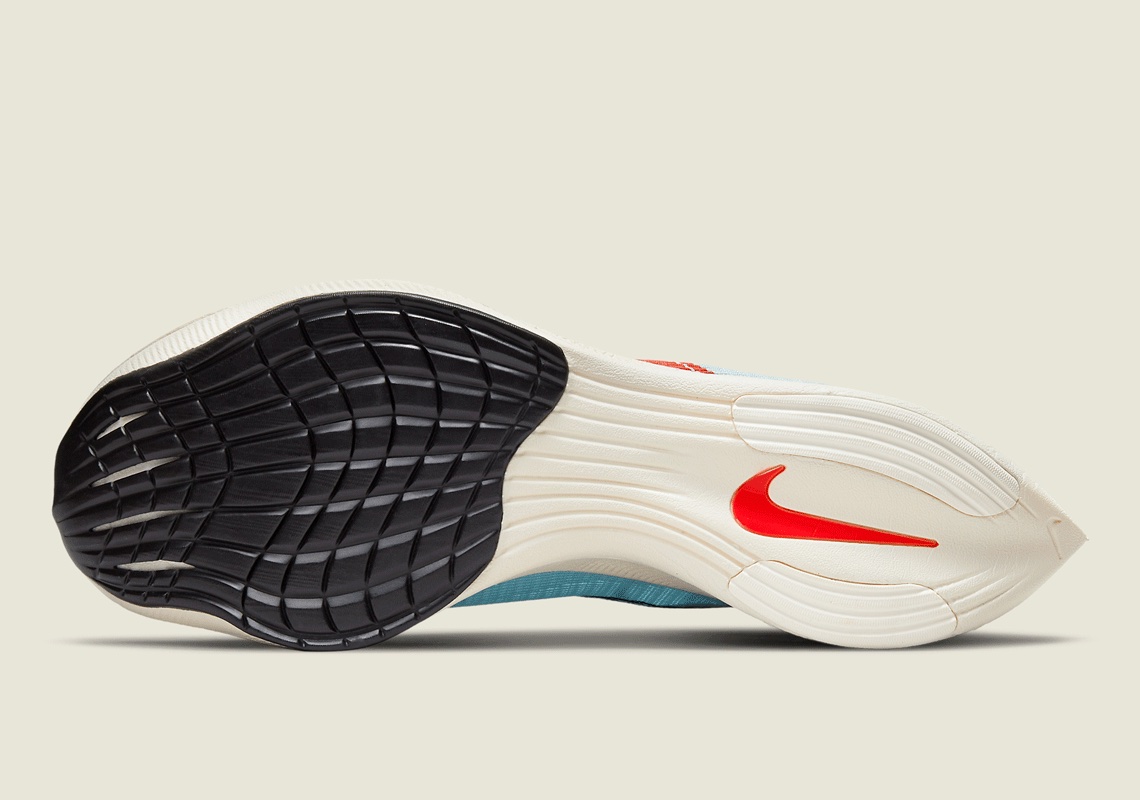 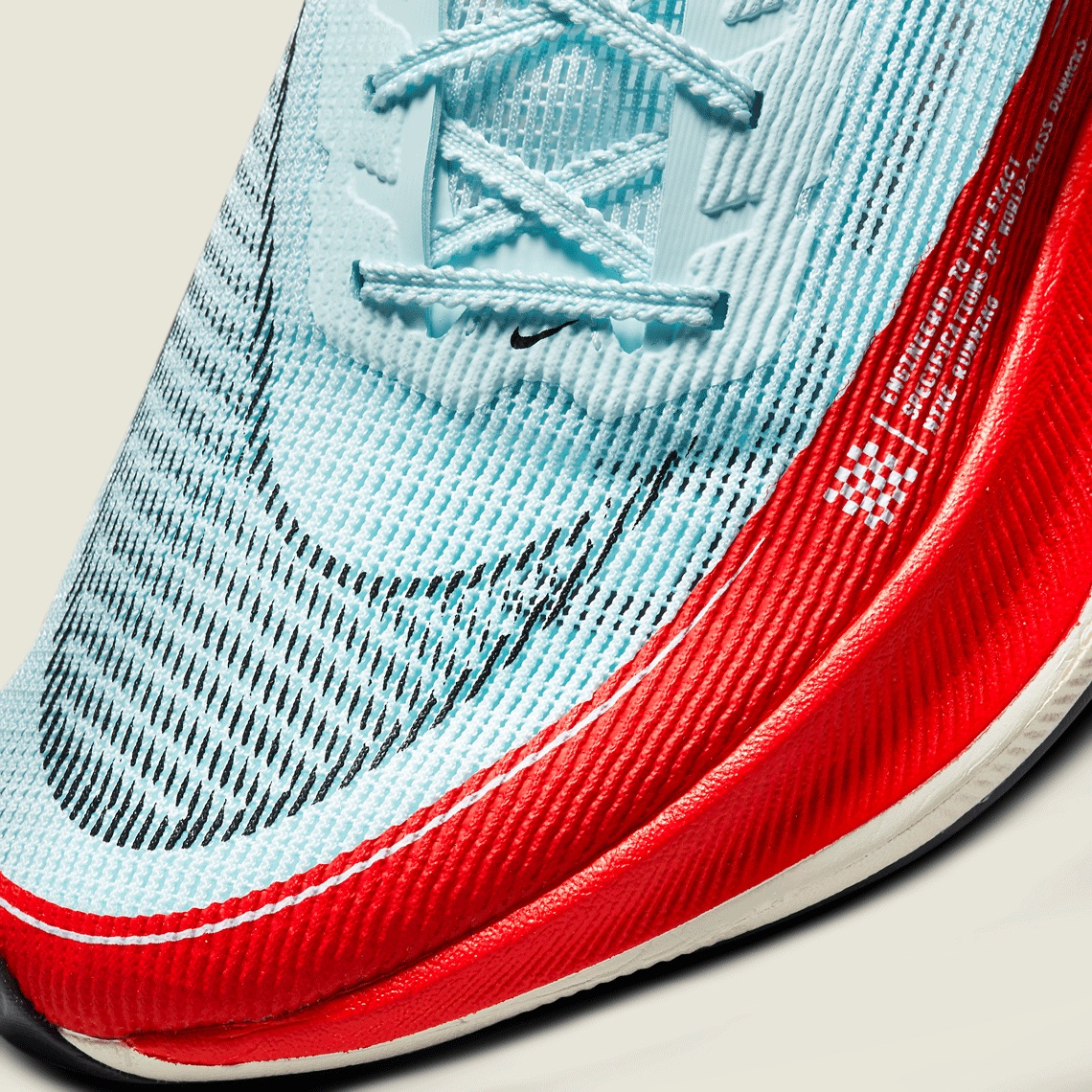 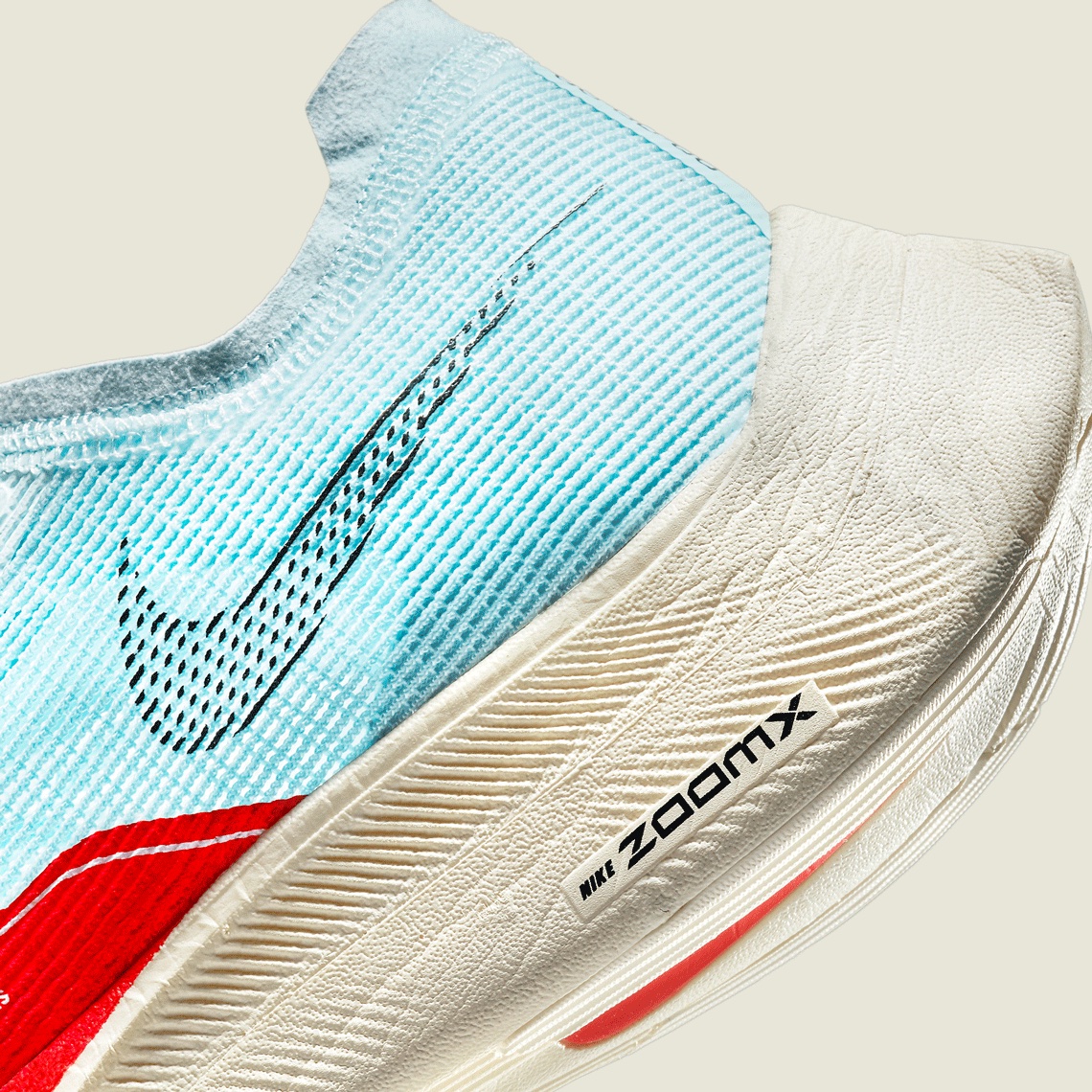 The post Nike Revisits An “Ice Blue/University Red” Colorway On The VaporFly NEXT% 2
appeared first on Sneaker News.

The post Nike Revisits An “Ice Blue/University Red” Colorway On The VaporFly NEXT% 2 appeared first on Sneaker News.