Since its debut in October 2019, the Nike Air Force 1 Shadow has developed an ever-growing collection of creative color-blocking options. Adding to the lineup is a pair that contrasts the neon Solar Red with the almost-black Dark Teal Green. Although these shades aren’t actually used on most of the Shadow’s signature layered elements, a bold look is still achieved.

The pair starts with an entirely white smooth leather base. The exaggerated overlays and layered eyestays are also covered in white, despite often having colors land on these areas among previous releases. The Solar Red and Dark Teal Green are only applied to overlapping branded elements, including the side Swooshes. Red sits atop the green for the leather Swooshes and “AIR” heel overlay, while the heel tabs and tongue labels see the Dark Teal Green layered over the other shade. These careful placements strike a balance between the two bold hues to deliver a design of unexpected color-blocking.

The Air Force 1 Shadow is available at select retailers in Europe. Nike fans in North America will be able to get their hands on a pair when they arrive at the retailers listed below in the near future, for $110.

In other AF1 news, another botanical Air Force 1 has emerged. 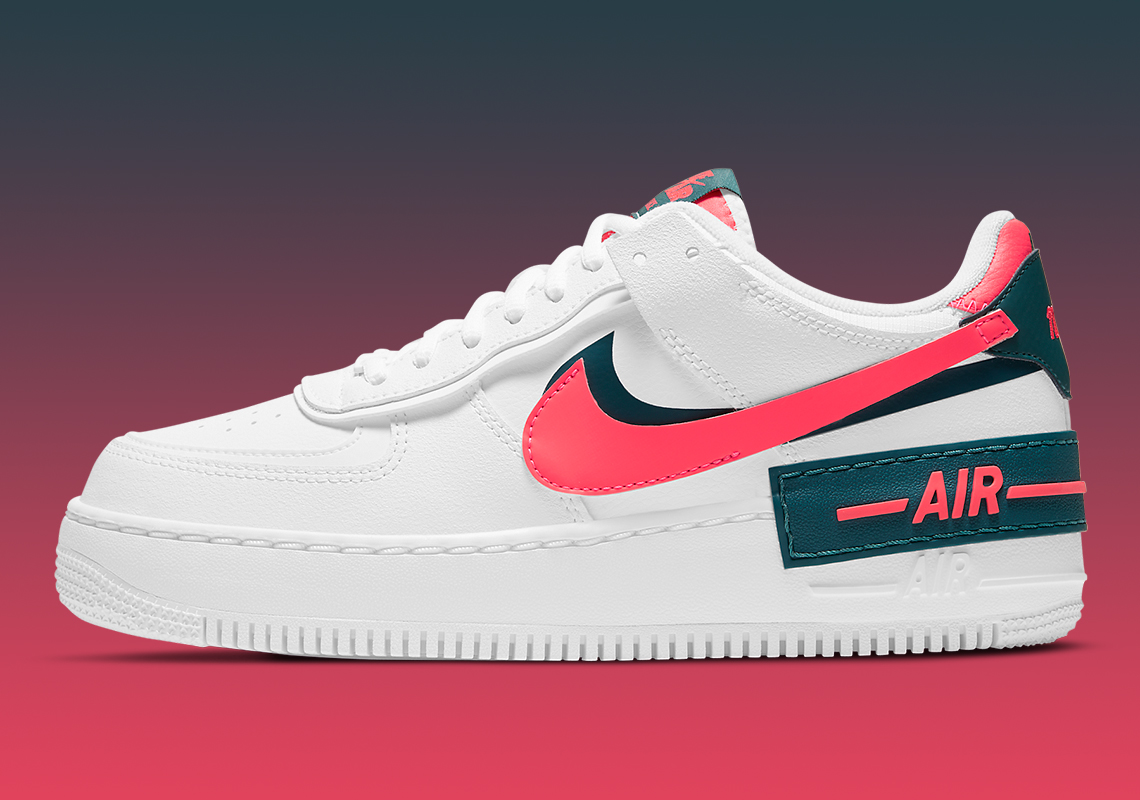 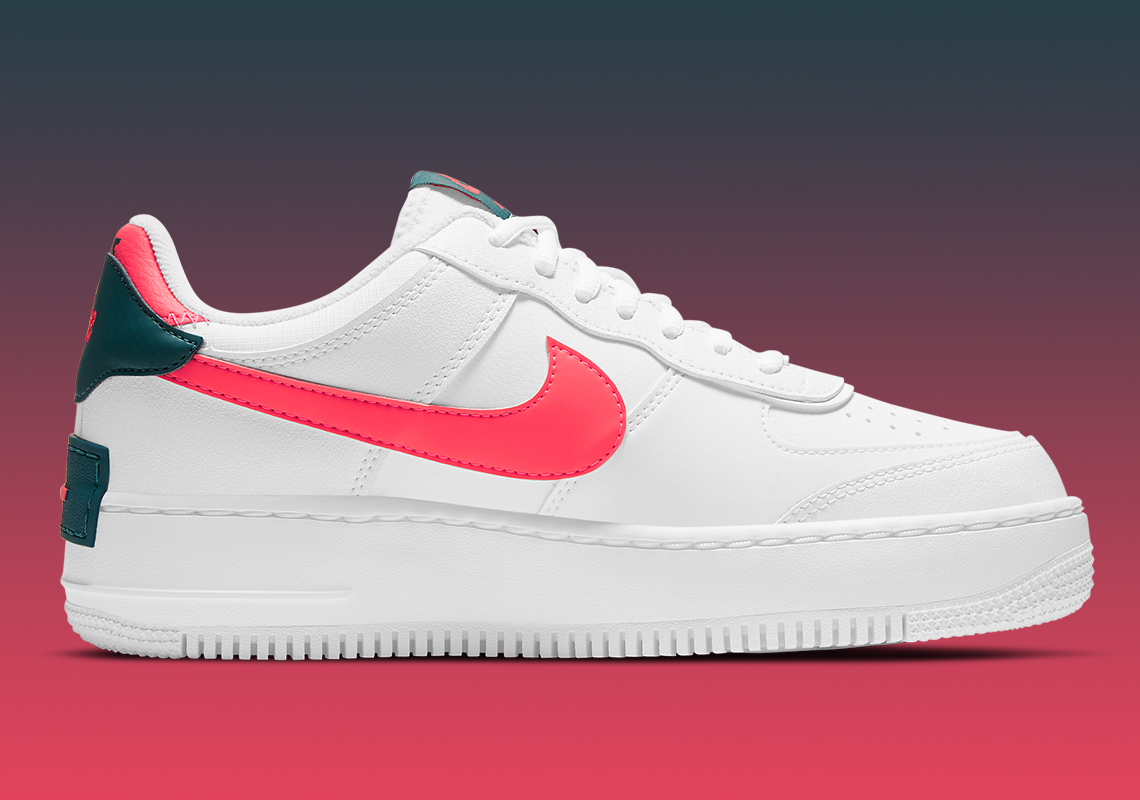 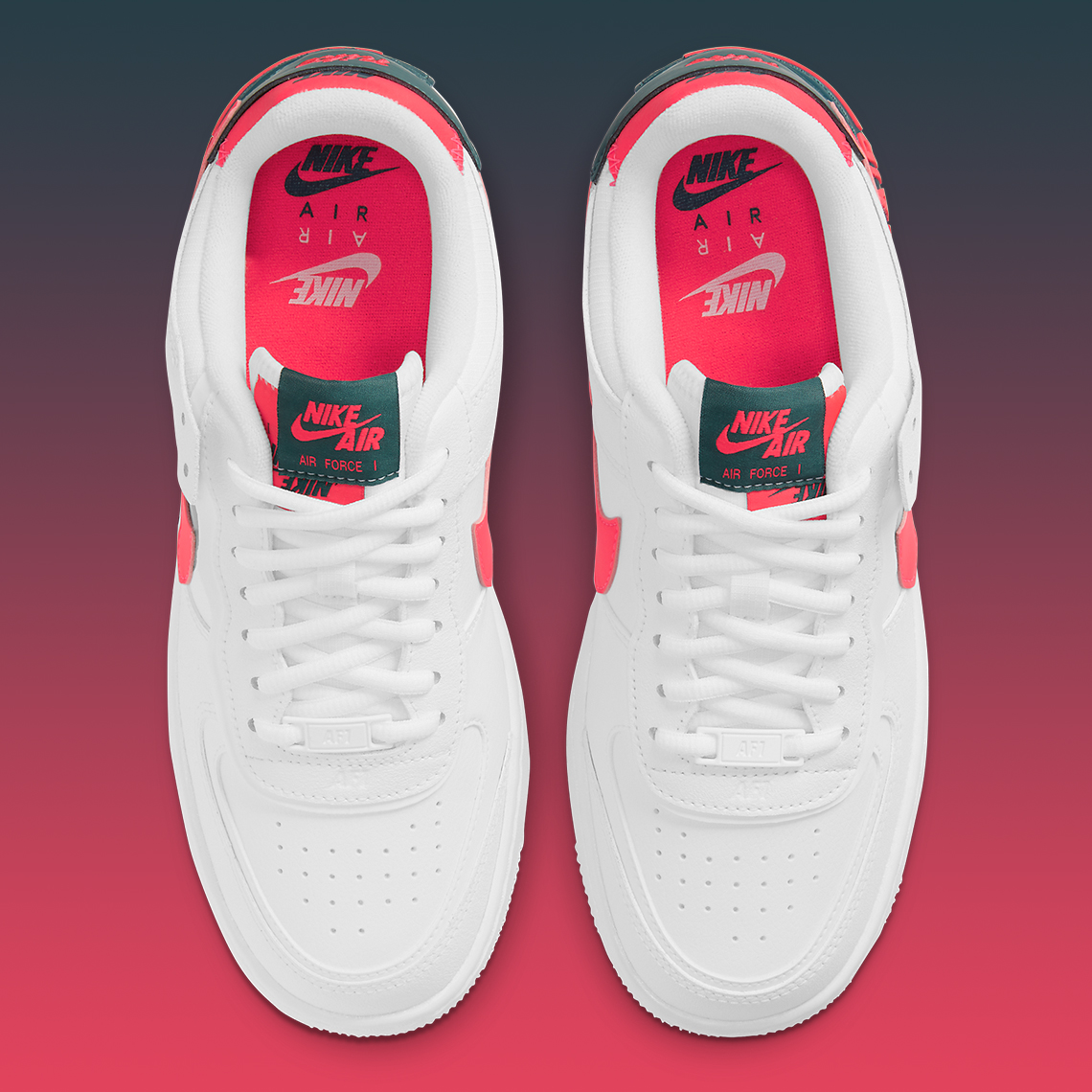 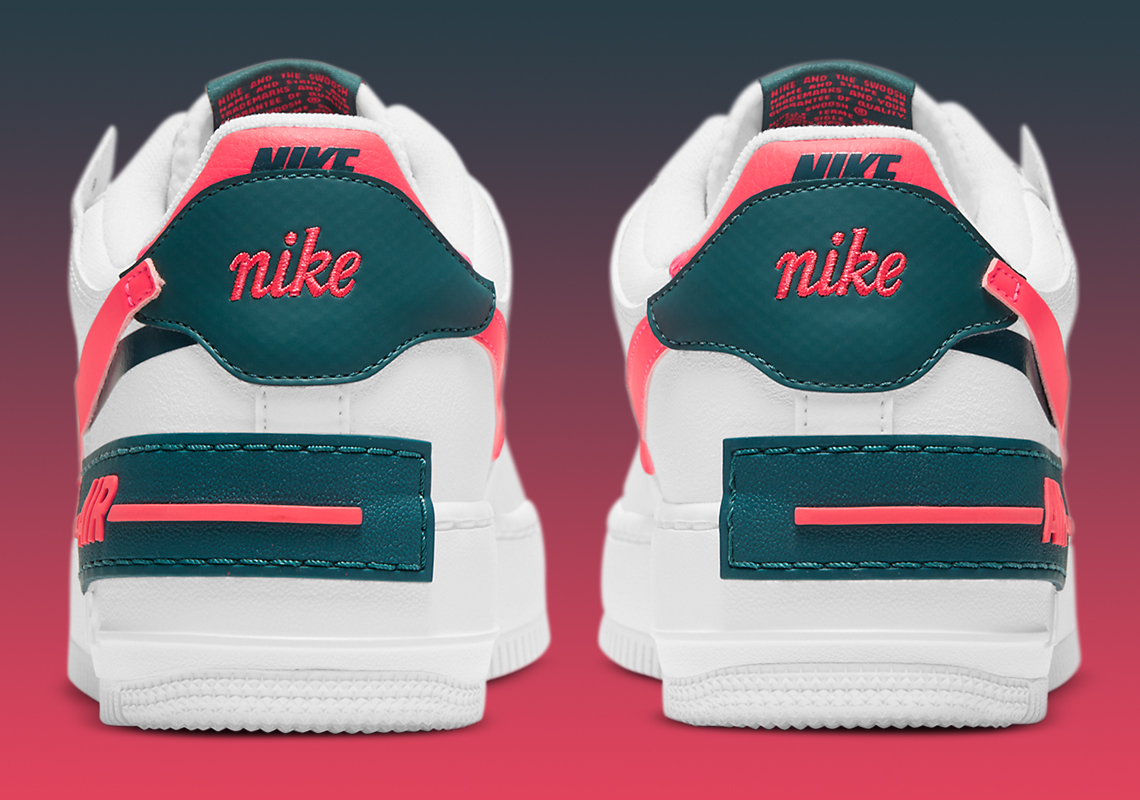 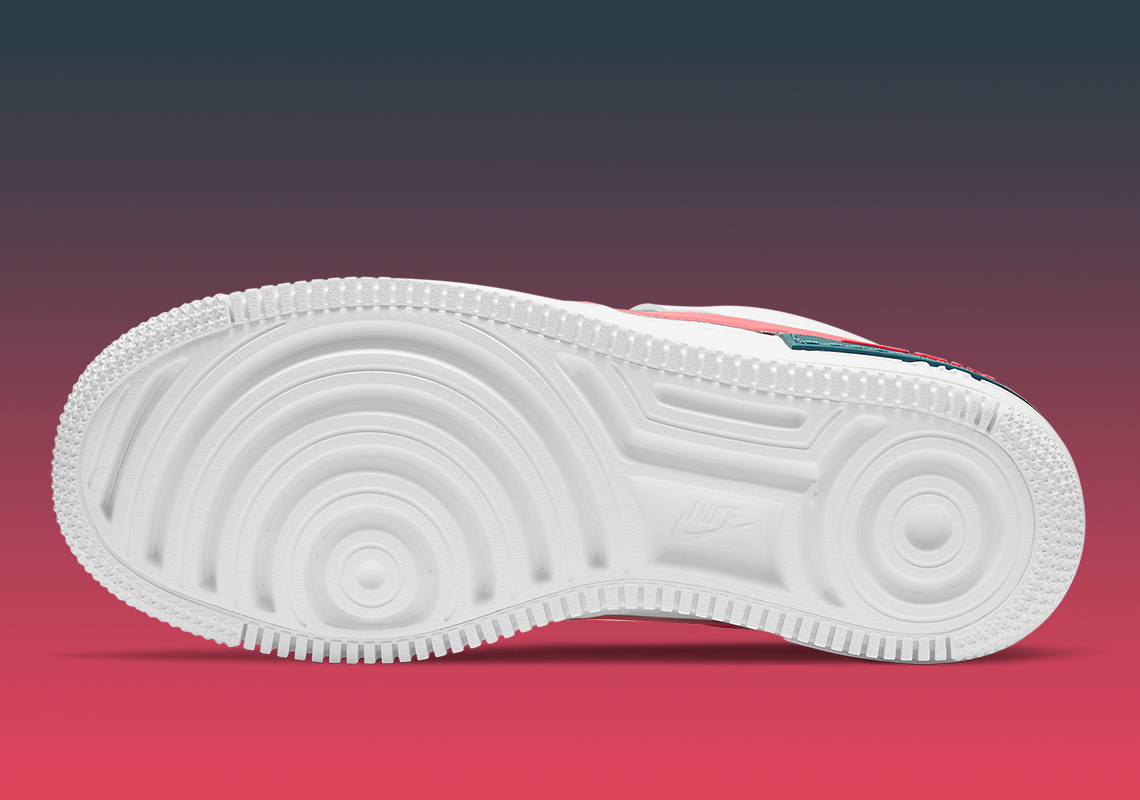 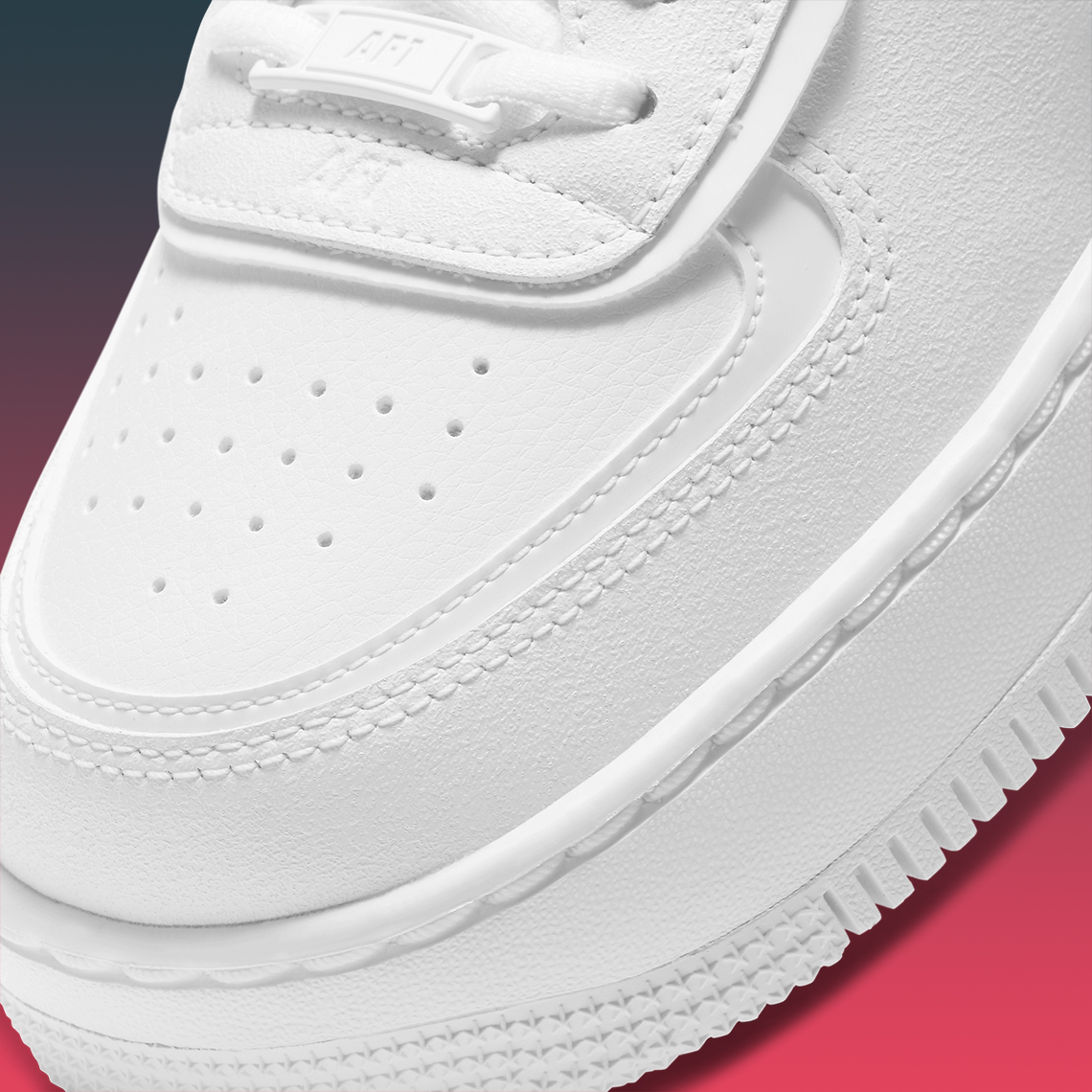 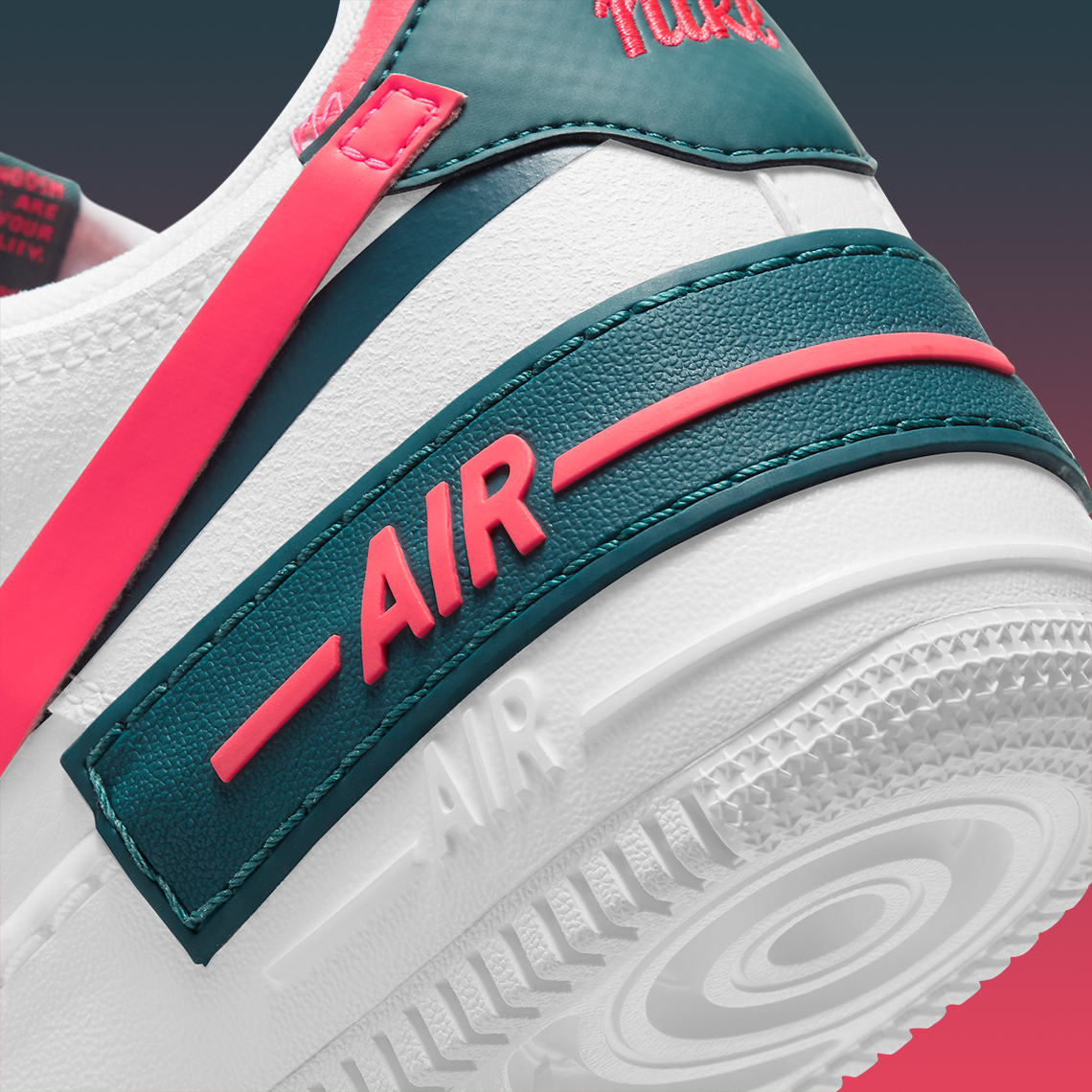