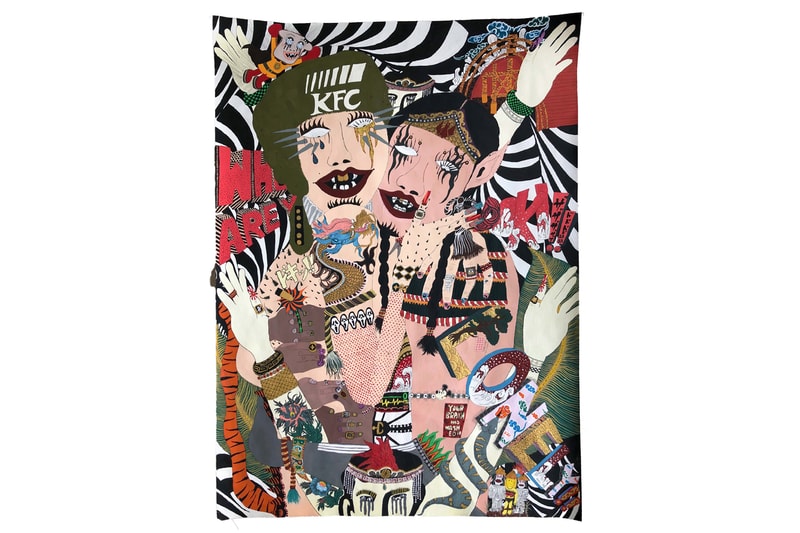 For the presentation, the artist unveils a fresh selection of 16 original paintings alongside merchandise spanning apparel, goggles, and shoes featuring her distinct imagery. Yokota has taken up a residency at the Nude Trump store to create handmade clothing that has been used by leading figures in music such as A$AP Rocky.

The centerpiece of the exhibition is a two-part series of works titled DABUN and superficial which are the largest pieces that she’s ever painted using acrylic. “Each image is based on Miranda’s emotions and the humanity she perceives in her daily life,” as per a statement. Coinciding with the exhibition is a year-long program called “OR x TWELVE ARTISTS + DA.YO.NE.” at the venue that features 12 emerging artists in Shibuya’s recently opened Miyashita Park made in partnership with the Tokyo-based media company OTAQUEST.