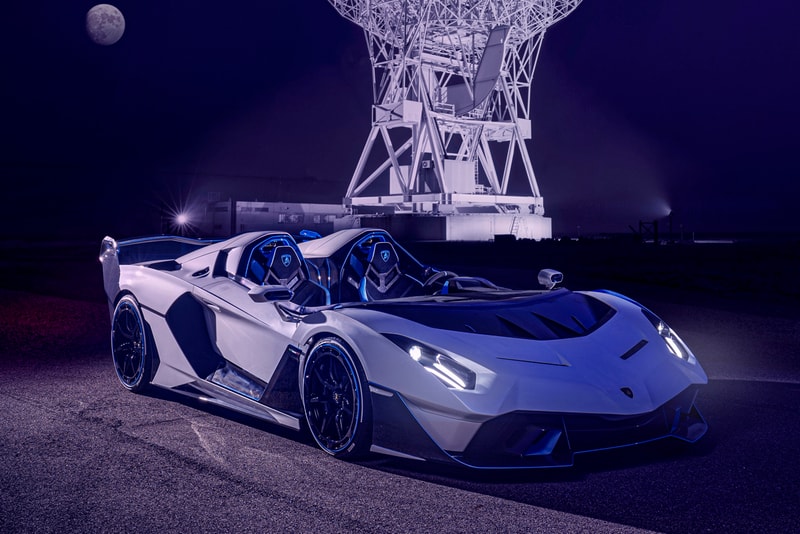 Luxury Italian supercar company Lamborghini is no stranger to making one-offs for incredibly wealthy customers, having produced the SC18 back in 2018. Now, the marque is back with its latest Centro Stile-designed and Squadra Corse-built offering, the SC20.

Based around Lamborghini’s signature V12 engine, the one-off SC20 delivers 760 HP and 720 Nm of torque, which is pushed to all four wheels via an optimized seven-speed Independent Shifting Rod gearbox. All of this power will be even more noticeable than your “standard” Aventador, too, as the SC20 is a fully open-top machine lacking even one of the most vital components of a car: a windscreen.

It was designed to be an open-top track car that can be legally used on the road, and the results are exactly that. Drawing influence from the brand’s Diablo VT Roadster, Aventador J, Veneno Roadster, and Concept S, it’s no wonder why the car looks so extreme with its fully-custom carbon fiber bodywork and racing design details littered all around. The carbon body was polished and smoothed by hand, making for the best possible airflow so that it can be driven comfortably even at very high speeds.

The front hood is inspired by the Huracán GT3 EVO, while the body contours on the side of the car look at those on the Essenza SCV12. Finished in “Bianco Fu” with a “Blu Cepheus” livery alongside an interior of “Nero Cosmus,” “Bianco Leda,” and the same shade of “Blu Cepheus,” the SC20 really is about as unique as it gets.

Maurizio Reggiani, chief technical officer of Automobili Lamborghini, stated, “The SC20 is a combination of sophisticated engineering, Italian craftsmanship, sportiness and advanced design. It is also an example of applying our V12 engine and carbon fiber to a radical open-top vehicle that unmistakably carries the Lamborghini DNA.”

Take a close look at the Lamborghini SC20 above, because that’s probably about as close as you’ll ever get to seeing it in real life.

In other automotive news, Jaguar has unveiled the Vision Gran Turismo SV.