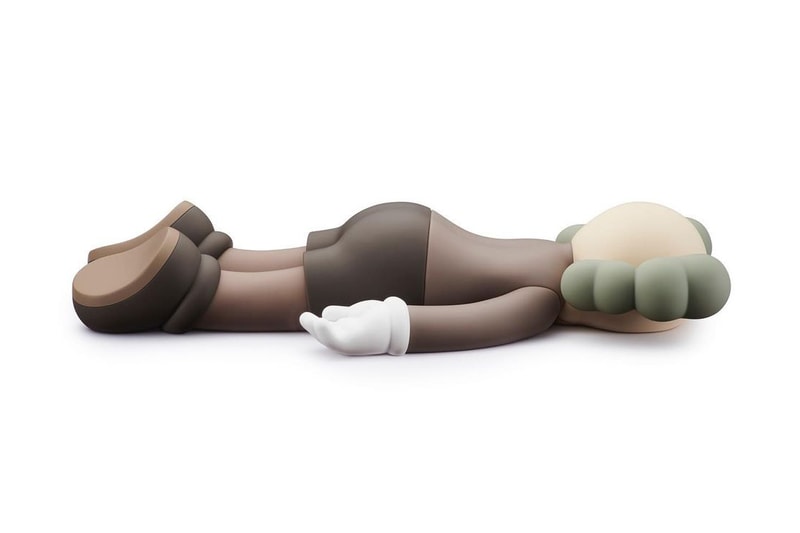 It’s been two decades since KAWS debuted his iconic COMPANION figure, so the Brooklyn-based artist is celebrating its 20th anniversary — and the end of a turbulent year — with a new COMPANION 2020 design. Much like the HOLIDAY JAPAN figure from 2019, COMPANION 2020 is laying down. However, unlike the relaxed position struck by its predecessor, it’s prone, appearing exhausted and defeated.

Arriving in familiar brown/tan/green, gray and black/yellow color schemes, the figure’s signature detail is its flattened face, chest and legs, enabling it to be displayed properly on any even surface and adding a humorous touch to its somewhat macabre message. KAWS noted in his Instagram announcement post that “in true 2020 form, part of the [COMPANION 2020] shipment is stuck out at sea,” so COMPANION 2020‘s debut will be accompanied by a small restock of his HOLIDAY SPACE and BFF figures as well.

Look for all three COMPANION 2020 figures to hit the KAWSONE webstore on December 17 at noon EST. A retail price has yet to be announced, but it’ll likely be in the neighborhood of $200-$220 USD.

In case you missed it, KAWS recently spoke to HYPEBEAST about his eventful 2020 — and he’s also set to present a massive career retrospective at the Brooklyn Museum in 2021.