Rounding out the The Simpsons x adidas collection, which includes the Krusty Burger adidas and the Flaming Moe’s adidas, is another culinary relic of the series – the Kwik-E-Mart Squishee. Essentially Matt Groening’s mirroring of the 7-Eleven Slurpee, this frozen drink has become one of the most recognizable props throughout the entire series, but possibly best known as the key centerpiece to the cold opening of what many consider to be the greatest episode ever.

In the fifth season episode Boy-Scoutz ‘n the Hood, Bart and Milhouse find a $20 bill that Homer lost in typical bumbling fashion. With cash in hand, they make a bee-line to their local Kwik-E-Mart and order up the mythical all-syrup super-Squishee that almost causes the machine to completely overheat and shut down. After taking a sip each, the two best friends go out on the town (with the animation nodding to the 1949 classic film On The Town), with both their mannerisms and behavior a rather obvious portrayal of a cocaine bender. By morning, Bart wakes up from his Squishee hangover, realizing he made the biggest mistake of the night – joining the Boy Scouts. Of course there is no indication that this adidas Superstar is related to that episode in particular, but we as avid Simpsons fans can’t help but make that soft connection.

For now, the adidas Superstar “Squishee” does not have a release date, but it will likely drop soon. In the meantime, check out the recently revealed Flaming Moe’s adidas ZX 1000 C. 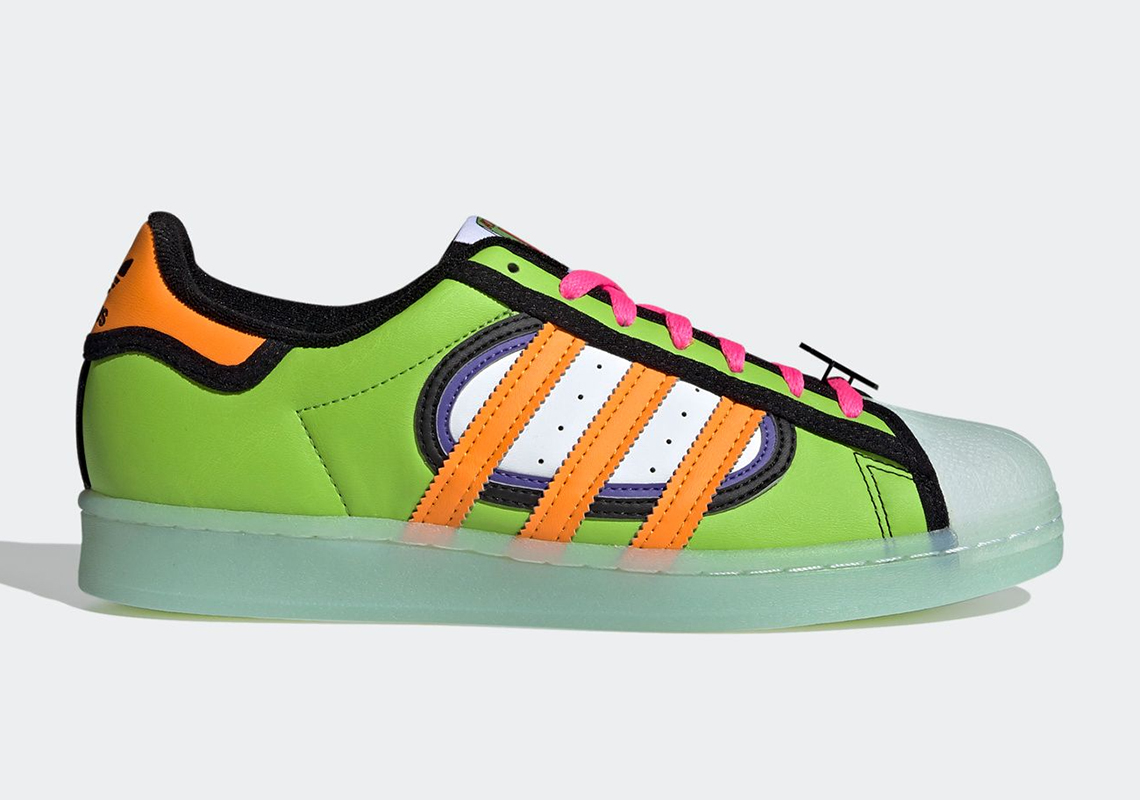 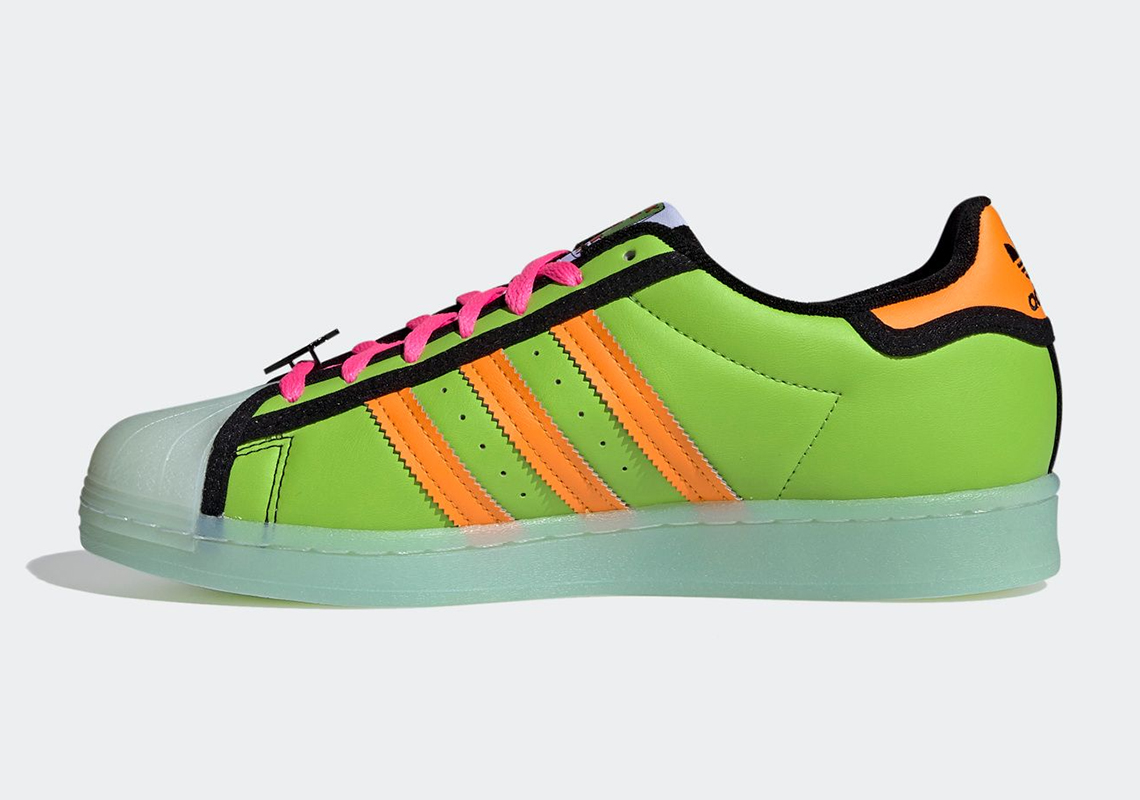 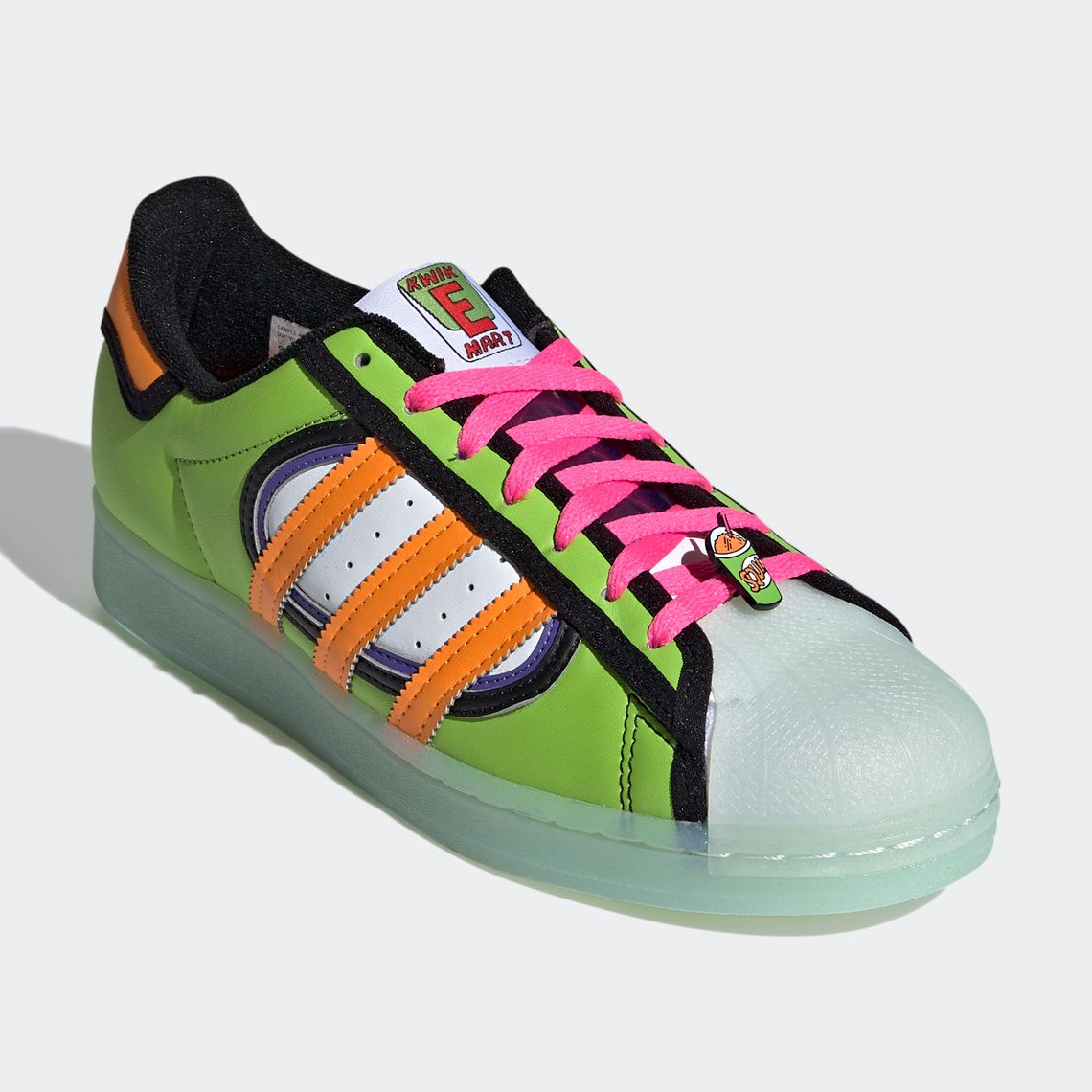 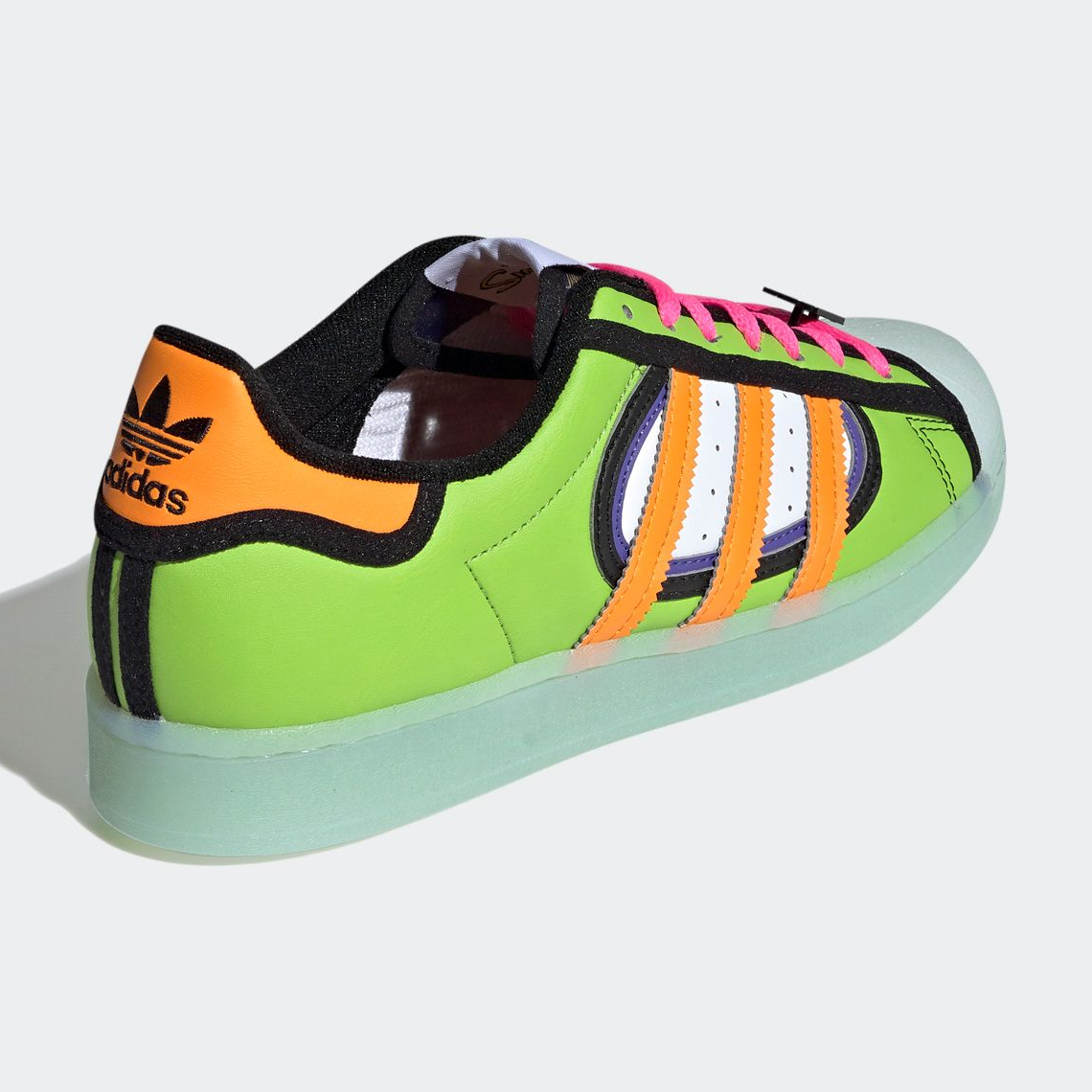 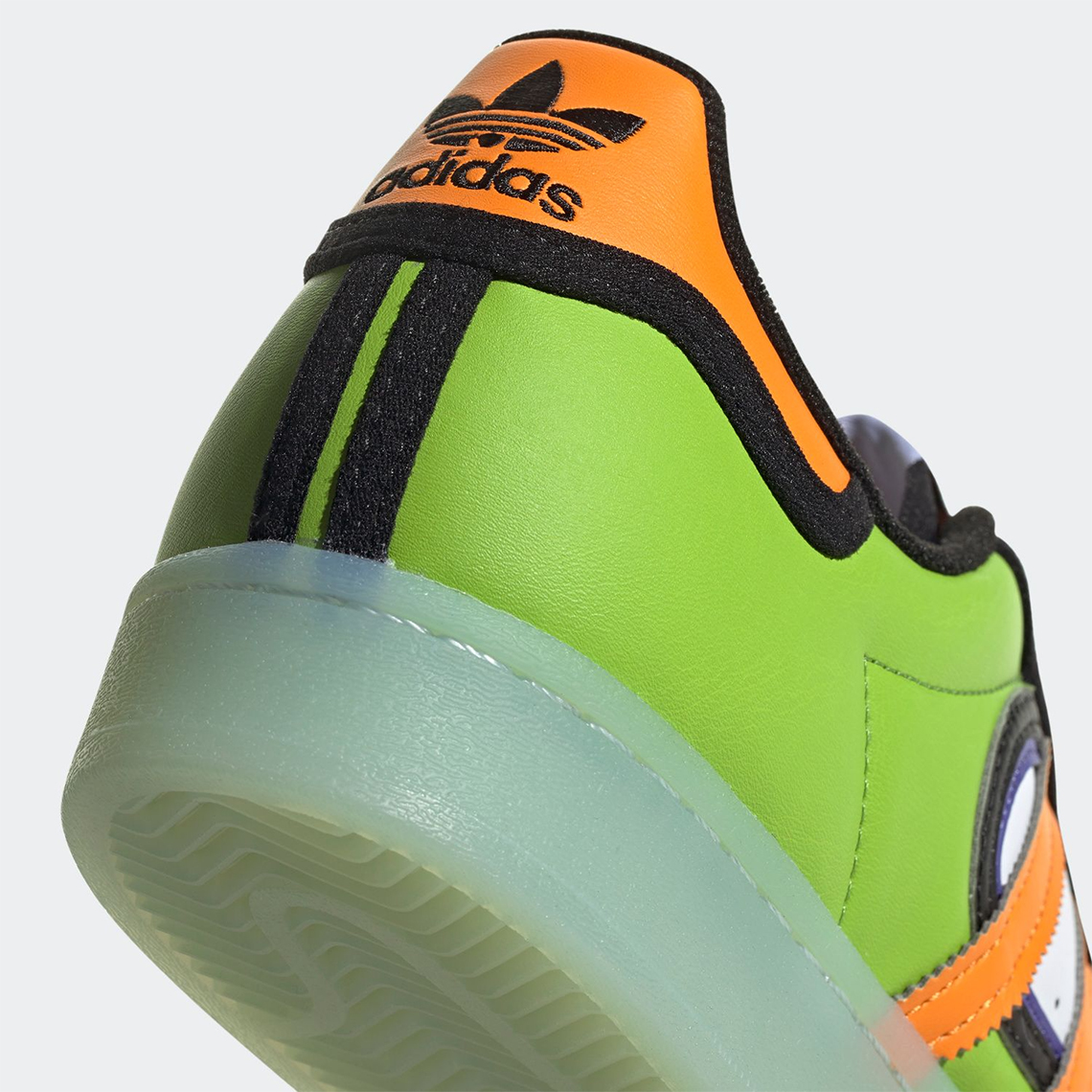 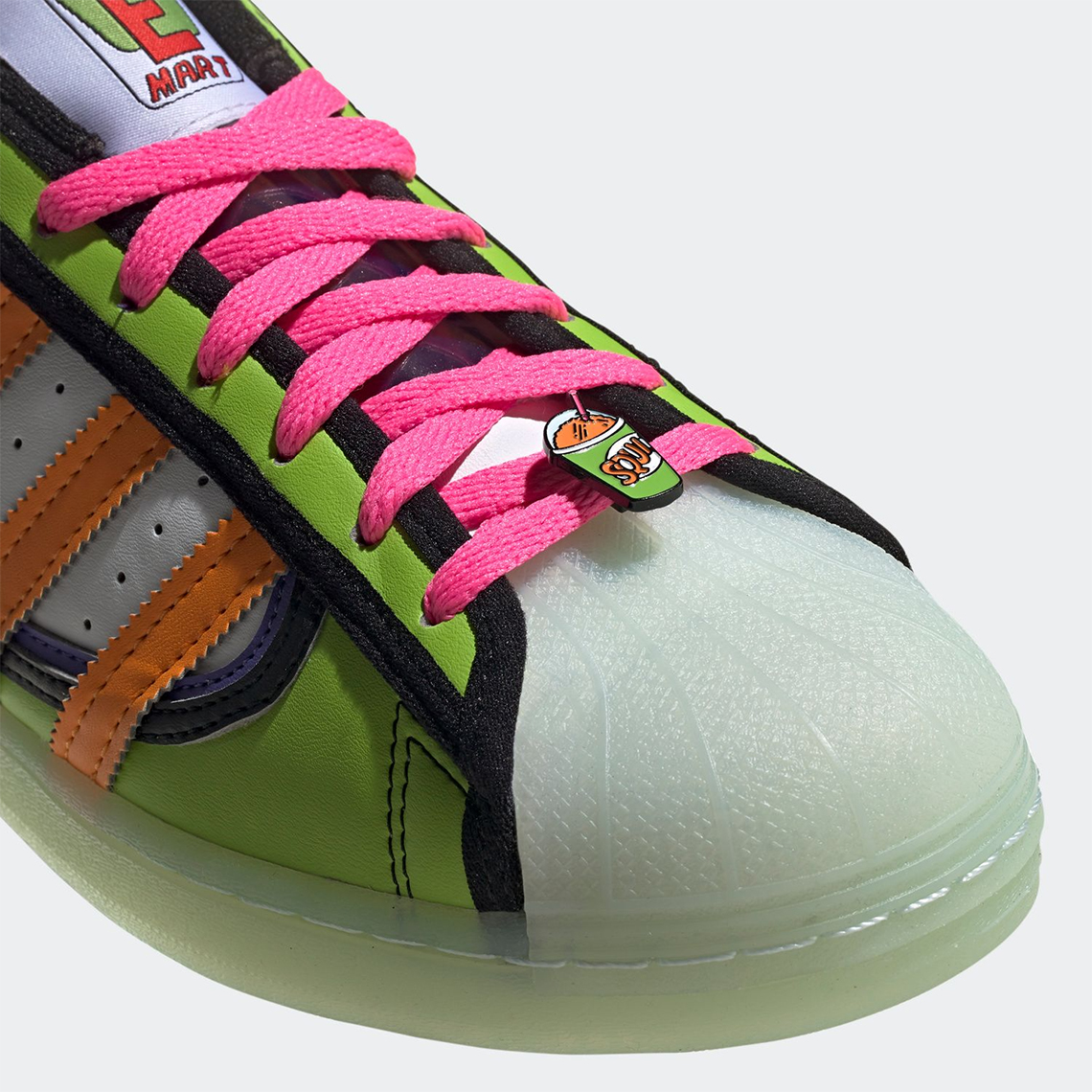 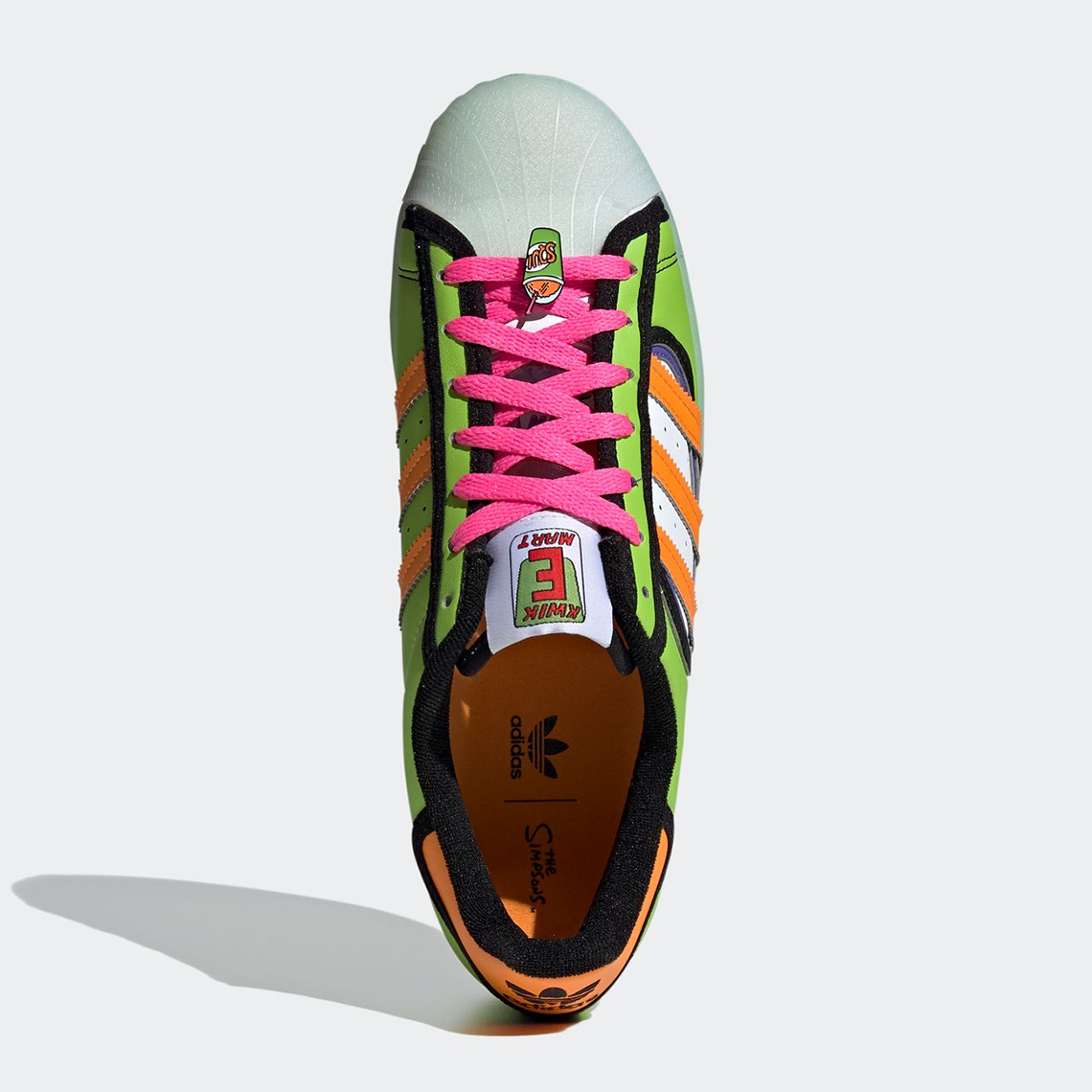 The post Go On A Squishee Bender With The Simpsons x adidas Superstar
appeared first on Sneaker News.

The post Go On A Squishee Bender With The Simpsons x adidas Superstar appeared first on Sneaker News.