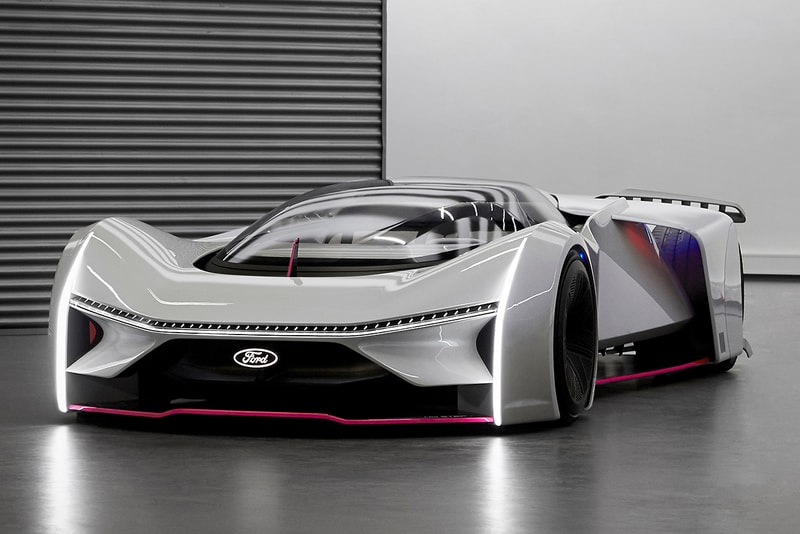 Virtual cars being transformed into realities are nothing new — take a look at the Jaguar Vision Gran Turismo SV in case you need reminding — but to enlist nearly 250,000 people to build a car via an online platform is quite the achievement. Enter the Ford P1: the eSports Team Fordzilla race car that was designed with the help of nearly a quarter of a million fan votes.

It is a first in the automotive world for Ford to enlist gamers to help bring a car to life from a virtual platform, that has yet to actually feature in a game. Gamers were asked to vote on the P1’s seating configuration, engine position and cockpit definition and more, while Ford designers Arturo Ariño and Robert Engelmann designed the exterior and interior, respectively.

The P1 is built around a monocoque structure that’s partially covered by a hyper-transparent jet fighter-style canopy. This design element blurs the lines between the inside and the outside, all while putting a focus on the central driving position. At the front, you’ll find a design inspired by the Ford GT, while elements such as the front fenders, rear buttresses, and side contours are heavily sculpted for a squat and aggressive stance. The rear has been left exposed, showing off the huge rear wheels and the car’s inners.

Inside, you’ll find an interior designed to minimize any sort of driver distraction during a race, with LEDs feeding the racer information. Lastly, various gaming elements such as the “Away From Keyboard” message on the co-pilot’s side, the #levelup graphic, and a “Good luck have fun” message near the lower spoiler all appear to remind you this is a car by gamers, for gamers.

The Ford P1 is purely an exercise in creativity but has been built in real life for this unique opportunity. Take a closer look at the race car above.

For a supercar you can (well, maybe) get your hands on, check out the Pagani Huayra Tricolore.