END. and Reebok aren’t strangers with one another. For their next collaboration, however, the two institutions have exchanged a certain Pump valve-donning silhouette in favor of the timeless Club C.

In line with the British retailer’s minimalist tendency, the forthcoming joint-effort indulges in shades of off-white, namely “Sandtrap” and “Cliff Stone”. Creased leather construction and the soft canvas overlays that appear along the tongue and across the heel deliver a retro-inspired look that is arguably overshadowed by the debossed “END.” monogram on the profiles. Elsewhere, labels on the tongue have been omitted to up the minimalist ante. Sole units mostly partake in the upper’s off-white styling, but tread deviates from the “chalk”-reminiscent palette in favor of a gum rubber makeup.

END.’s latest Reebok collaboration arrives on February 12th via the European brand’s webstore. While you wait, enjoy detailed product shots of the shoes here below.

For more joint-projects, check out the New Balance XC-72 first teased by Casablanca. 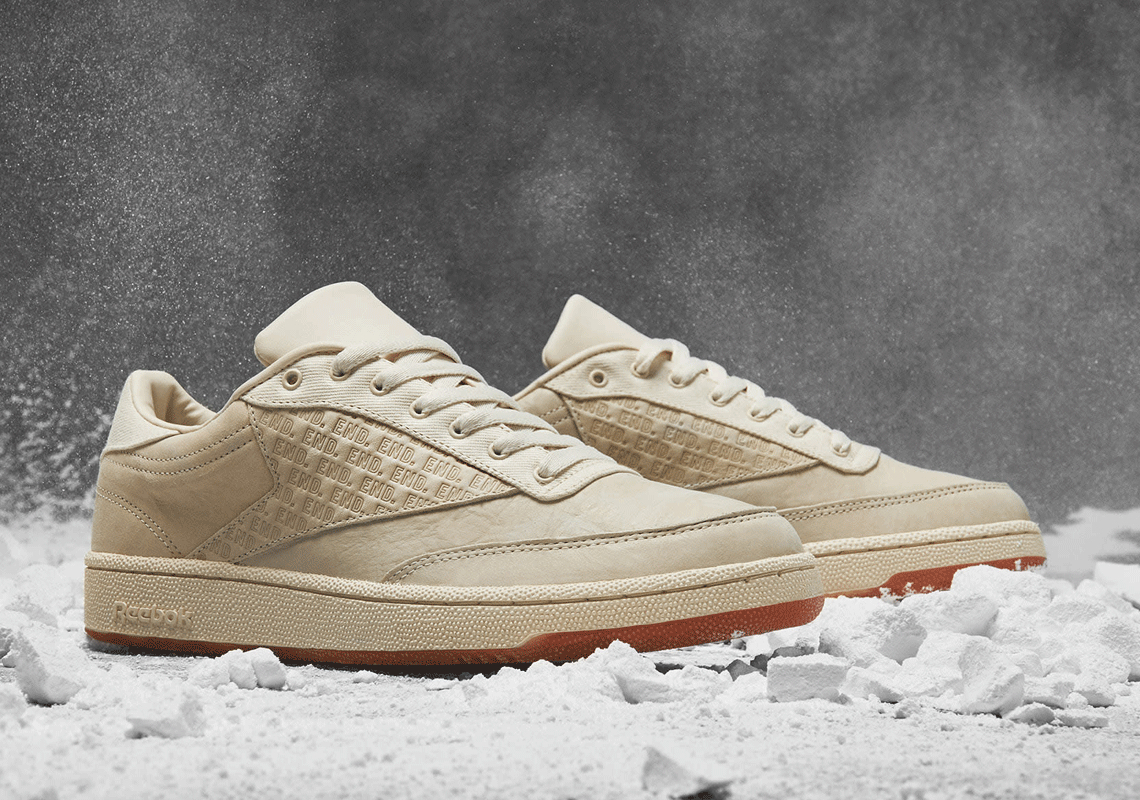 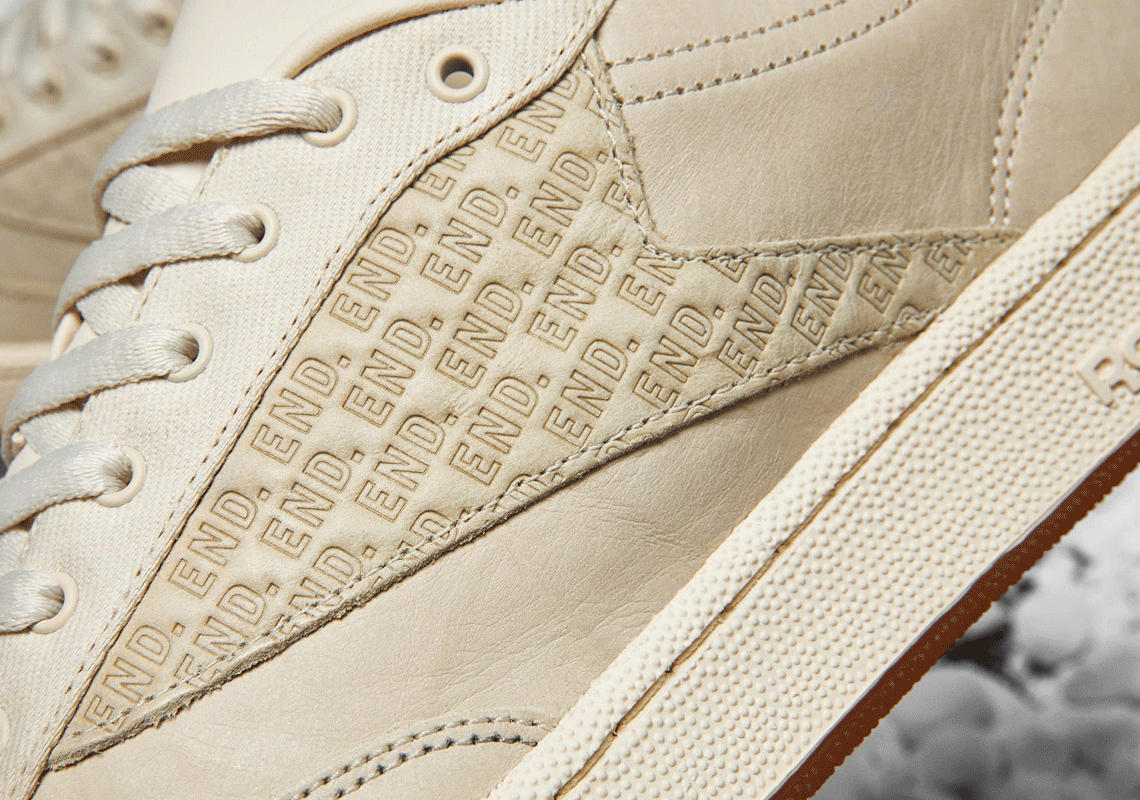 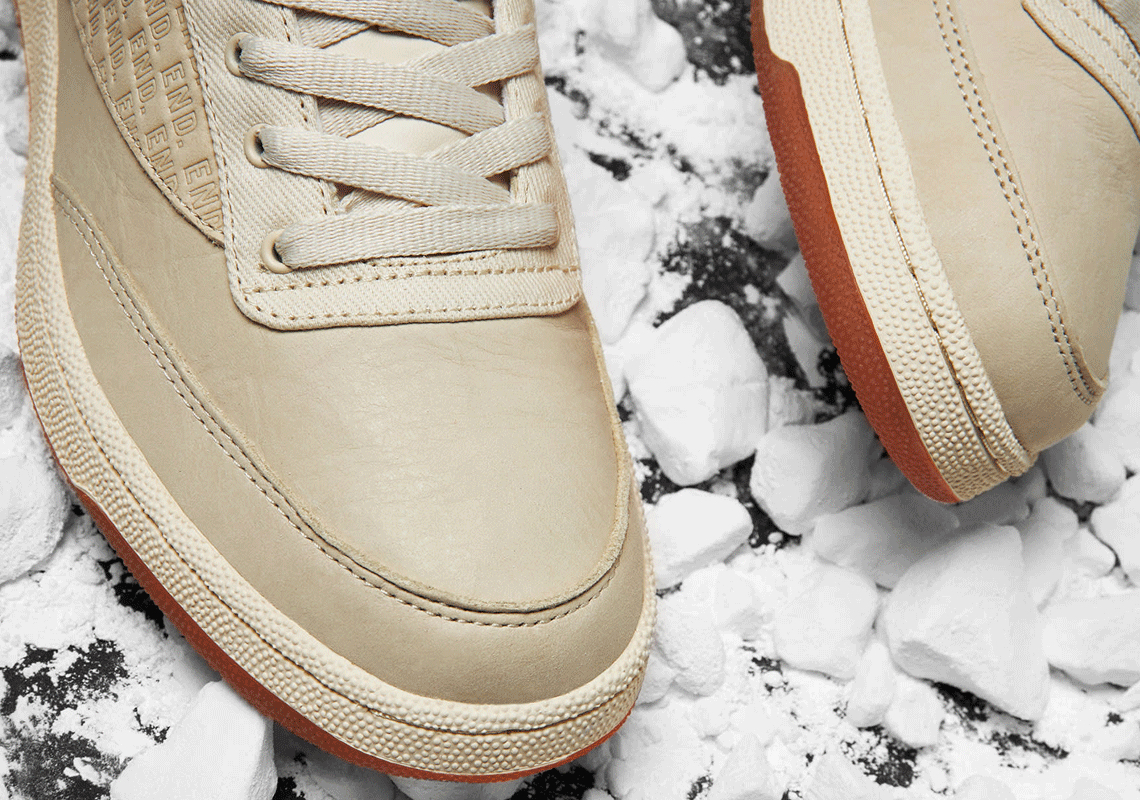 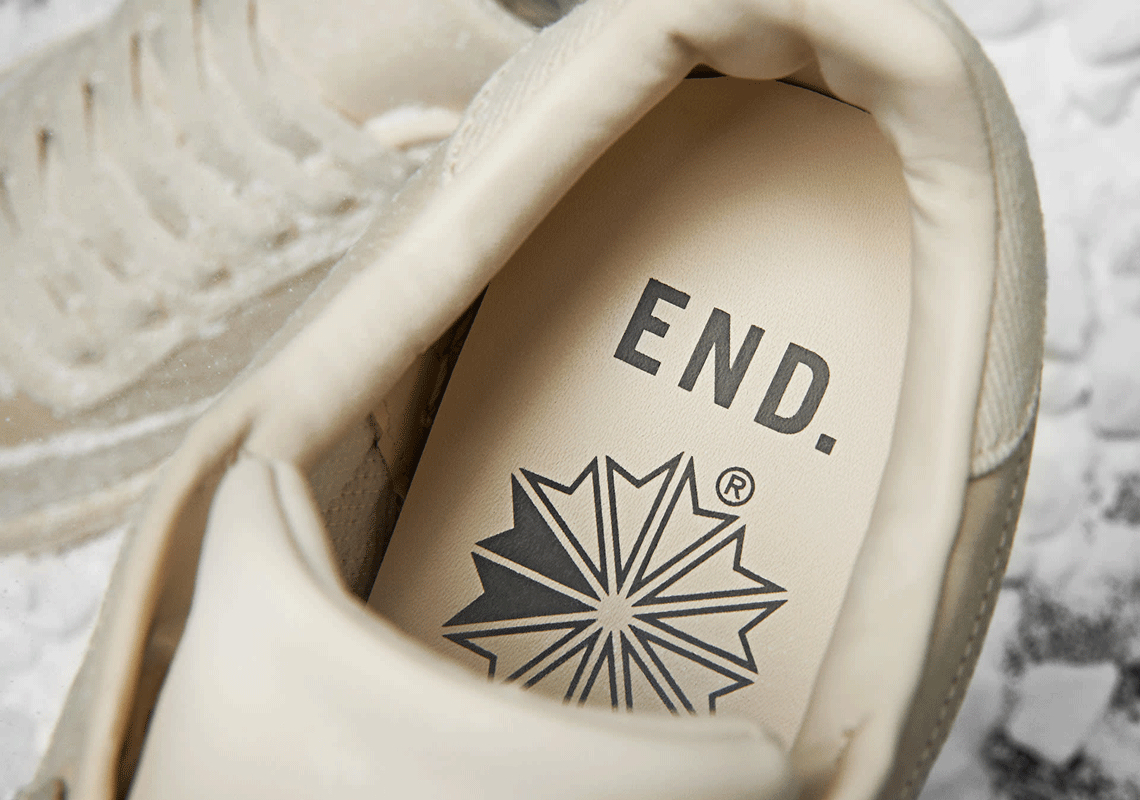 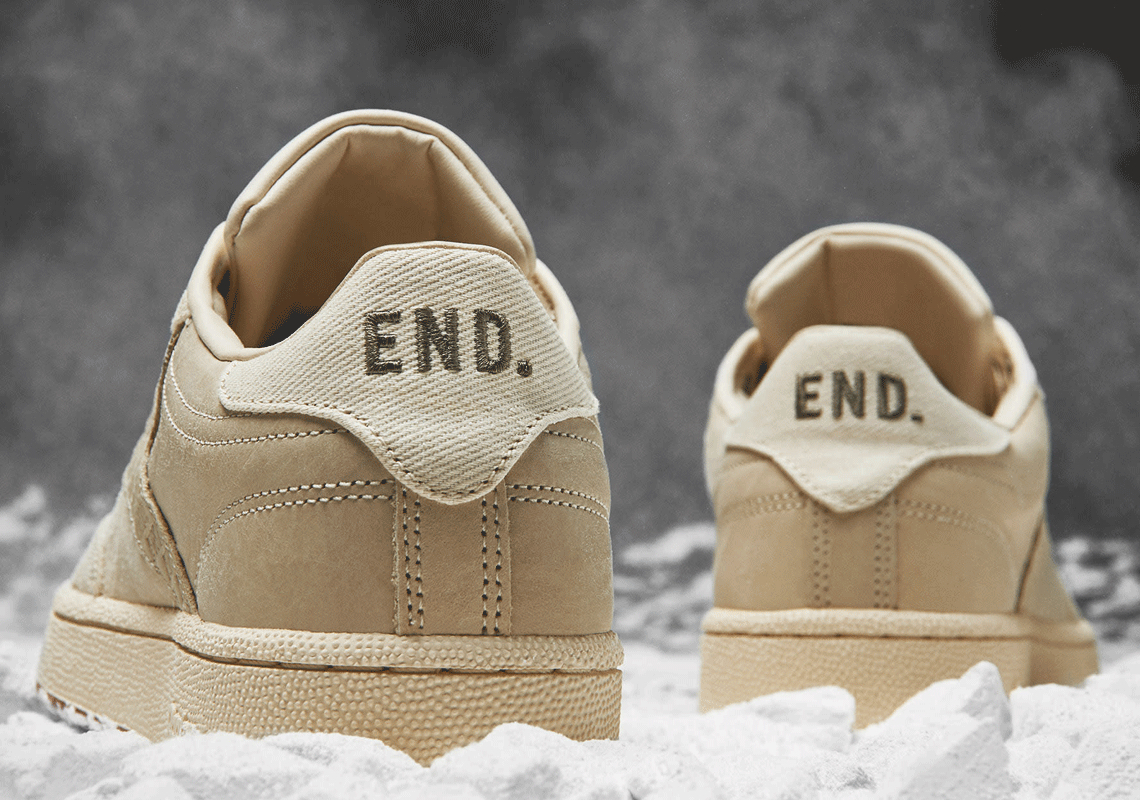