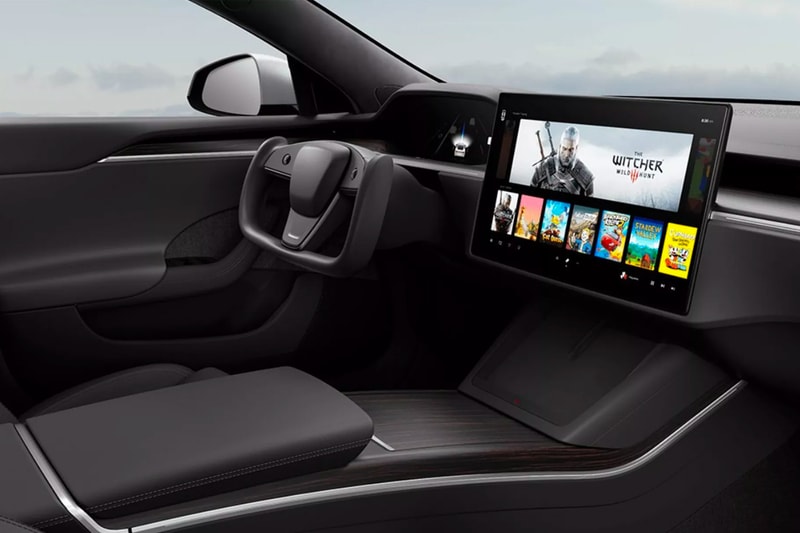 Last week, Elon Musk asked fans on Twitter if they wanted to see The Witcher game available on Tesla. With the newly refurbished Model S, fans might just see this dream become a reality.

The interior redesign is the Model S’s first major update since its 2012 debut. Similar to the Model 3 and Model Y, the center screen commands attention at 17-inches while rear-seat passengers get an 8-inch screen that offers the same gaming functions as the main screen. With its main screen, Tesla promises “2200×1300 resolution, ultra-bright colors with exceptional responsiveness and left-right tilt”, further claiming that “the new center display is an ideal touchscreen for entertainment and gaming anywhere.”

To ensure that passengers can enjoy Tesla not only for its automotive capabilities but as an alternative gaming den, the interior features includes three-zone climate control, heated and ventilated seats all around, and more sculpted rear seats, and a new fold-down armrest with cupholders. Its 22-speaker audio system, ambient lighting, and glass roof add to the comfortable gaming atmosphere inside the Model S.

Though the interiors appear to steal the show, the refreshed Model S will see a new front bumper, new 19- and 21-inch wheel designs, and a tweaked rear diffuser. Matching the Model Y exterior trim, the Model S is finished in black, however, the white color palette is still the only no-cost option.

According to recent tweets from Elon Musk, both Cyberpunk 2077 and The Witcher 3 will be available to play on Tesla.

Those interested can check out the claims for themselves on Tesla Model S.

Want to play The Witcher game on your Tesla? (you can already watch the show on Tesla Netflix theater)

It can play Cyberpunk

In case you missed it, the Bloodhound LSR is a potential 1,000mph rocket-car selling for $11 million USD.