Russell Westbrook has been an attention magnet on the court thanks to his recent improbable late game heroics and and even gifting his game-worn shoes to Wizards arena staff. His most recent signature sneaker, the Jordan “Why Not?” Zer0.4, has dressed in head-turning colors and patterns as well. A new pair continues to showcase Westbrook’s bold moves via drag racing motifs—perhaps a reference to his quick first step.

As the black uppers are constructed of a mix of materials, they are primarily by haphazard shapes in yellows and reds. While these colors depict fire, a flame pattern wraps around the toe and midfoot. Branded webbing in the heel and forefoot add an extra detail while also engaging with the laces for a secure fit. Checkered print panels around the laces also add to the drag racing concept. Double stacked Air Zoom units ensure responsiveness and cushioning for the wearer, with the grey and white marble-printed outsole adding even more patterns to the design.

For more by the Jumpman, check out the official images of the metallic “Court Purple” women’s Air Jordan 1. 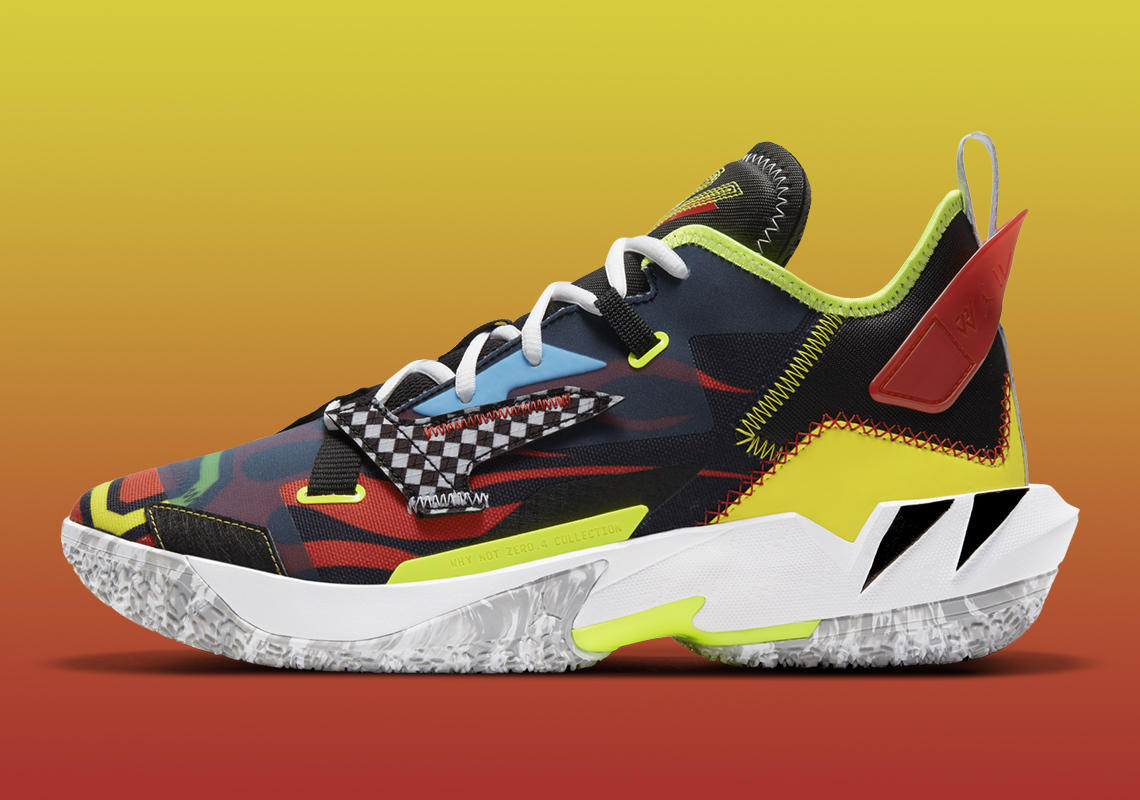 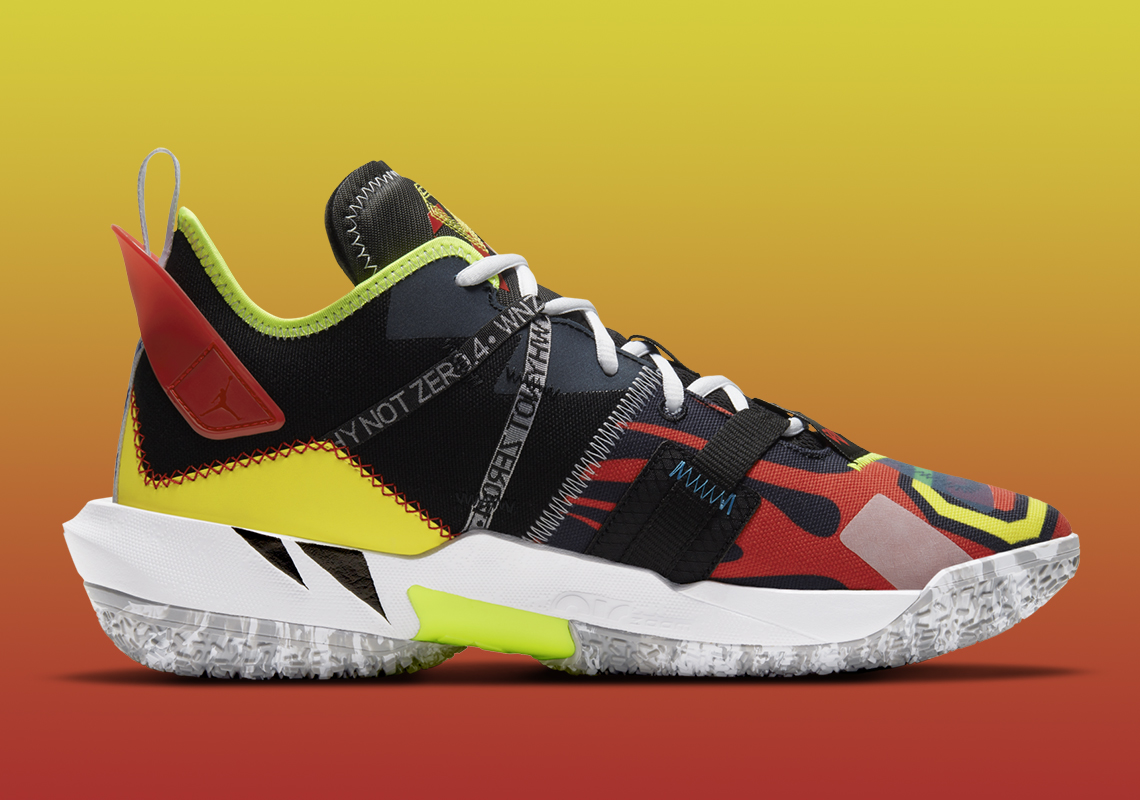 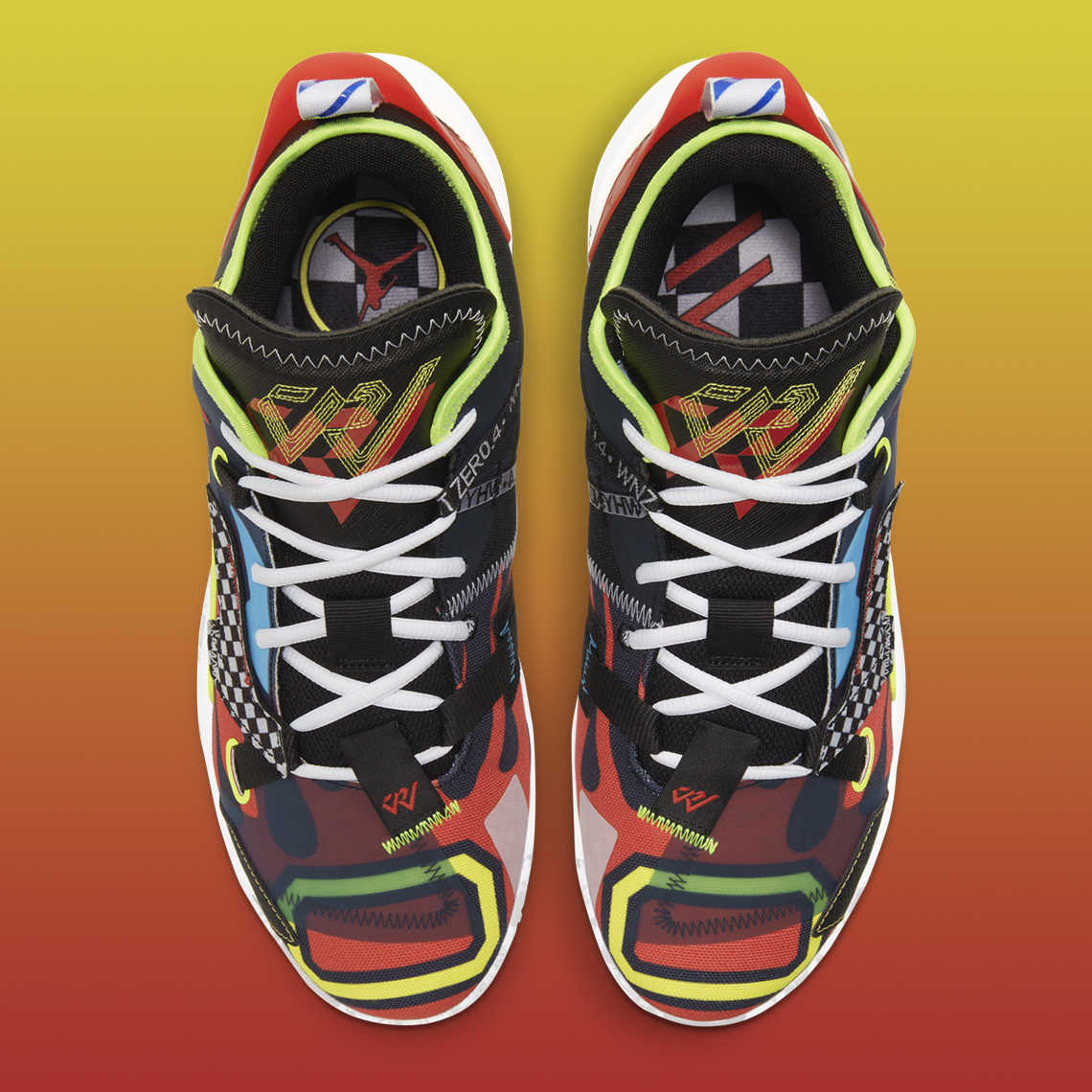 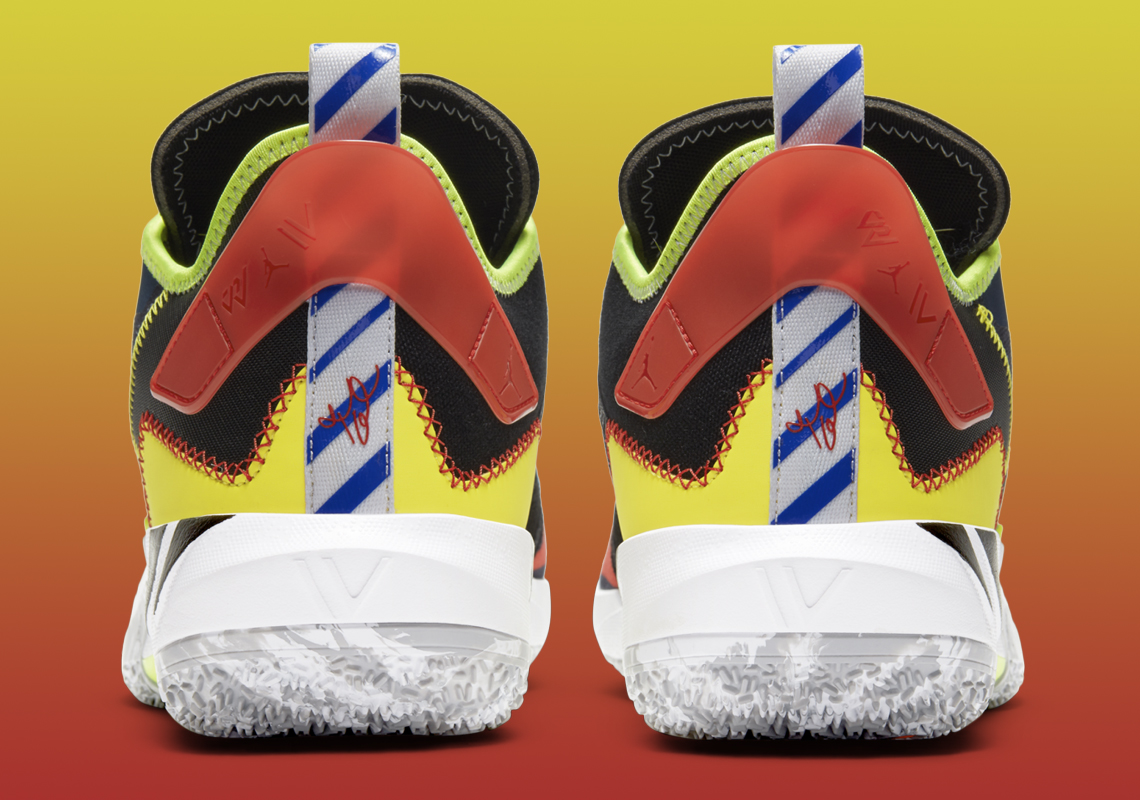 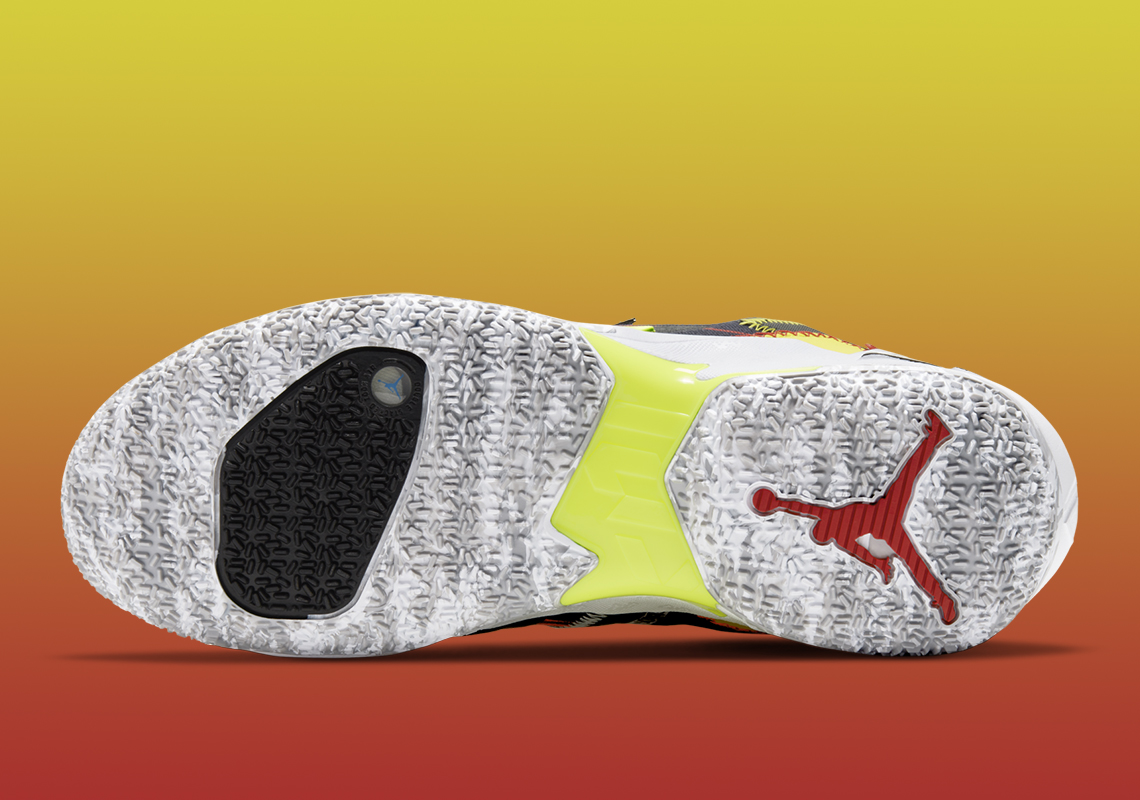 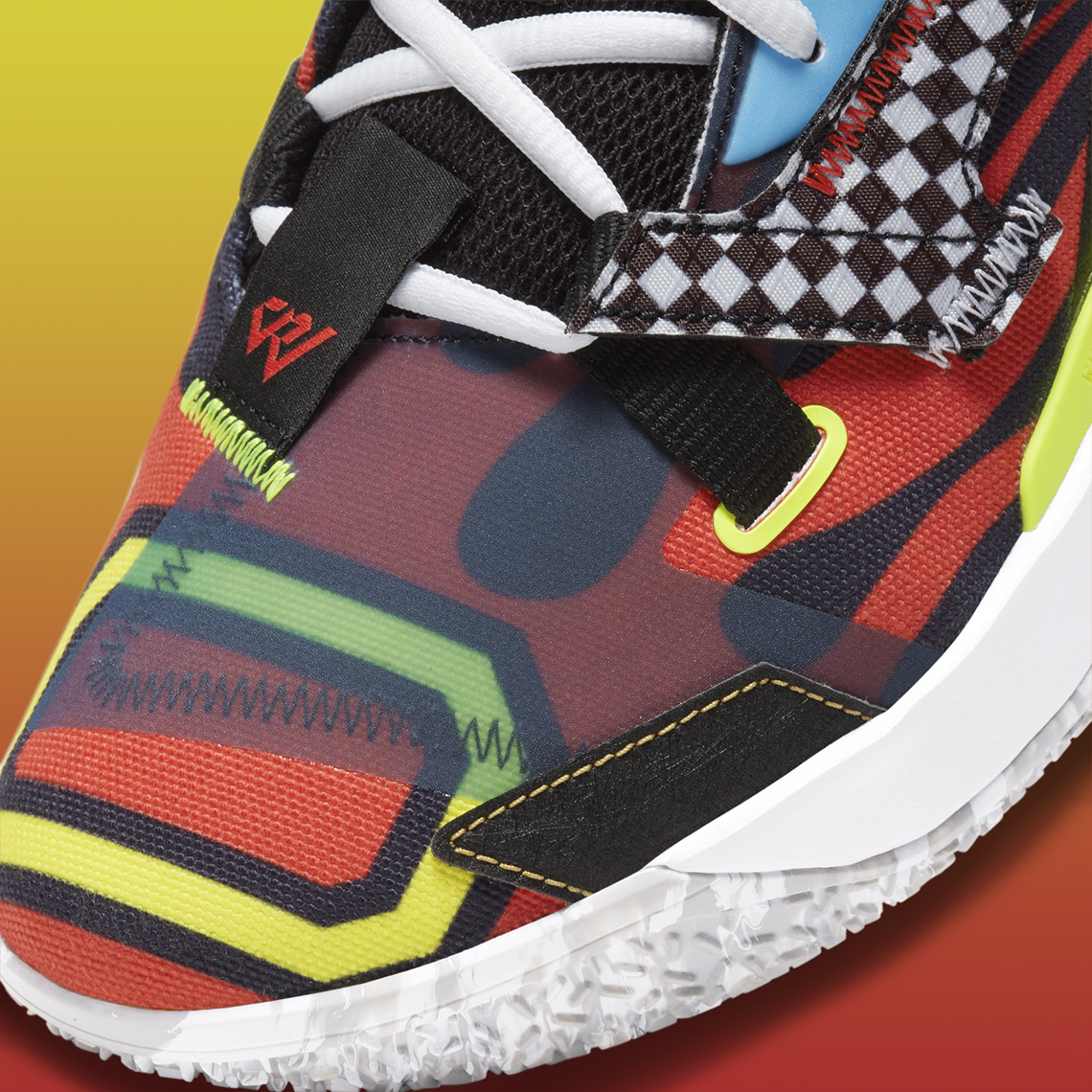 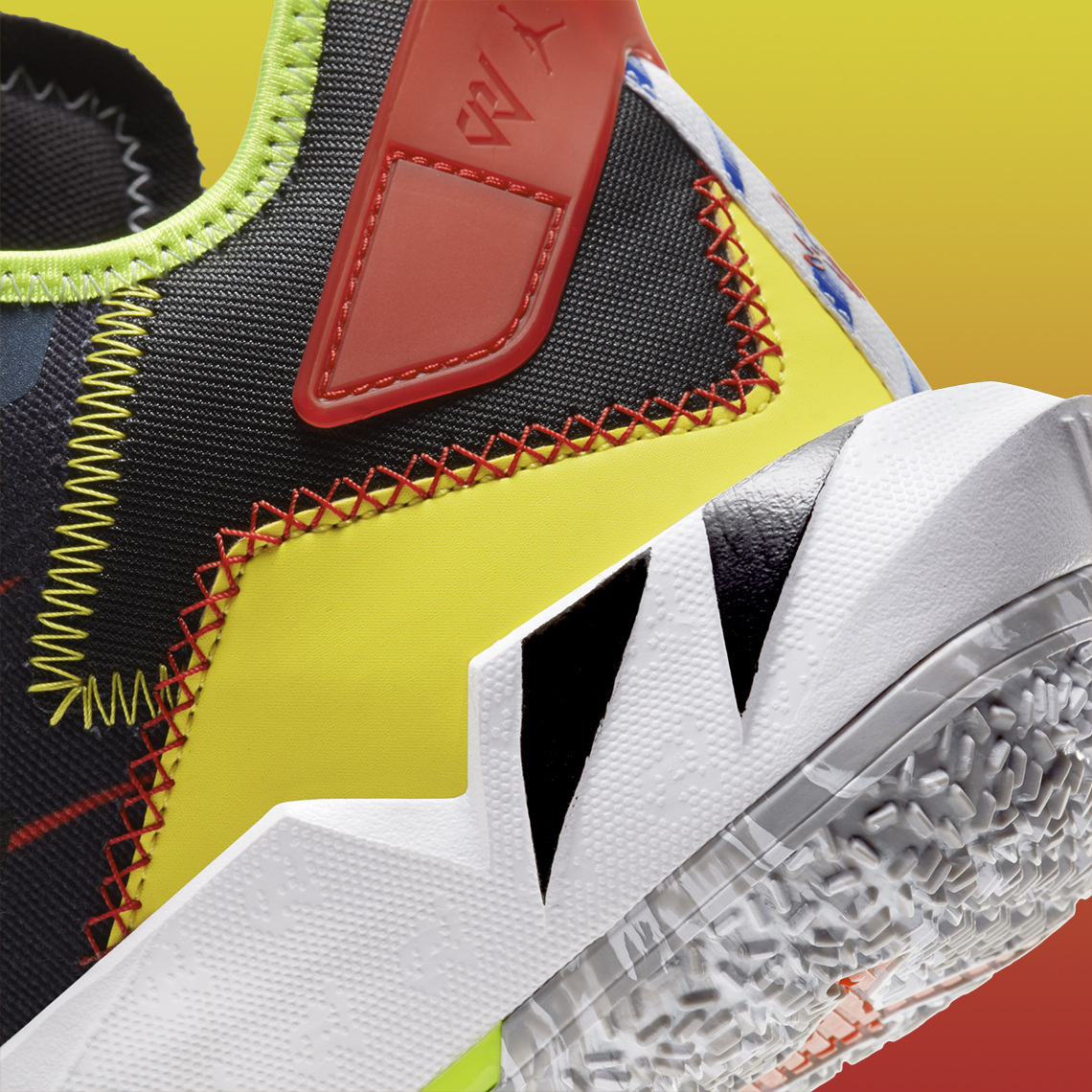 The post Drag Racing Themes Appear On This Upcoming Jordan Why Not Zer0.4
appeared first on Sneaker News.

The post Drag Racing Themes Appear On This Upcoming Jordan Why Not Zer0.4 appeared first on Sneaker News.