Back in August, sacai revealed their upcoming SS21 collection via online channels. The lookbook, which offered a number of patchworked apparel standouts, also provided glimpses of what Chitose Abe has been working on with Nike: a set of Blazer Lows and follow-up colorways for the lauded VaporWaffle. The latter, which is also prepped to debut in “Sesame,” has just surfaced via insiders in its more colorful “Dark Iris” outfit.

Unlike its predecessors, the “Dark Iris” makes use of a brand new construction and color blocking. Whereas the previous opted for a two-toned arrangement, the upper here is decisively more one note, with the titular purple worked into both the nylon base as well as the suede and leather panels that dress the forefoot and rear, respectively. “Campfire Orange” accents are found throughout in seldom, only marking the overlaid Swoosh and the heel tab connected behind. The tooling, inner tongue, and lining, in slight departure, then round off the design with shades of bright white.

Grab a detailed look at these here and expect a release to hit Nike SNKRS and select retailers sometime in the next few months. 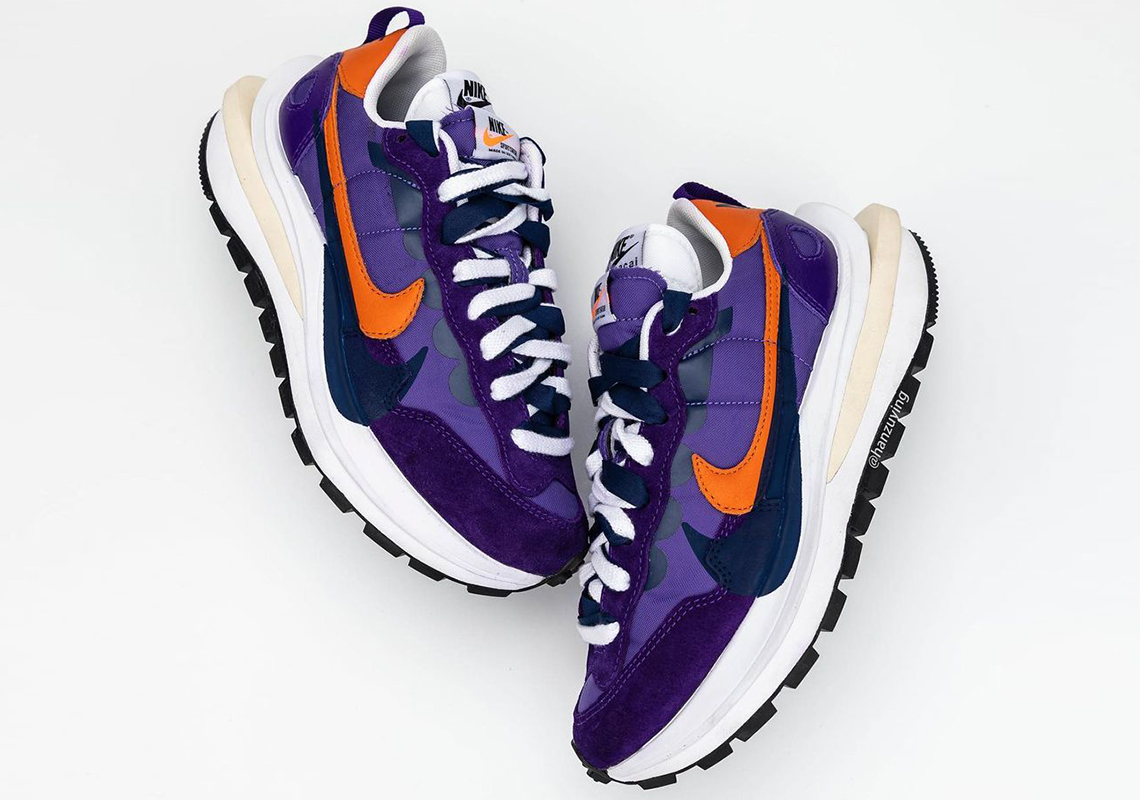 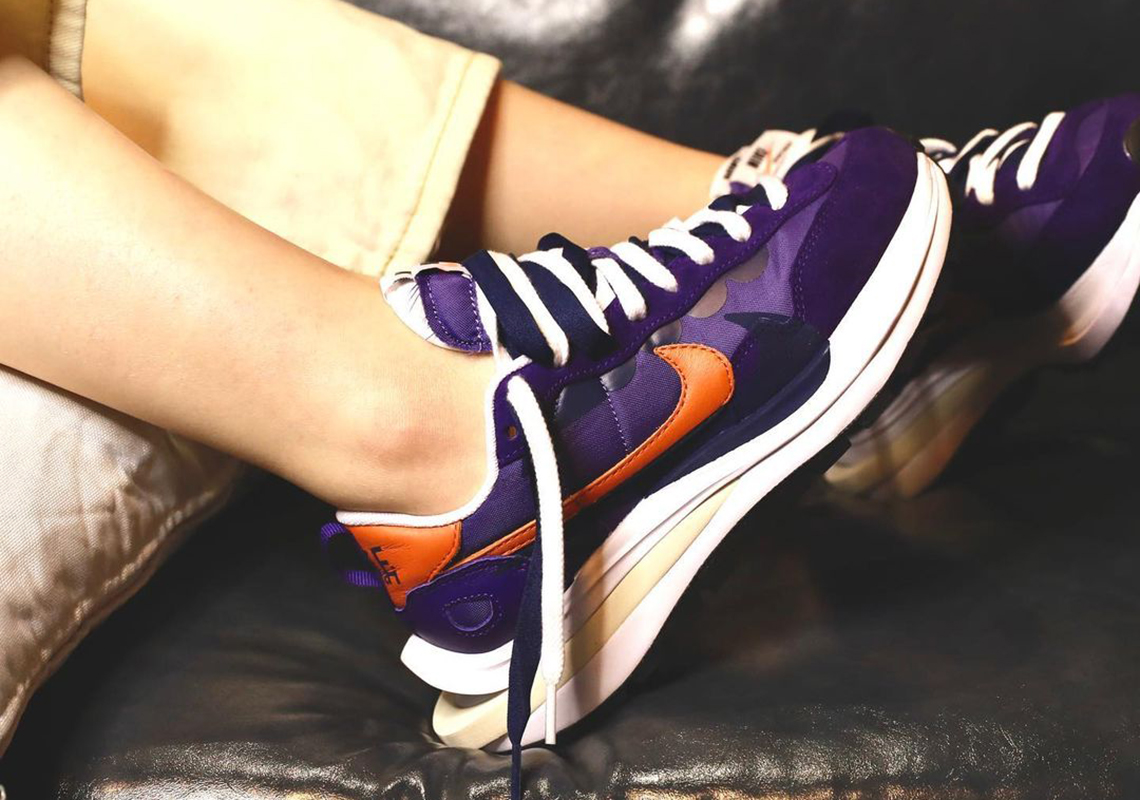 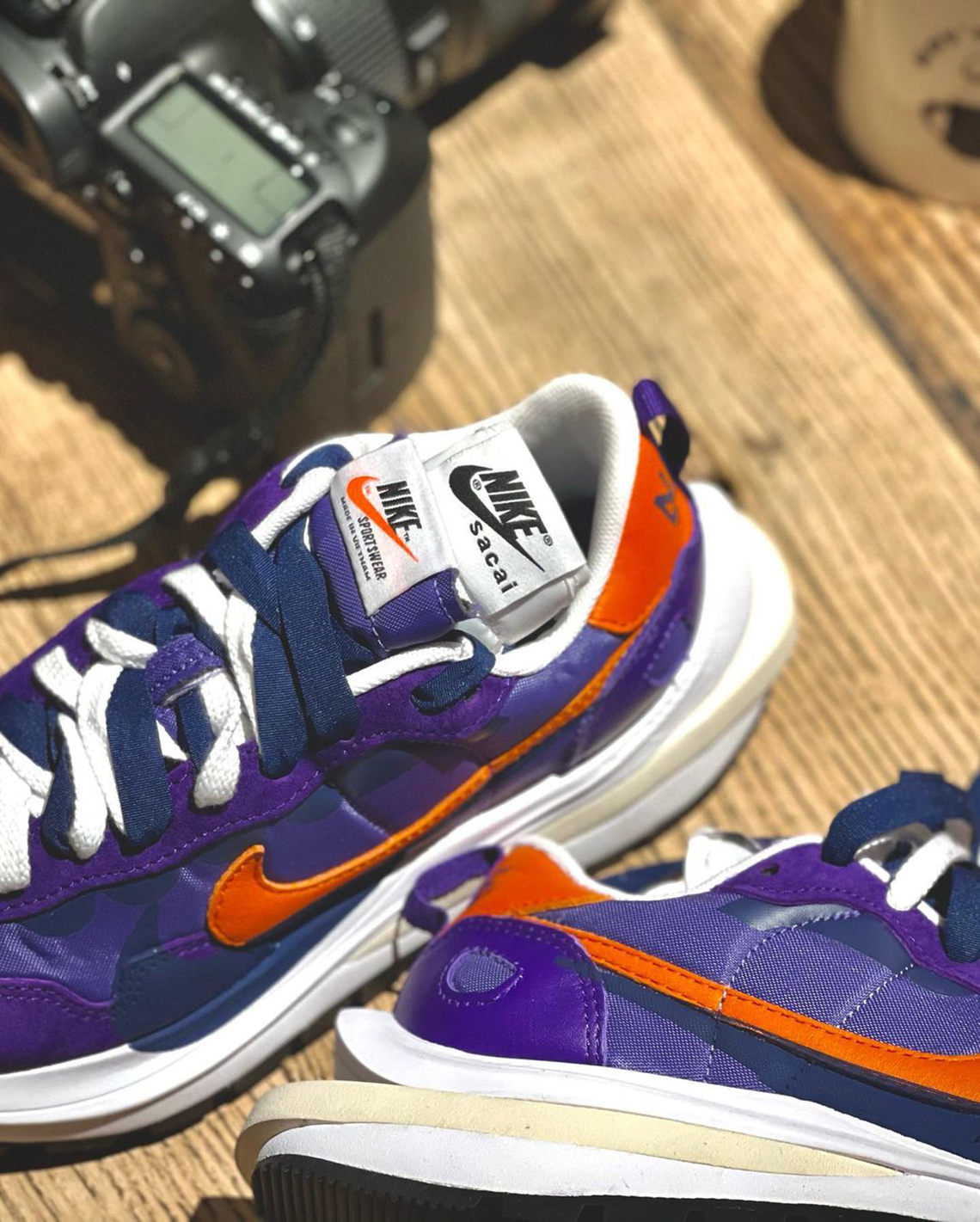 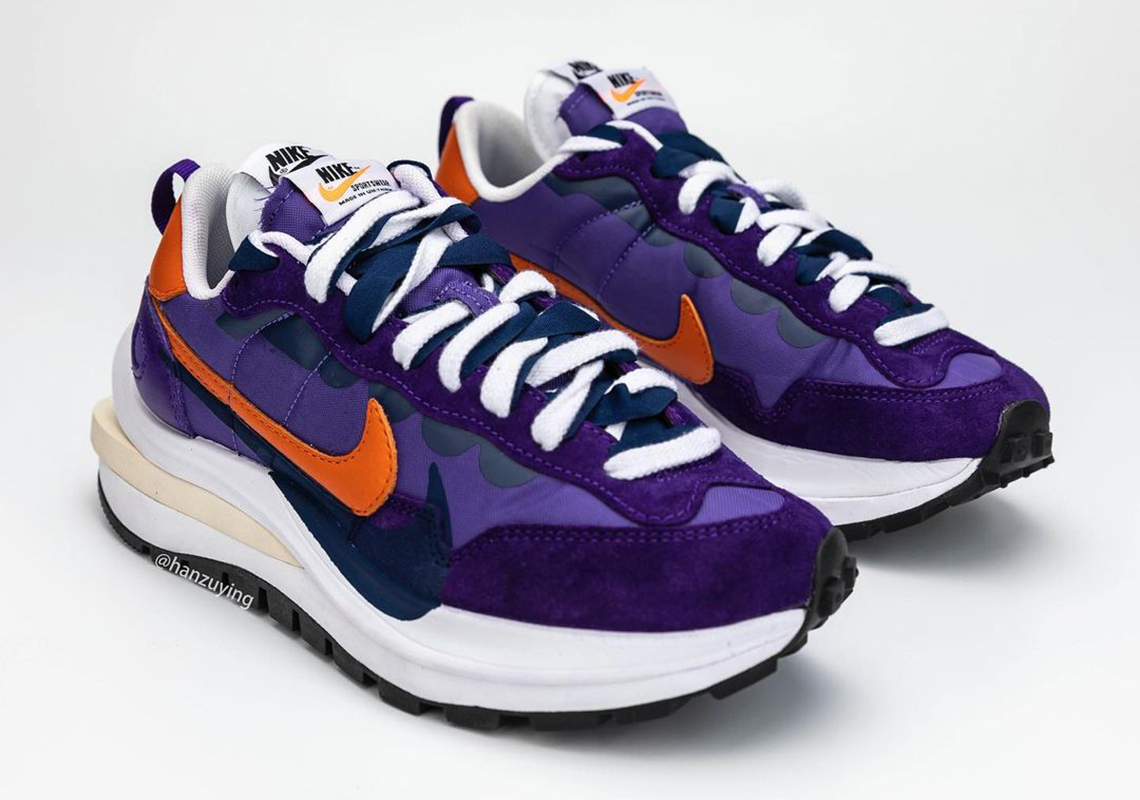 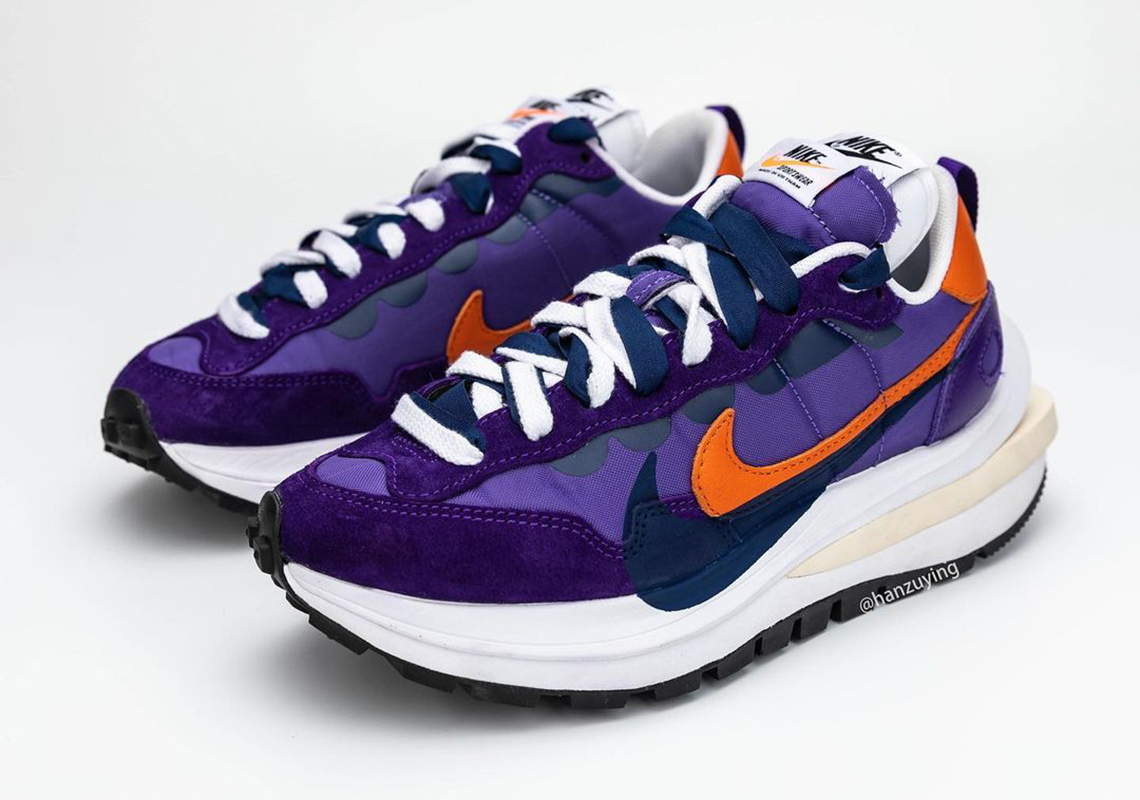 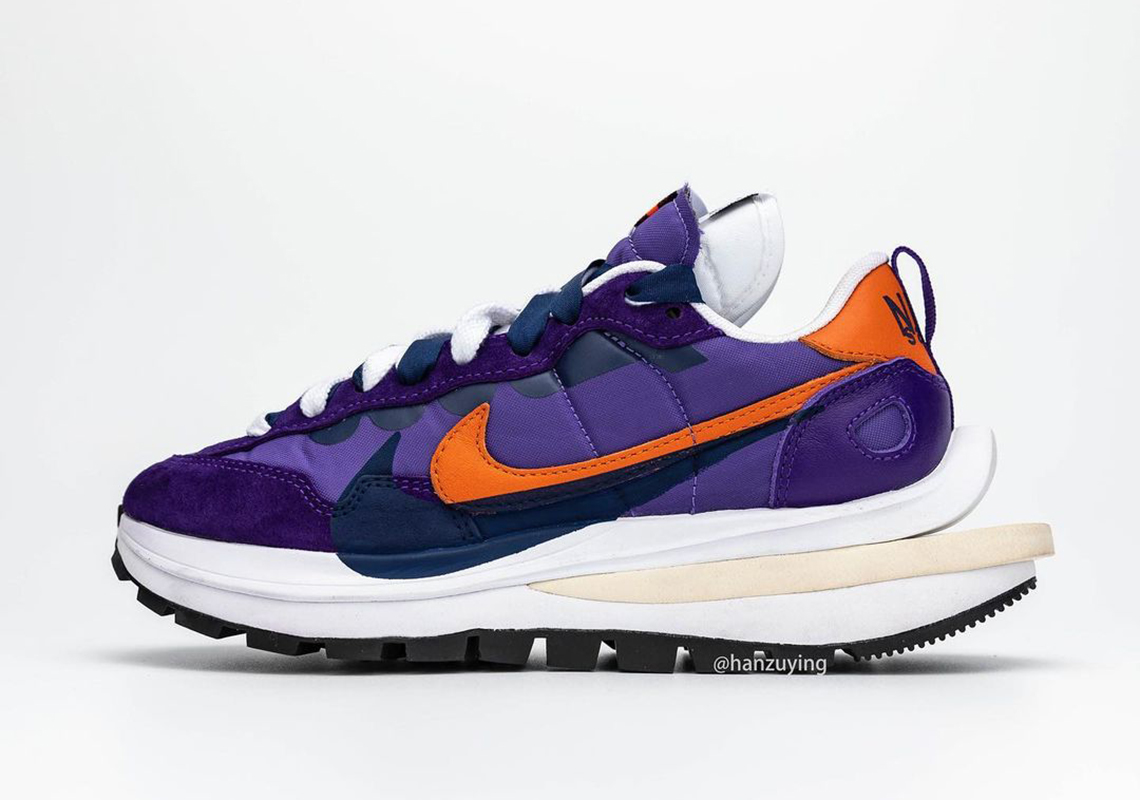 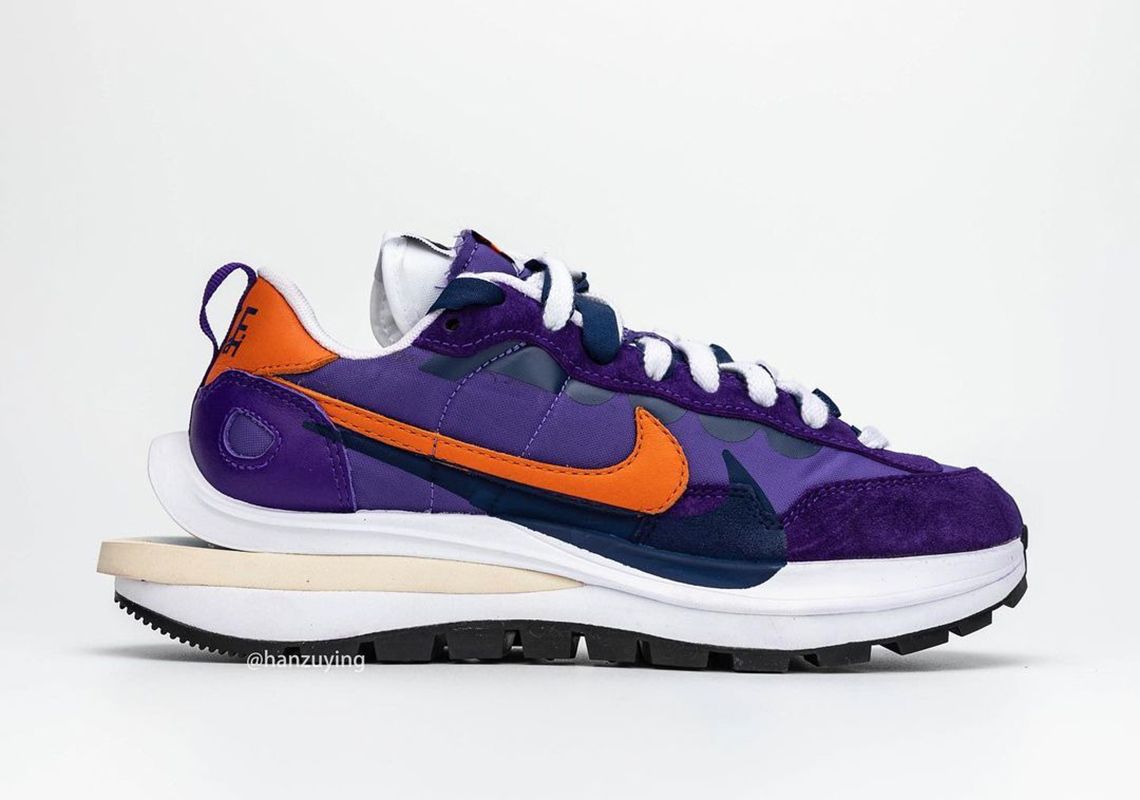 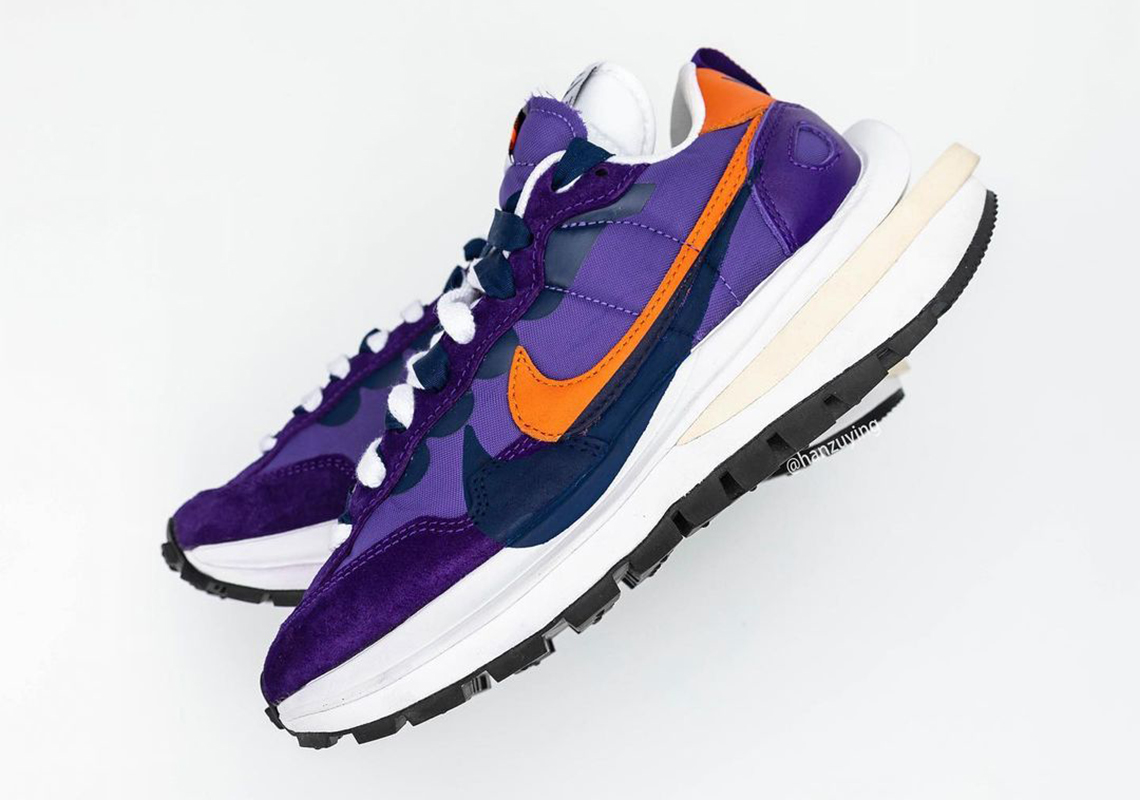 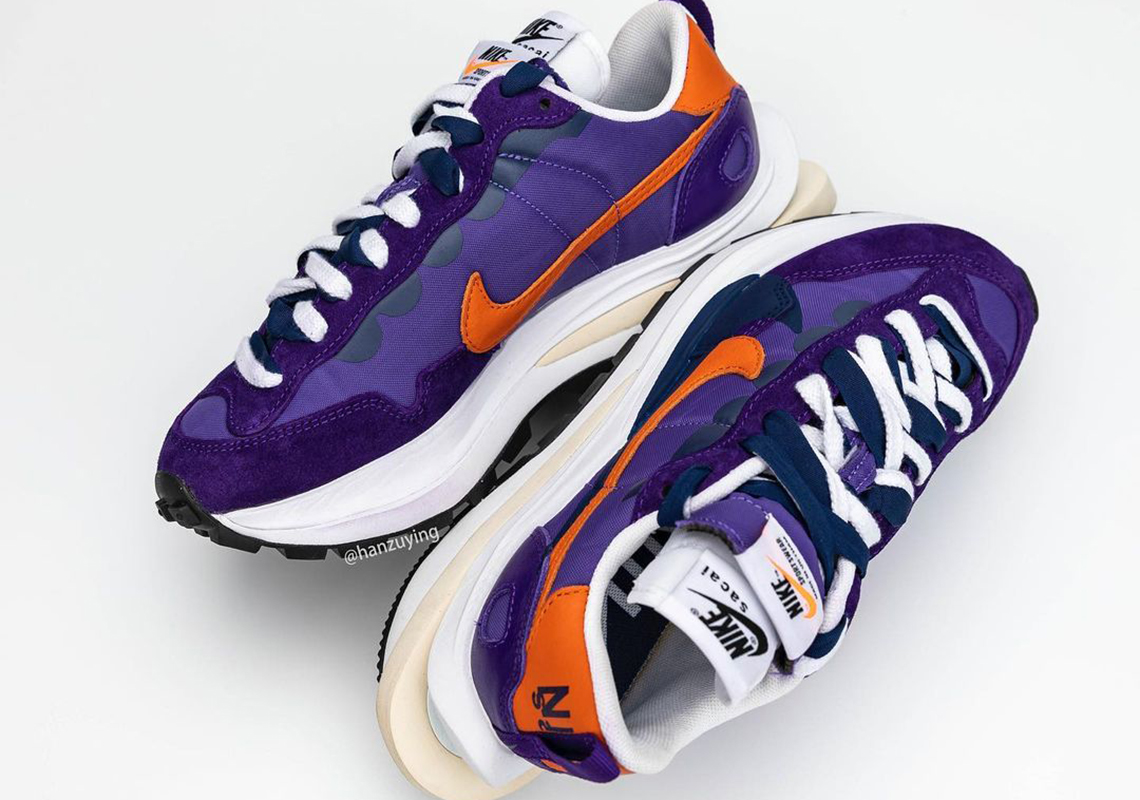 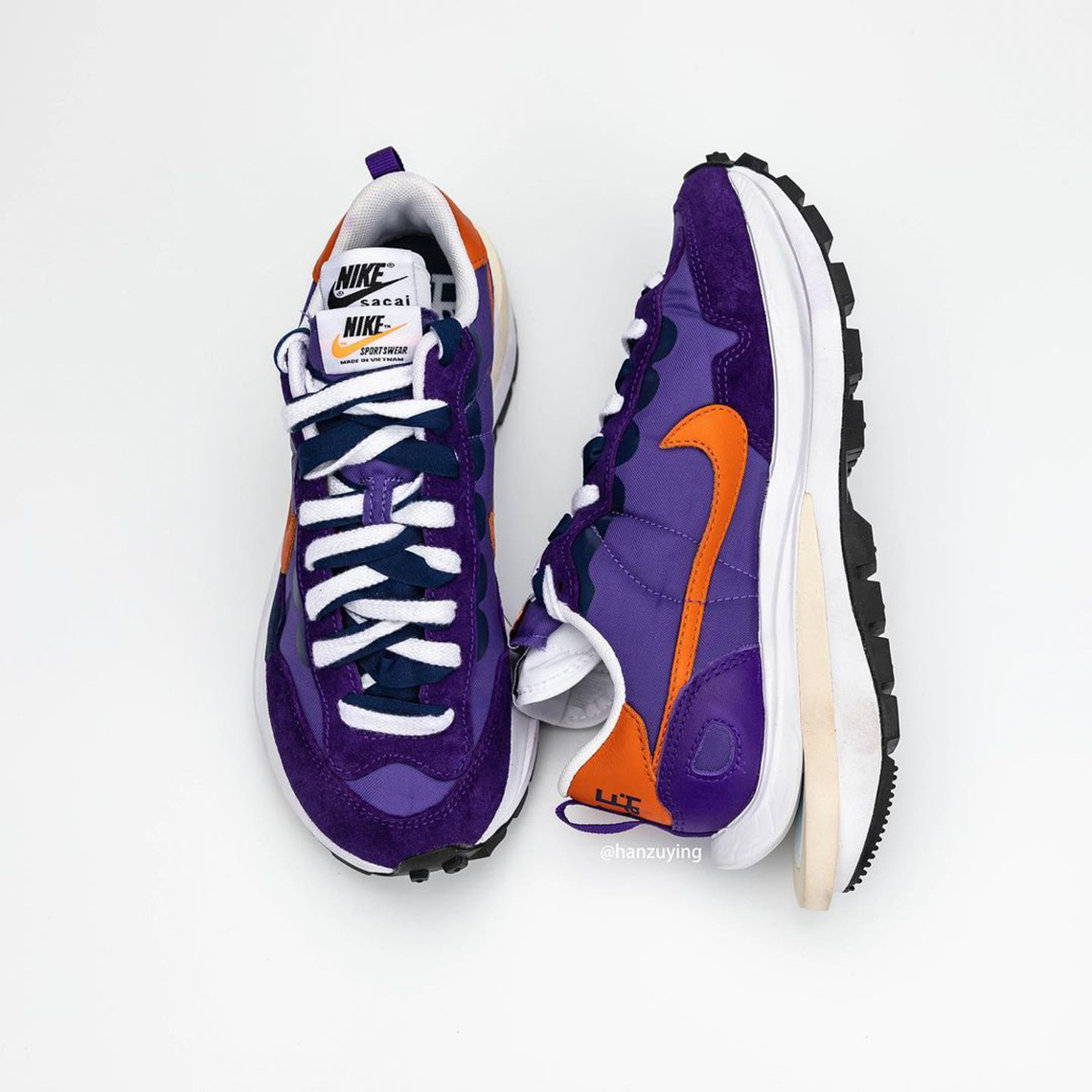 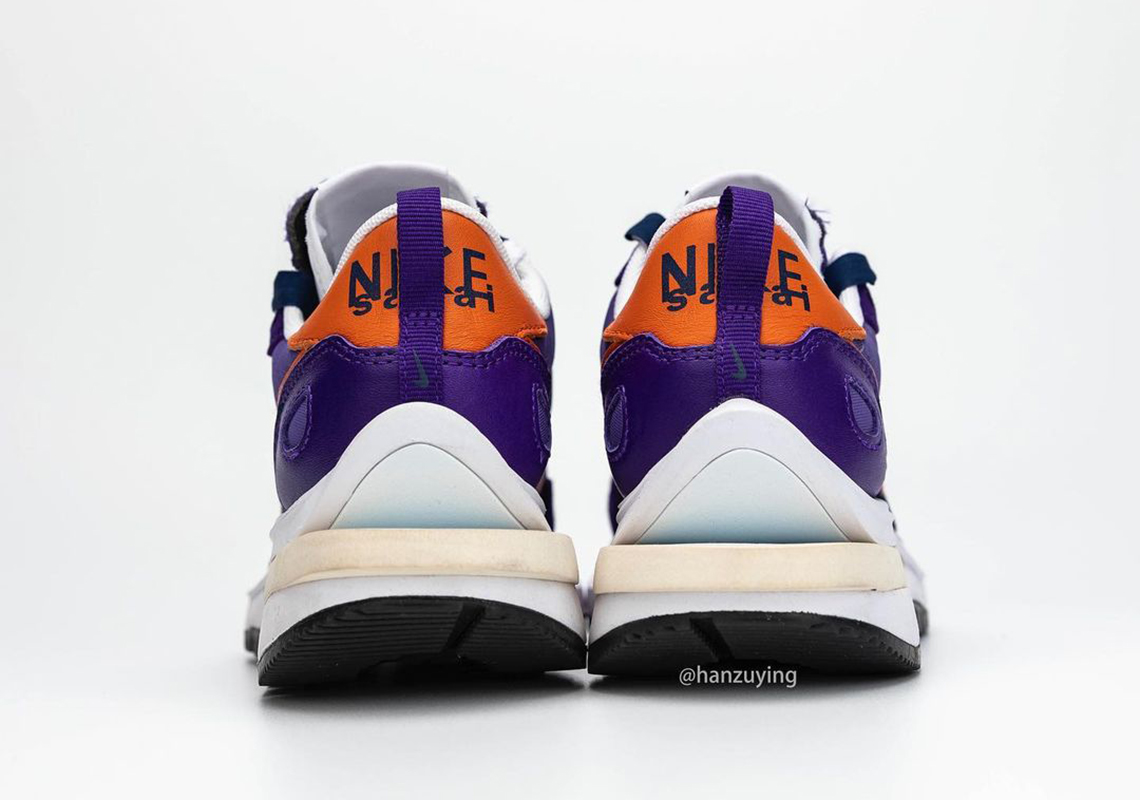 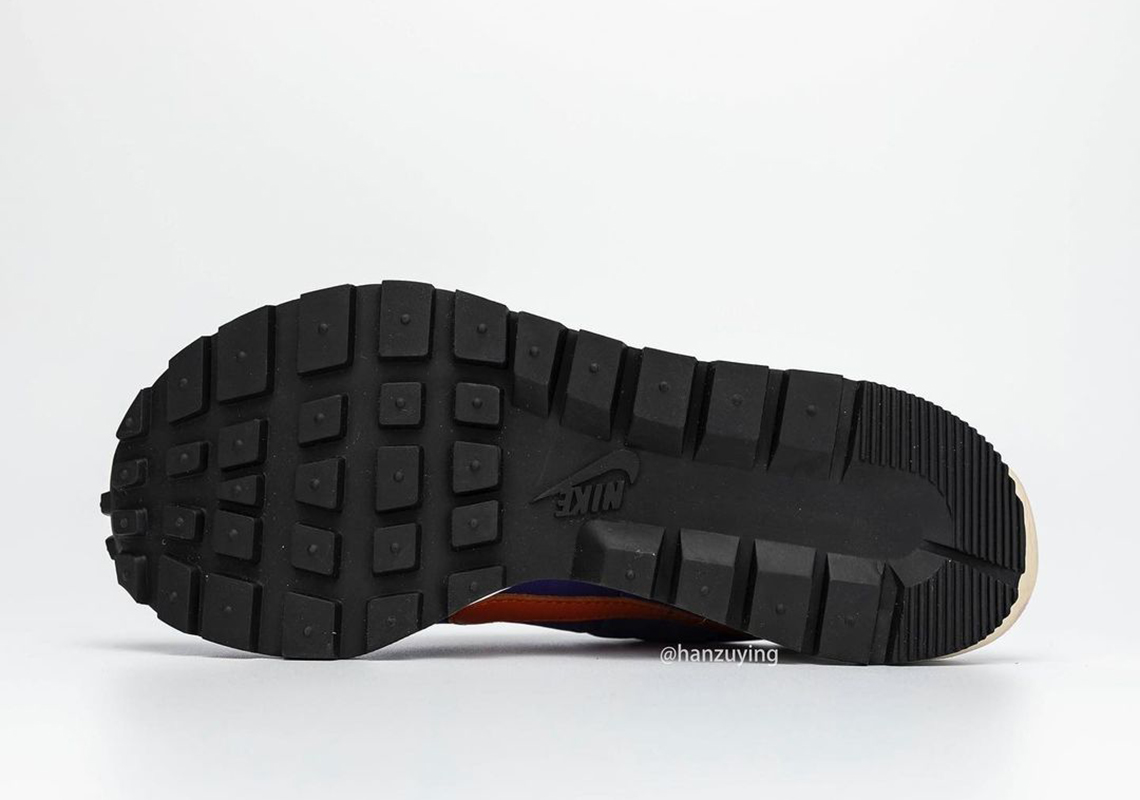