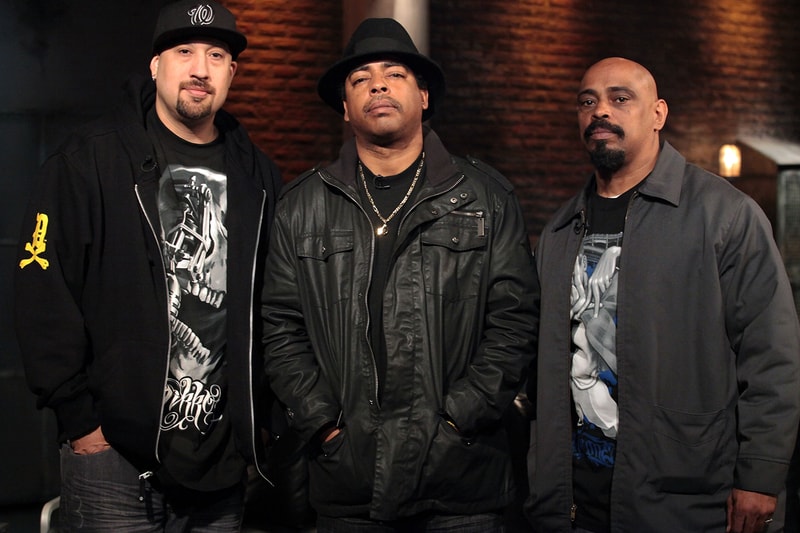 Cypress Hill is celebrating the 30th anniversary of their self-titled debut studio album with the release of the graphic novel, Tres Quis.

Created in collaboration with Z2 Comics, the graphic novel will be penned by Noah Callahan-Bever and Gabriel Alvarez and illustrated by Felix Ruiz, Jefte Palo, Juan Gedeon, Damion Scott, Angel Hernandez and Paris Alleyne. “Before they became icons, Louis and Senen were just a couple of teenage cholos from around the way, trying to stay out of trouble — until a series of chance encounters with both sides of the law changed their path forever,” a press release read. Tres Quis is also set to feature character appearances from their songs, including Officer O’Malley from “Hole in the Head” and Sister Maggie from “Stoned Is the Way of the Walk.”

Tres Quis will be released in both English and Spanish and will hit comic book shops and bookstores in a standard 160-page softcover version. A deluxe hardcover edition, limited super deluxe edition, an exclusive green vinyl LP of Cypress Hill with a brand new album art from Ricardo Lopez Ortiz plus special prints from Ortiz, Scott and Gedeon will also be available via the Z2 store.

“Art has always been a major influence in our lives and our music,” B-Real said in a statement. “As kids we would read comic books that were full of heroes achieving the impossible. 30 years later, I would have never thought we would get a chance to tell our story this way.”

Sen Dog added, “The story of Cypress Hill in a graphic novel is the perfect way to illustrate the time and place where the group was born.”

Place your pre-orders for Cypress Hill: Tres Quis on the Z2 Comics website starting at approximately $300 USD. The graphic novel is scheduled to ship in August 2021.

Elsewhere in art, take a look at these works done by Kanye West as a teenager.