Back in 2015, Bandulu teamed up with Converse for some lightly customized Chuck 70s, a collaboration that was offered as part of the Boston-based footwear brand’s limited “First String.” Now, almost six years thereafter, the two are finally reuniting once again to further dress the aforementioned silhouette as well as the equally iconic Pro Leather.

Here, despite the caffeinated tweak in color, the upcoming Chuck 70 loosely mimics its much older predecessors. The canvas, whose thickened weaves are dyed fully in a “Cappuccino,” are marked over top with embroidery, a technique often employed by Bandulu for their own apparel collections. These threads take the form of the imprint’s signature “paint drips,” which cascade across the collar and profile in shades of blue, gold, pink, and the like.

By comparison, the Pro Leather is far more distinct for reasons outside of its exterior embellishments. For one, the colorway itself is uncannily reminiscent of Timberland’s 6-inch boot, bearing both the wheat suede uppers and the darker, leather heel tabs. Bandulu’s embroidered calling cards are used in force as well, dressing the collar and toe box primarily.

Grab a detailed look at both pieces of footwear here and expect a release to arrive at Bandu.lu as well as Converse.com on February 11th.

In other news, more images of the Air Jordan 5 Stealth 2.0 have been shared. 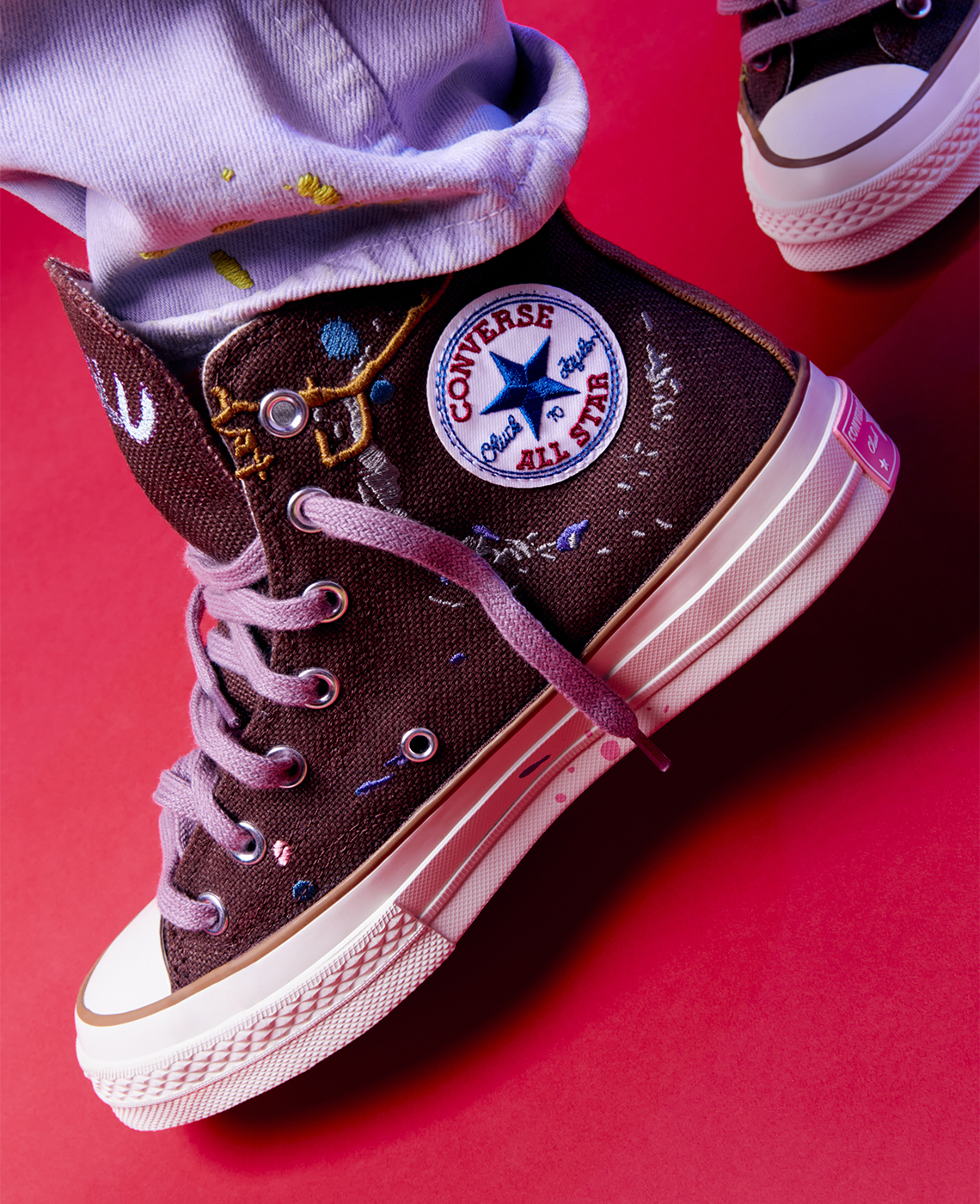 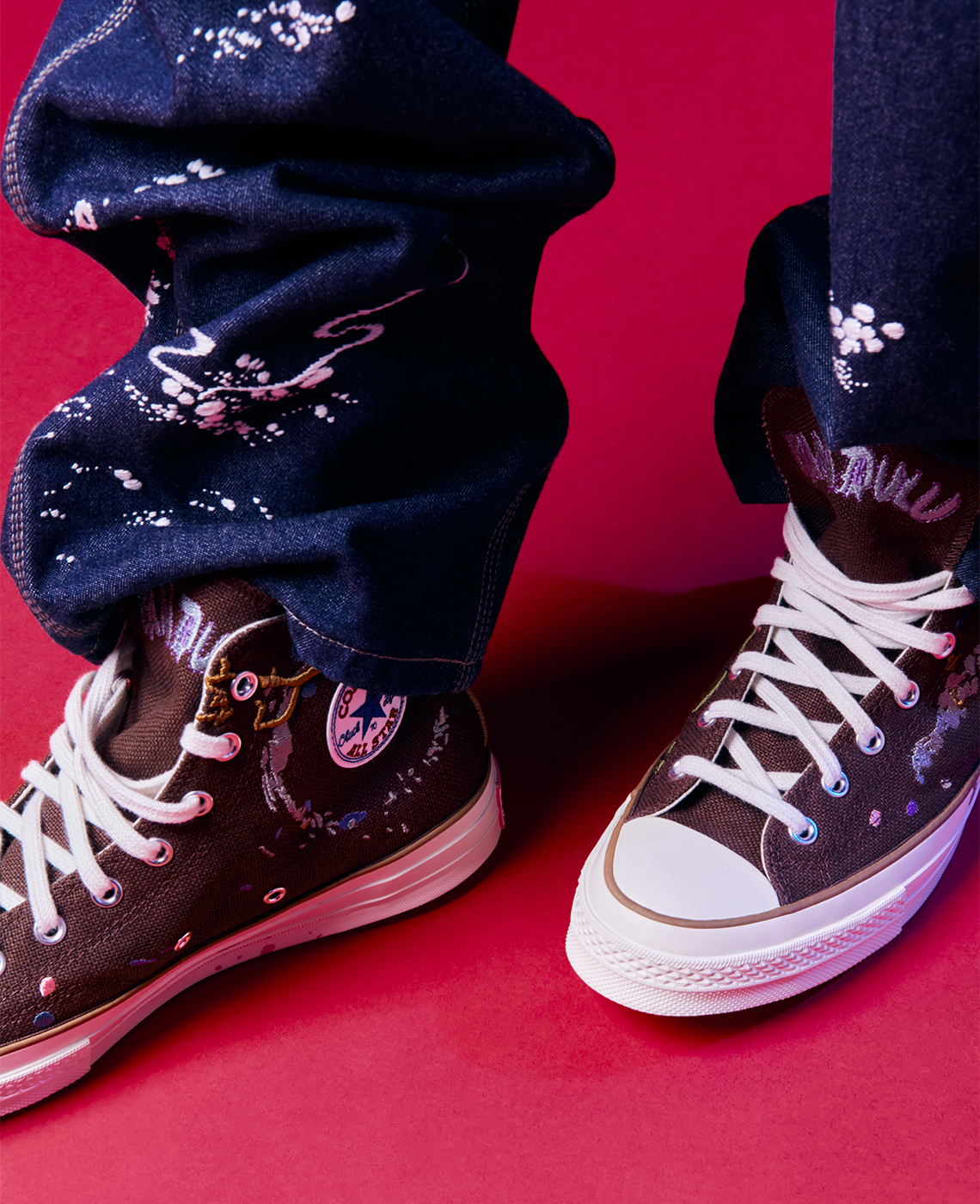 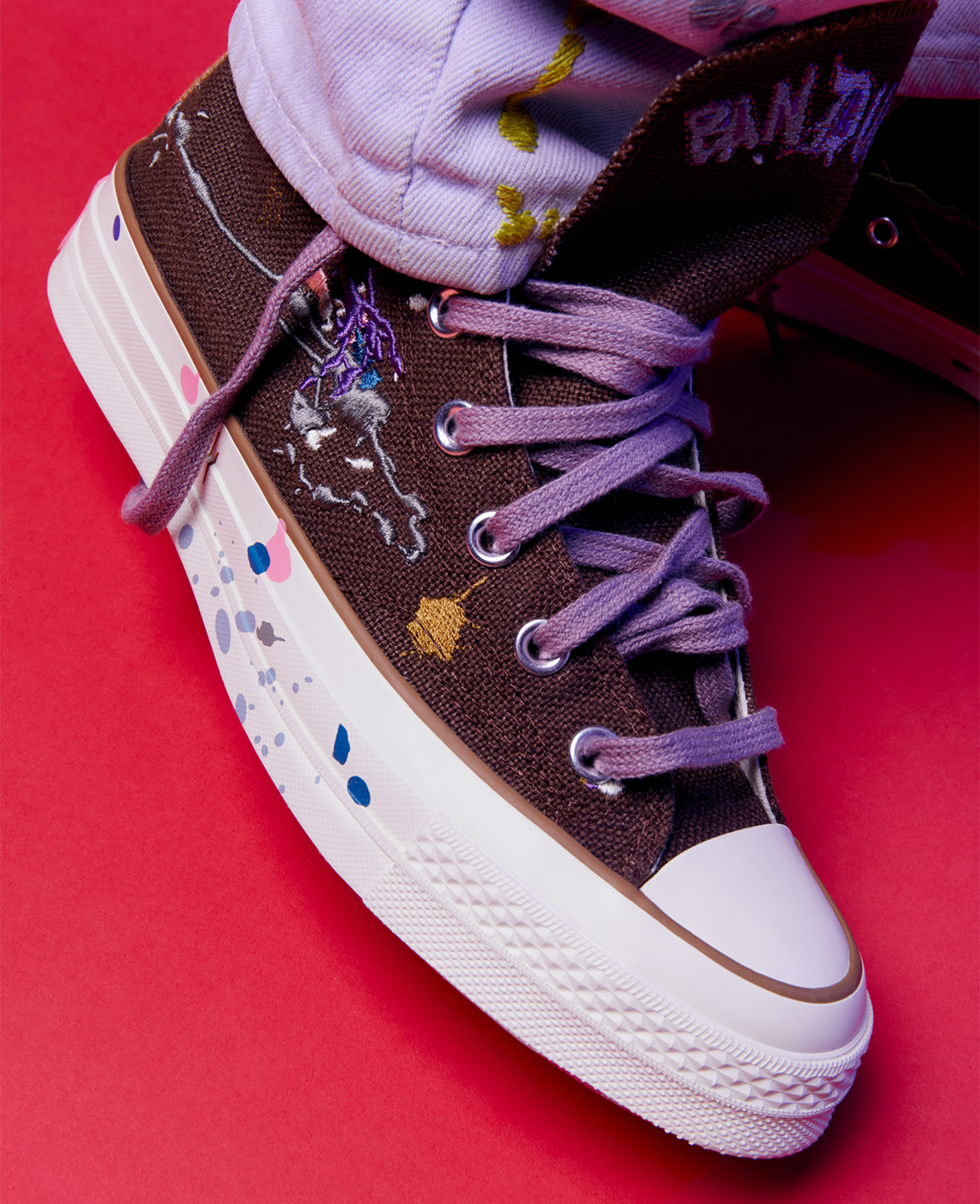 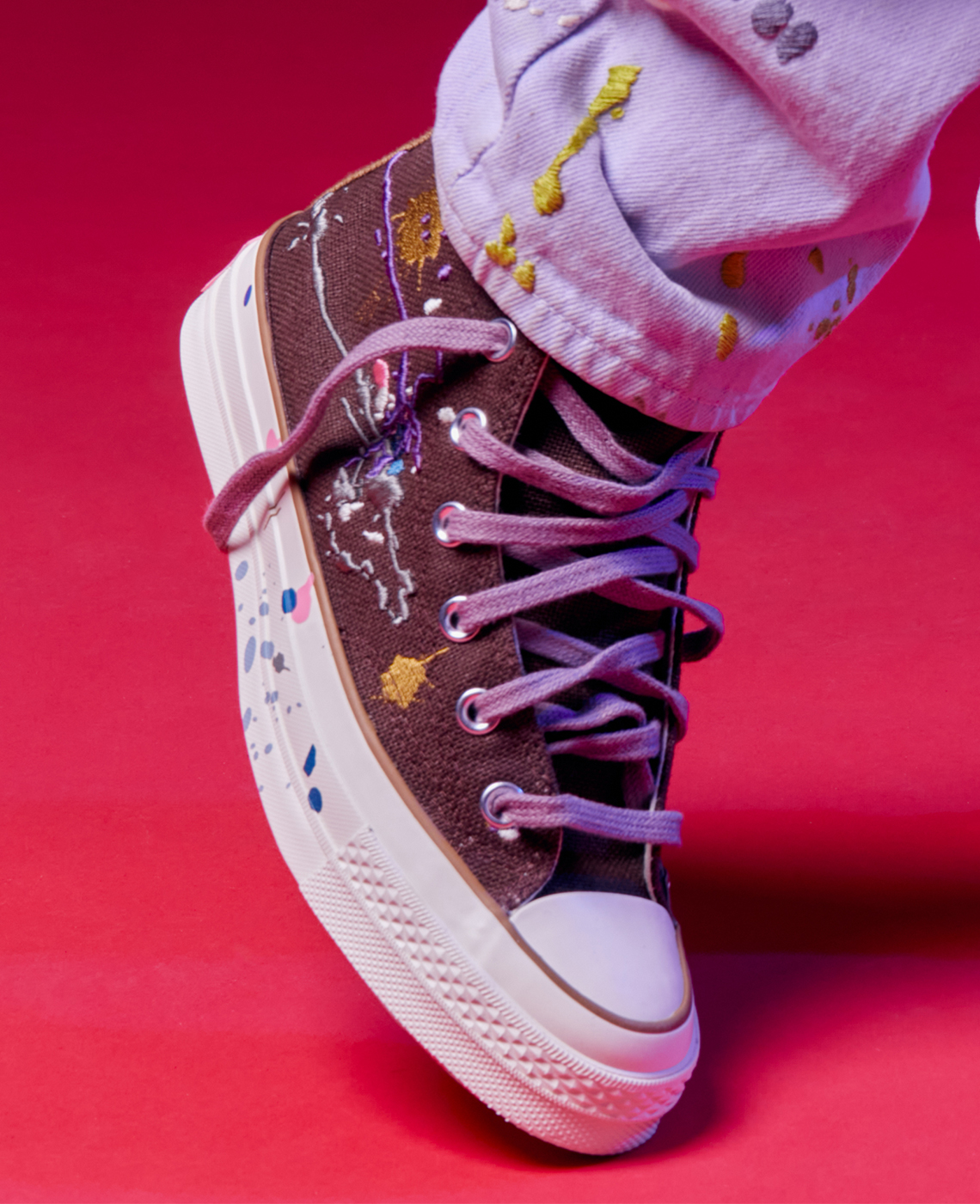 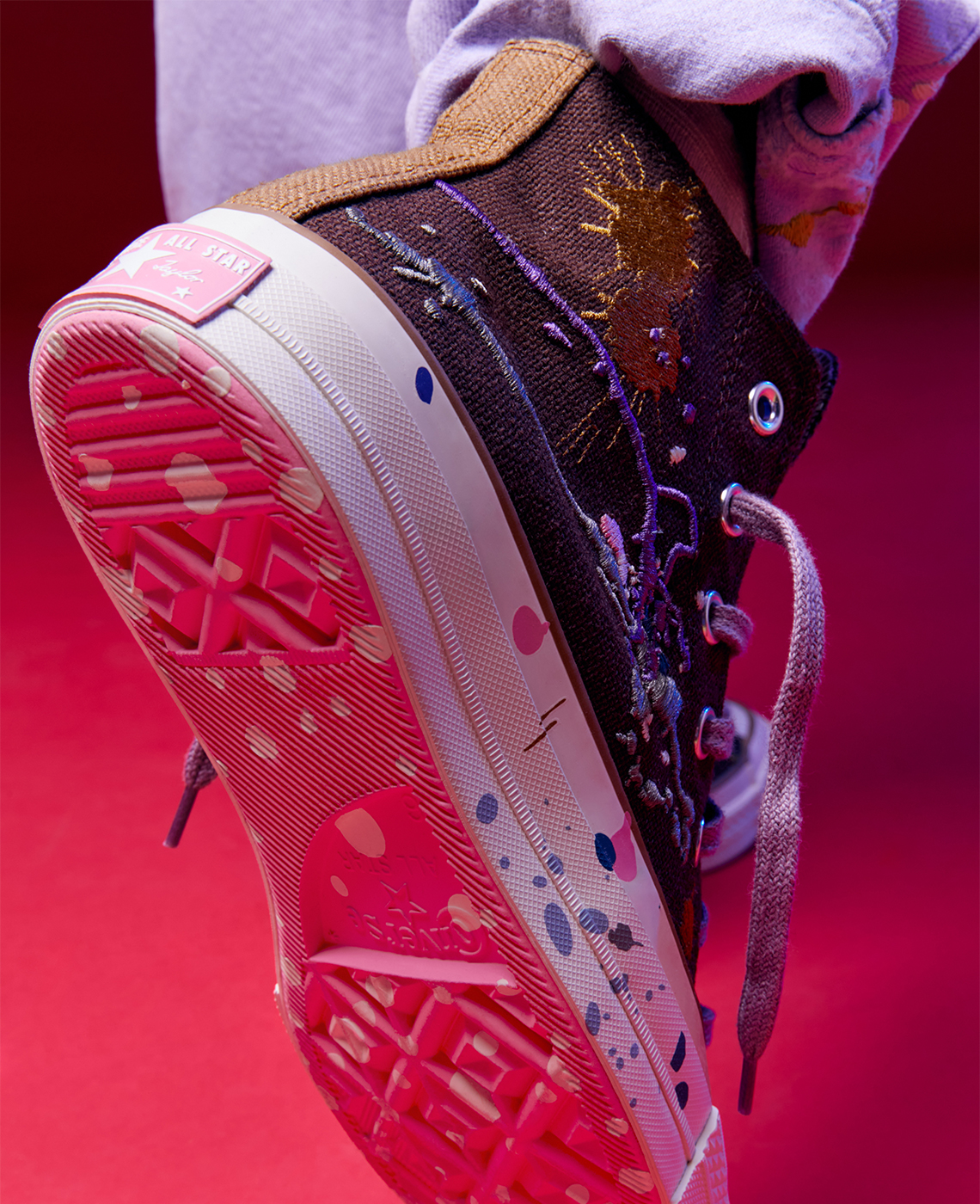 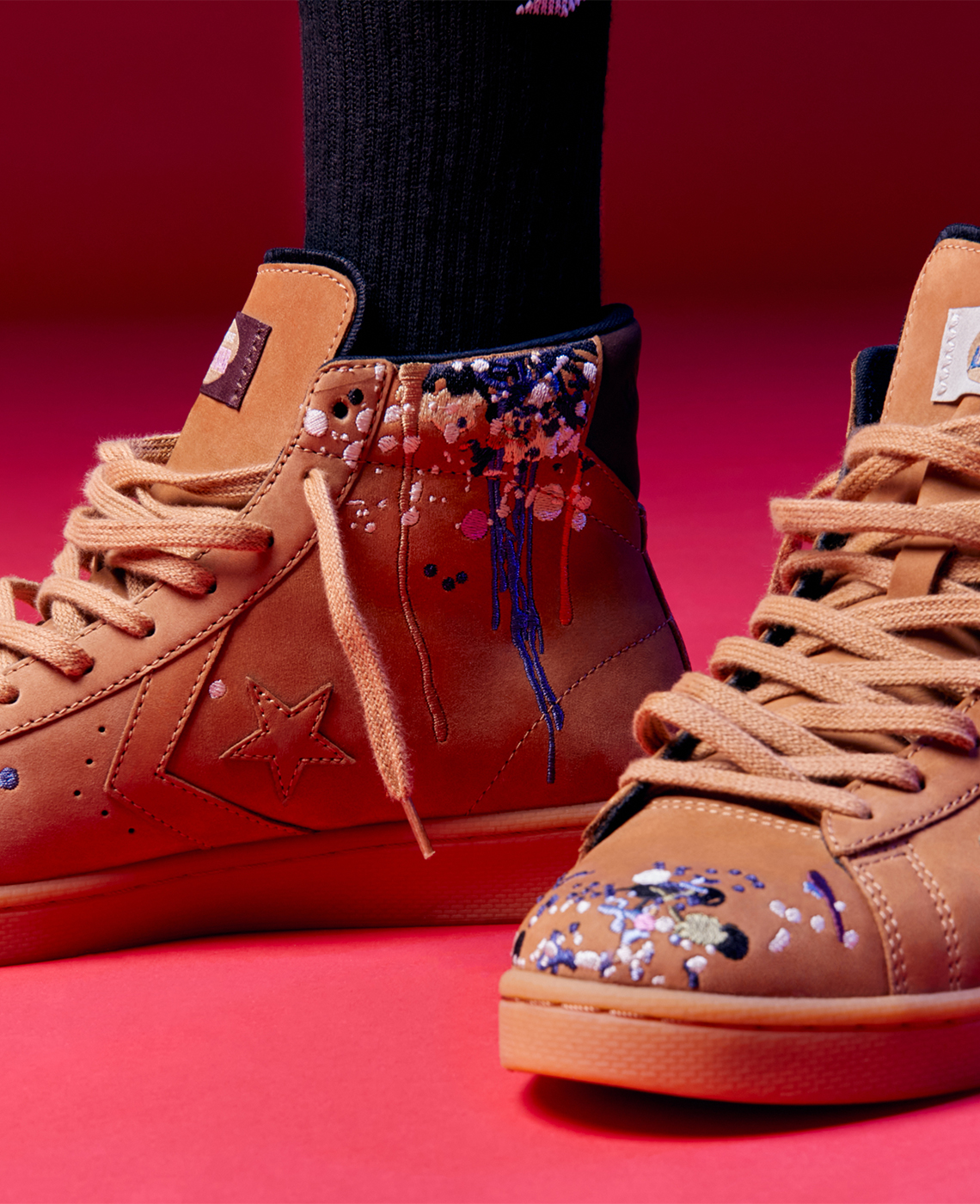 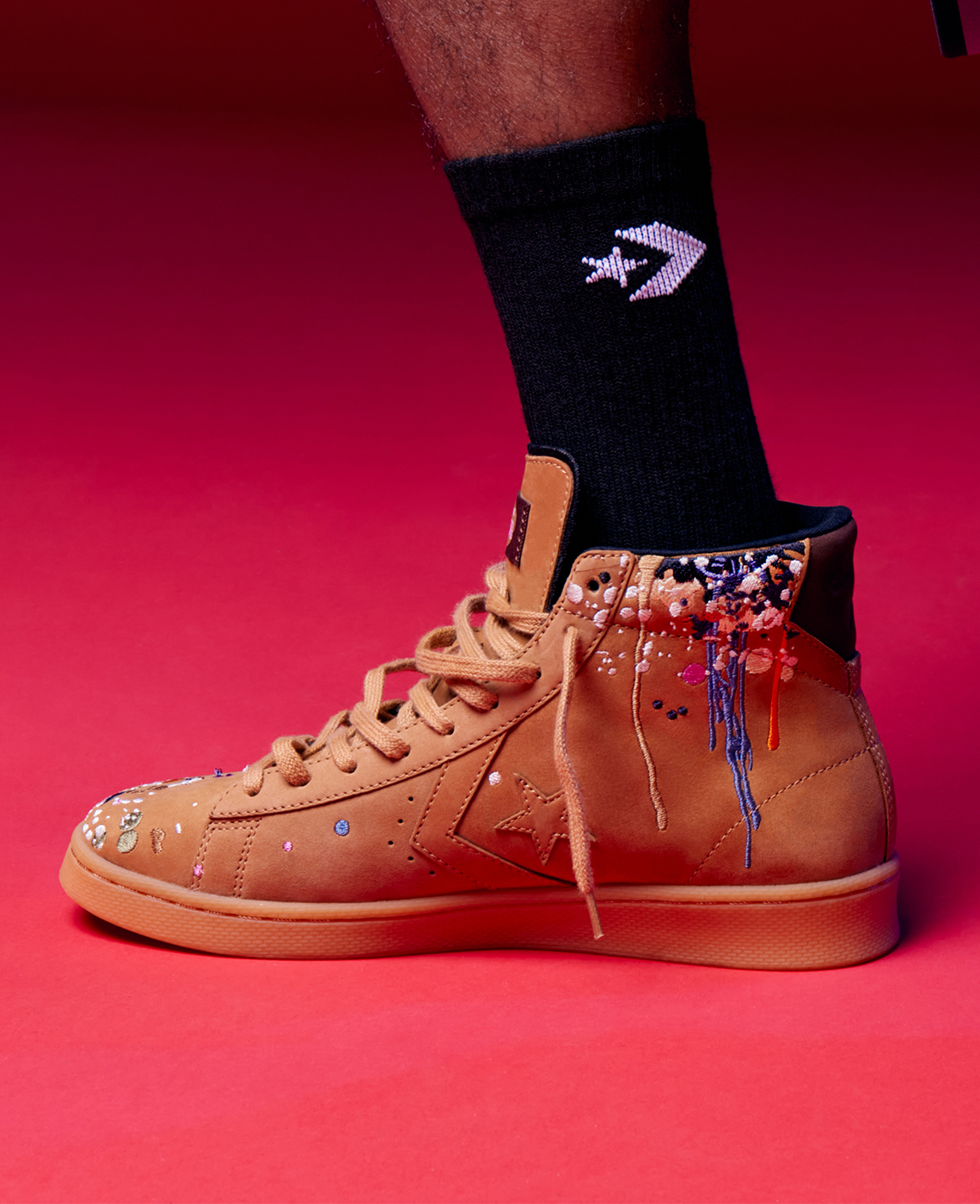 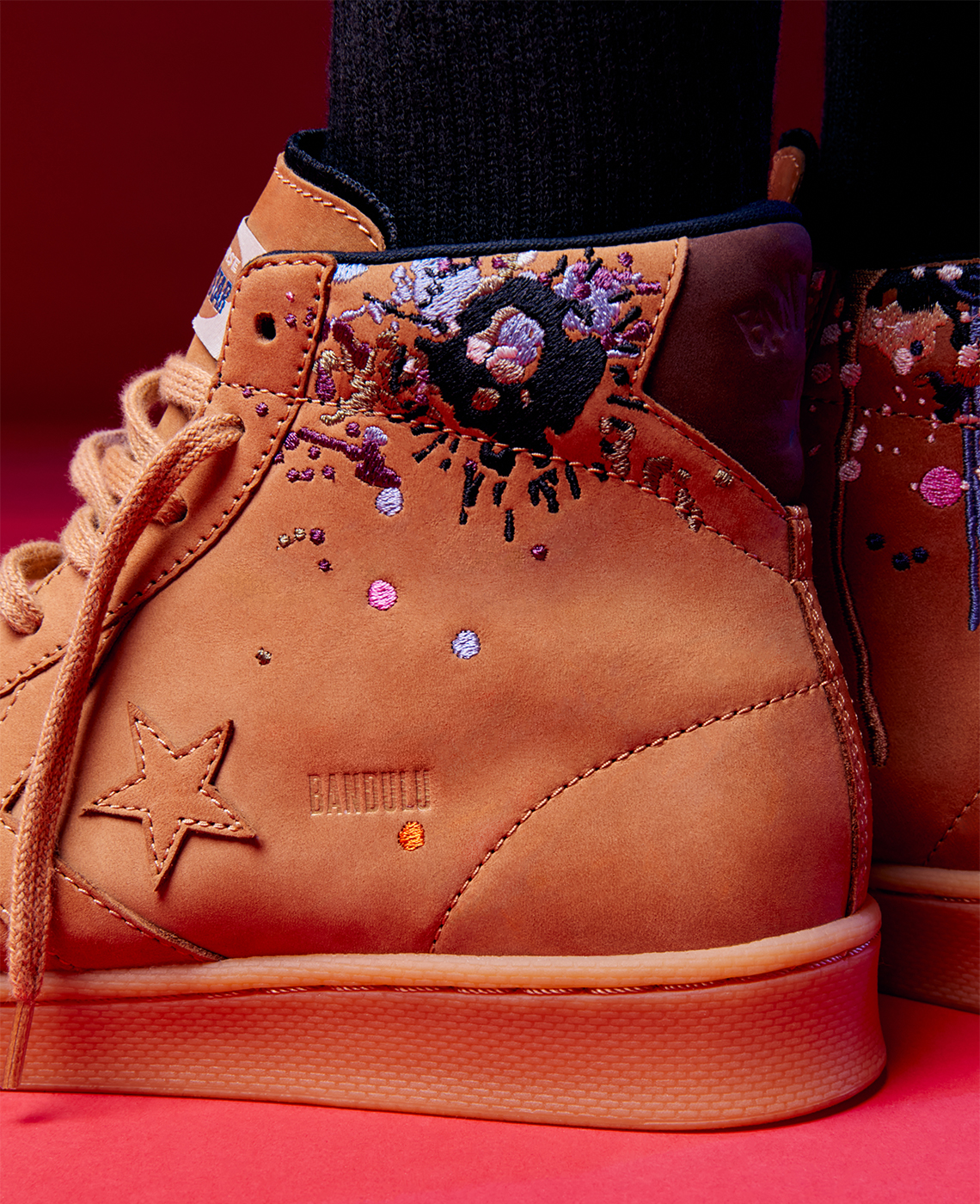 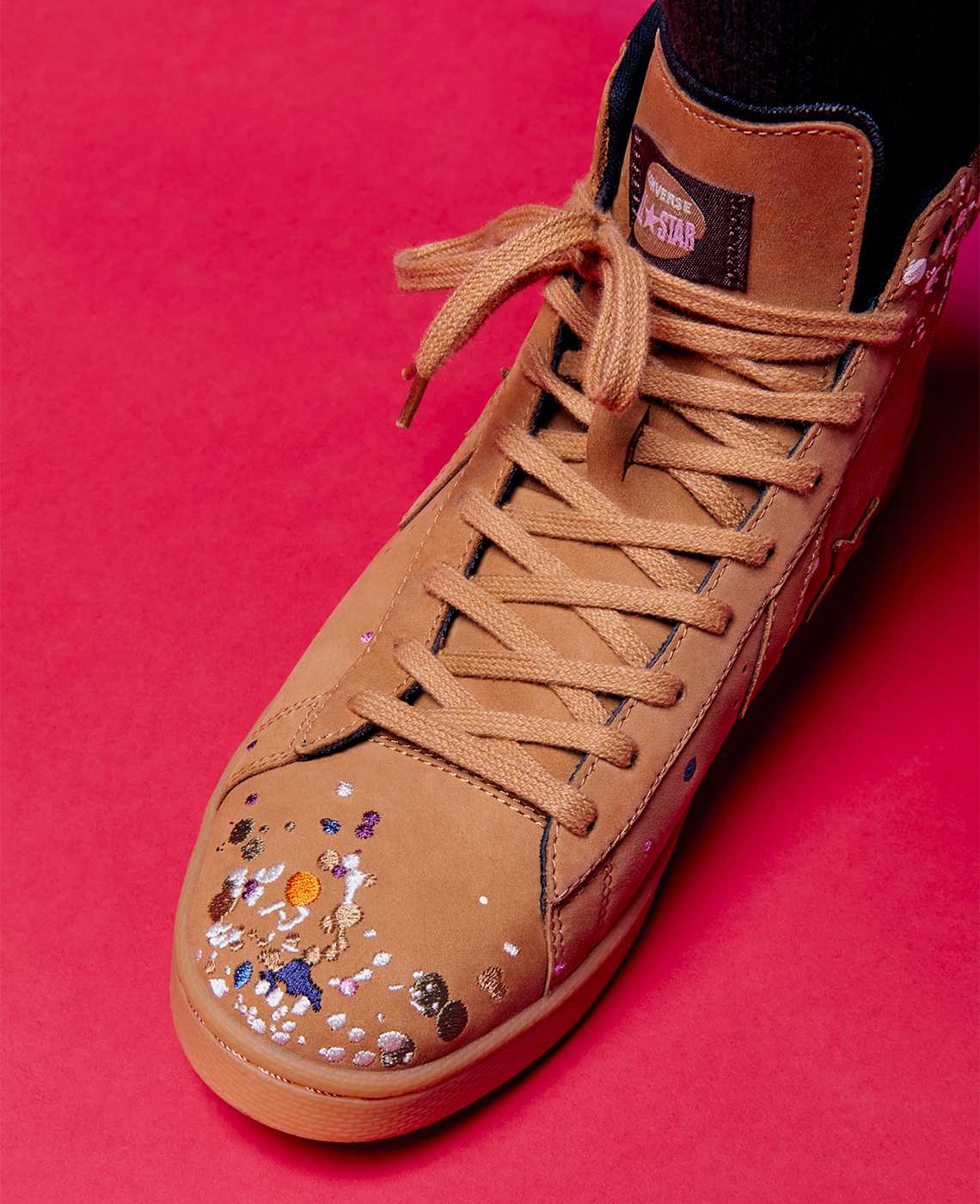 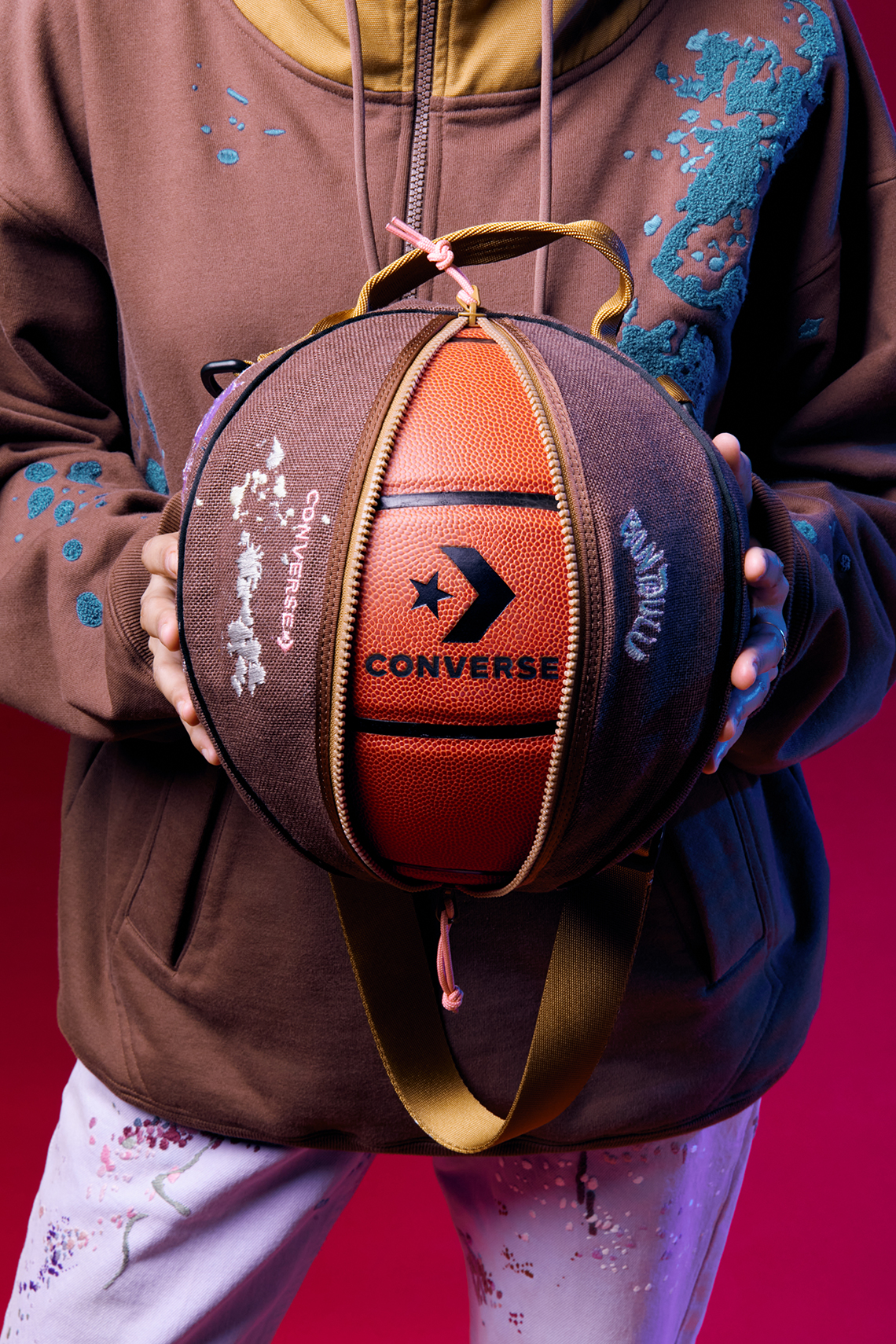 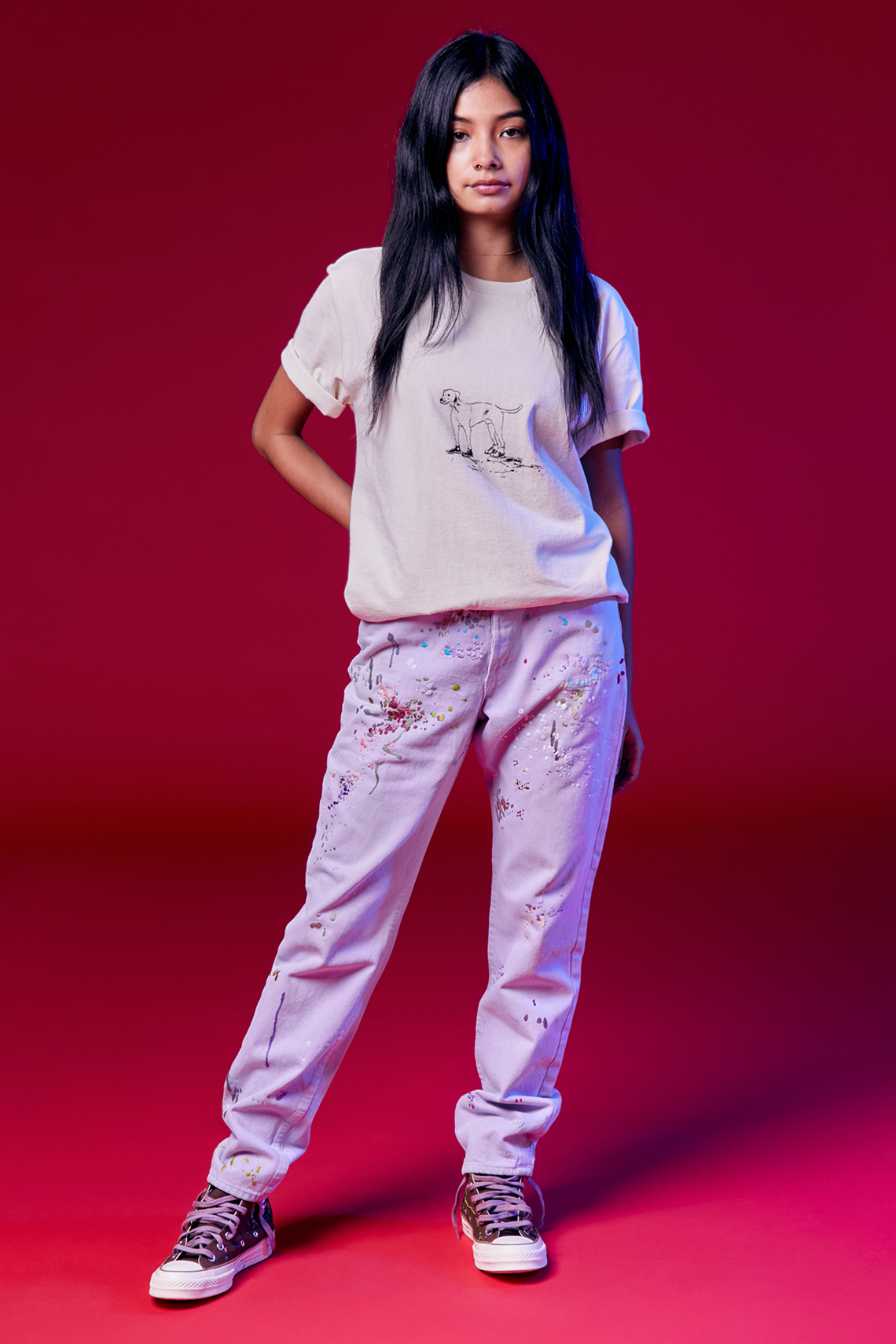 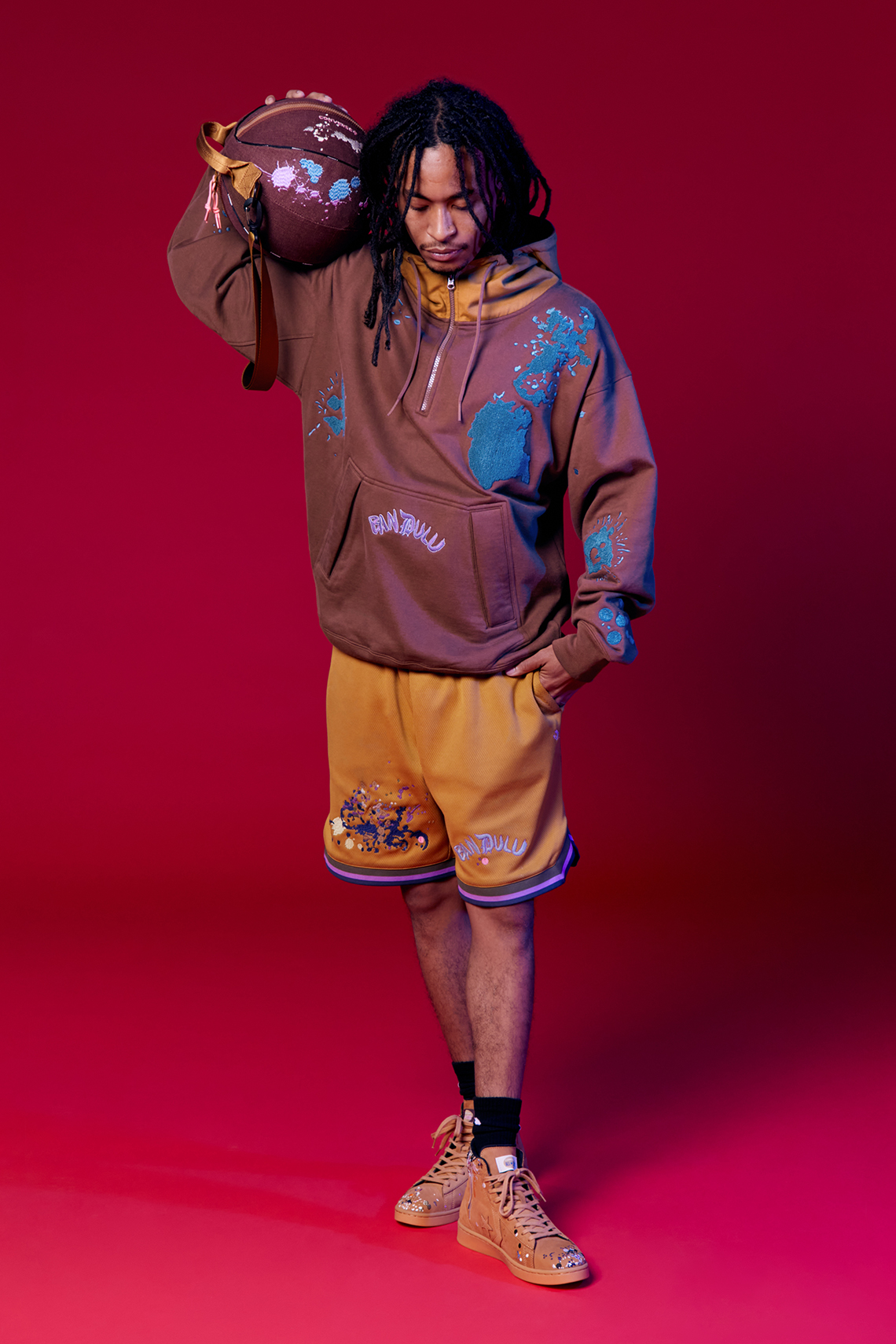 The post Bandulu And Converse Reunite For Some Embroidery-Heavy Chuck 70s And Pro Leathers
appeared first on Sneaker News.

The post Bandulu And Converse Reunite For Some Embroidery-Heavy Chuck 70s And Pro Leathers appeared first on Sneaker News.