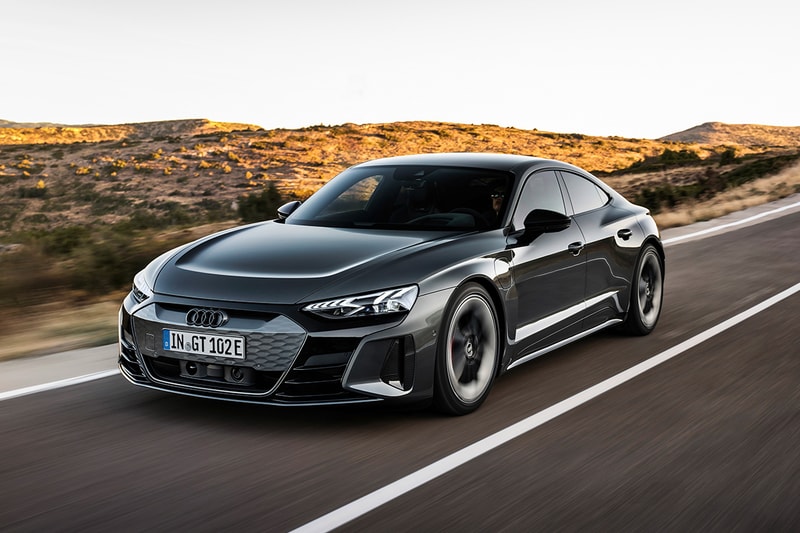 Audi has finally offered fans an official look at its highly-anticipated e-tron GT.

Debuted during a global premiere presentation earlier today, Audi unveiled two versions of its new electric grand tourer: a standard option and an upgraded RS variant. The higher-end model shares a production line with the brand’s very own R8, and its performance clearly speaks for this, churning out 646 horsepower, 612 pound-feet of torque and a 0-60 mph time of just 3.3 seconds. While not as powerful, the standard edition still comes with an impressive 530 horsepower, coupled with 472 pound-feet of torque and a 4.1-second 0-60 mph time.

In term’s of battery capacity, the car utilizes a floor-mounted battery with a gross consumption of 93.4kWh, charged via two separate ports you can choose from: an AC option and a DC option. The latter can support 270kW fast charging, allowing it to pump up from five percent to 80 percent in just 22.5 minutes. On AC, it’ll take nine hours and 30 minutes for the same amount of charging on an 11kW port, or five hours and 15 minutes on the 22kW port. To increase energy efficiency, you’ll also be able to plan your trip via Audi’s phone app beforehand, which will then tell the car to prepare its batteries accordingly.

Elsewhere in the automotive world, HGK Racing has equipped a Toyota Supra A90 with a 1,000-horsepower 2JZ engine.