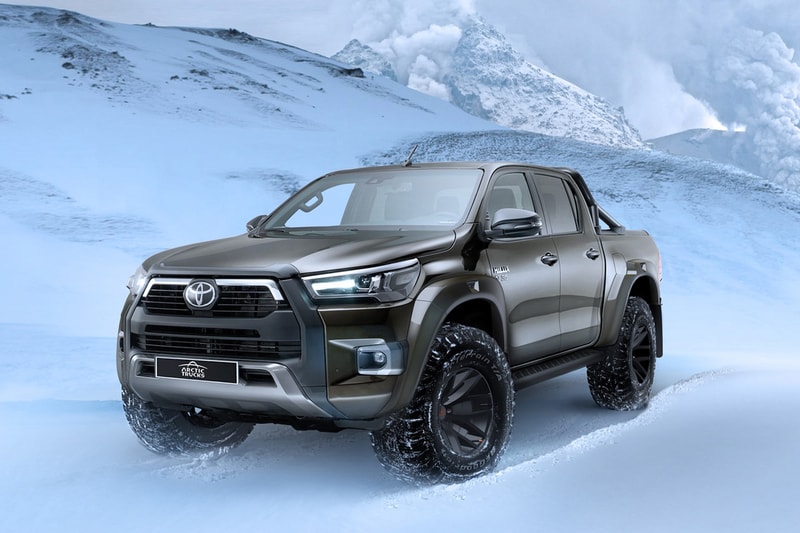 Employing the help of Icelandic off-roading expert Arctic Trucks, Toyota has now created a snowbound AT35 variant of its Hilux pickup, designed with researchers, scientists and adventurers in mind.

Using Arctic Trucks’ Invincible X model — the company’s own already-modified Hilux — as its basis, the two automakers reworked the vehicle with even more specialized tech and specifications, allowing it to tackle even the harshest terrains on the planet. To give it better clearance and stability, the vehicle’s ride height was raised by 2.5 inches, while the approach and departure angles now measure in at a greater 38 and 29 degrees. A new suspension system jointly developed with Bilstein has been installed, paired with 35-inch all-terrain housed under raised wheel arches.

As for power, the AT35 takes on the standard 2.8-liter turbodiesel four-cylinder engine, capable of pushing out a 204 horsepower and a robust 369 pound-feed of torque through all four wheels using a six-speed automatic transmission. Its maximum payload has been increased to 2,321 pounds while towing capacity tops out at 7,716 pounds.

There’s currently no pricing information for the Hilux AT35 yet, but it’s currently being offered by Toyota in England, so those interested should stay tuned for more updates coming from the automaker.

In other related news, Nissan has unveiled its modernized, 2022 Frontier pickup.