If you look at the past week, the Nike Blazer Mid ’77 is sure to have popped up at least a handful of times. With paint covered make-ups, suede SBs, and much more, the silhouette is expanding at a rapid rate and it’s not slowing down one bit. Today, yet another colorway has surfaced, this pair a rehash of the “Indigo” diagrams employed about four weeks ago.

Though quite a bit of this new rendition is identical to the original, there are a few outstanding tweaks to the formula. For example, the Swoosh as well as the back tab have opted for a light blue instead of a navy, their canvas likely dipped far fewer times than the older counterpart. Elsewhere, white shades run replete throughout the construction, matching most fixtures like the lace unit, midsole, and toe with a few exceptions. These being the cork tongue and heel trim, the textbook styled embroideries, and the patterned dubrae.

Grab a close-up look at these Blazers here and sit tight for their release at Nike.com and select retailers.

In other news, have you seen the Jordan 1 Flyease Cool Grey? 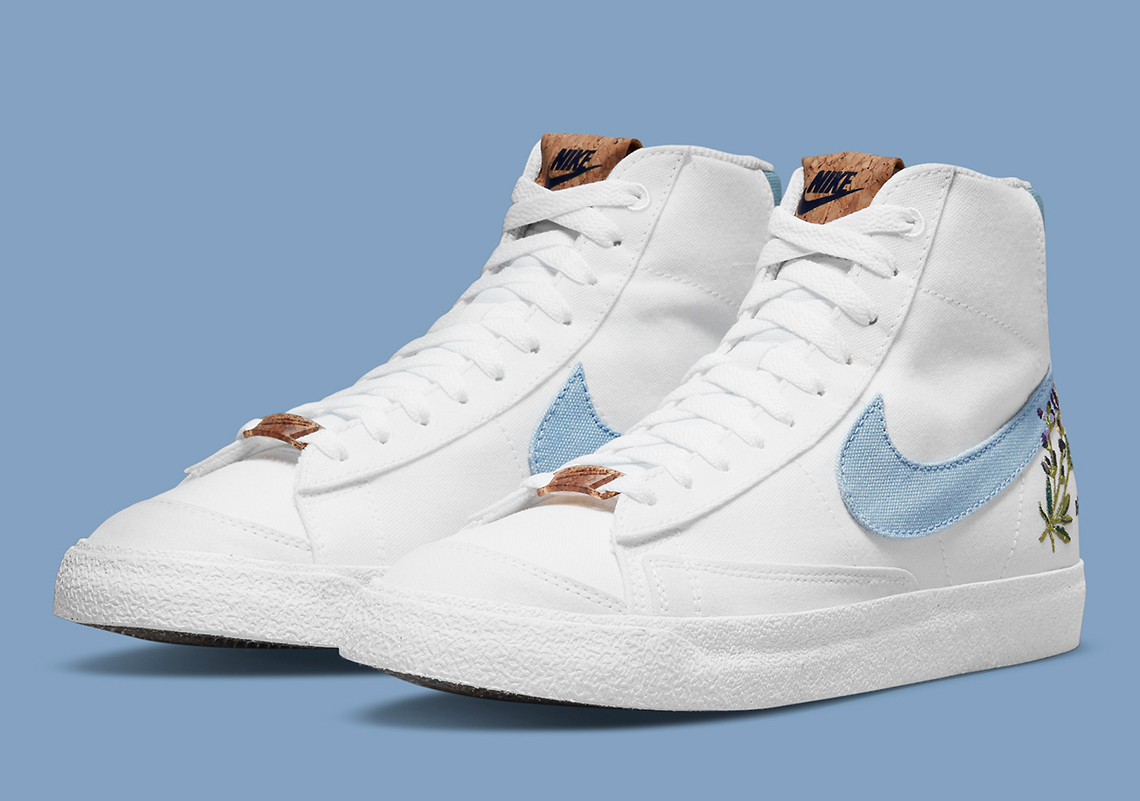 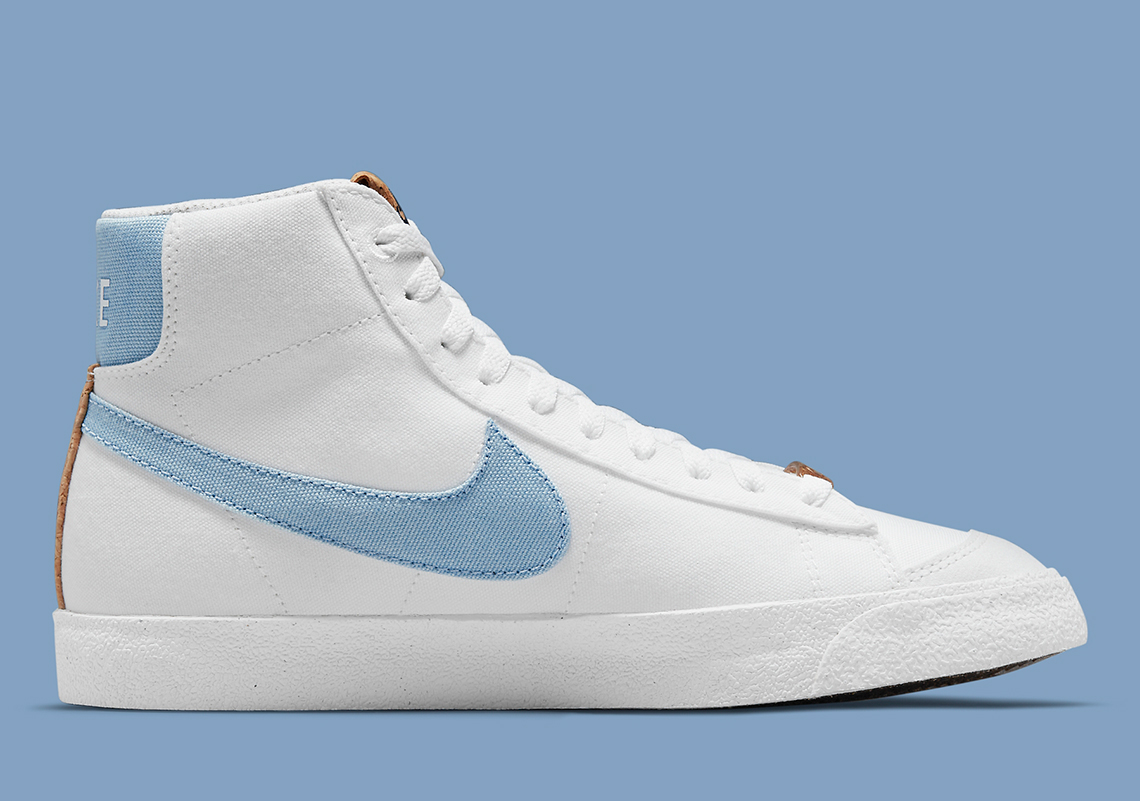 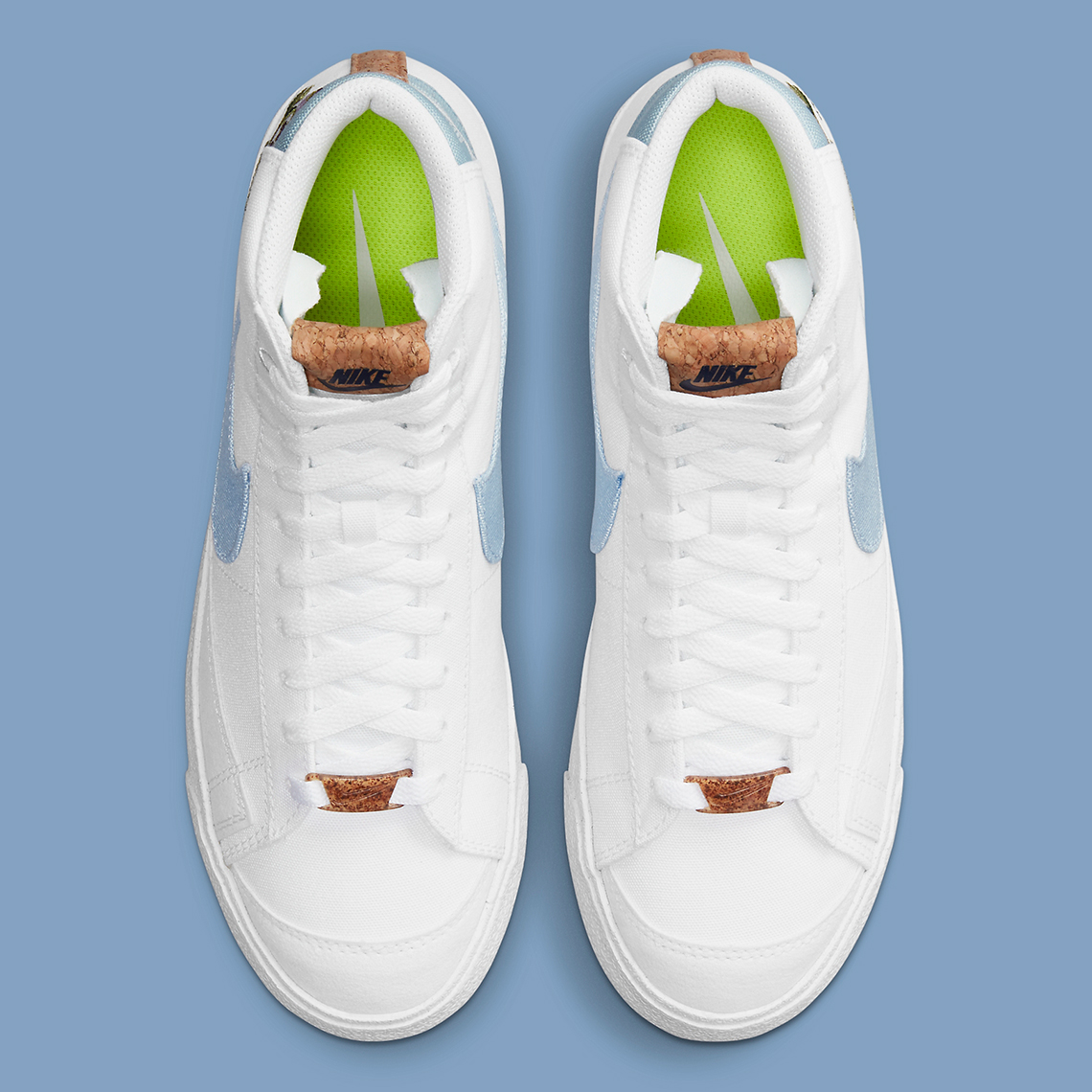 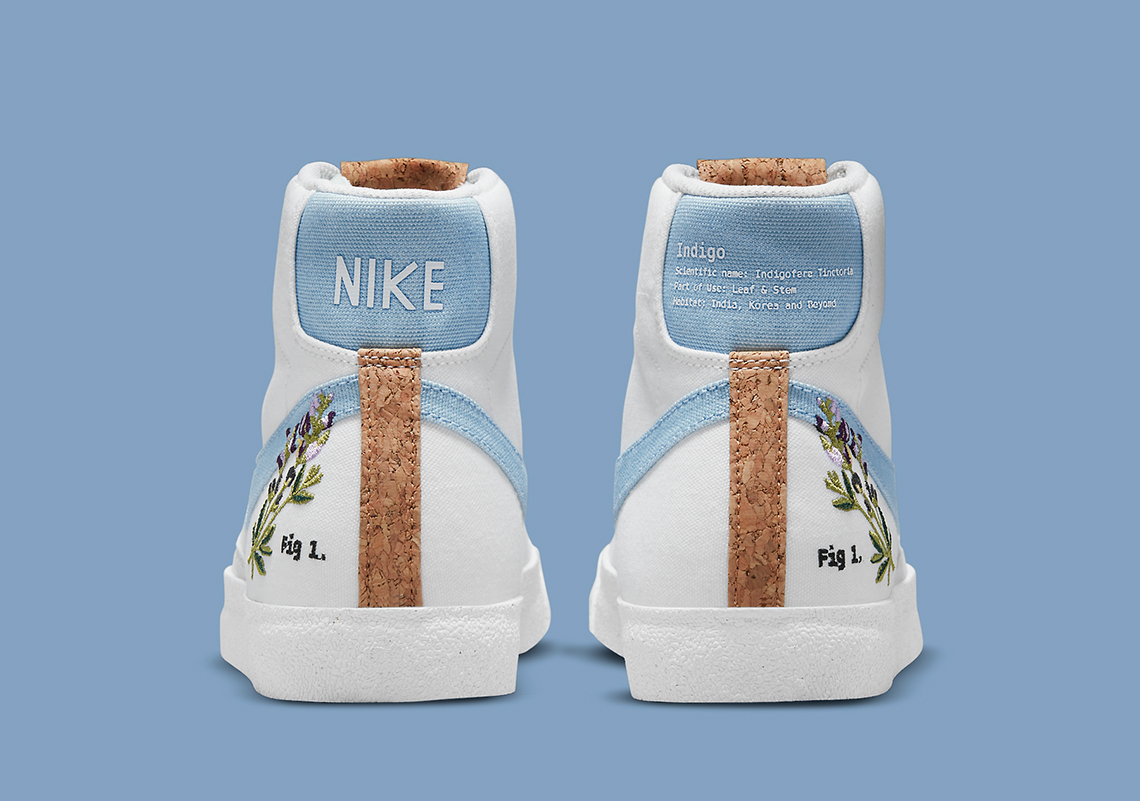 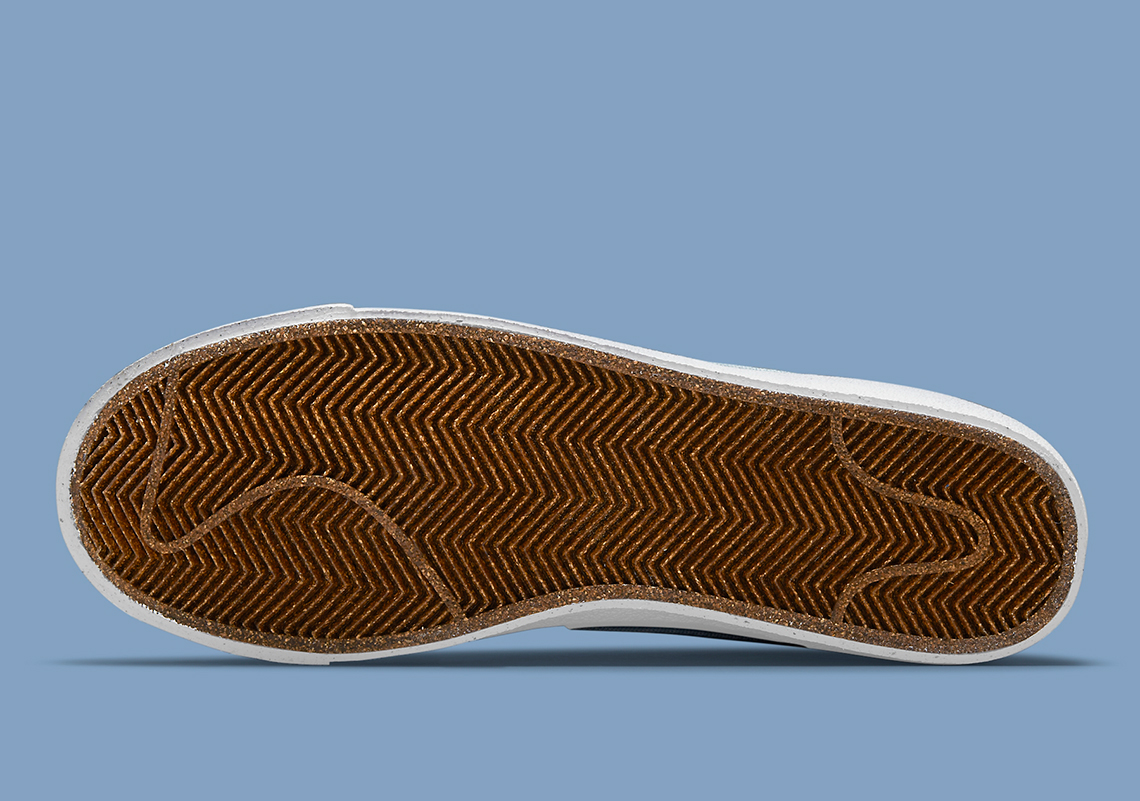 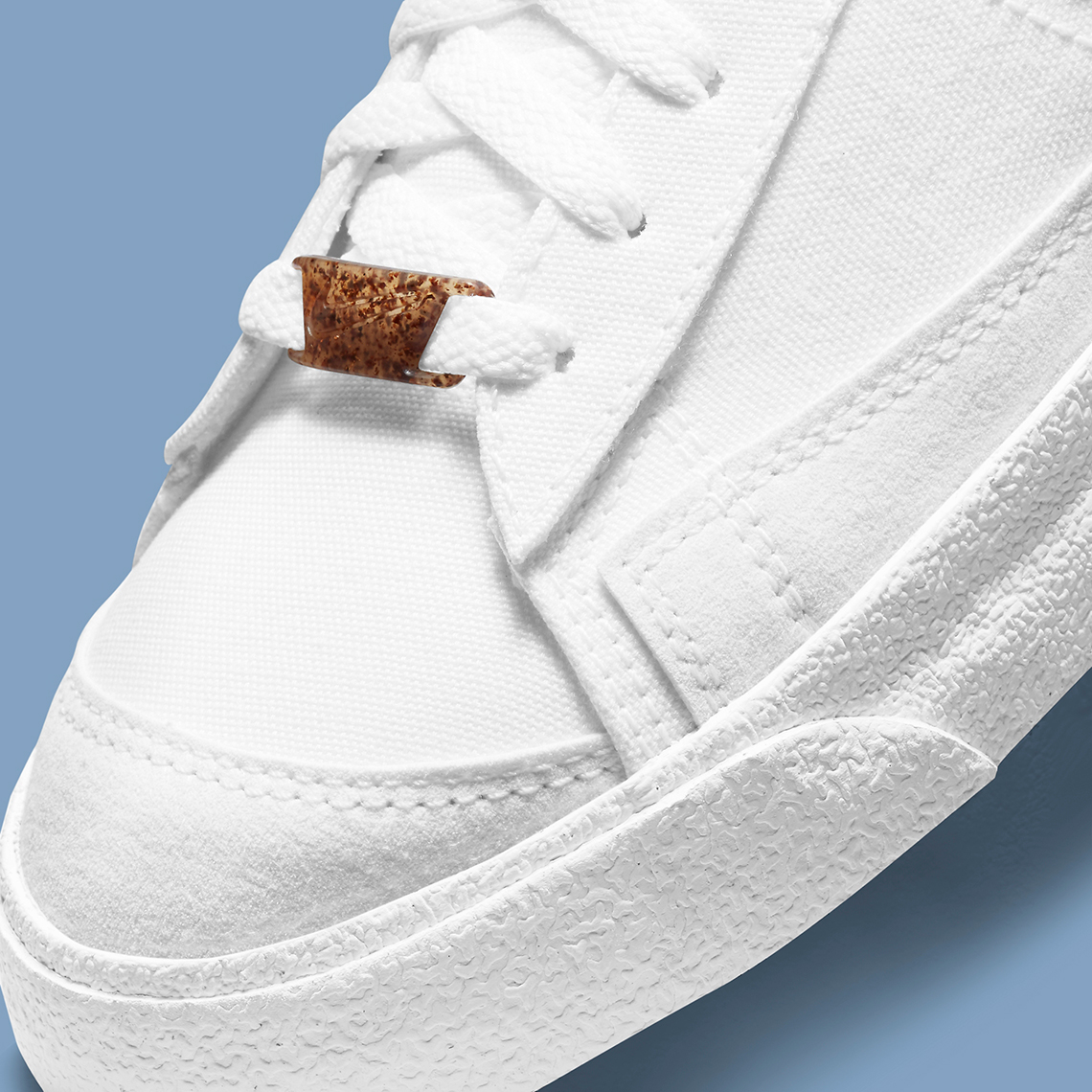 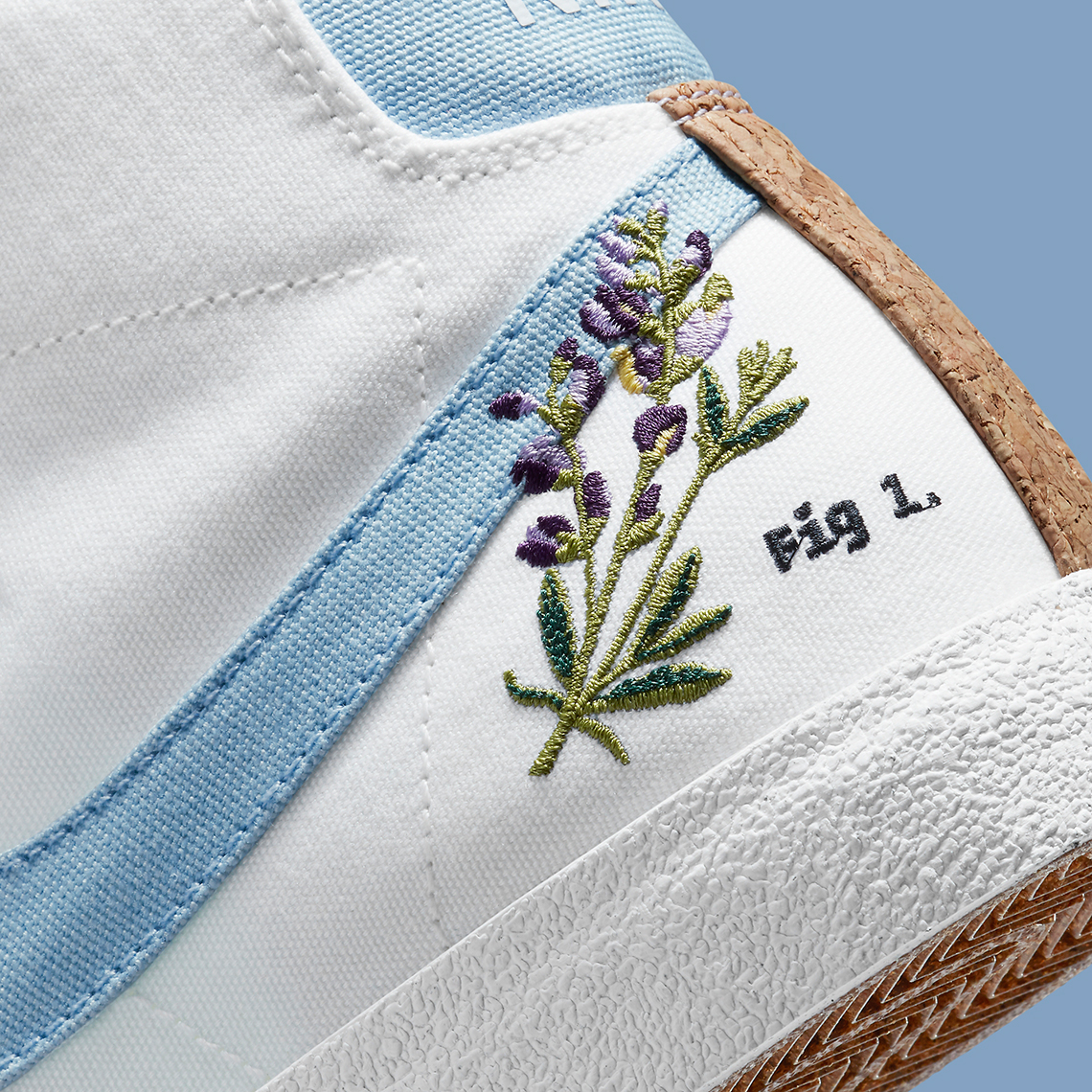