With the likes of the vintage Hike Nike man to the newer caffeinated cat chilling on models such as the new Air Max 97, Nike has built up a roster of original, animated mascots to create playful sneaker packs. For a new Air Force 1, the brand reuses its famed “Have A Nike Day” smiley face while adding glow-in-the-dark details.

This women’s-exclusive sees its smooth leather uppers dipped in Barely Volt. A black side swoosh lays atop, with two plastic elements placed above as eyes to recreate the Swoosh-smiled mascot popularized by Sean Wotherspoon. The usual metal lace dubrae has been swapped out for a neon green acrylic tube with “AIR FORCE 1” printed in black. Changes to customary logos are also found on the tongue label and heel tab, in which the “AIR” texts opts for a curlier, whimsical font. To amp up the fun factor, the heel tab uses a translucent rubber material that glows in the dark. The green outsole embraces translucency as well, as the iconic happy face peeks from underneath. The character appears once again in the insoles, finishing the cheery design.

For more from the Force, check out this popcorn-inspired Air Force 1. 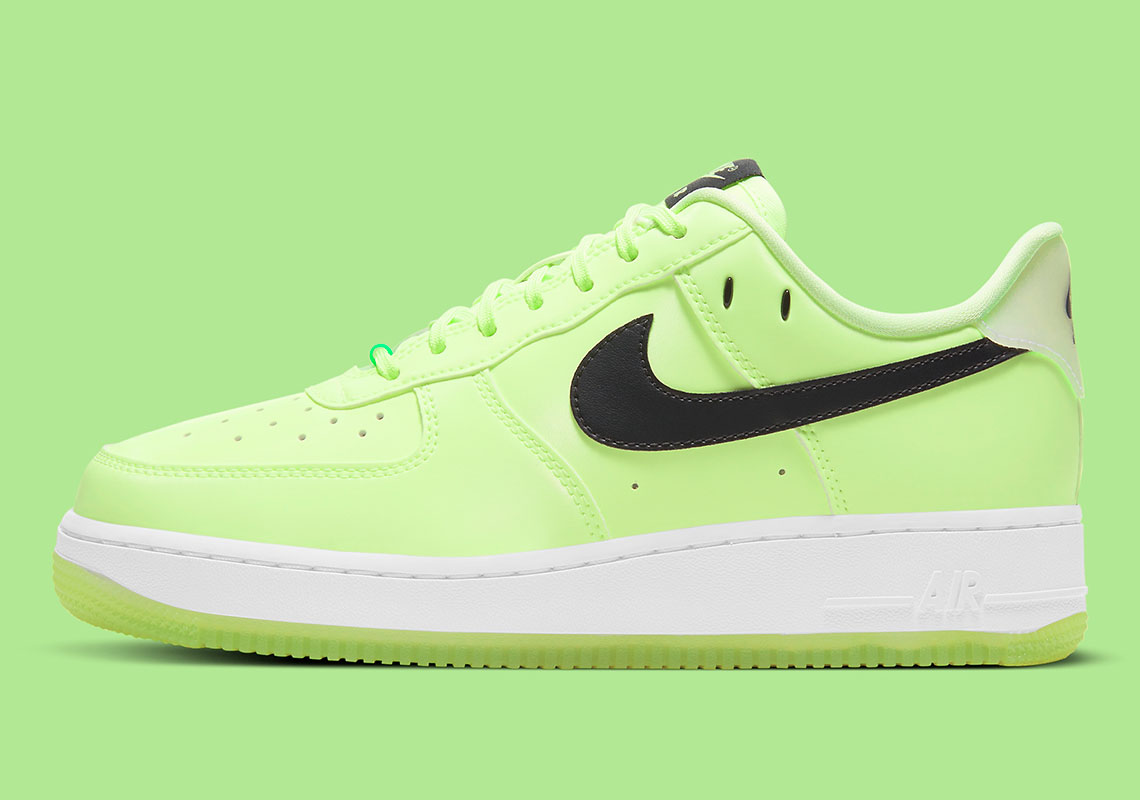 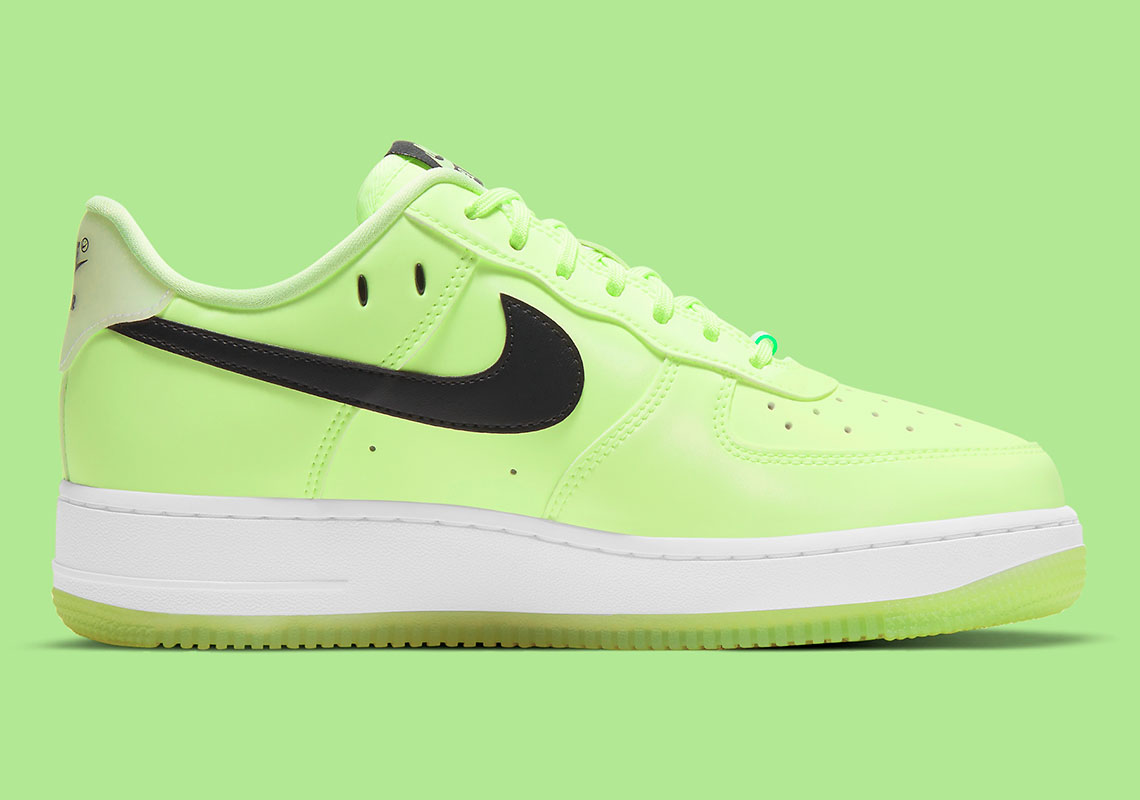 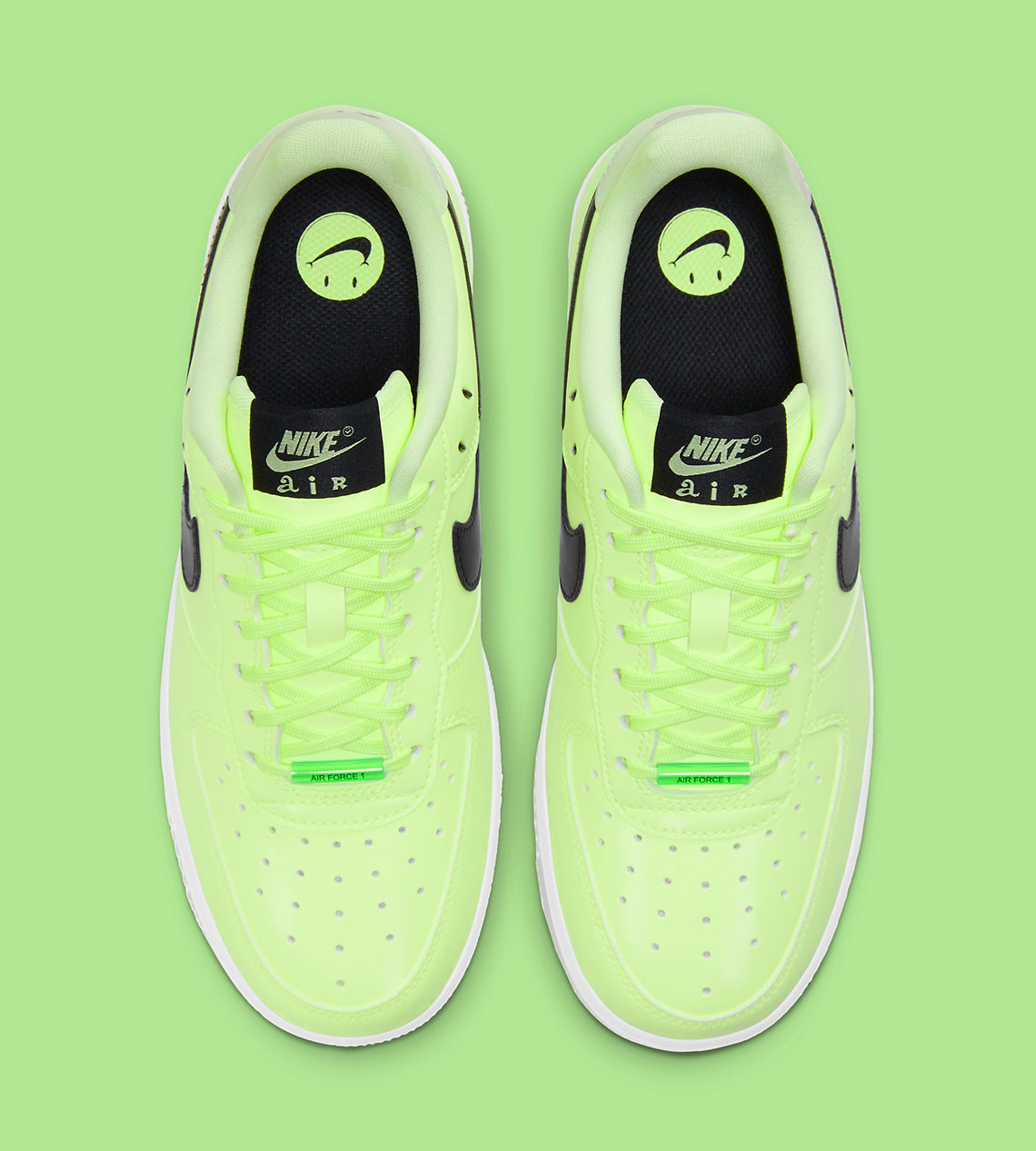 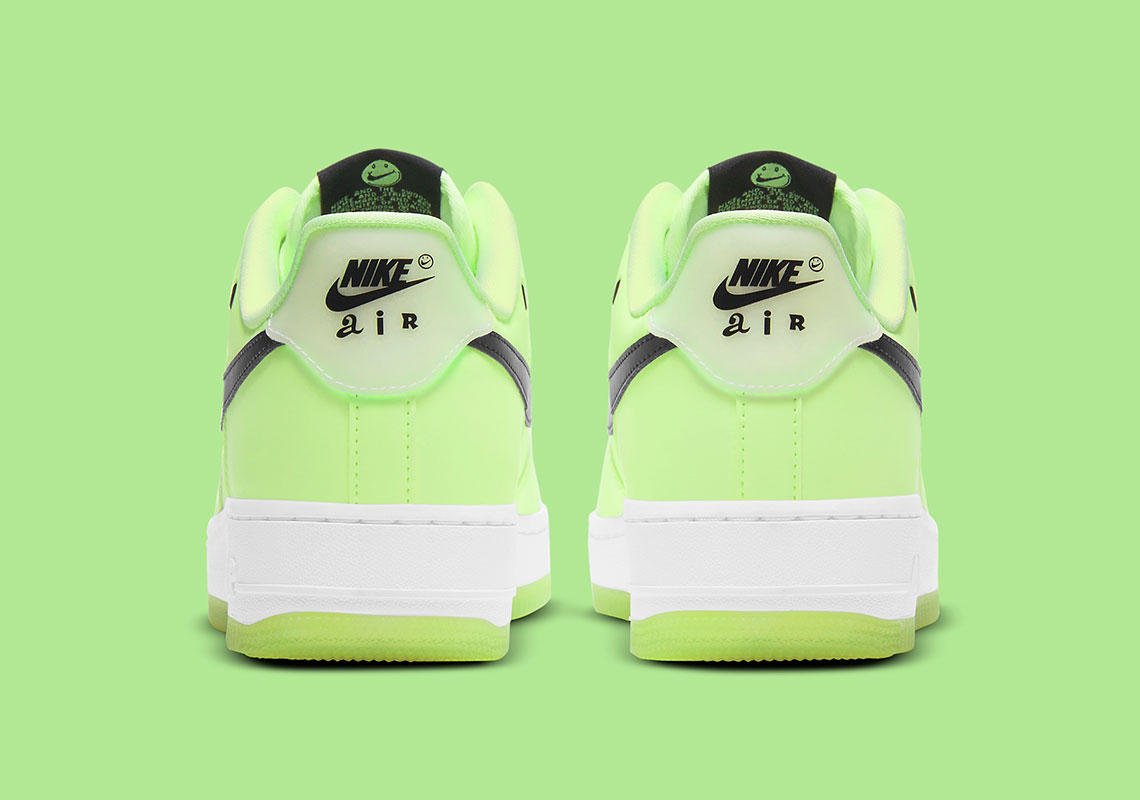 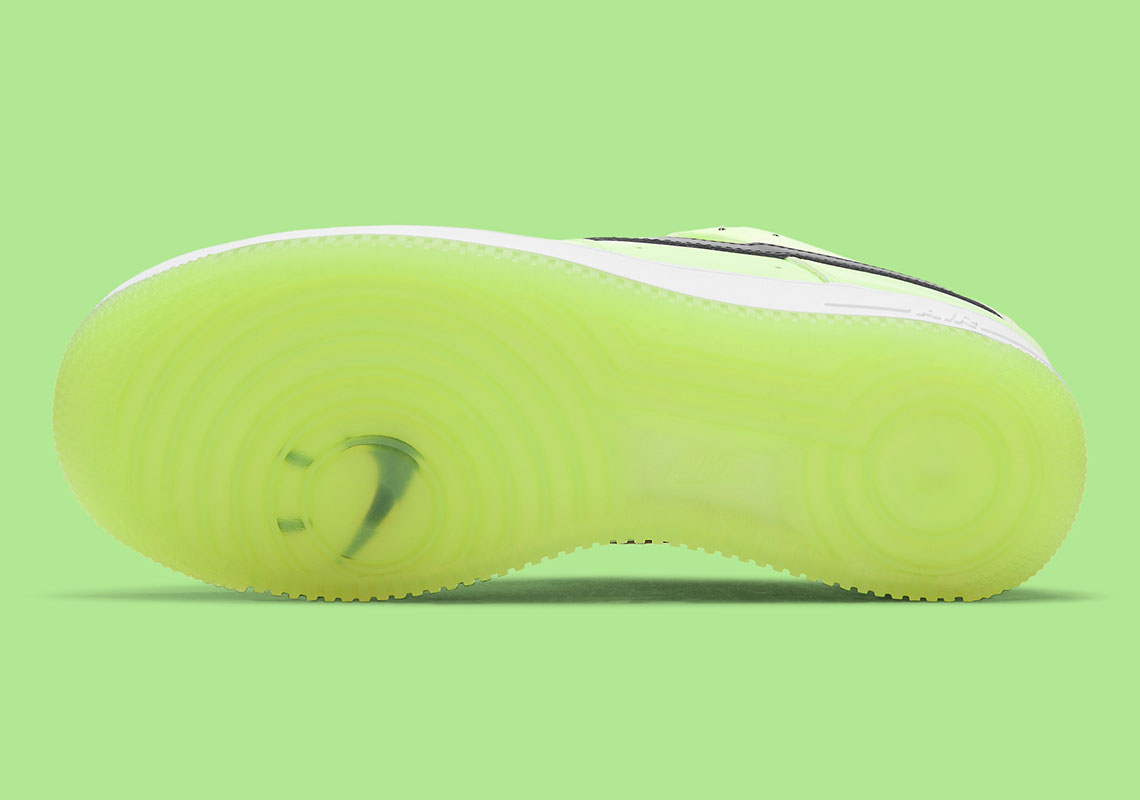 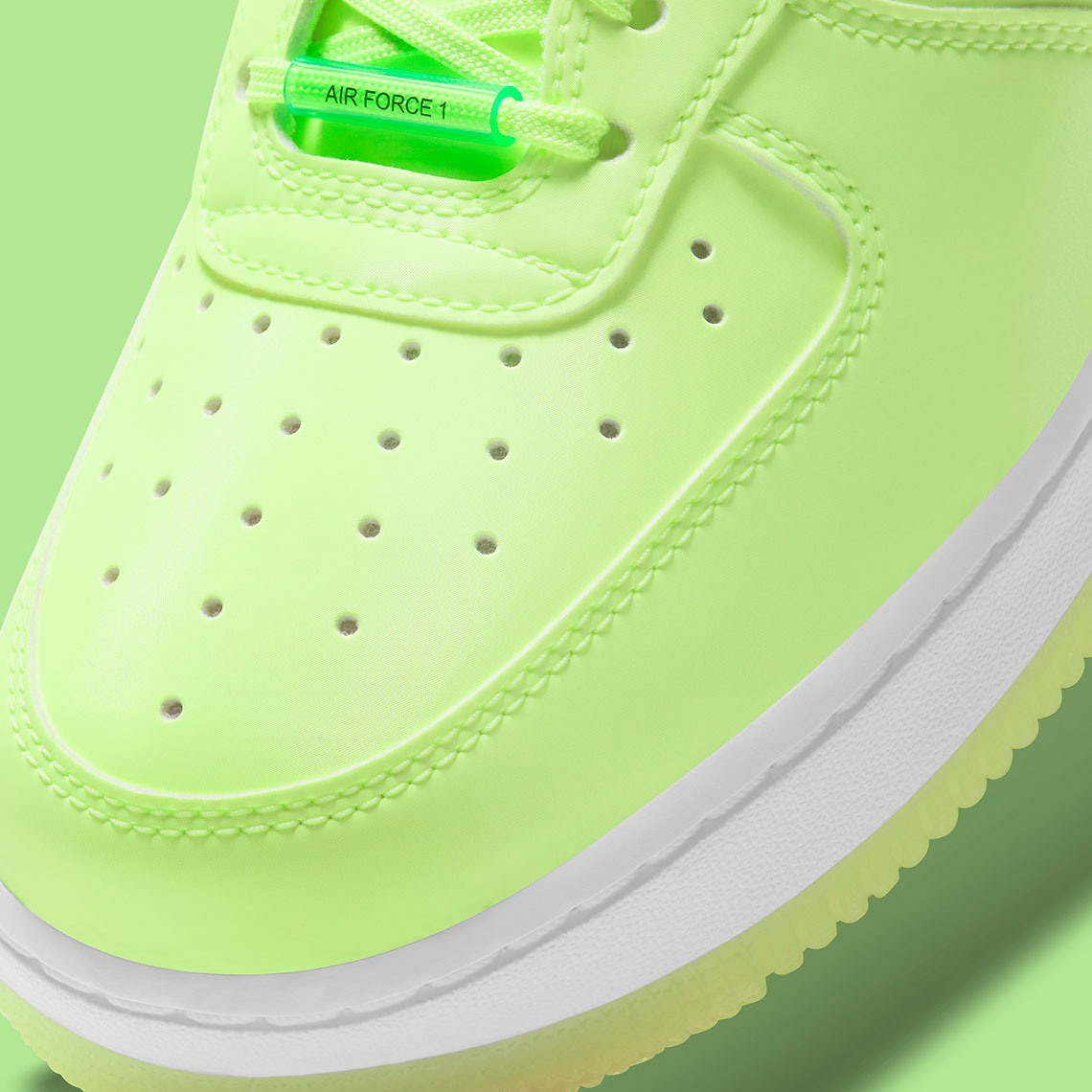 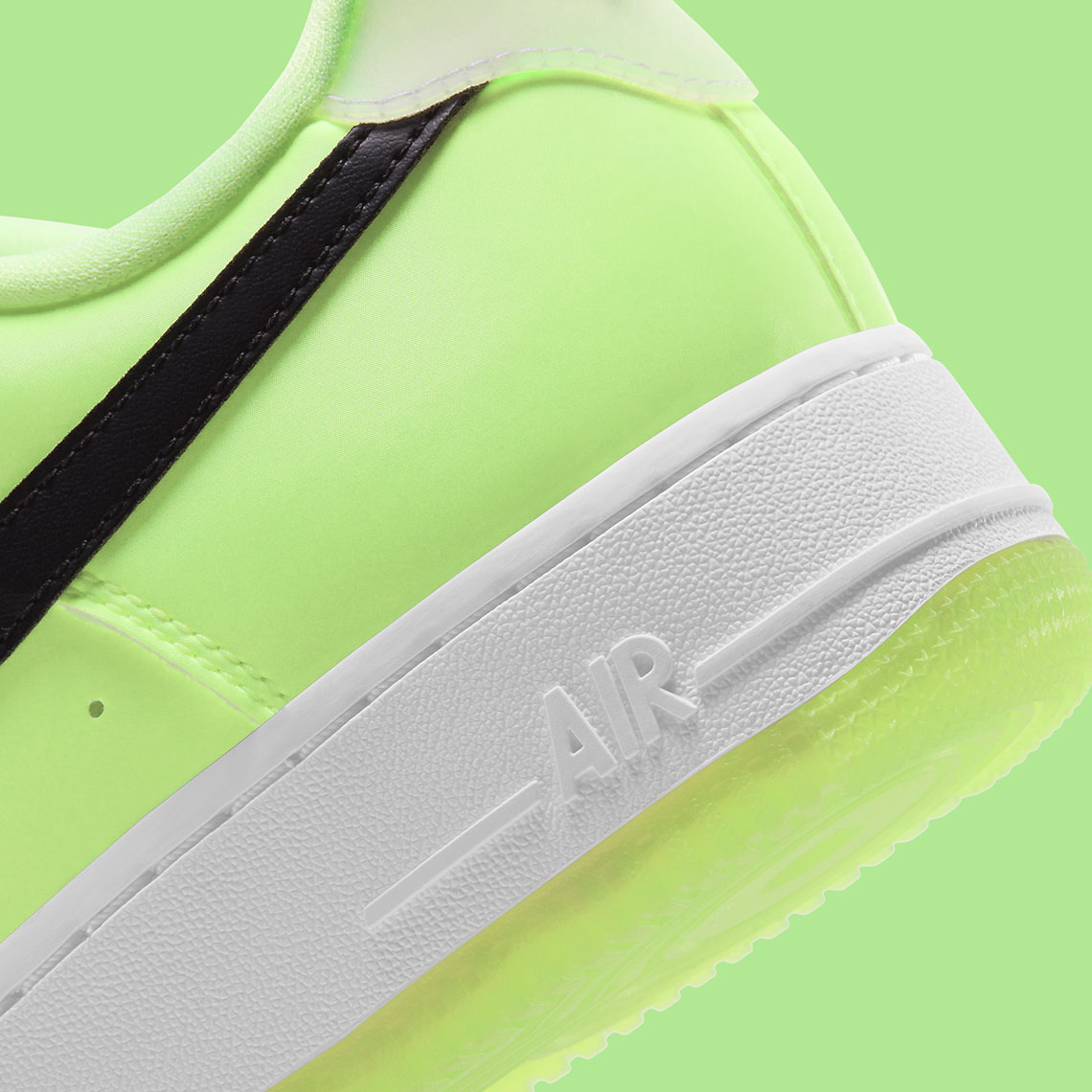