Near exclusively offered overseas, Guo Ailun’s series of Jordan collaborations continues to expand as the line-up itself does. Following the Air Jordan 35‘s reveal, the Chinese athlete was one of the very first to receive his own PE. And soon, Ailun is to christen yet another silhouette: the slightly modified and newly introduced Air Jordan 35 Low.

Like the releases before it, the PE follows a theme quite emblematic of the perceivable Guo Ailun brand. As such, most of the upper relies on the very same aqua blue used many a time prior. It’s applied right atop the tongue — whose metallic fixtures brand with both the player’s and the brand’s insignia — as well as the instep, laces, toe, and much of side profile. Over top that, white leathers offset the louder accents, dressing the eye stay, perforated counter, and sole with a few embroidered and speckled details of its own. Elsewhere, you can also find some Chinese text on the heel whose stitch compliments the insole’s own color.

Grab a detailed look at these right here, and if they’re set to release, it’ll likely only be in Asia. Sit tight for further info.

In other news, images of the Air Jordan 12 Easter have surfaced earlier today. 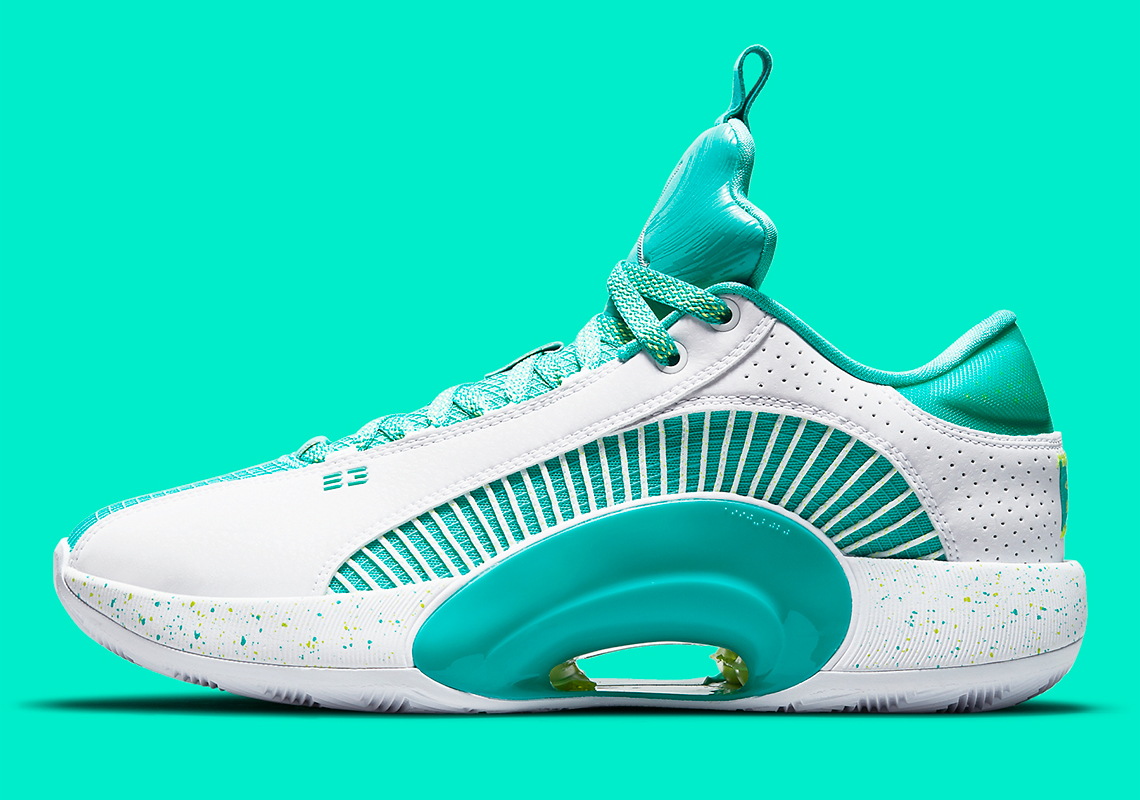 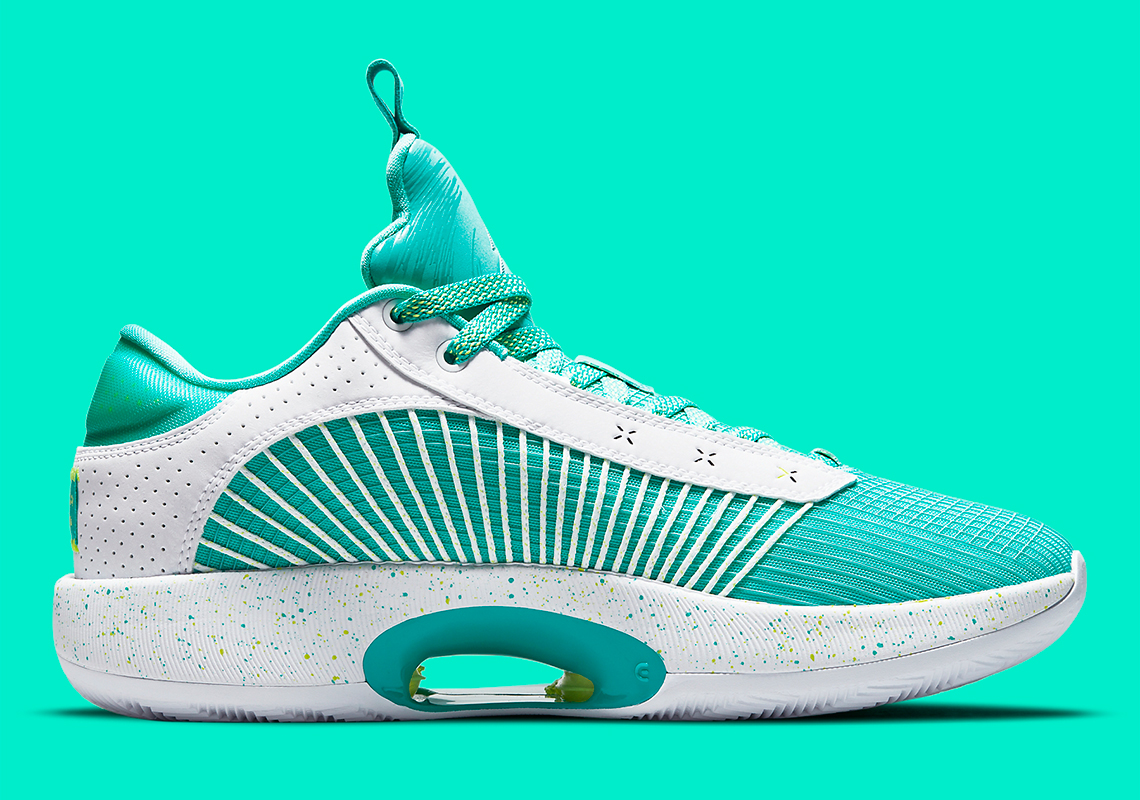 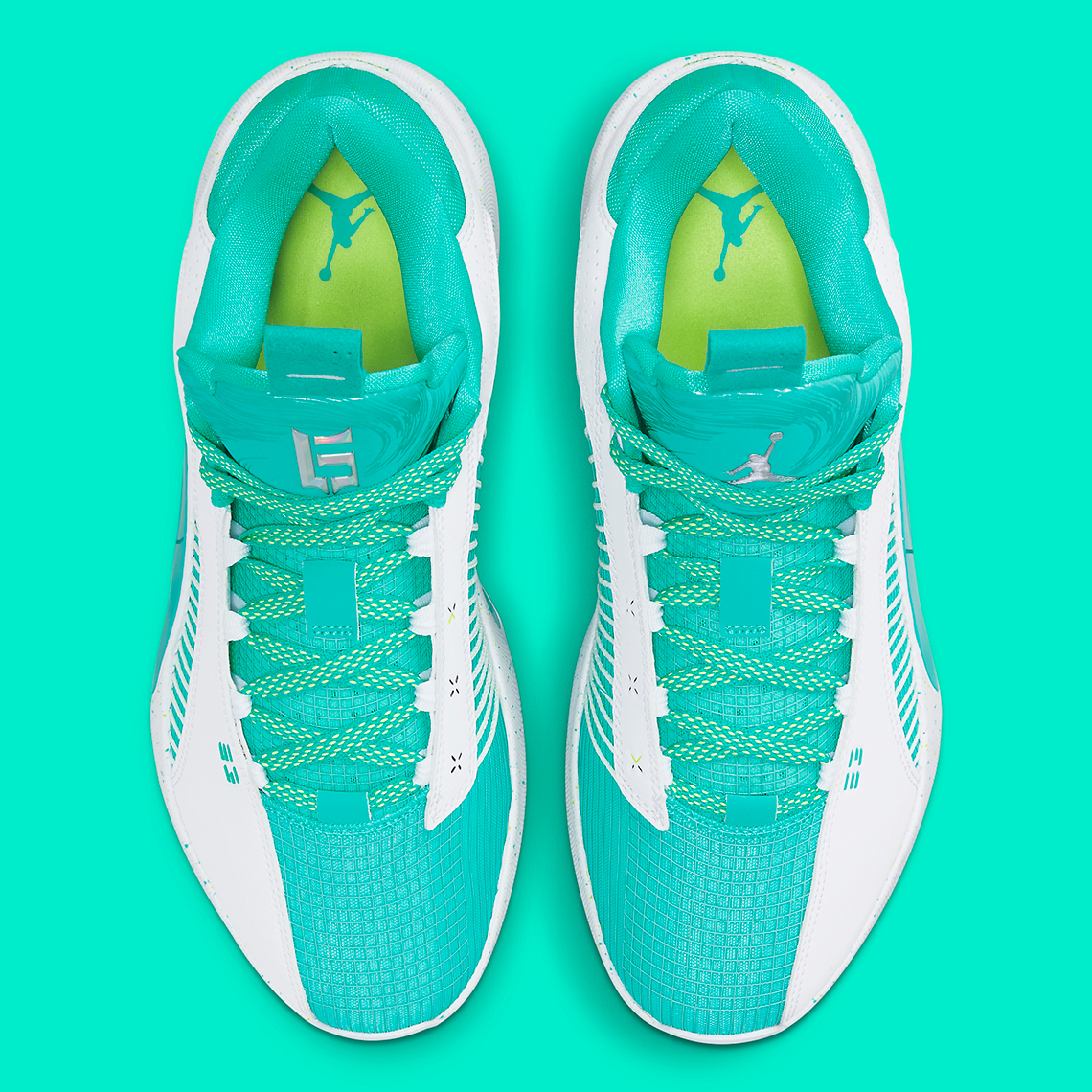 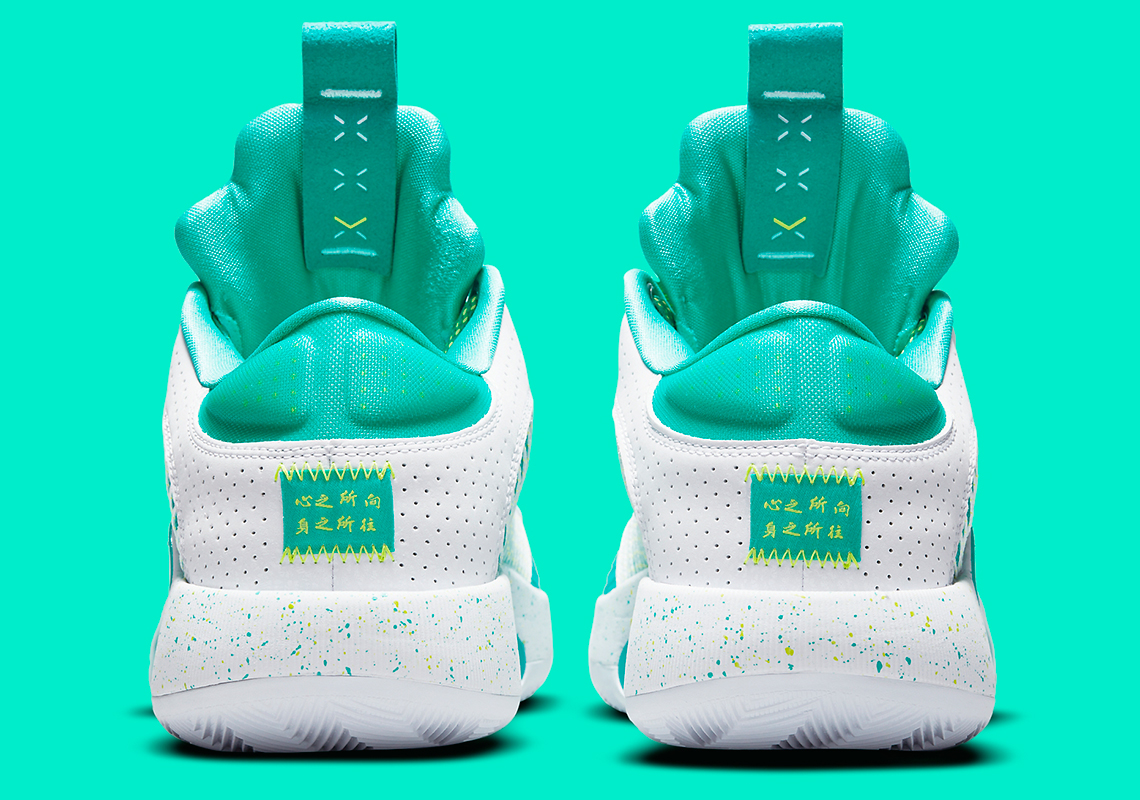 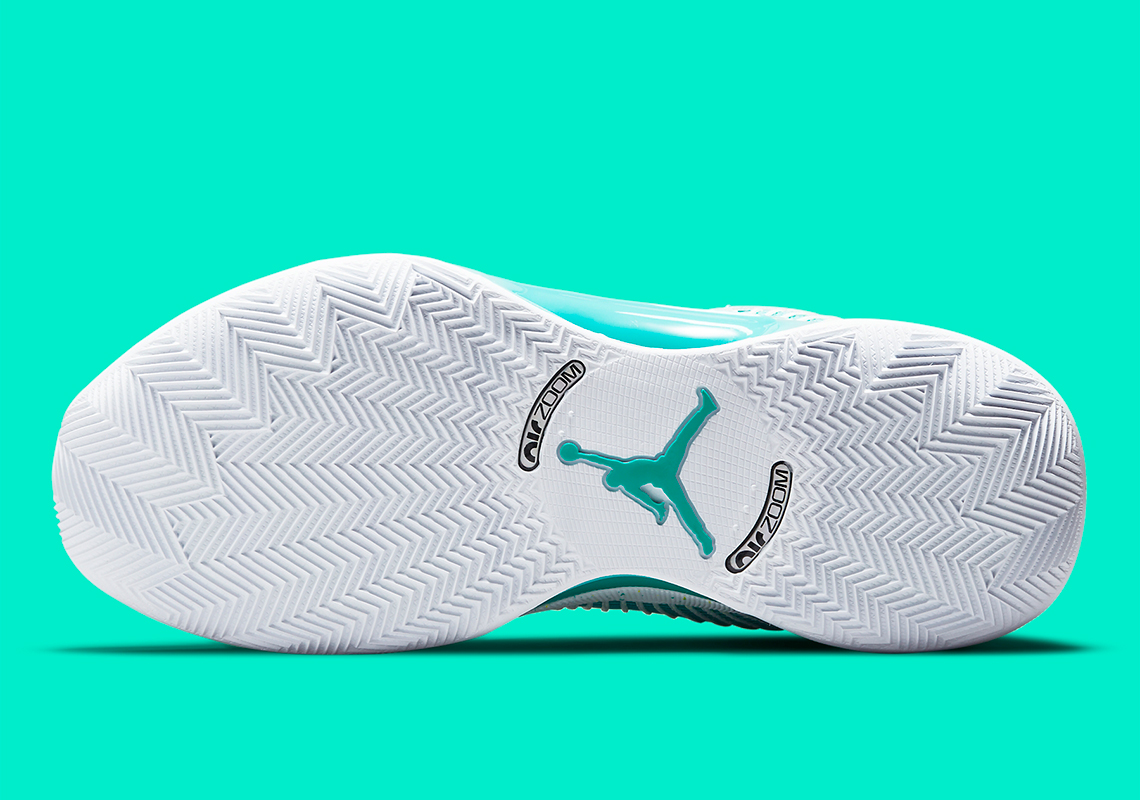 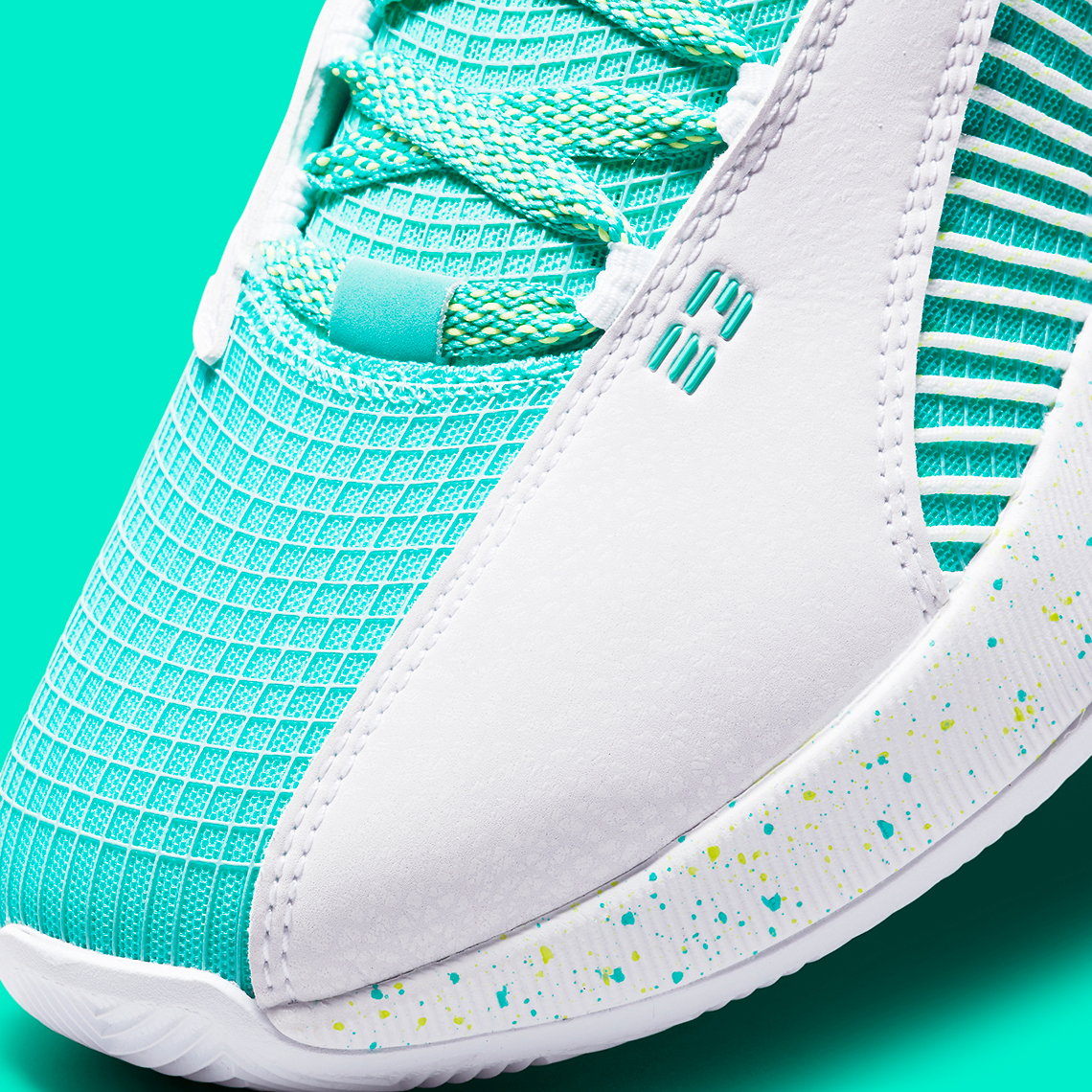 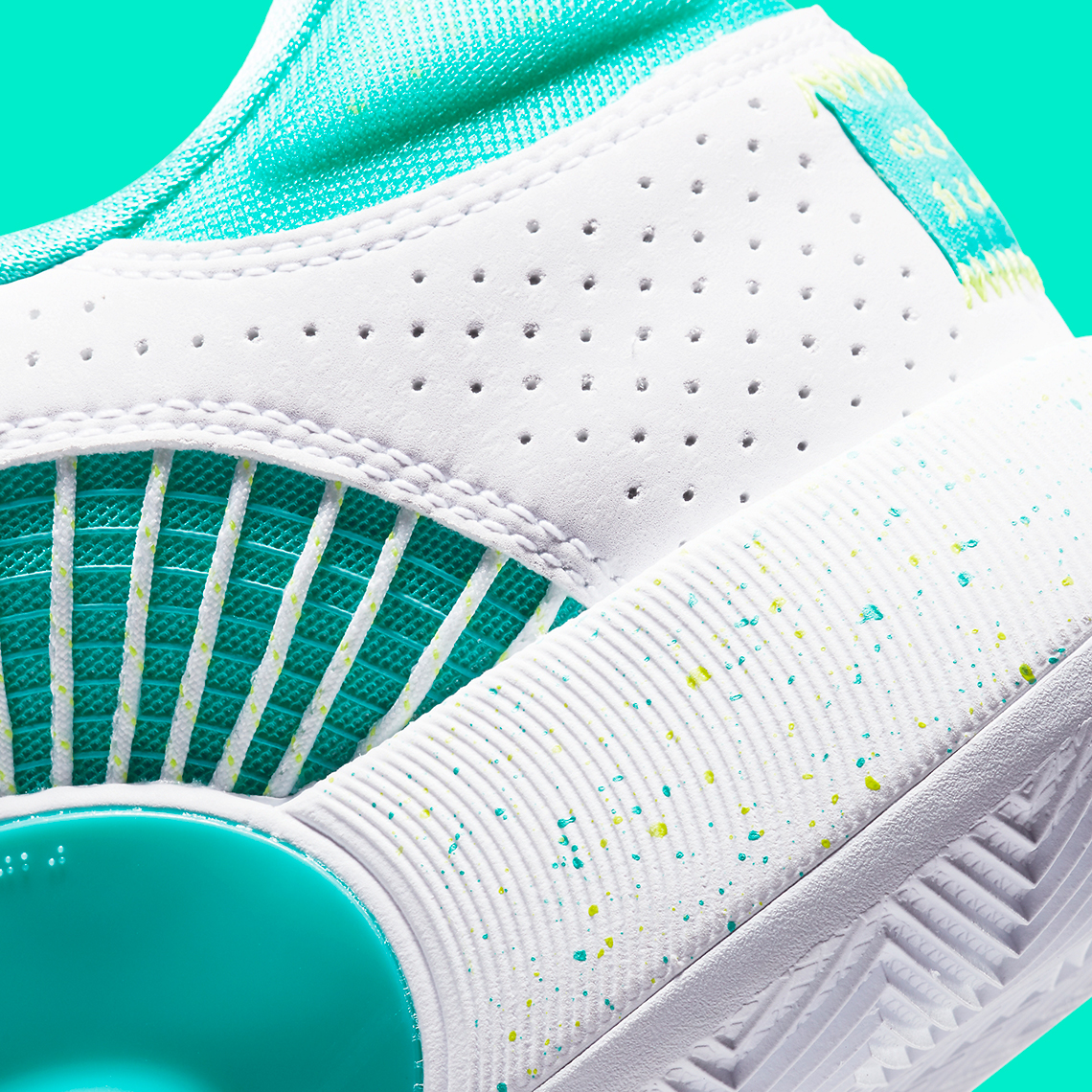