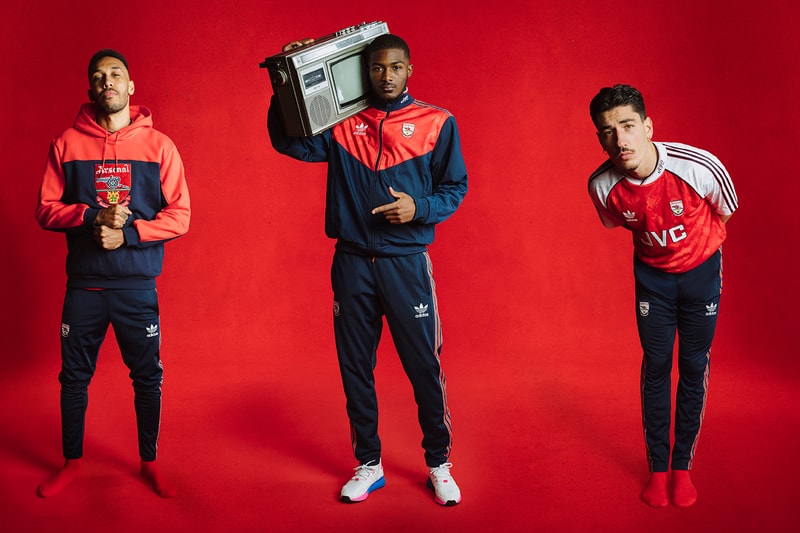 adidas Originals has continued its ongoing relationship with Arsenal, releasing a capsule inspired by the London club’s time with adidas between 1986 and 1994. The five-piece collection features a rain coat, hoodie, tracksuit tops and bottom but arguably the stand-out item is the recreation of the home jersey worn by Arsenal between 1990 and 1992.

This capsule is the second retro-inspired apparel collection released by Arsenal and adidas Originals since they announced their partnership in 2018. The 1990-1992 home jersey pays tribute to the team who won the league in the 1990/91 season, laying the groundwork for Arsenal’s success in subsequent years. This kit was also one of the final times that adidas Originals’ Trefoil logo was ever worn on the pitch.

Other pieces in the collection also celebrate features from Arsenal’s history. The tracktop proudly features Arsenal’s “Gunners” nickname on the reverse, while all of the other pieces feature Arsenal’s crest from the time and the signature gothic font.

The full collection is available now from the adidas web store.

Then and now. Always Original.

? Desire – Under Your Spell pic.twitter.com/dnAZB4Dim6