Perfect for those nights where you have to thoroughly distract yourself from watching a slideshow of your in-laws’ vacation, the “Flaming Homer” was invented by the patriarchal hero himself after noticing his fridge was bone-dry of Duffs. This unhinged concoction, with a final touch of children’s cough medicine and an inadvertent flambé, turns out to be among his greatest personal achievements of the entire series as his dire need for impairment revealed an alchemic touch in unwitting mixology.

Being the generous friend that he is, Homer lent his recipe to close pal and watering hole purveyor Moe Szylack as his business was ailing due to poor beer sales. Moe did him dirty by stealing the recipe, pushing off the cocktail as his own “Flaming Moe” creation, hiding the secret ingredient to hoard the success, and simultaneously transforming the lowly Moe’s Tavern into Springfield’s hippest destination for libations. Just as he’s about to sign a lucrative deal with a corporate magnate in the alcohol/beverage industry,  Homer understandably grows mad at his backstabbing pal’s unwarranted success and derails the entire operation by revealing the secret ingredient to a packed house. The Simpsons, regularly referencing classic films and moments in historical cultural, alludes to The Phantom Of The Opera as Homer partly hid his face with a bath robe.

Now, the shoes: While the adidas ZX 1000 has no real connection to the episode, the brand colors up the silhouette in the colors of the purple drink, adding a flaming overlay at the mid-foot, a Flaming Moe’s logo on the tongue, and an awesome lace dubrae. The thick piping, also seen in the Krusty Burger adidas, mimics that illustrative feel. A release date has not been revealed, but stay tuned. 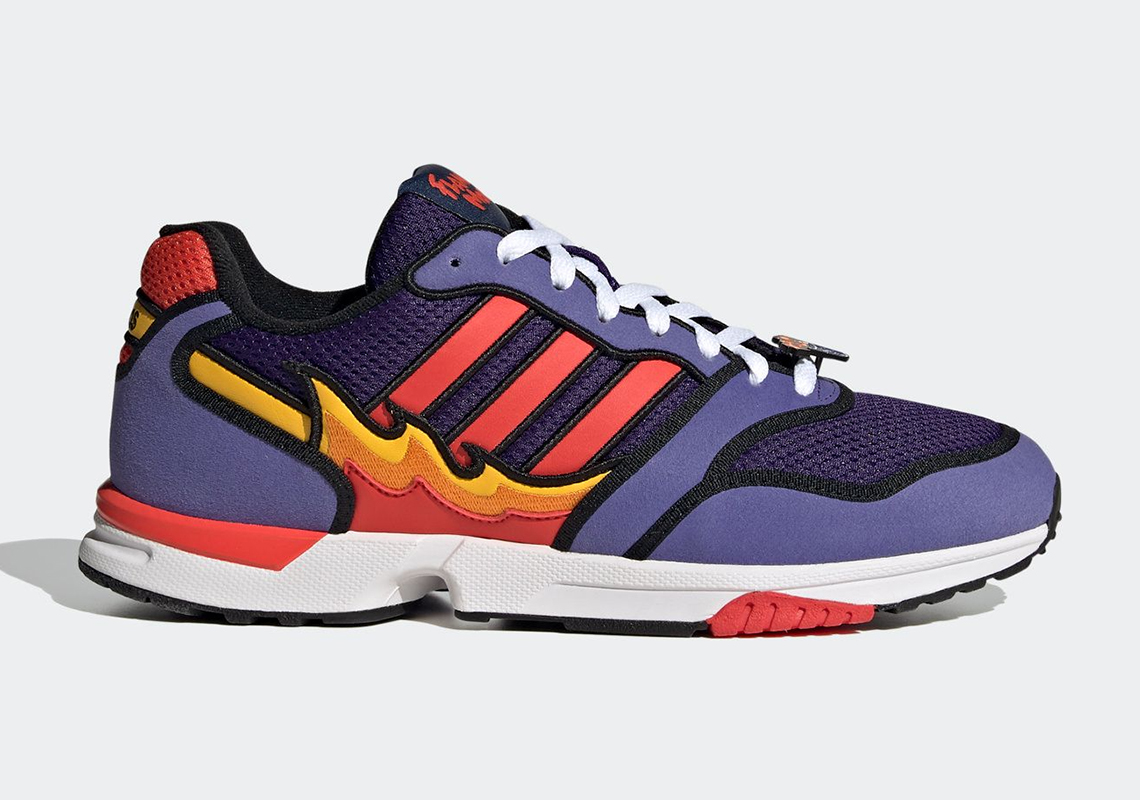 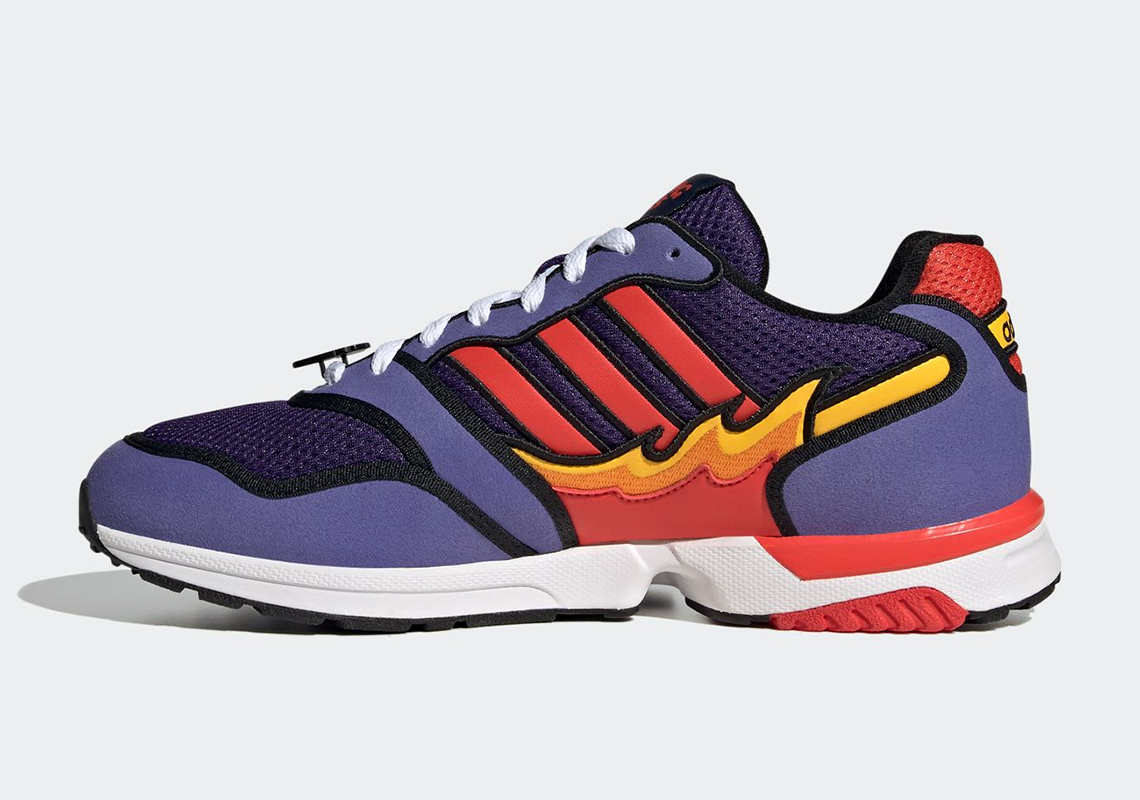 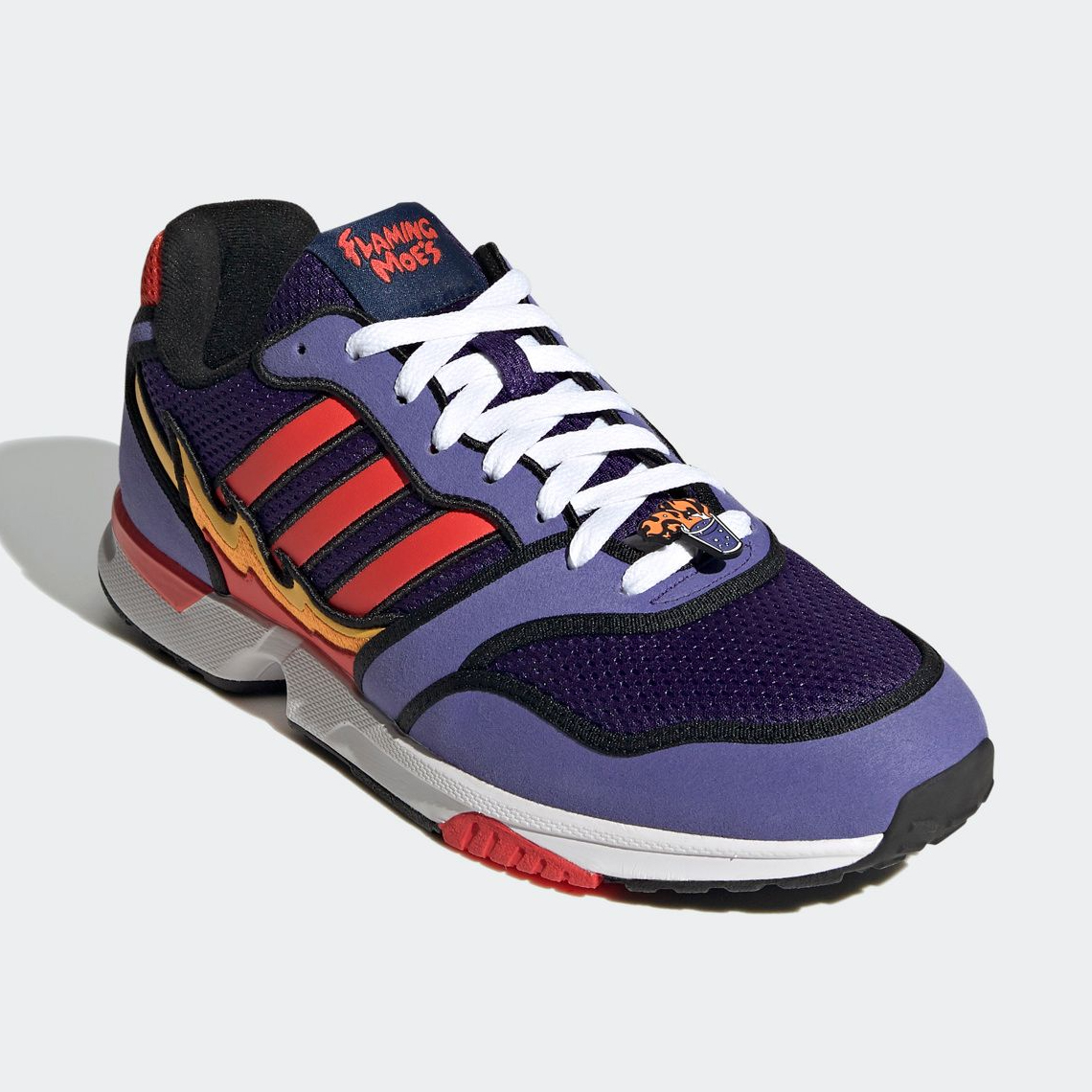 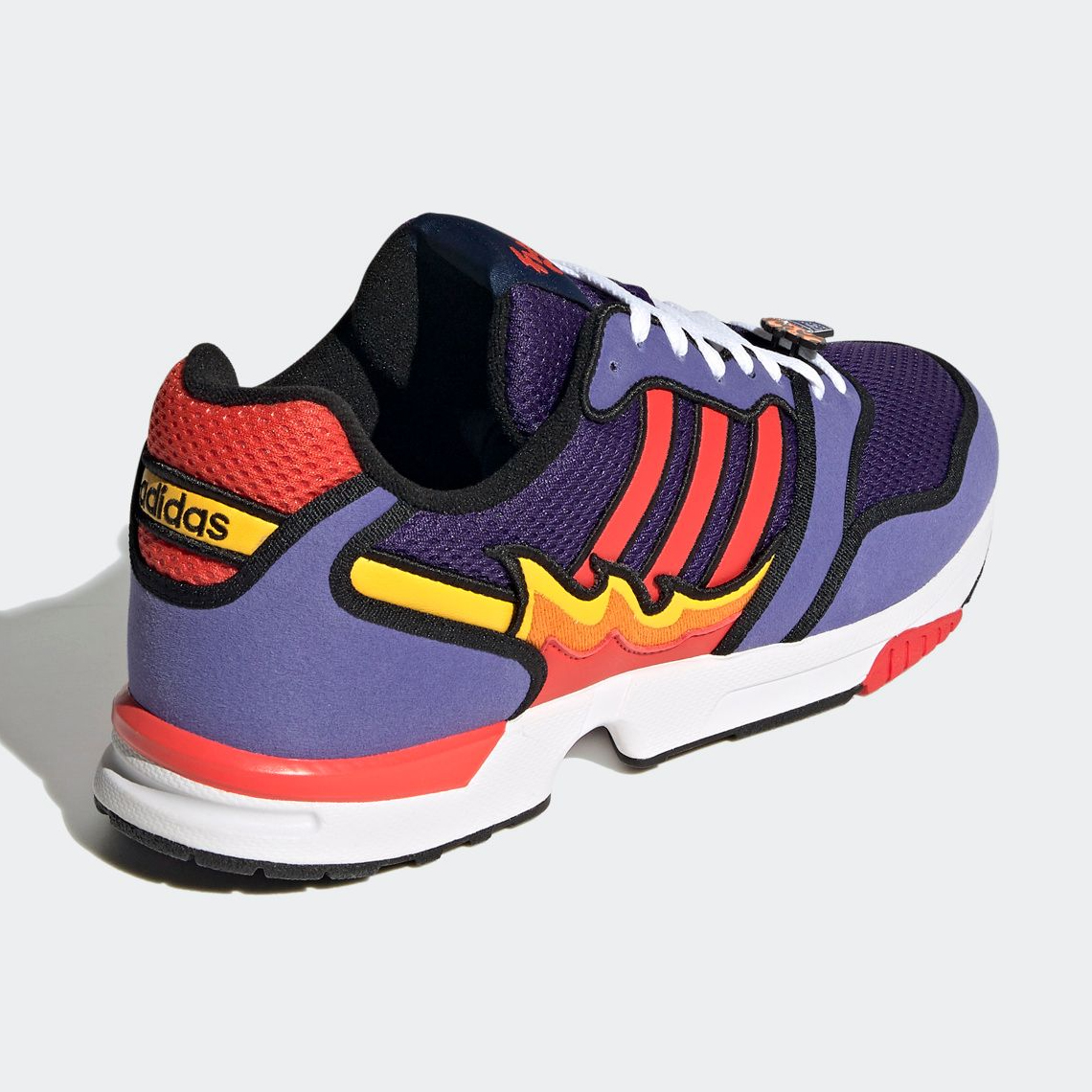 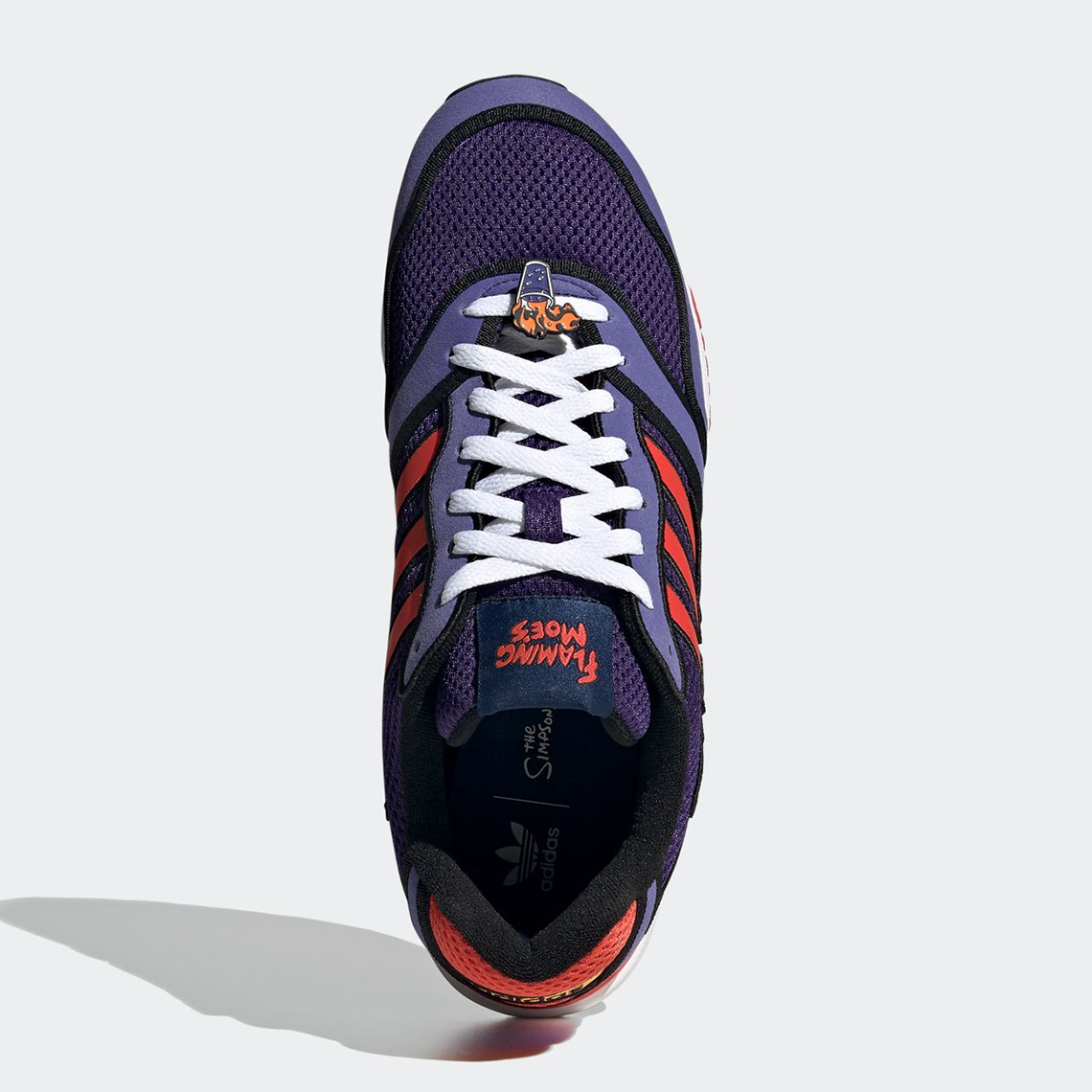 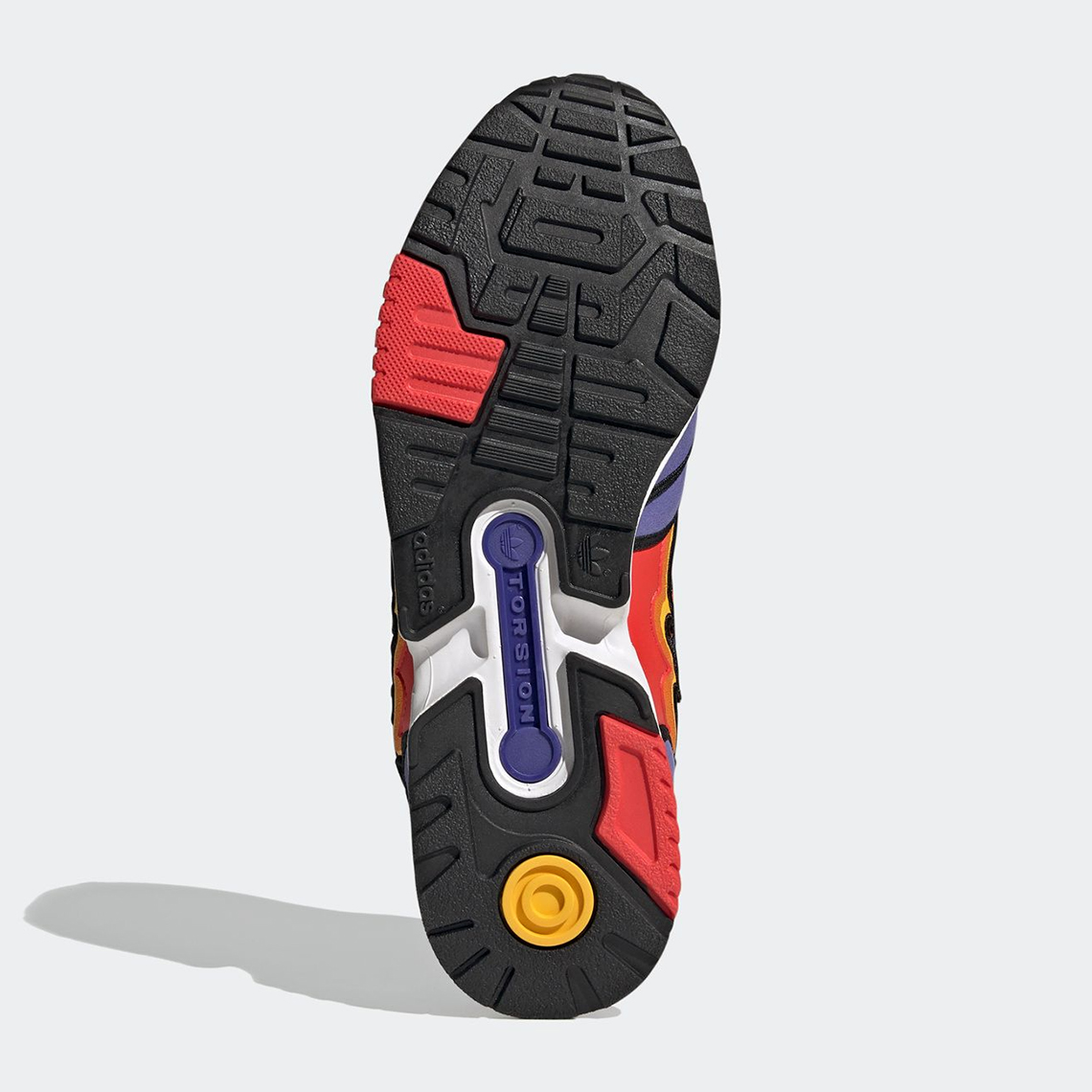 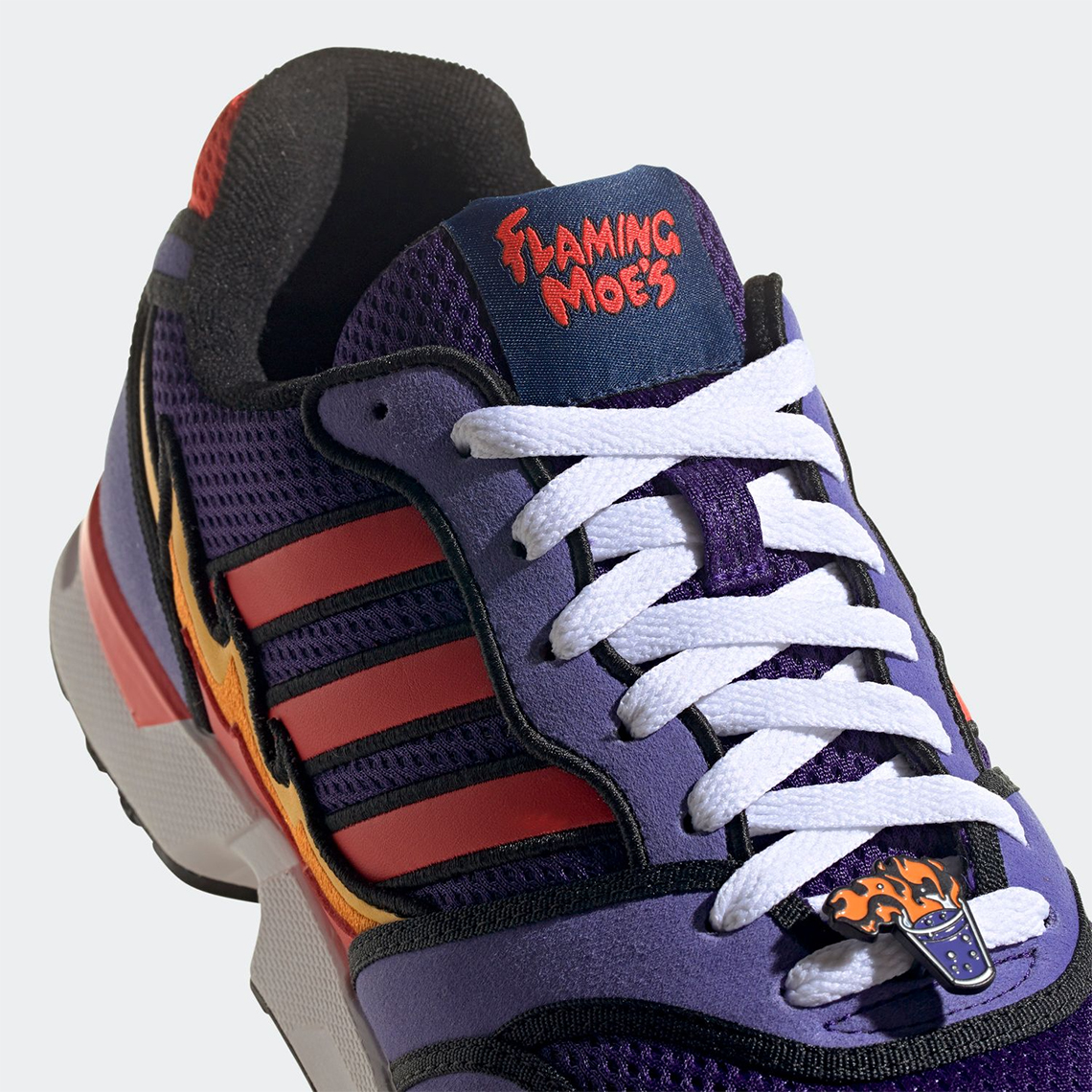 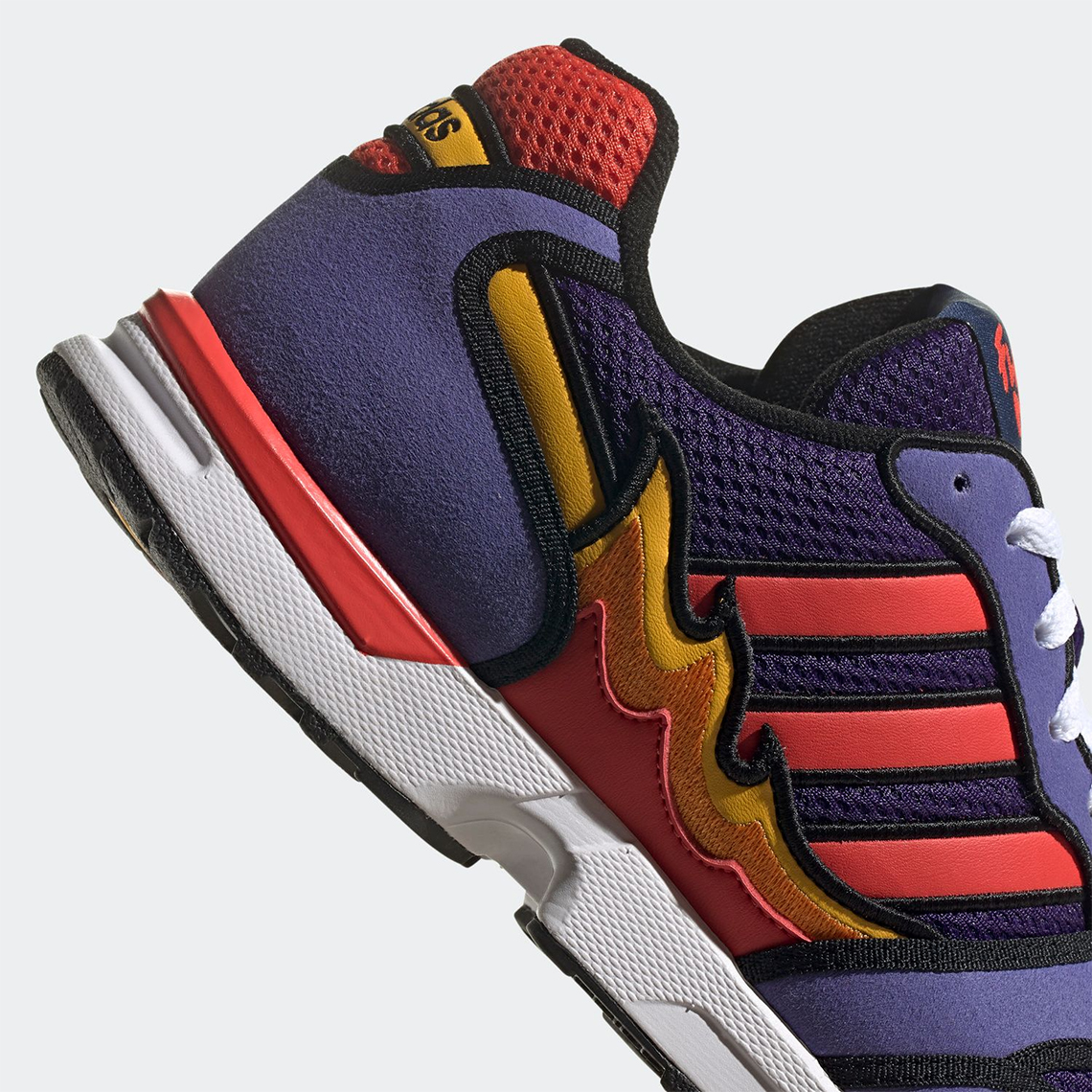 The post adidas Mixes Up A ZX 1000 Inspired By Flaming Moe’s
appeared first on Sneaker News.

The post adidas Mixes Up A ZX 1000 Inspired By Flaming Moe’s appeared first on Sneaker News.