Jun Takashi’s UNDERCOVER label has produced a handful of notable collaborations with the Swoosh over the past few years. For its first joint-project of 2021, the Japanese institution has flexed its creative muscle on the fairly-novel Nike Overbreak, which has recently appeared in a predominantly “Sail” colorway accompanied by rich red accents.

Ornate, the forthcoming pair indulges in a canvas, synthetic leather and suede across its upper, with profile logos boasting an eye-catching metallic finish. Unlike previously-seen iterations, this third option boasts a two-tone top-half, with mudguards delivering stark black contrast to the off-white base. Embroidered roses appear on the lateral mid-foot, and complement the scarlet tone that animates the label on the tongue, as well as the Nike React cushioning’s reinforcement at high-wear zones. The remainder of the aggressive tooling dons a “Sail” makeup that allows the aforementioned tones to seem much more pronounced.

Enjoy official images of the latest Overbreak here below, and anticipate pairs to start arriving to Nike SNKRS before February ends.

For more from NIKE, Inc., check out the Air Jordan 10 “Dark Mocha” likely to launch by autumn. 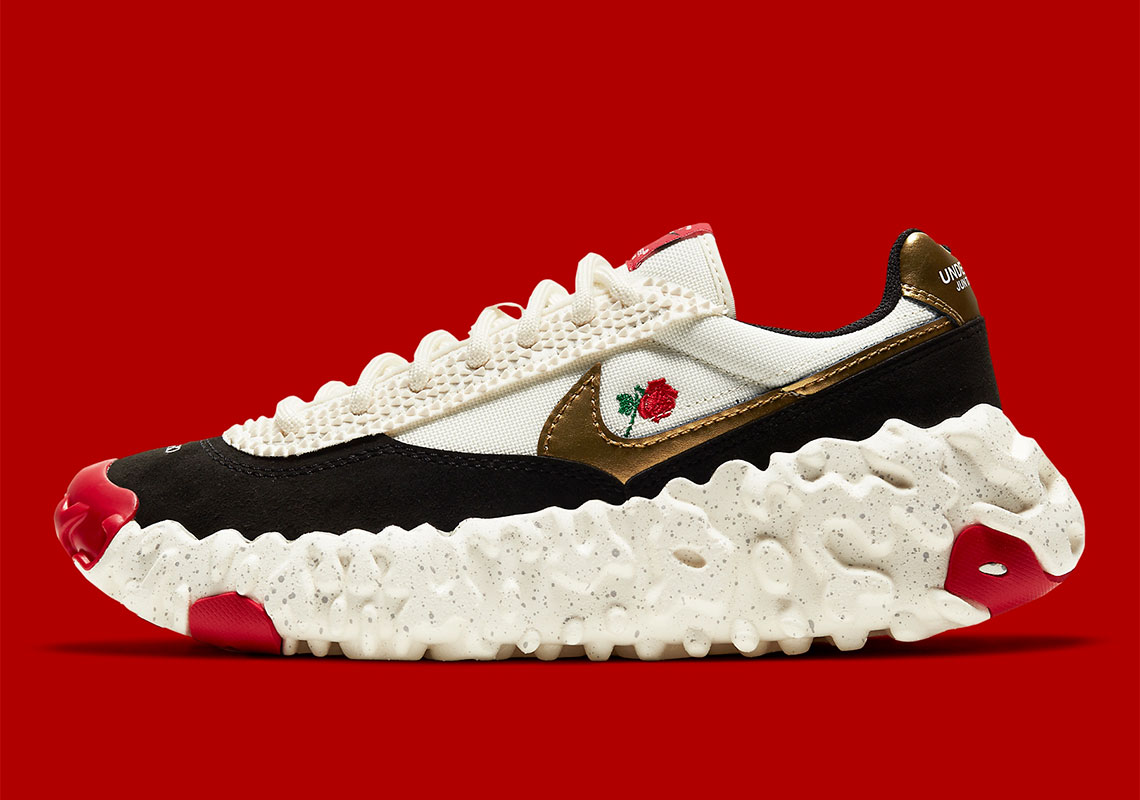 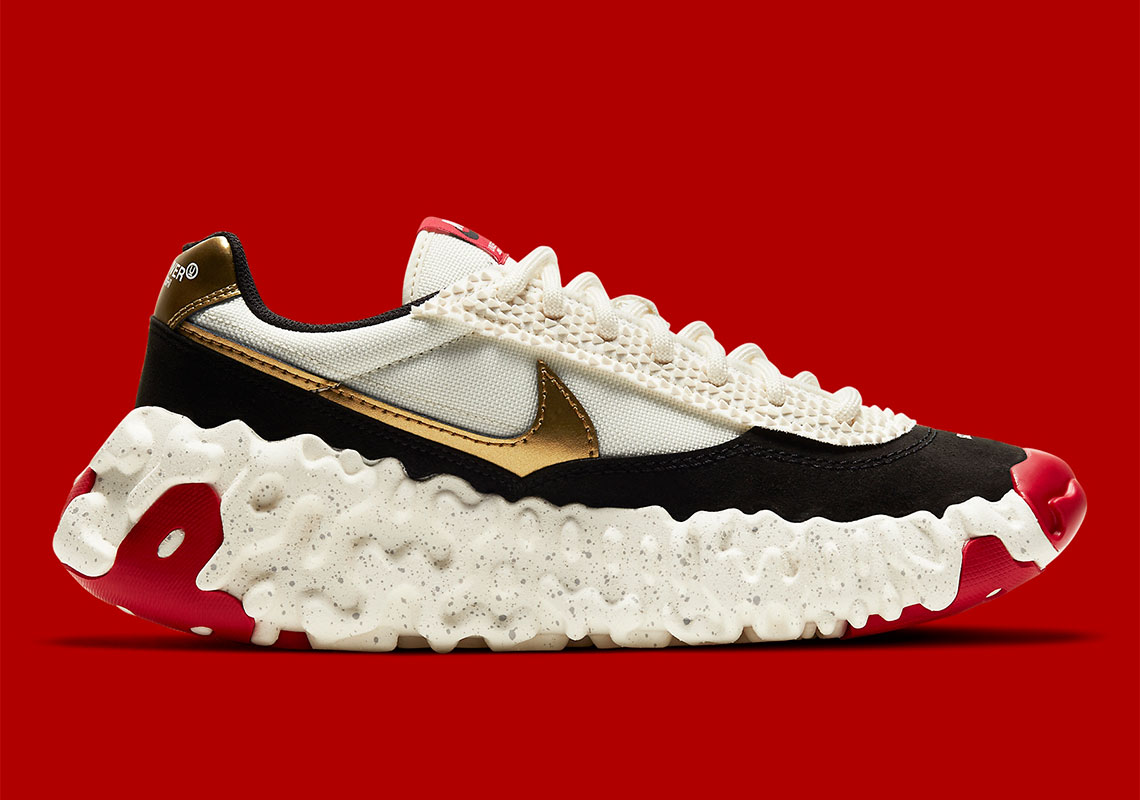 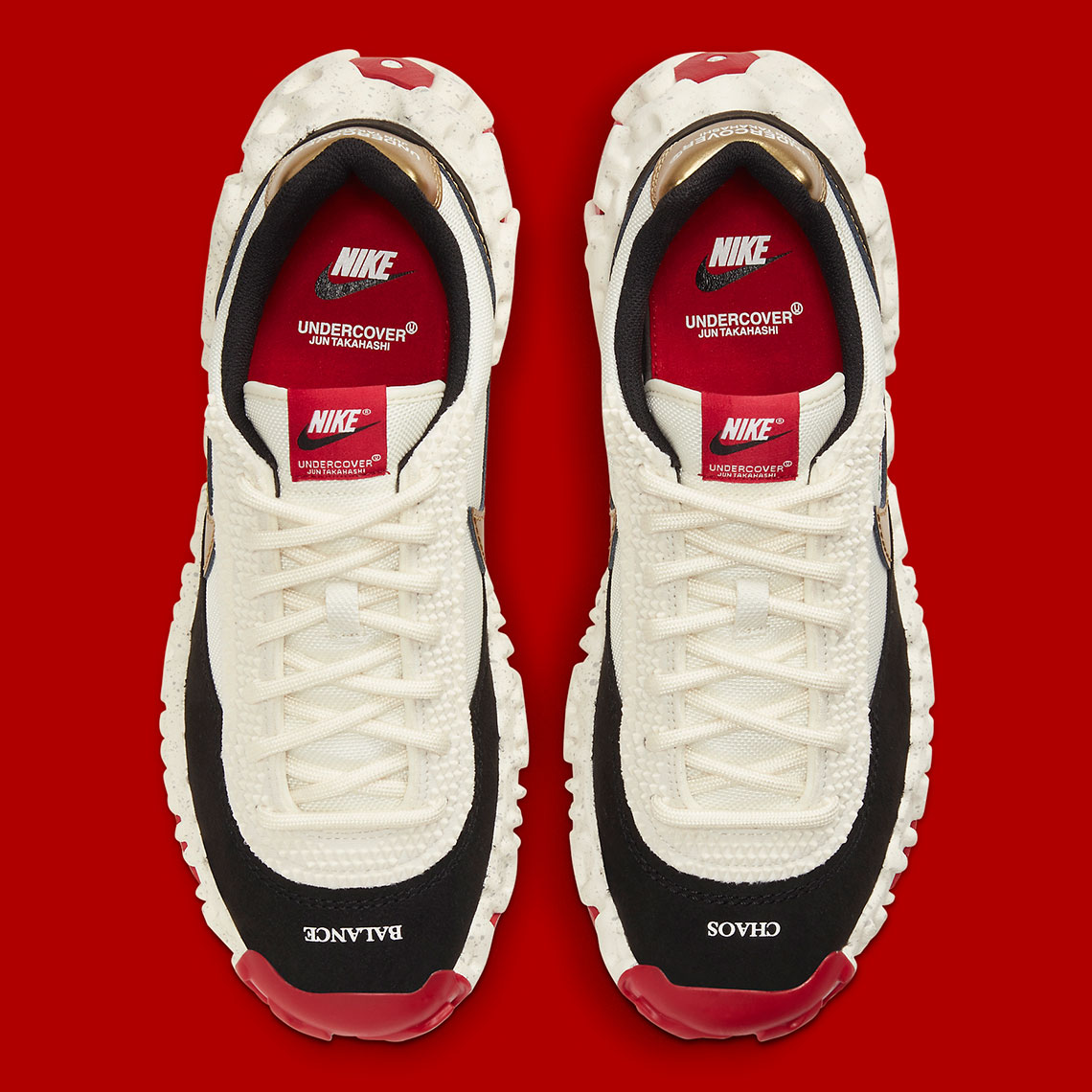 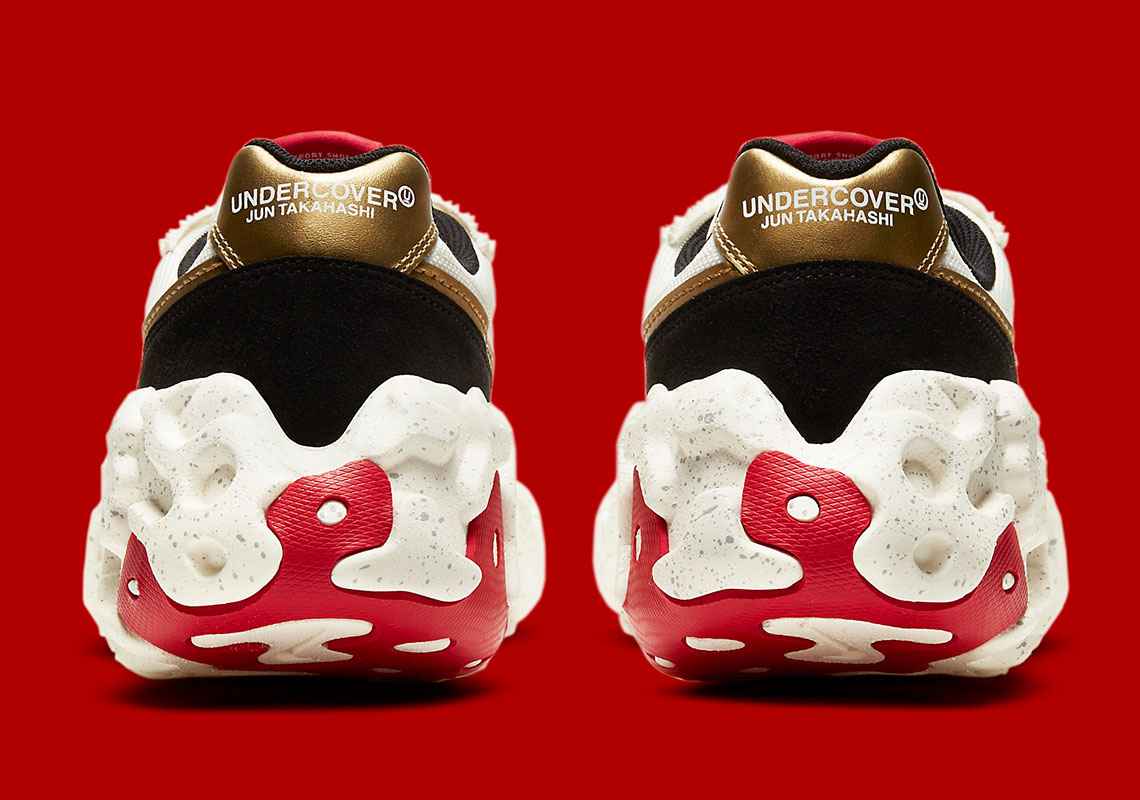 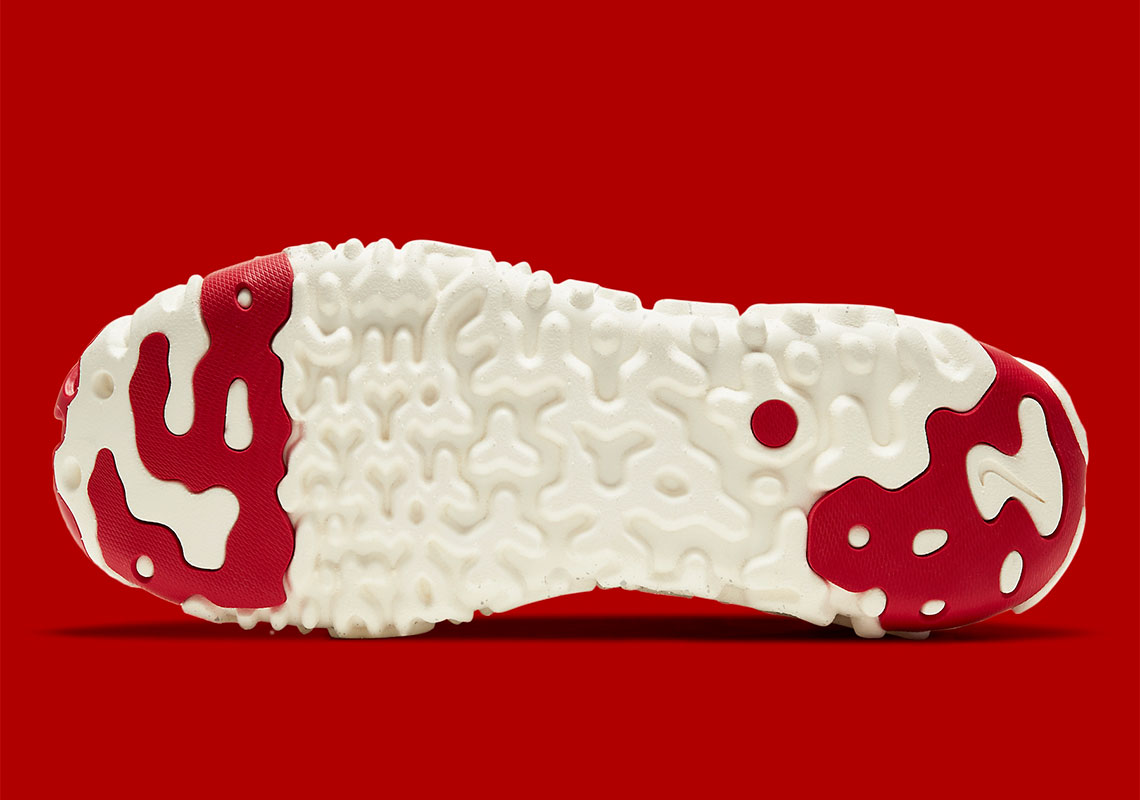 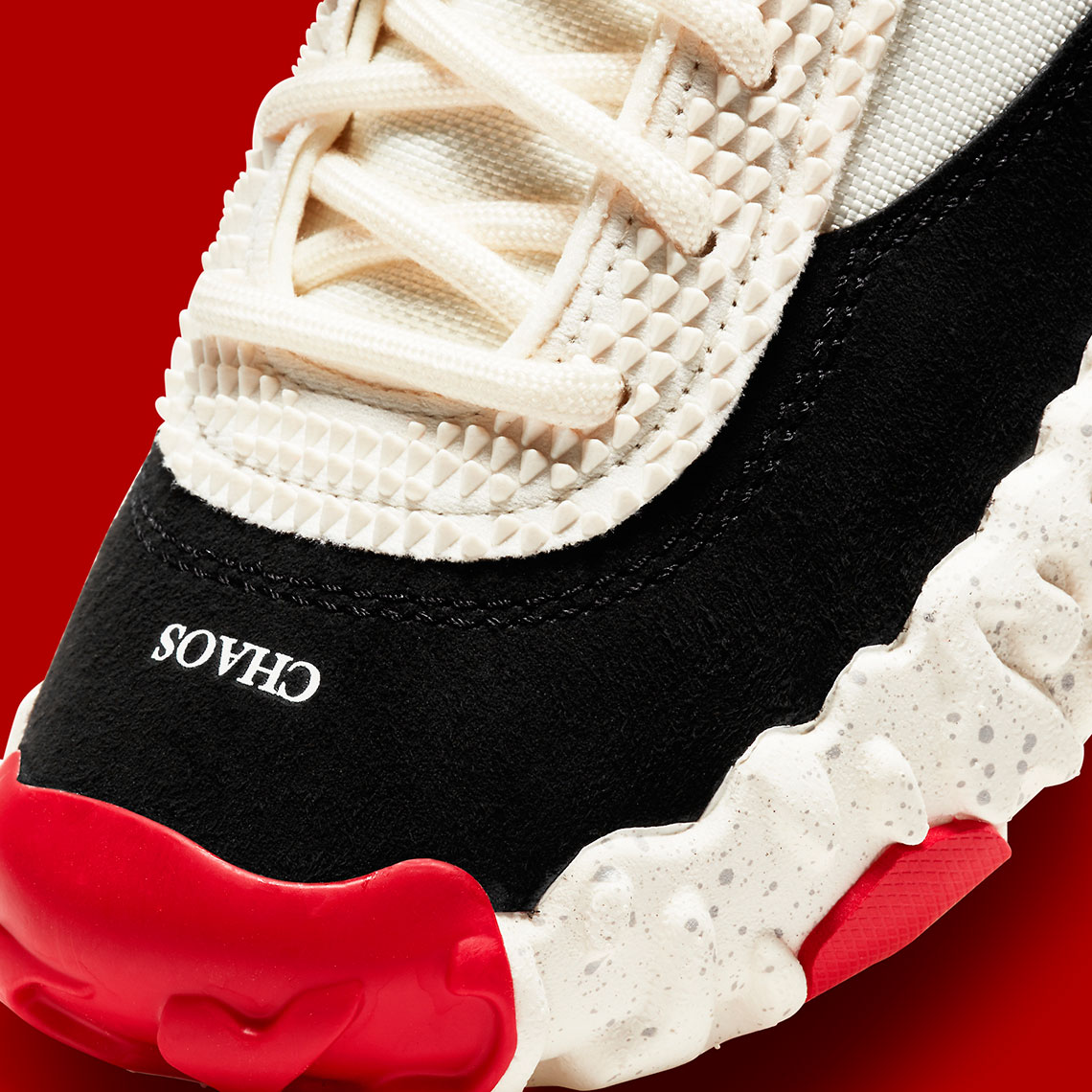 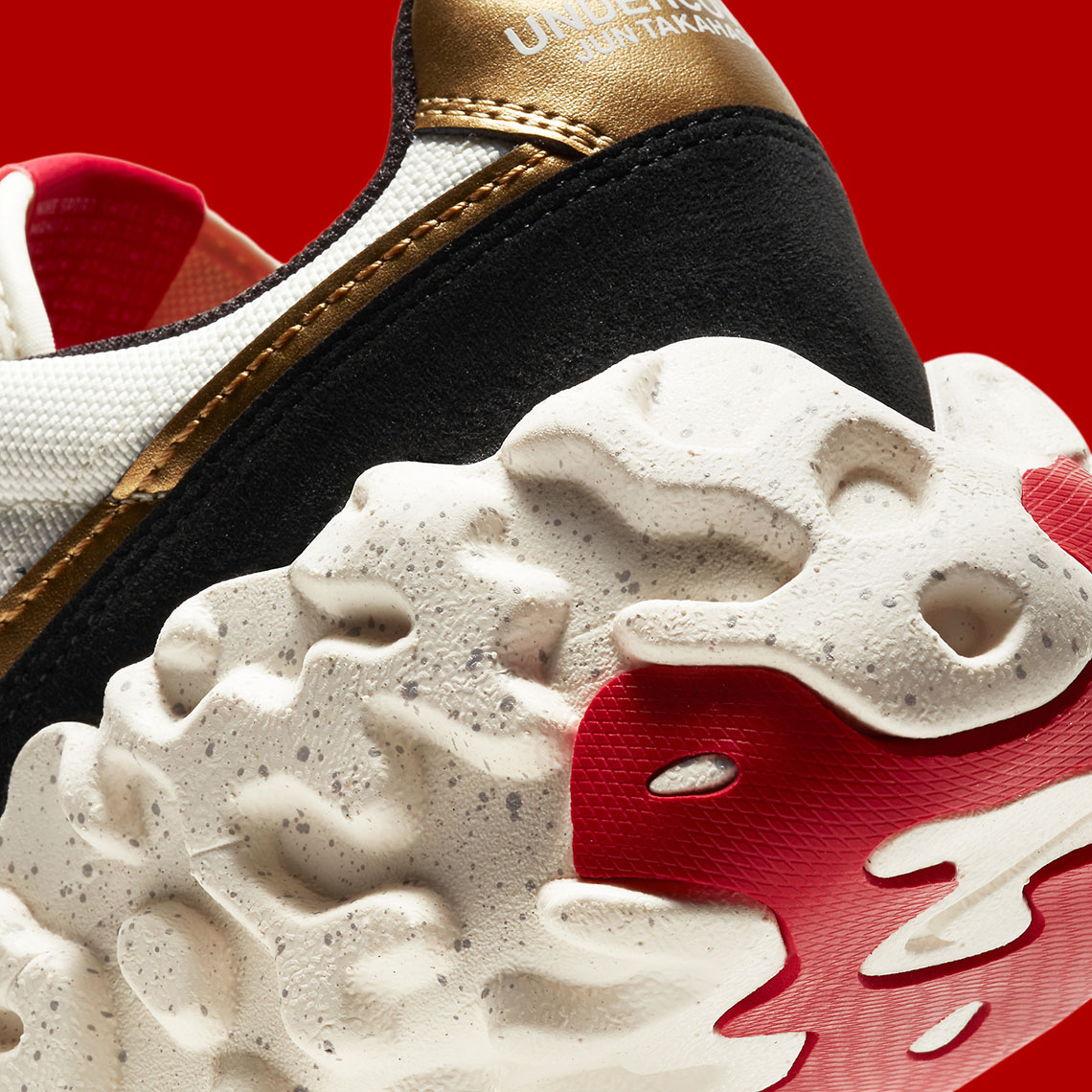 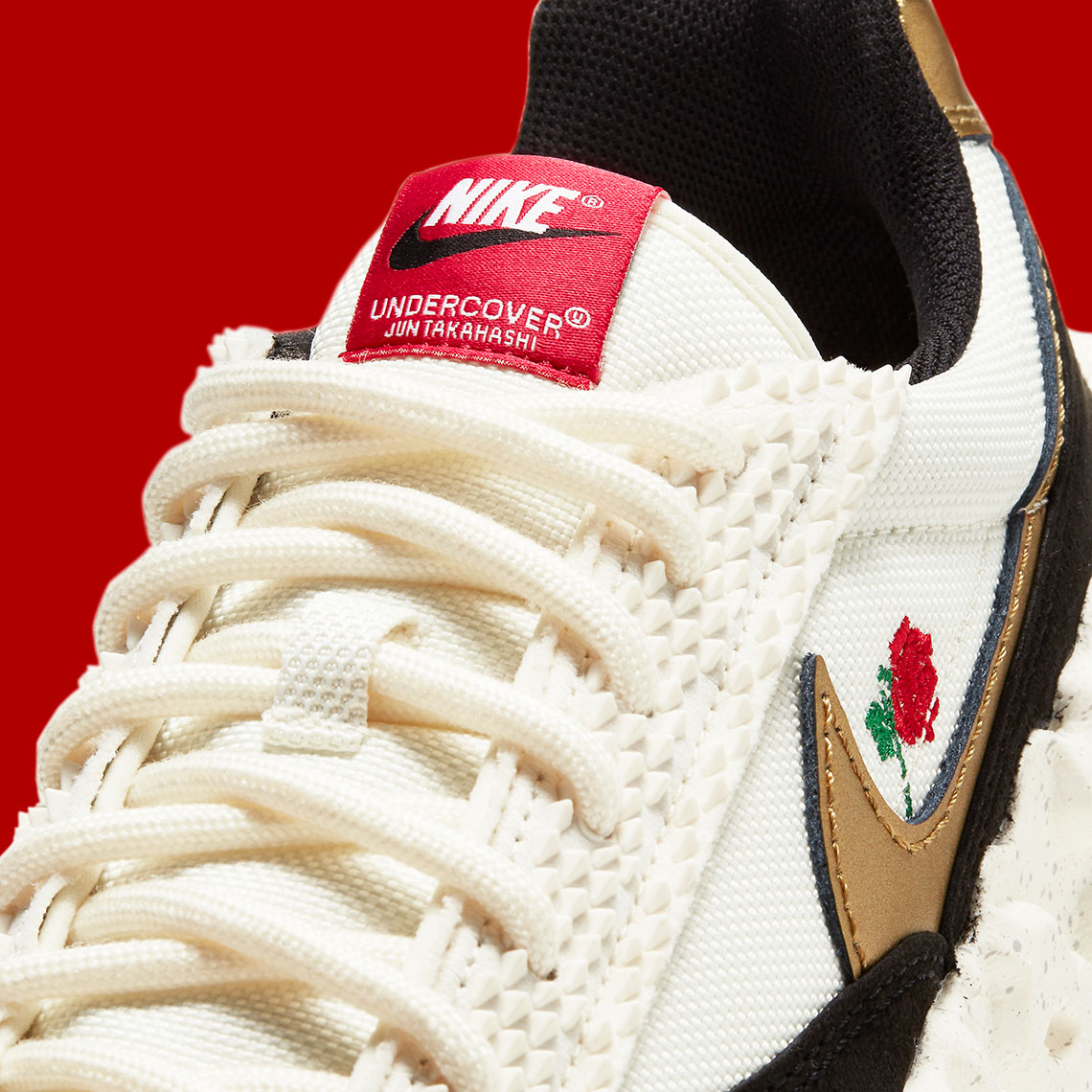 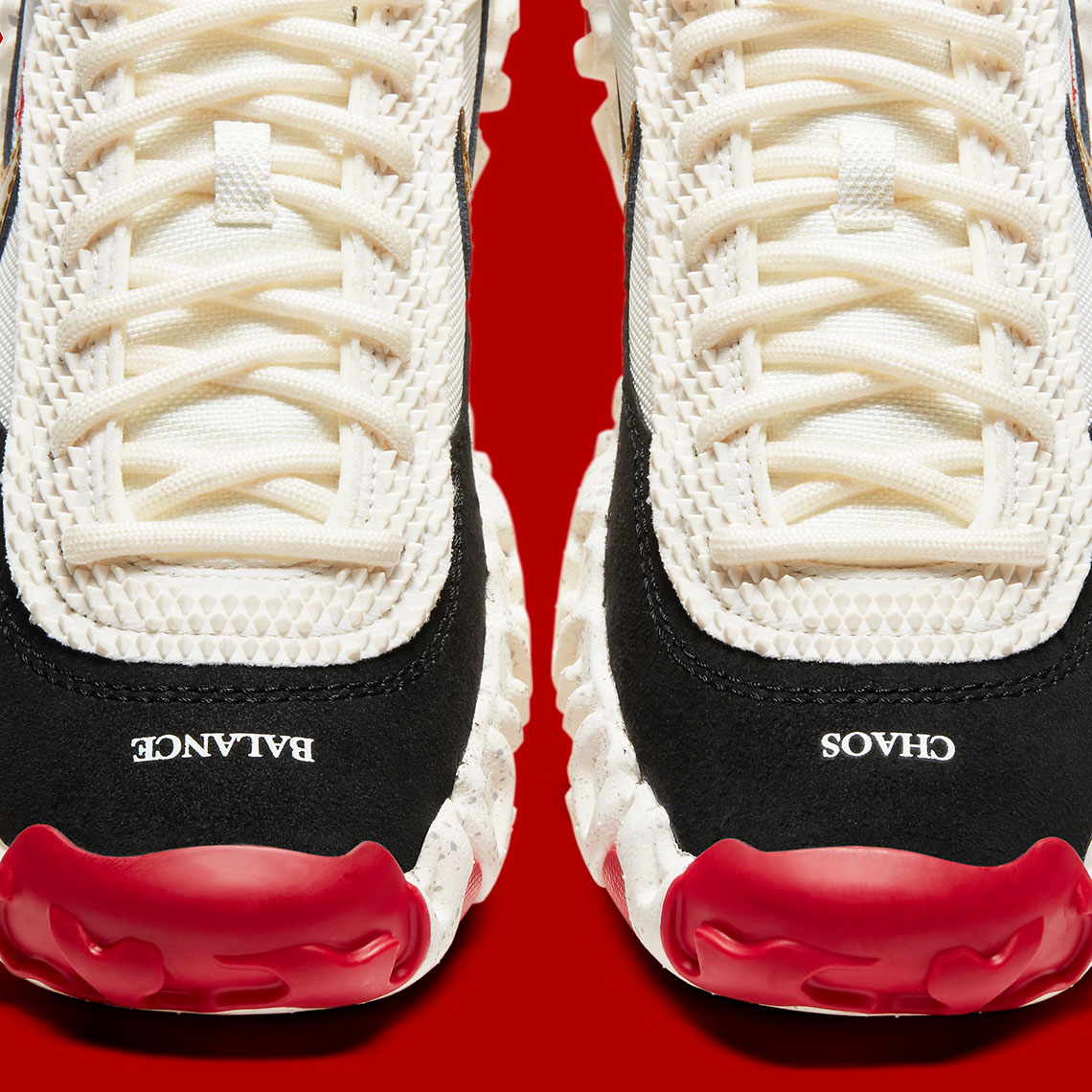 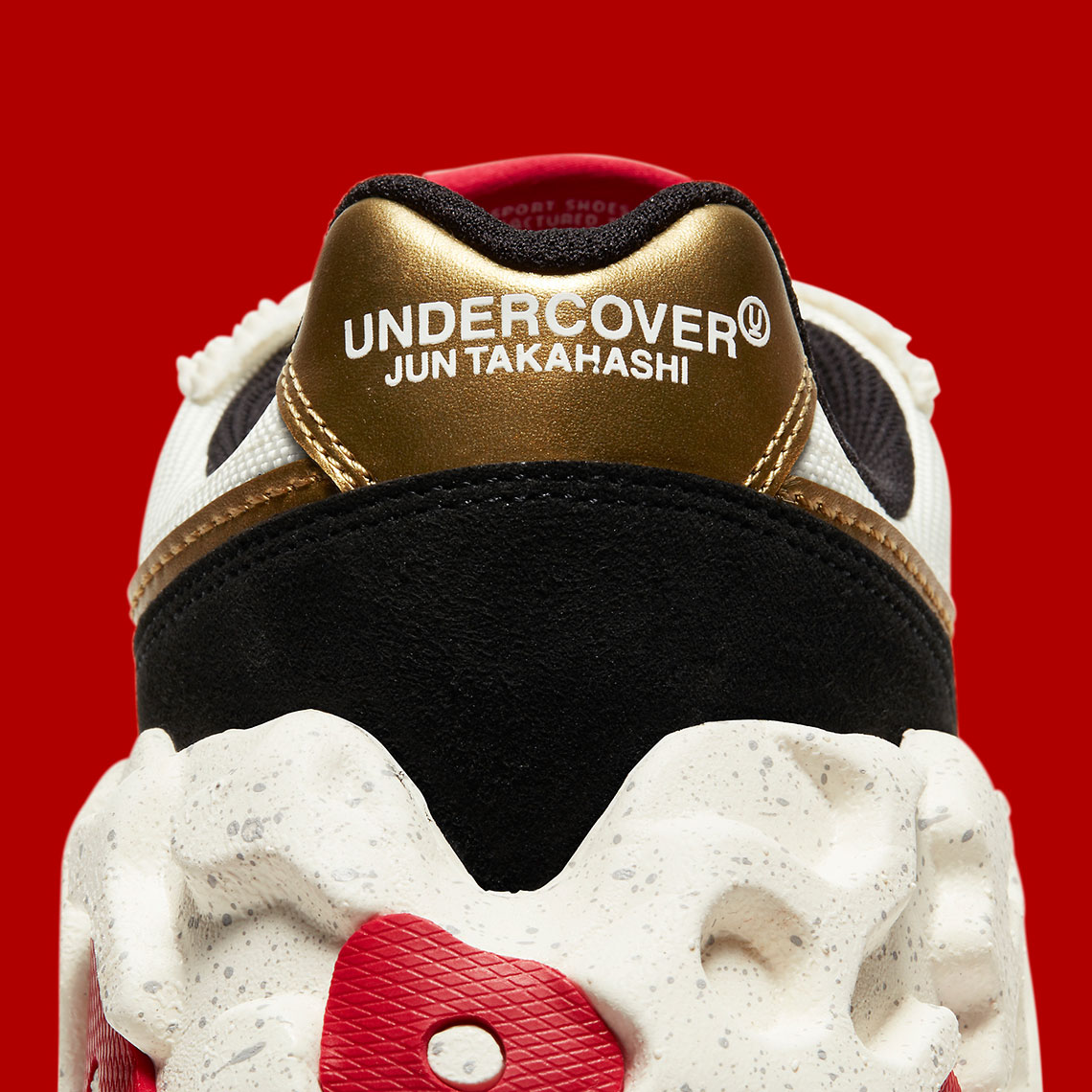 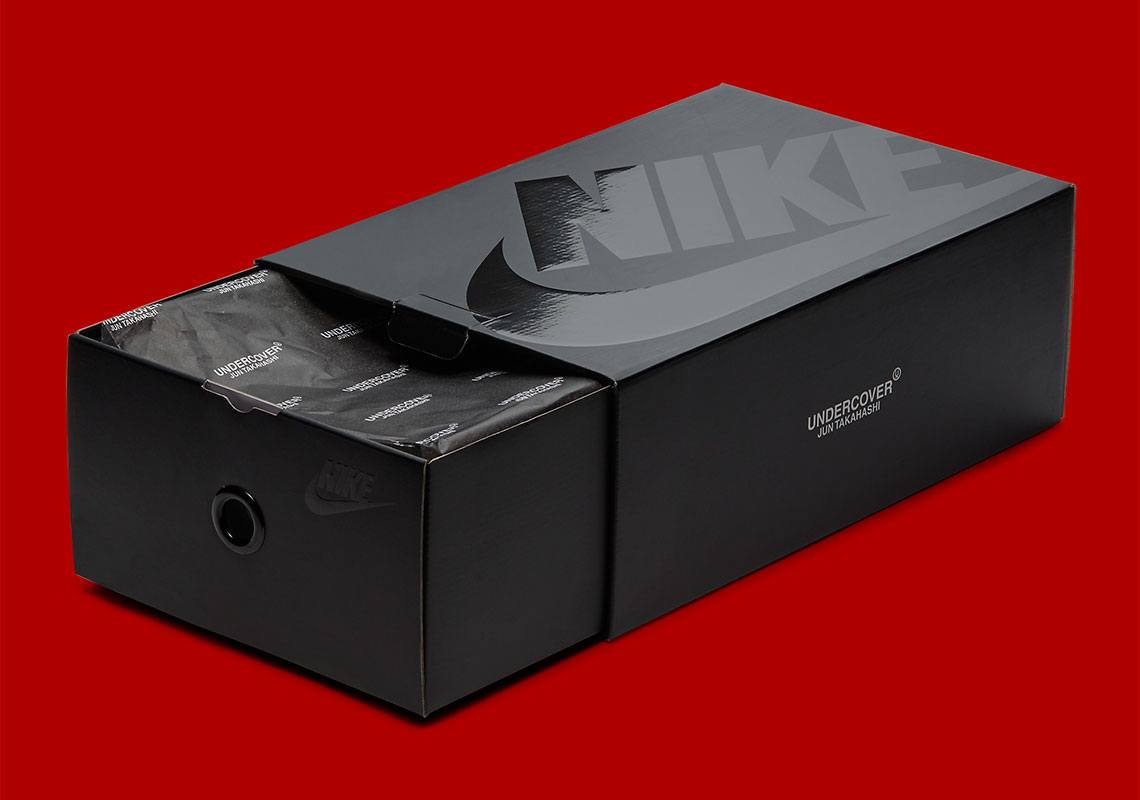