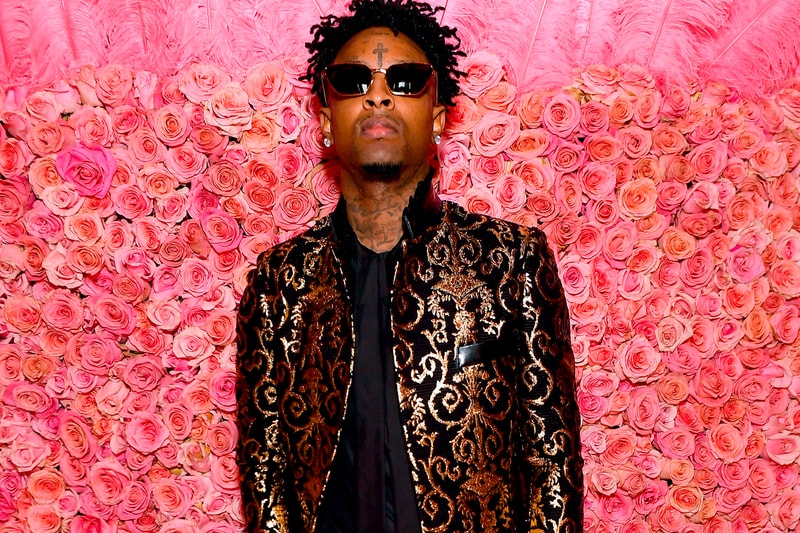 According to reports, the 28-year-old rapper earned a total of 21 gold and platinum RIAA certifications between the months of October and December 2020. “Being the biggest songwriter of Q4 is a huge honor,” 21 said in a statement. “Writing is my passion, and seeing that success reflected is a good way to start 2021.”

NMPA President and CEO David Israelite said, “2020 was a huge year for music as more and more people turned to it for entertainment and comfort as the pandemic continued on. I commend the songwriters certified in Q4 for their creativity and perseverance through this unprecedented time,” adding, “Particularly 21 Savage who proved his dominance with solo and collaborations that went five and six times Multi-Platinum.”

In October 2020, 21 Savage and Metro Boomin finally released their highly-anticipated followup collab Savage Mode II. The 15-track project, which featured Morgan Freeman as a narrator, debuted at No. 1 and was named one of HYPEBEAST’s Best Albums of 2020.

Elsewhere in music, The Weeknd recently touched on his GRAMMY snub and compared it to a “sucker punch.”